After we finished our `peasants food' dinner in Lyon and were heading back to hotel `Le Royal' [please note name - it had to be fit for the queen] it had started snowing. It snowed thru the night and the next morning we were at the station looking for a train to get us to Dijon. Personally, I was a bit worried. Enquiries had shown that this would be a local commuter train with loads of stops. We had two suitcases. These were a worry. Two of our friends [very experienced travellers and alert guys not garden variety yummy mummies or cut out tarzans] had been robbed on 1st class trains. As we reached the station in a moment of serendipity there was a TGV [fast non stop] train to Dijon. This was a bit of comfort. Got in put our bags and watched them. Once we set off we relaxed.

Miles and miles of white. The photos show it. The train did not travel full speed, maybe it did, there were lots of announcements, all incomprehensible. We reached Dijon to more snow and a long taxi line. Reached our hotel another one of those old buildings but this one had a modern interior. Good hotel.

We set out. Its really pretty. The snow had stopped but walking was treacherous. Today being Saturday we plan on some real exploring. As I look out of the window its all white but no falling snow.

Dinner was really good. We went to the old style restaurants that serve local food. Arti had 6 snails and I had a ham terrine as starters. Main courses were Coq Au Vin and Beef Bourginion. This was just as we learnt to make it in Cordon Bleu. Rich sauce thickened with flour, with the garnish of a small fried bread, lardons and browned shallots. Unfortunately not being a fine dining restaurant the lardon and onion was not served as a real garnish but was sort of mixed in. Really good stuff. Washed down with a bottle of red wine. The wines here are so cheap and plentiful. I really wonder when Indian importers will start importing wines that are cheap and light. The wines we get in Mumbai are just so heavy and unsuited. Arti had a cheese selection to finish while I had a delightful ice cream.

I really really want to get an ice cream machine. I am so tempted to just buy one in London and hand carry the thing. 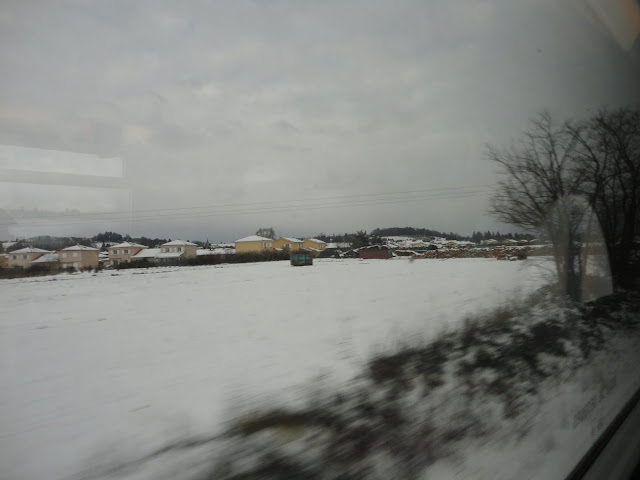 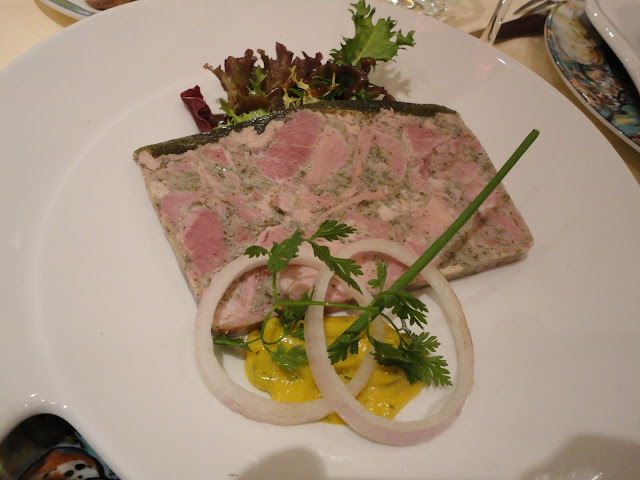 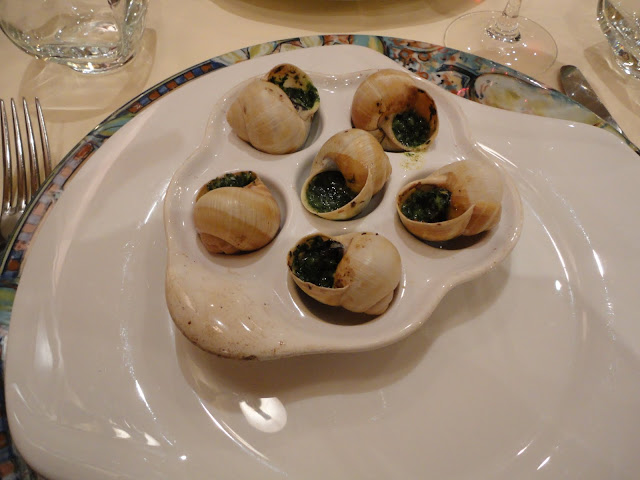 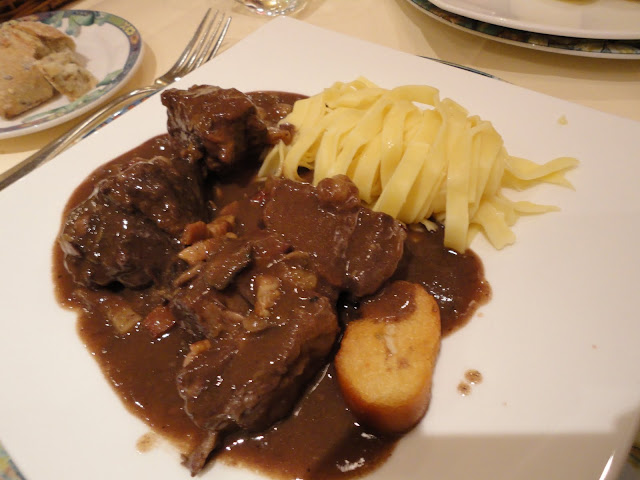 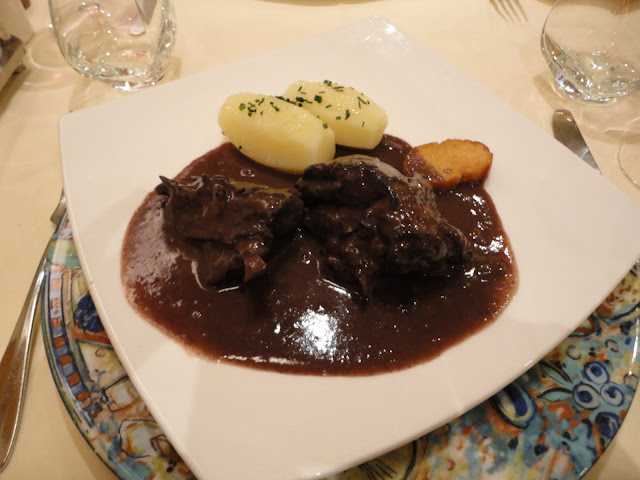 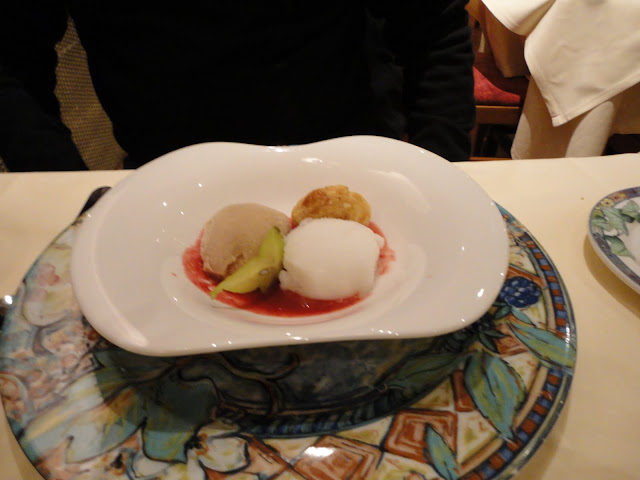 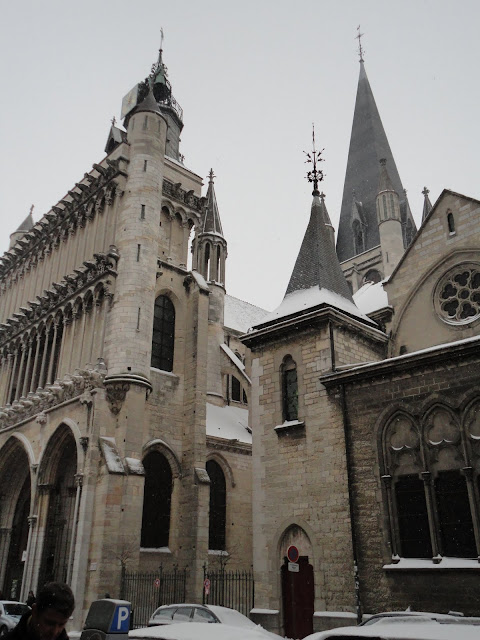 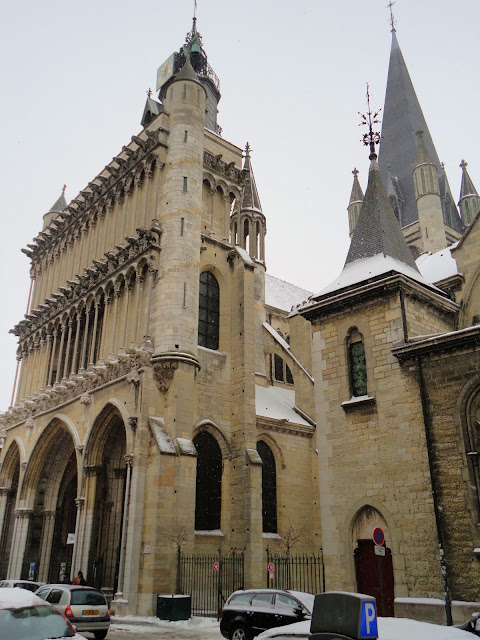 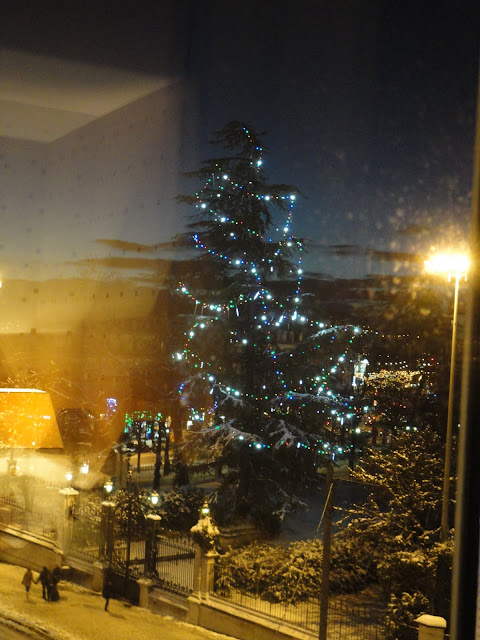 Anyway that is about it for now.
Posted by Stonethrowers Rants at 3:08 PM