In Ghent we stayed 3 nights. The 3 dinners we had, thankfully, started from cheapest and simplest to most expensive and pretentious. Mind you Belgium has a very high number of Michelin starred restaurants. We had made a decision to stay away from them all and try and eat local specialities.

Ghent is the only city in Europe to have one vegatarian day - Thursday. That should make most Indian happy, `Gurwar'!!

On the first night we had dinner at a place called Chez Leontine. This is a described as a Bistro offering local Flemish specialities. Chez Leontine is attached to one of the larger bars in Ghent, the kind that prides itself on selling 350 types of beers. So all in all, it’s hot on the cheap and cheery tourist recommendations. We were not expecting fine dining but homely hearty food. 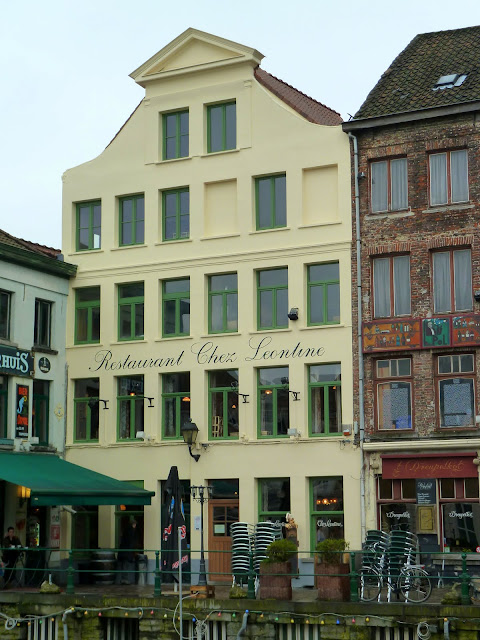 One of the dishes all restaurants offer is croquettes. A croquette is made using a very thick Béchamel Sauce or white sauce as we know it. In this is added flavouring such as cheese, mushroom, ham, shredded curried chicken pieces and what have you. This mix is then shaped into small cubes or cylinders and cooled to harden. Then the mixture is covered in a classic bread crumb batter and deep fried. They are really quite delicious. The tragedy was that the waitress forgot to place the order. So we never got them. We did eat them several times later. So this elaborate description shall not go waste.

HRH the Queen of Kutch ordered Rabbit which was stewed with Prunes in the local Chimay Trappist Beer. I ordered the other local speciality of Beef stewed  with Trappist Westmalle and Rodenbach beers, this dish is also known as Beef Carbonade. HRH the Queen loved her stew. It was a very large portion, a whole rabbit. It was very good, no doubt on that. My beef stew was a little underwhelming, I added some salt and it perked up. All this was had with some good Frites. I was offered Mashed Potato but I thought what the hell, I am in Belgium one should eat Frites. A decent cheap meal. Delivered in accordance with expectations. Job done, stomach full walked back to the hotel.

The next night was dinner at t’Vosken which means Fox. This place is a Ghent institution having been around since 1908. Though it is that old the interiors were thoroughly modern and fresh. It was Saturday night so a lot of the locals were out for a meal and were eating here. 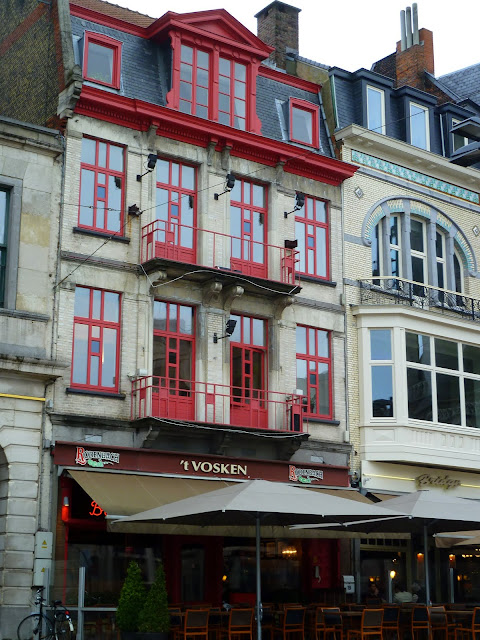 To start we finally got ourselves two croquettes. Croquettes come in servings of 2 or 3 and you can choose if you want one or more versions. We got one portion of two croquettes, one being ham and the other being shrimps. Delicious. Just right with the beer. I do not know why we do not have any place serving this in India. It is really tasty.

HRH the Queen had a Fish Waterzooi. This is a really local Ghent dish. A Waterzooi is normally fish but can also be chicken which is poached in liquid, usually water with aromats – celery, carrot, and leek. Then Cream and egg are added and the liquid enriched and thickened. This was indeed delicious. The stock was rich, fishy and the fish in the dish delicious. A good hearty fish soup.

I got a ham slice with a Mustard and Cream Sauce. It was nice without being particularly good. The sauce was decent but the Ham was overcooked and had got stringy. Pity. But all in all a decent meal.

The last night we were booked at a restaurant called Belga Queen. This was a new upmarket restaurant with aspirations to greatness. It was located exactly opposite our hotel, albeit across the river. A short walk over the bridge nearby and we were at the restaurant. The restaurant is inside the oldest building in Ghent. The building is old. On entry we realised that the old facade was just that, a facade. Inside everything was new done up in chrome, wood and glass. It was a beautifully renovated interior. The toilets were fabulous worth a special visit. The restaurant stretched over several levels, with the kitchen being on the top. Included inside was a lounge a bar and a restaurant. The kitchen staff was more than happy to pose for a photograph when asked. All very friendly. 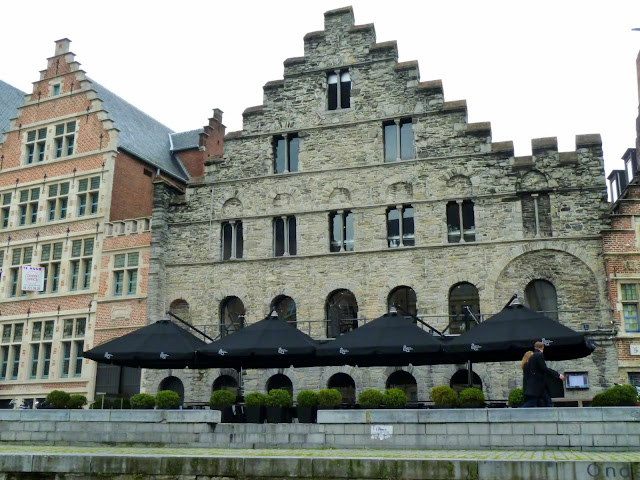 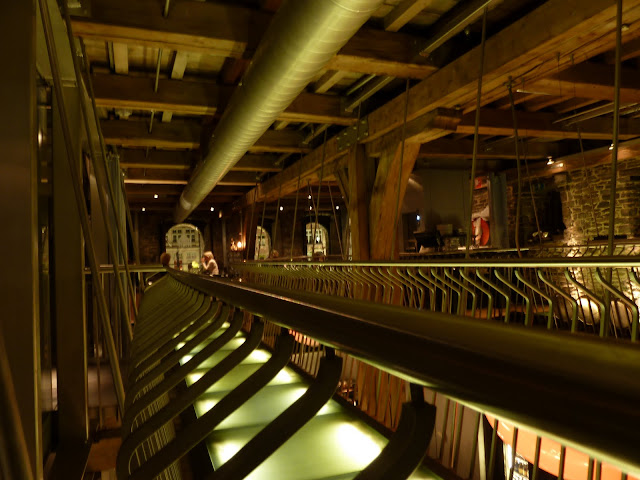 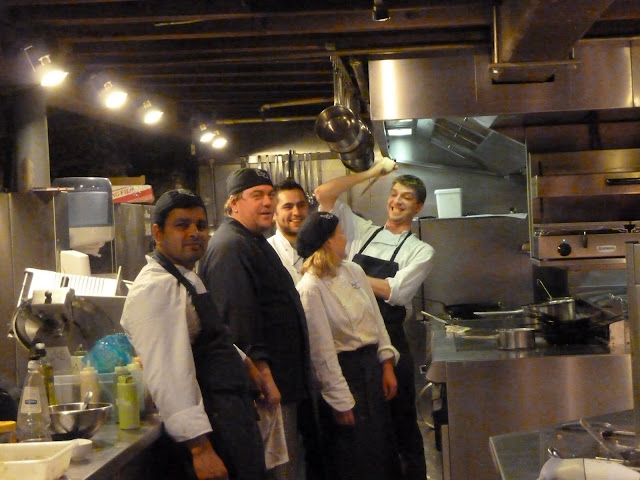 One of the symbols of Ghent is ropes. The waiters were all dressed in a uniform that has a rope. How very clever and at the same time how very pretentious.

For starters HRH the Queen of Kutch ordered a Beef Carpaccio. This she pronounced was the best she had ever had. It had lots of Parmesan and lashings of Balsamic Vinegar. It was good.

I ordered Smoked Salmon. This was good. Again, not astounding but exactly what it said on the tin.

For our main courses HRH the Queen had a Chicken Waterzooi while I ordered what was a local speciality Liege Meatballs in a Beer sauce. The Waterzooi was very well presented but HRH pronounced that the fish Waterzooi she had the previous evening at t’Voksen was better. I could believe that. My meatballs were once again competent. Not excellent but competent. Again a satisfactory meal.

Overall impressions, food was competent and up to the mark. Nothing unusual. Food was cheap and beer dirt cheap. By Indian standards the food would be superlative. But Indian standards are Indigo Deli and the like. We really have nothing to compare. You will eat well and drink very well in Ghent.
Posted by Stonethrowers Rants at 2:50 AM