We left Hong Kong and got back to base, but, not without some food and hilarity.

Morning started with packing which was completed in no time. Then Her Highness Arti Devi, Queen of the Kutchies declared that she would like to buy Oyster sauce. So we trooped of to the supermarket where we proceeded to buy Australian Sweet Potato, feel every avocado in the store to check if they were ripe and, finally, buy Oyster sauce. Next was lunch.

We had Drunken Chicken which is a cold starter. This is a beautifully poached chicken complete with exquisite skin doused in Shao Xing Wine. Then we had the special Pork Dumplings with the soup inside. Good. Arti ordered a noodle soup with a fried pork cutlet and I asked for a Hot and Sour Soup [not Sour and Pepper]. Our usual of a green veg with garlic was also ordered. Arti’s soup was large and delicious. Mine was once again, different. It was definitely sour with a sweet undertone. It was full of mystery mushroom, mystery meat, tofu, and red in tone. No egg drop in this one either and no Kothmir. Lunch over, we languished in the hotel lobby and caught a cab to the hotel. Please see the photos of the cooks making the Pork Dumplings. Total cleanliness. No syphilitic Maharajas touching each dumpling and in turn parts of their anatomy.

HK airport duty free booze is a pathetic mess. Nothing except Brandy and the very limited whiskey selection. So we trudged to our lounge where we waited.

Suddenly an Indian complete with man boobs, red T shirt, shorts, black [as in office wear] socks and brand new trainers breezes in wearing what to me looked like a chastity belt with a huge locking arrangement across his gonads. Before I could whip out my camera and capture a Sony moment, he went into the toilet. I asked Her Highness Arti Devi Queen of the Kutchies what that was about. She said, looking at me pityingly that “he does not have a chastity belt on, that is a pouch, and he is a Homo sapien not Kangaroo”. I was reassured. Soon Man Boobs walked out with what was a purse slung on his shoulder, hair neatly combed. I once again asked Her Highness Arti Devi Queen of the Kutchies what was happening. She said knowingly, that he has `freshened up in the toilet, ruined the toilet for all others, splashed water all over and is now using his pouch as an over shoulder sling”. I once again marveled at her insights. Man Boobs then walked across to the cooler which had a clear glass frontage from which people without pouches can see thru. Obviously Man Boobs could not. So he open the clear door of the fridge and looks at all the bottles inside, and in true Indian tradition touches many of them and picks one. If you do not believe a word of what I have written please see the photos.

I was happy for this induction. I was getting back to India and would soon be having a Shahi Thaali. We boarded and as expected we were given the dinner menu. Mushroom Lasagna, Fish, Shahi Thalli Veg, Shahi Thaali Non Veg. We both asked for Mushroom Lasagna only to be told sorry. Fish is generally poison [in fact the French word is actually Poisson] so we asked for food from Economy. More masala there. So we were forced to have the Maharaja Shahi Thaali.

In all honesty, I must say that Indian food is the best to serve on board as it can be reheated without damaging its quality. Further, whoever thought of serving food in an actual metal thaali with Katoris did a smart thing. Kingfisher do have this new configuration of aircraft where there is a bar on board. This is nice. But to have that volume of masala in a closed tube sitting still for 6-9 hours is no fun. It’s really not for either of us. I was fairly miserable. Frankly Her Highness Arti Devi Queen of the Kutchies has called me an Anglophile. I decided to not remind her that she had wanted the Mushroom Lasagna. If I am supposed to be the Anglophile and not her, so be it. But it’s BA for me now on. No more Indian carriers in or out of the country.

By the way all of what I have written is on photo.

Over and out till our next trip. 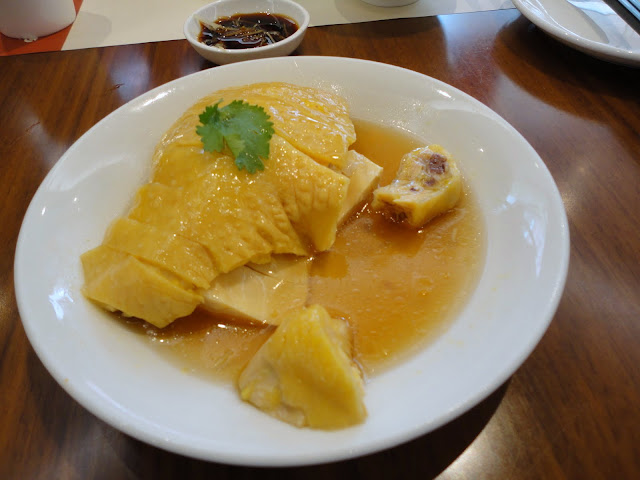 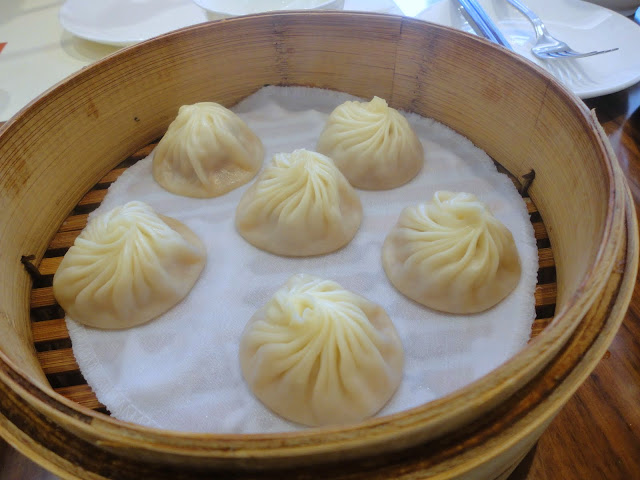 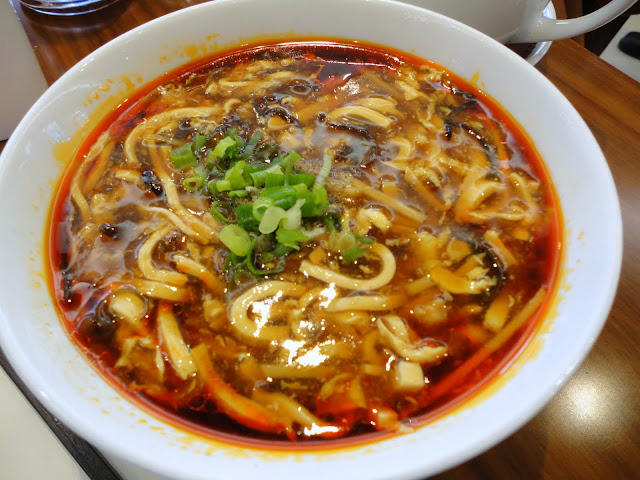 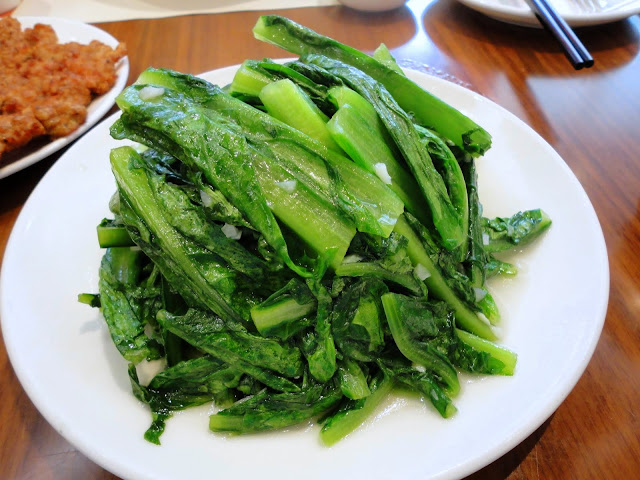 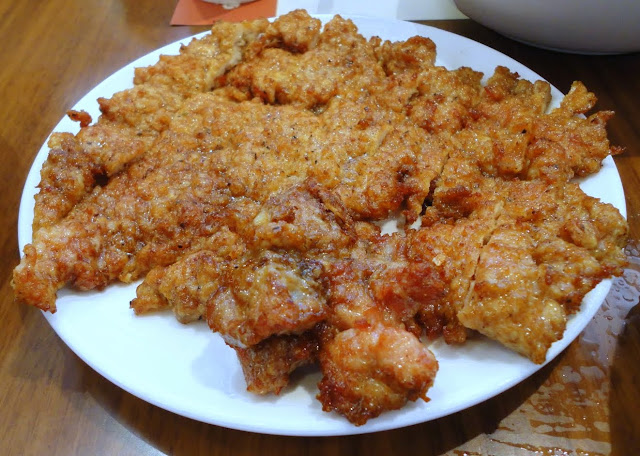 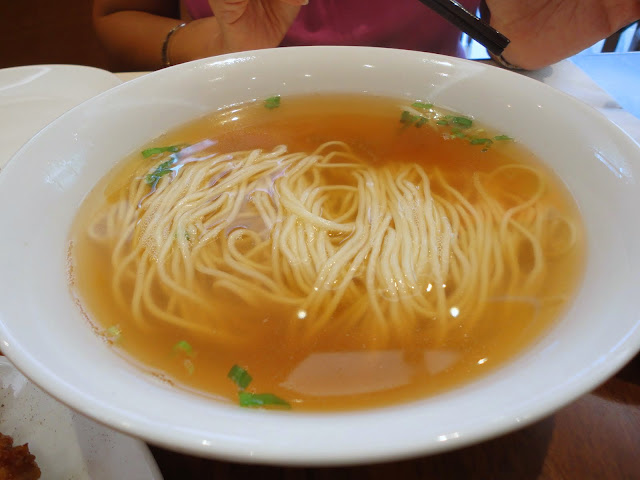 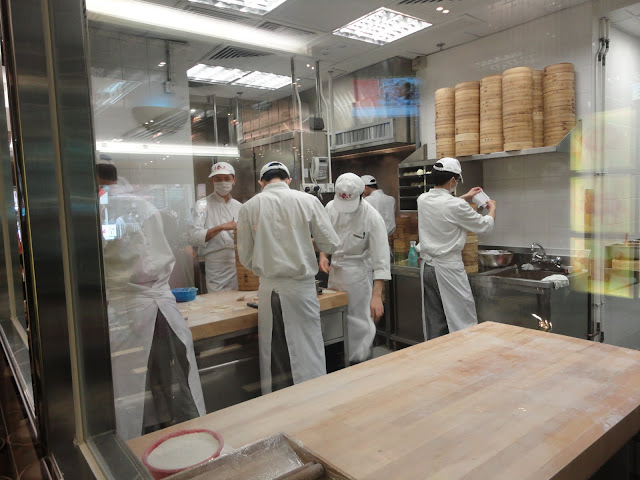 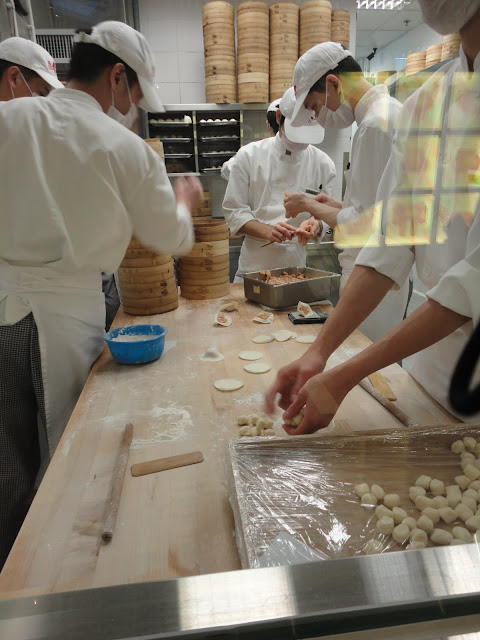 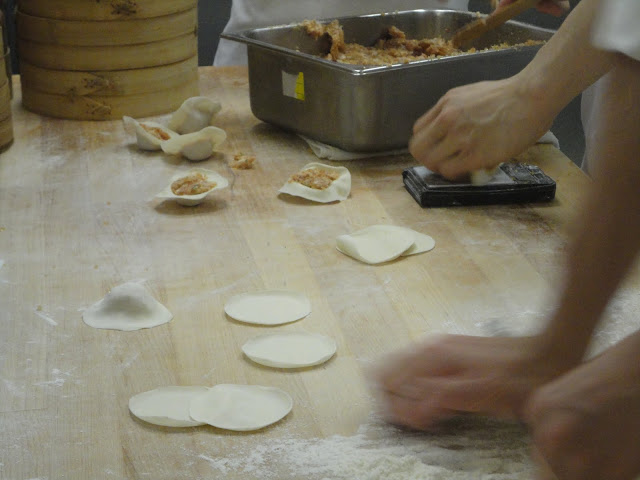 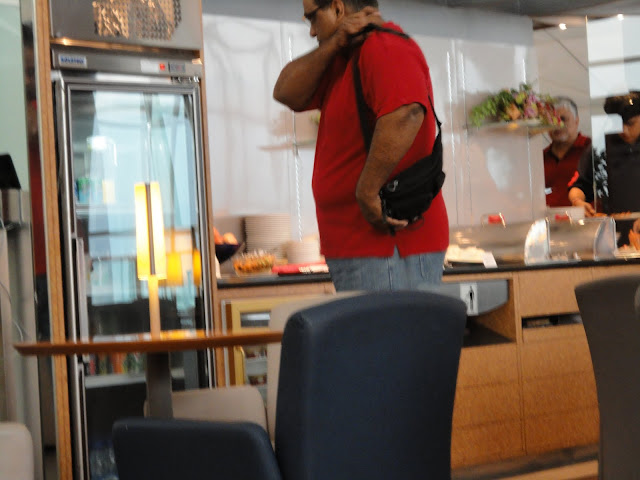 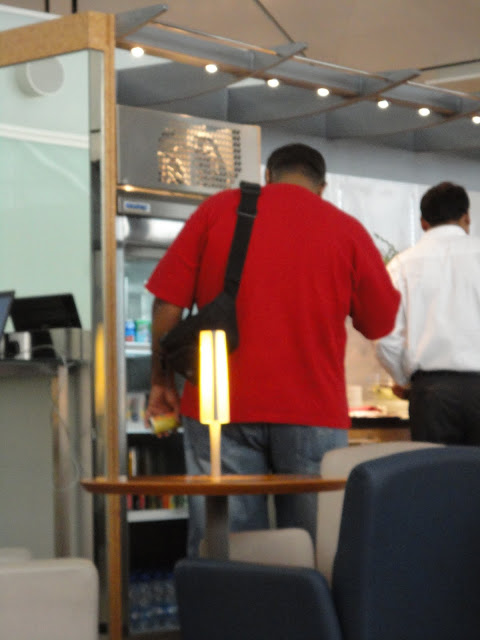 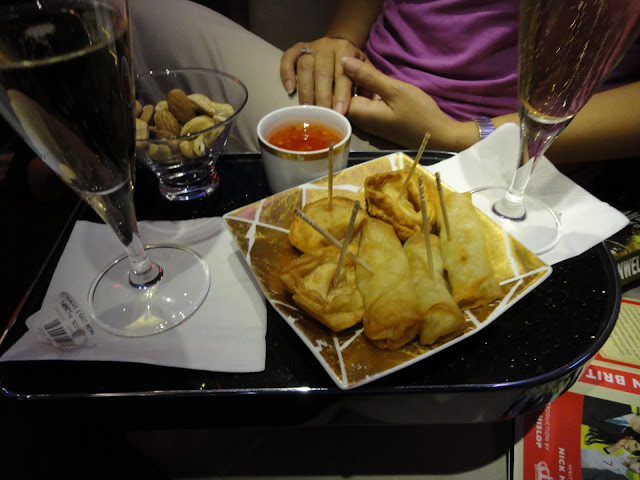 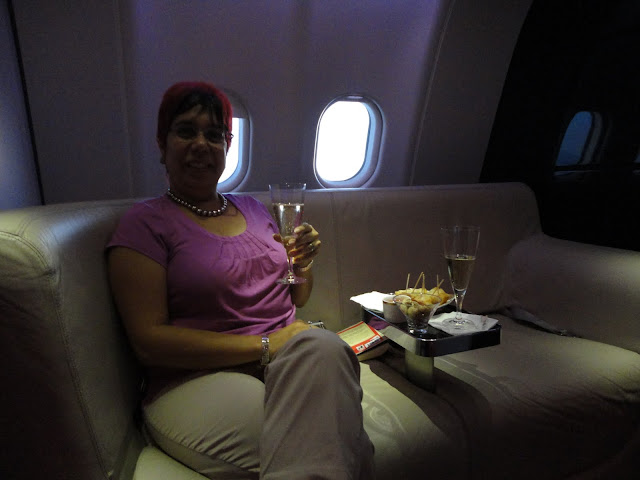 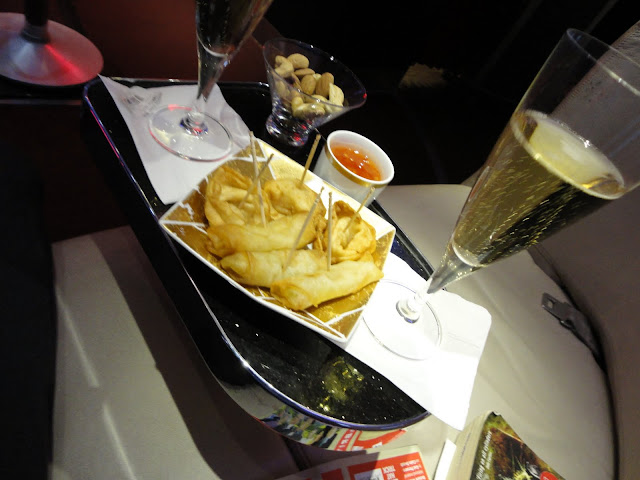 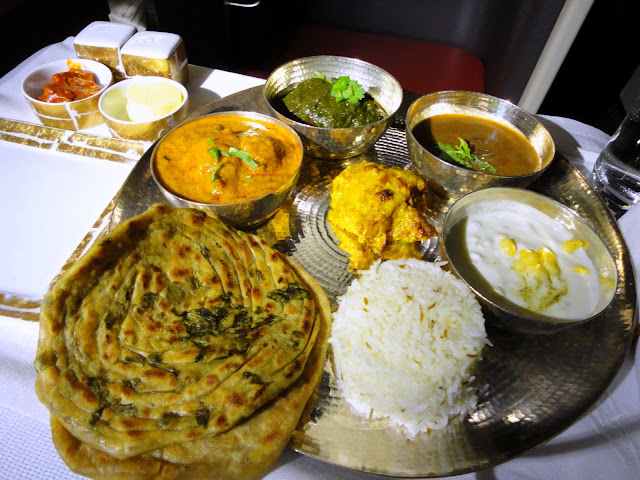 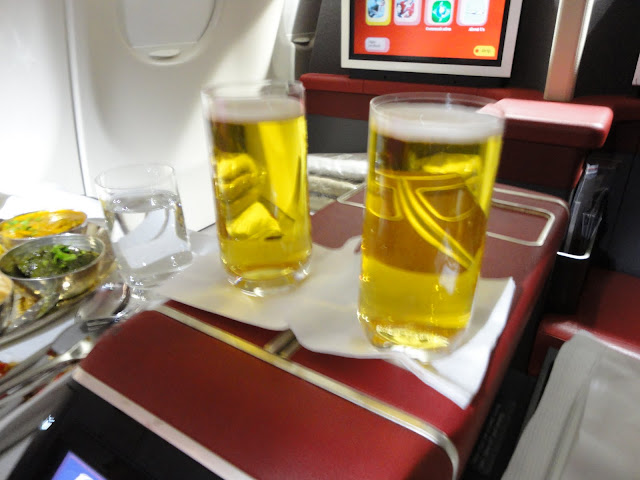 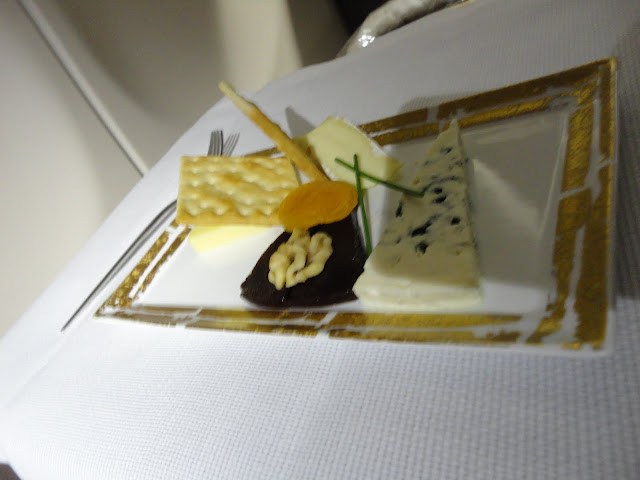 Posted by Stonethrowers Rants at 12:37 PM