The final chapter in our 3 days in India’s best city by a huge margin – Amritsar.

The food in Amritsar is really, really good. It’s also heartstoppingly rich. None of us have ever eaten food as good and served as hot as consistently as this. We have not eaten Channa in as many forms and as many variations as here. To me, Amritsar gave me almost everything any European destination would give me. A great historical monument [Golden Temple] absolutely brilliant local food, a great hotel [Ista] friendly, helpful and straightforward people and easy transport. The only thing missing was a beach or a lake or a mountain, but, who cares. Let’s be honest, despite being Holy, the Pool of Nectar surrounding the Golden Temple does not count as a lake!

Day one started with lunch at Kesar Da Dhabha. This was vegetarian. The old walled city of Amritsar [Alt Stadt] surrounds the Golden Temple. Within its precincts, restaurants are generally vegetarian. To get here you need to hop into a cycle rickshaw and meander thru the narrow by lanes. Kesar Da Dhabha has the owner sitting at the counter. Grease stained menus are given to you and you order. My God, was the food good!! Yes, it had ghee but you just pour it off. The Kadhi and the Daal were excellent. The Paneer was a bit disappointing, I mean the paneer itself. An expensive Bombay Paneer would be as good. The Alu Partha was redolent with poppy seed and whole coriander seeds. Cooked in a Tandoor and smeared with butter. This was a good introduction to Amritsar.

After a couple of beers and single malt whiskey to dissolve the morning’s meal, that night we went to Surjeet Food Plaza owned by Sardar Sucha Singh. His Tandoori chicken was highly recommended. It was good. It had no colour and was dressed with a tangy sauce/chutney. The photo you see is of a ½ plate!!! The Fried Fish was astounding. Again no colour but full of Ajwain. Really very nice. We also had a Mutton Rarah which in my excitement I did not take a photo. Leena wanted to have a roti which is served crushed and doused with butter. We asked the waiter to get us this. Language and concepts being an issue, he brought us rotis stuffed with slightly sweetened `malai’ [whether it was cream or butter I don’t know] wrapped in foil. These were delicious beyond words.  Talking to Sucha Singh, he was humility personified. He started life selling roast chicken from an illegal stall on the street. Now he owned a 100 seater restaurant with every Punjabi Bollywood actor, director literally eating from his hand. We saw all the photos. We asked him if his kids were old enough to join him. He replied pityingly `[they are] Velha’. He commandeered a rickshaw for us and off we went to our hotel.

The next day we had lunch at the Langar which I have written about. Dinner was at Amritsar’s finest and most sophisticated non 5 star restaurant, Crystal. It looked like Gaylord’s, and the menu was like Gaylord’s. Disappointing meal but still good food. All the Amritsar rich and famous were here.

The last day we had a huge problem. Time [before getting to the airport] and space [in our stomachs]. So we decided to do portion control.

First stop Kanha Sweets which, despite the name, has a hall [Indianism used here] where every morning they serve Bhature Choley and Potato veg. The place was flying, hungry and large Punjabis chomping away. Between the 3 of us we ordered 2 plates. We got, unlimited choley, unlimited potato bhaji, 2 bhature. All this for a cheap as chips Rs 30/- Yes Rs 30/- That my friends is 40 pence or 75 cents. The potato bhaji was most unusual with a lot of tamarind in plain yellow gravy. The choley were yet another variation.

From Kanha we dashed onto Kulcha Land. These guys serve 2 types of Kulcha [Alu and Masala] and choley. That is it. My sister had said that the kulchas have an amazing texture, almost puff pastry in consistency. We once again ordered 2 kulchas among the 3 of us. A kulcha comes at a price of Rs 20/- The Kulcha was beyond belief, scrumptious. This Kulcha also came with a choley variation. The Kulchas are cooked in a Tandoor and then finished with Amul butter. I did some snooping on the internet and found their recipe for Kulcha. They use two doughs. The base is regular soft dough with milk and yogurt and the top is dough made much like Pate Brise with maida being rubbed with butter. No wonder there is such texture.

¾ of a Kulcha each was too little but, we had more to eat, so we dashed off to Munim Di Hatti for a single glass of Lassi. This was good but not earth shattering. They sat that the best lassi is from Ahuja Lassi but, as I said earlier, we had no time. That ended our day. We got home after a thoroughly entertaining flight and had a wonton and hot sour soup.

I am sure I will go back to Amritsar. There is so much left to eat there. Ahuja Lassi, Brothers Dhabha, Makhan Fish Fry. So much more to eat, Saag, Bharta, Wadi, Roast Chicken. 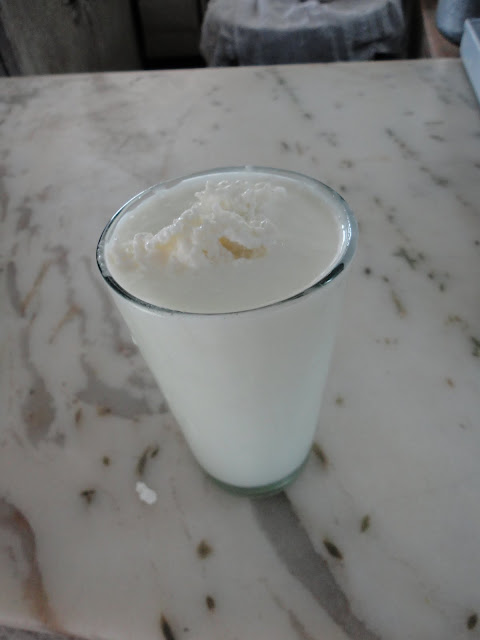 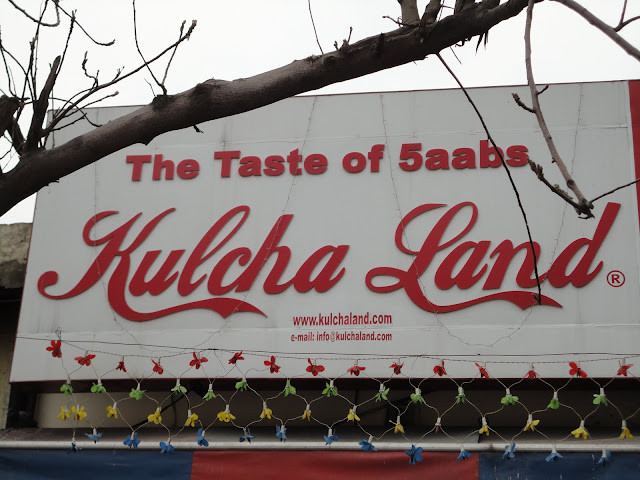 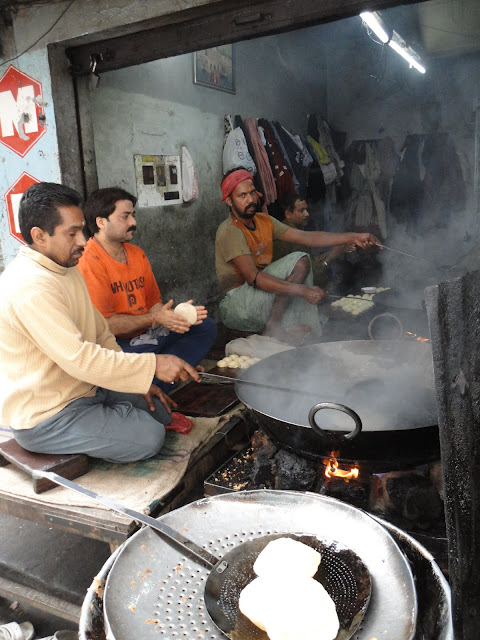 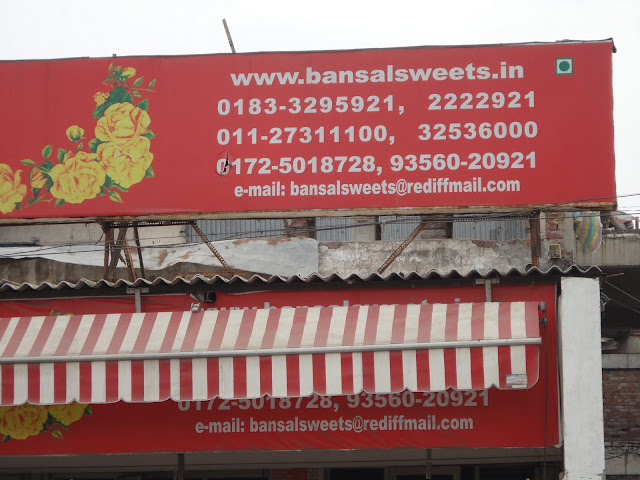 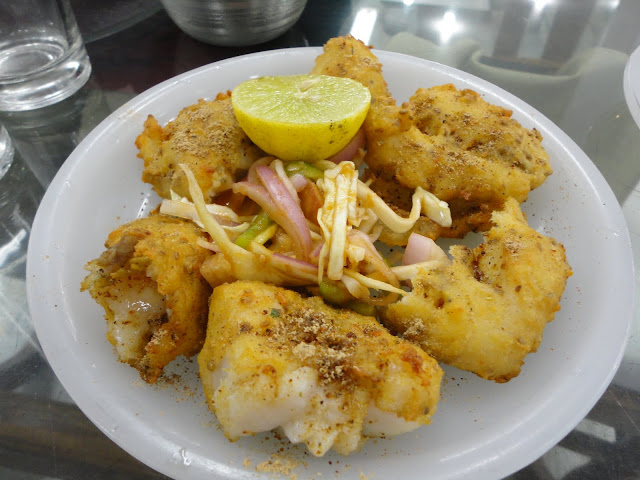 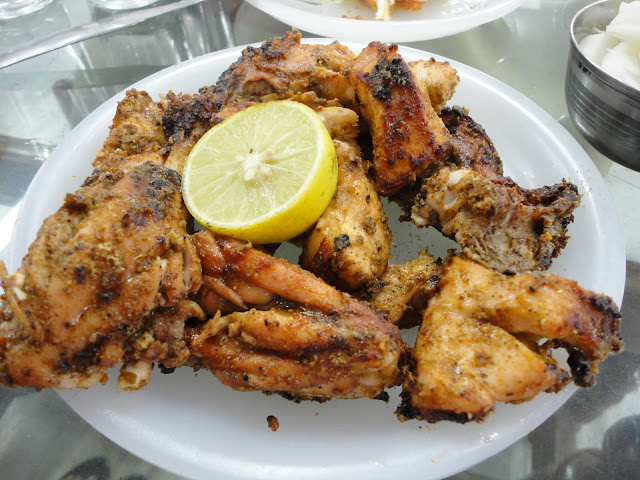 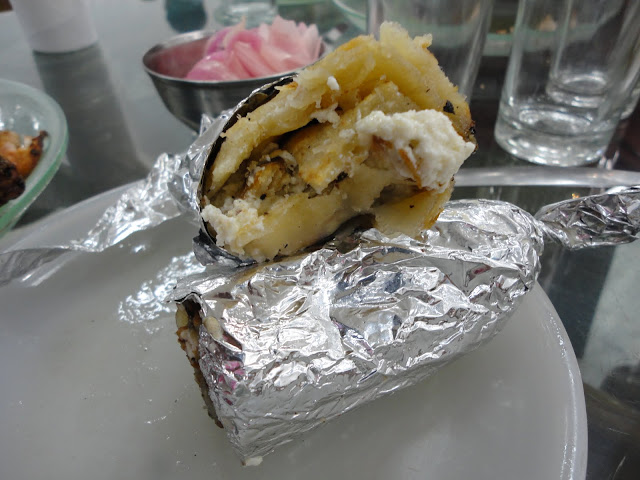 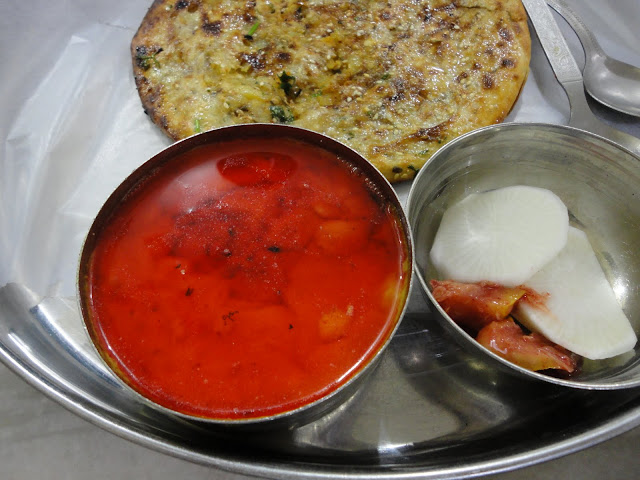 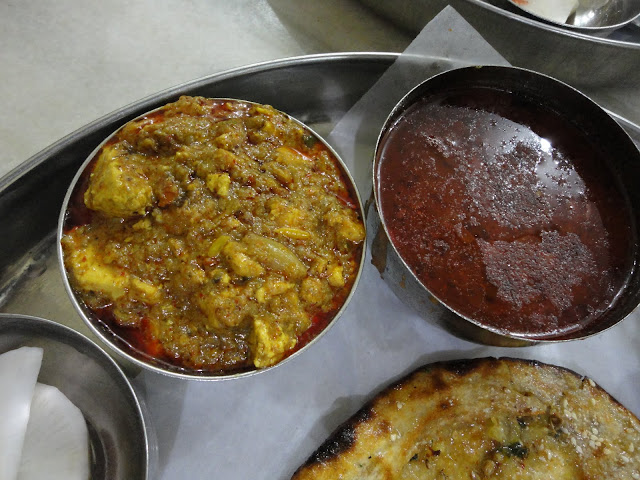 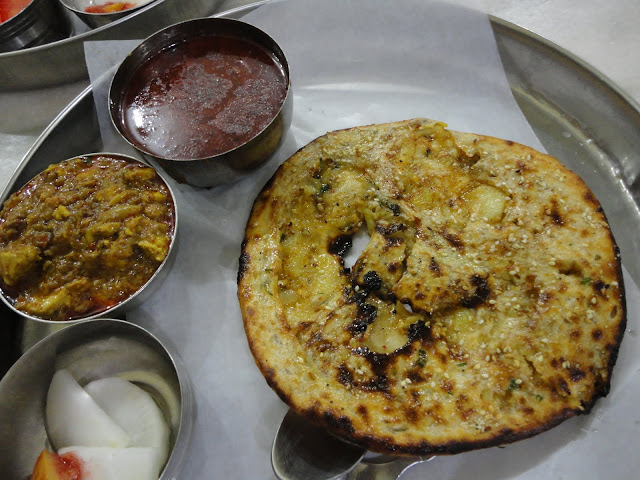 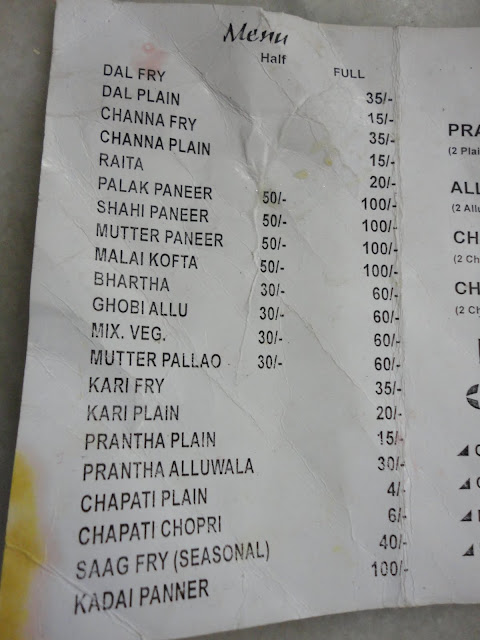 Posted by Stonethrowers Rants at 7:33 AM