A Tajine or Tagine is a cooking pot used in North Africa. The pot consists of a round base with shallow sides which is placed on the heat, and a conical lid or top. The Tagine is used to make stews which are also called Tagines. The conical lid is designed to help in returning the condensation of the vapours that are released when the stew is cooked back into the base. The lid has a thick collar so that it does not heat too much, thereby mitigating the need for protection when handling the lid. Stews by their very nature use reasonably poor quality cuts of meat which require long and slow cooking time to make the cuts soft and luscious. The Tagine is perfect to achieve this.

Tagines are traditionally made of clay. They are large and unwieldy and since they are made of clay, they are also reasonably fragile. Le Creuset, the famous French cookware manufacture with its distinctive flame coloured enameled `casseroles’ make and sell Tagines. These are made of cast iron which means they weigh a ton, and, if you get a slightly larger cast iron Tagine, you could almost forget your entire free baggage allowance! So though I have been tempted by these attractive Le Creuset Tagines, their weight prevented me from buying them. I could, in theory, have bought a cast iron Tagine in Mumbai as Le Creuset now sells them here and thereby get over the weight problem. But, in India they cost 2-3 times as much as they cost abroad, which makes the already expensive vessel prohibitive.  I had not seen earthenware Tagine that I could have bought in my European travels.

HRH the Queen of Kutch was in the USA recently. One of the many cookbooks we have helpfully informed us that Tagines were sold online by a US based site, which meant that we could order one sitting in the comfort of our home in Mumbai and have it delivered in the USA from where she could collect it. So we set about looking at the site to choose a Tagine which would be appropriate for us. We identified one and ordered it. Soon she was back with the Tagine. It did look magnificent.
We set about looking for a suitable recipe to make in the new Tagine. The classic and most popular Tagine is the Moroccan Chicken, Olives and Preserved Lemon stew. This we had made a few times and wanted to make something different. We saw a recipe that was another classic Moroccan dish called Kefta Mkaouara - meatballs in a tomato sauce topped with egg. I called the muttonwalla and asked him to get us some mutton mince [kheema] and requested him to add some fat [charbi] to the mince. This would help keep the koftas soft and juicy. Once he delivered the mince we set about making the Tagine. I suggest you make this at home, even if you do not have a Tagine. It’s really delicious. You could eat it with a simple Couscous or with some sort of Rotis. We made it twice, once for a dinner party at home and once when we carried the Tagine to a friends house for a party they were hosting.

Here is the recipe:

For Koftas
500 grams minced lamb [I prefer fine ground], try and get it with about 20% fat. This keeps the koftas juicy.
1 medium onion finely minced
1 heaped tablespoon dried mint. You get it in most upmarket stores
Handful of chopped parsley
1 -2 teaspoons [or more] of Ras El Hanout. This is a typical Moroccan `garam masala' not spicy at all. You get it in most upmarket stores.
Salt
1/2 - 1 teaspoon Cayenne Pepper/Chilly Powder

Yes there are no eggs or bread. Mix all ingredients well. First make a test kofta, fry it and taste. Adjust spicing if necessary. Then roll the mince into small koftas. We like them about walnut sized or smaller. Add oil to pan and quickly fry them till lightly browned on the outside. No need to cook them thru, they will cook more later. Remove and reserve. See how much oil you have in the pan. You may need to add or subtract to make the sauce. 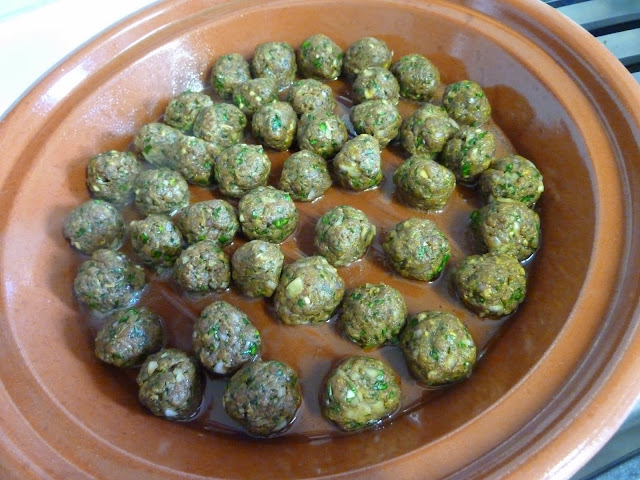 1 tablespoon Cumin
1 tablespoon Coriander seeds
1 tablespoon Paprika powder [non spicy non smoked this is for colour. Kashmiri Chilli Powder will do fine]
2 x 400 gram tins of tomato. You could use ordinary fresh tomato but I suggest you use tinned tomato the result is much better. They cost only Rs 45/- each [at Crawford Market Rs. 90/- in upmarket stores, unfortunately]
1 - 2 red onions either minced or sliced fine
4-5 garlic cloves chopped fine
Parsley to garnish

Add the tomato juice and once it comes to a boil add in the koftas, reduce to simmer and cook till slightly thickened. Readjust salt in sauce add some sugar to balance sour 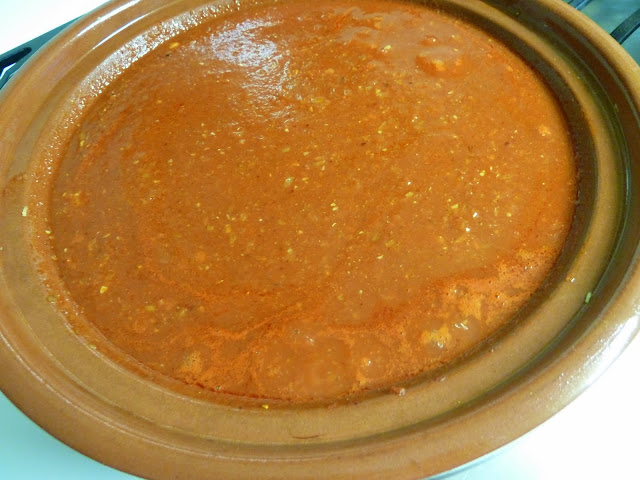 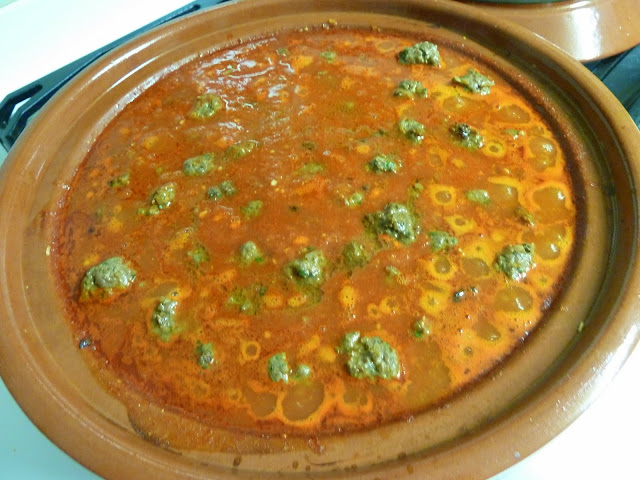 Once done break eggs on top and cook till whites harden and yolks are soft set.

Posted by Stonethrowers Rants at 4:54 PM