This covers just two major events in our visit to this most vibrant and exciting city Amritsar – the Langar and the charade at the Wagah Border.


We spent the morning shopping in Amritsar, Amritsari juttis, salwar khameez [stitched on the spot made with the trendiest Amritsari fabrics, Phulkari work or the trendiest Karachi designs] and papad, wadi spices. Boy this was fascinating. The Juttis were a dead loss. The girls had a good time choosing their fabrics and once they were done I was coaxed into buying two shirt fabrics which would be stitched. Frankly, we paid so little that even if the shirts turn out terrible it’s OK. The shopping for the papad etc was great fun. We bought some pure Hing imported from Afghanistan as well as some mushrooms.

Next stop the Langar at the Temple. This was what I was really looking forward to. We reached at about 1.30 and after we wound our way to the dining room it was 1.45. We were handed a spoon, a thalli with compartments and a bowl by 3 separate people and directed to the general area of the dining room. Suddenly the doors opened and we went in. A large hall with the mats laid out. You have seen this in a thousand documentaries made on this. Not too much rush all very pleasant.  We sat and soon the food was served. Daal, Black Channa gravy, Cabbage and raddish dressed with pickle, kheer and chapatti. The food was all hot including the chapatti. The food was delicious, lightly spiced and oil/dairy free. People with small children did not take a separate plate for the kids. They ate from the parents. The first helping was small but if you asked for more you got as much as you wanted. We soon finished, in fact from sit down to get up was 15 minutes!!! That’s it. You take your plate and walk out to a huge din and clatter of probably 500 volunteers collecting your plate slamming it on the side of a tub to get rid of the food and passing it to a cavalcade of washers. The noise and speed of the operation was astounding. We were seated, fed and out in 15 minutes. This was for what seemed like 5000 people. This is repeated thru the day, probably not with the same frequency, 365 days of the year. Boggles the mind. Just because the food is served free does not mean it should be bland or bad quality.

Fortified by the Langar we headed out to the border. Wagah is actually in Pakistan. The Indian side is called Attari [as in the erstwhile game company]. It’s a straight road about 30 kms long smoother, cleaner and better than any other road we have been on in India except the road from Jodhpur to Jaisalmer. I presume both these roads are maintained by the Army. God bless them.

At Attari we saw a long long line waiting to get in. There is a stadium constructed on both sides to seat people for this spectacle. The gates opened at 4 pm and there was a surge of people. Soon we were broken into men and women and had to pass thru a security check. Then a short walk to get a seat in the stadium constructed. I got a vantage point and Arti and Leena were somewhere in the ladies stand.

There was music blaring out of a huge PA system. The songs were custom written with lyrics that said something on the lines of we have a neighbour who is troubling us but except that our lives are in order. Once the stadium was fuller the music changed to the newer Bollywood `patriotic’ songs like, Chake De India, Jay Ho, Rang De Basanti, and a song from Dil Cahata Hai whose name I don’t remember. This was the signal for all things to go totally egg shaped and downhill. Our neighbours had their own music which during the silence from India sounded very very good. It was deep dance grooves sounding very club like.

Then started the actual parade. This was done with close synchronisation with the Pakistani rangers. This was much stamping of feet and posturing and strutting. You would have seen this ad nauseum on documentaries. This lasted only 15 minutes. The rest was a totally meaningless, cheap crass Bollywood party. The women could dance to gay abandon without being molested by men and the men could lech all they wanted all under the control of the Indian Army. Sad. I thought that this would be one time when I would feel happy and proud to be an Indian but alas this was not to be. The one redeeming factor was that Indias finest human specimens, both male and female were on display. The men were an imposing 6 ½ feet tall and the women were an equall more imposing 6 ¼ feet tall. Overall a grand waste of time. Watch the documentary don’t go here. 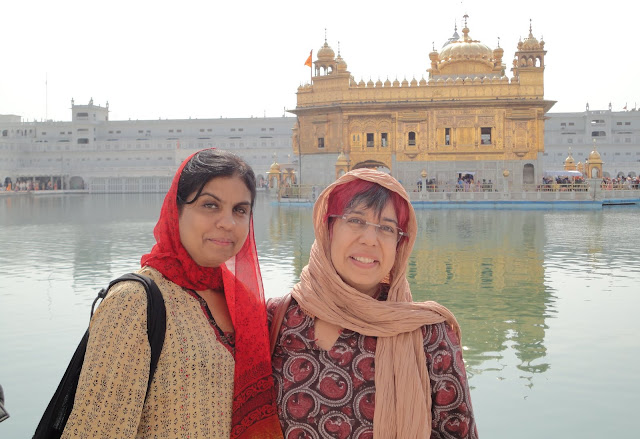 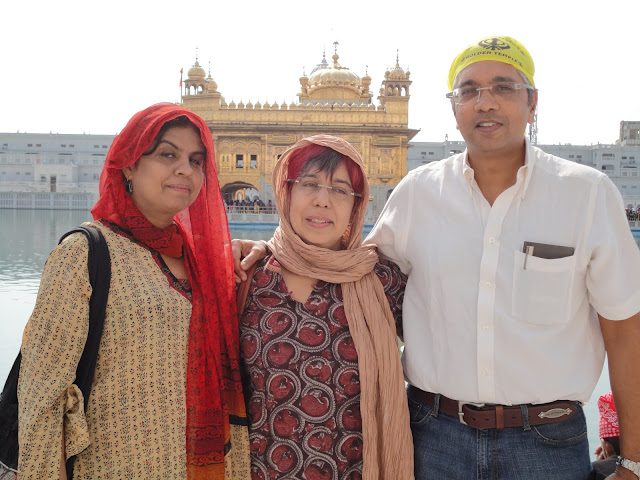 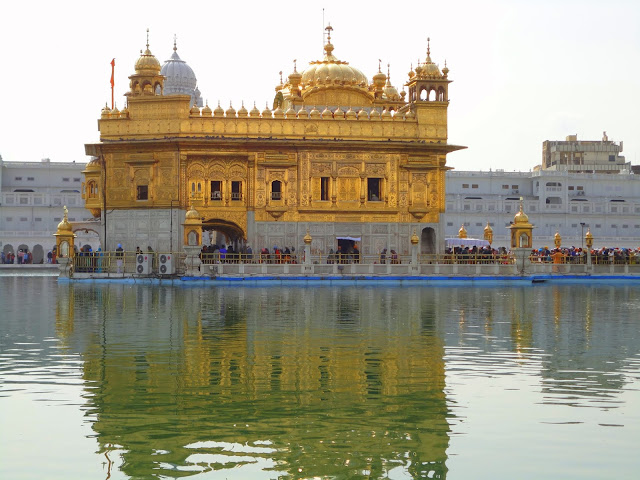 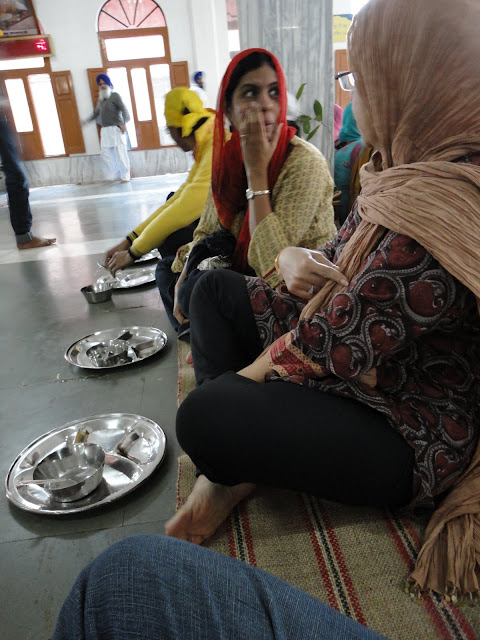 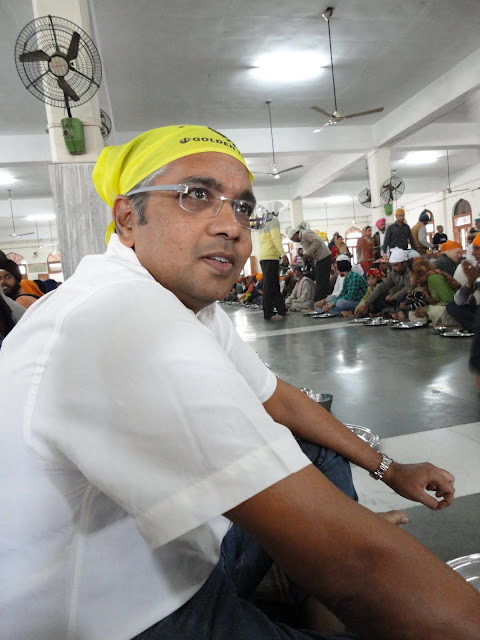 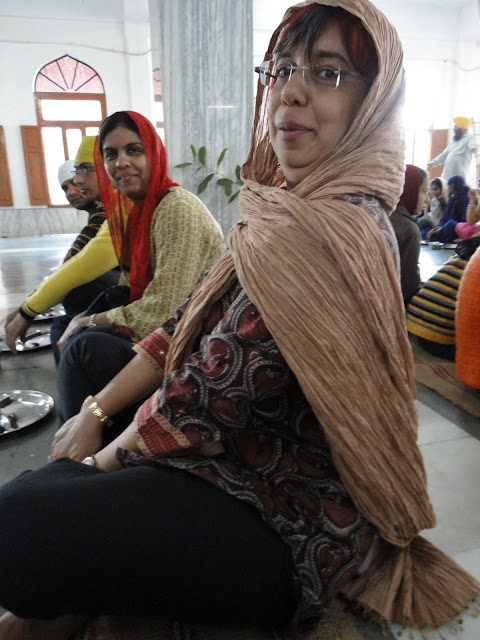 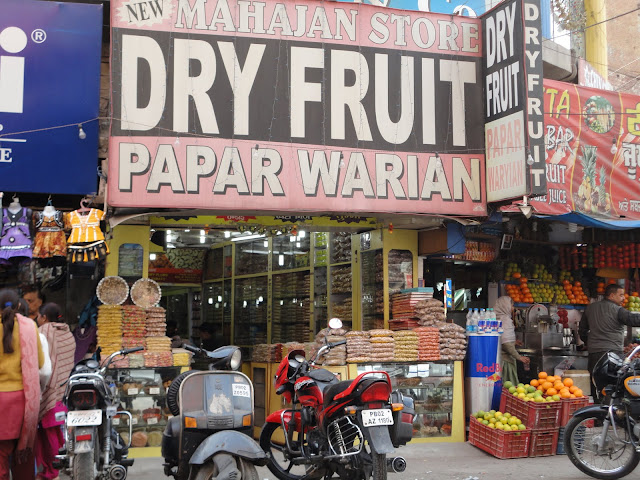 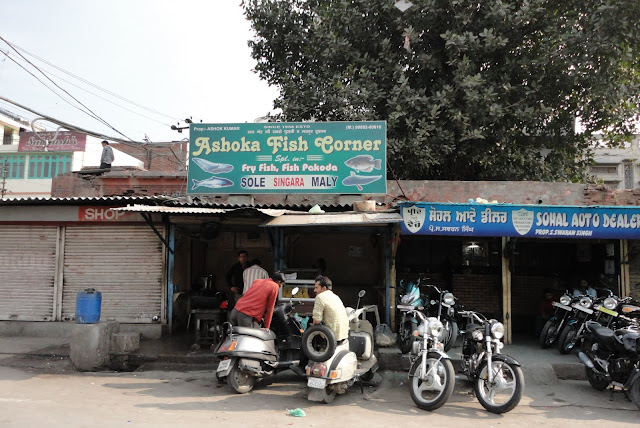 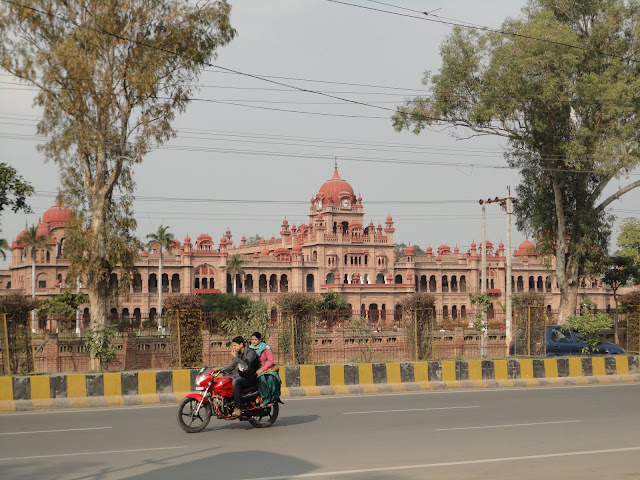 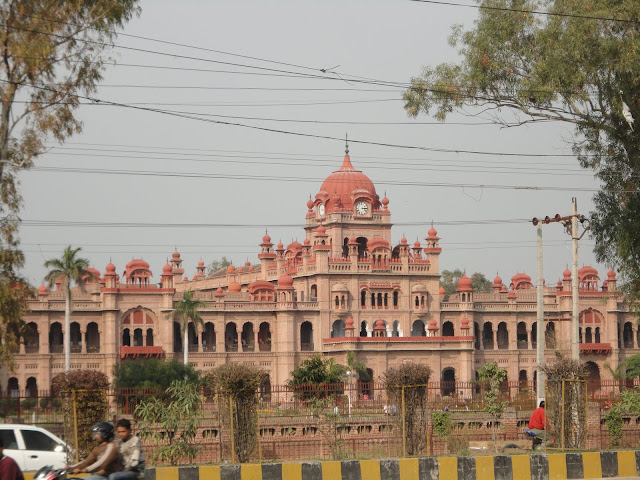 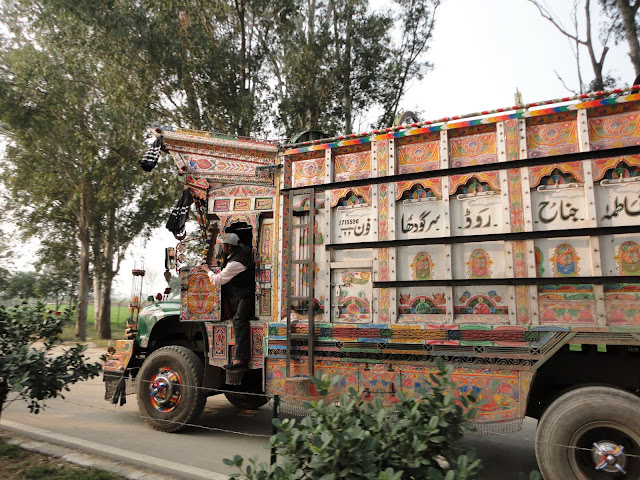 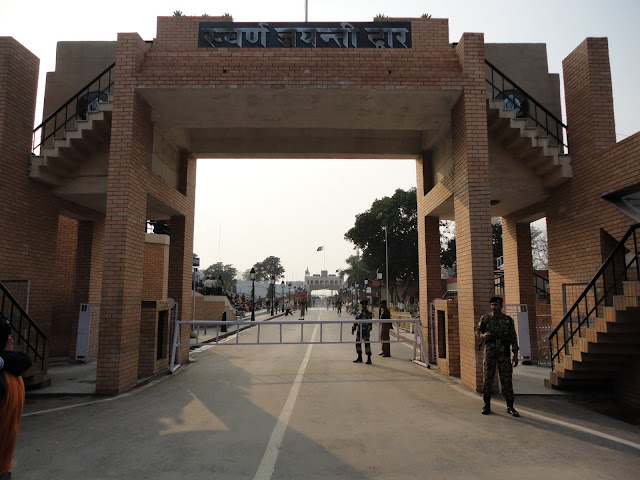 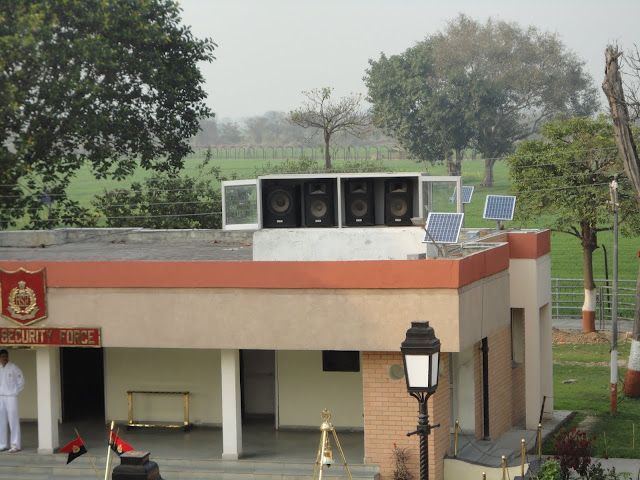 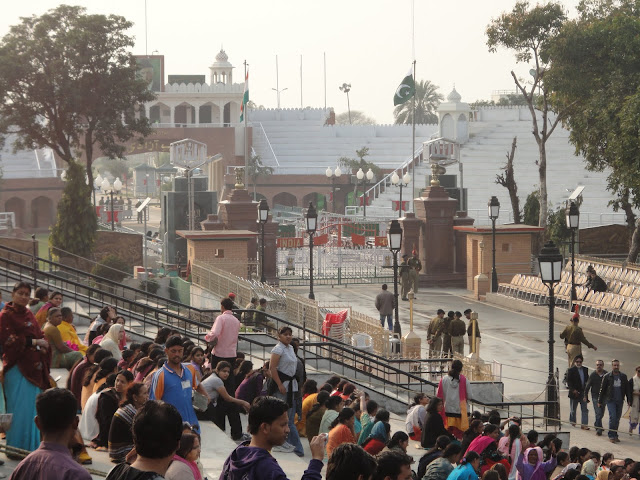 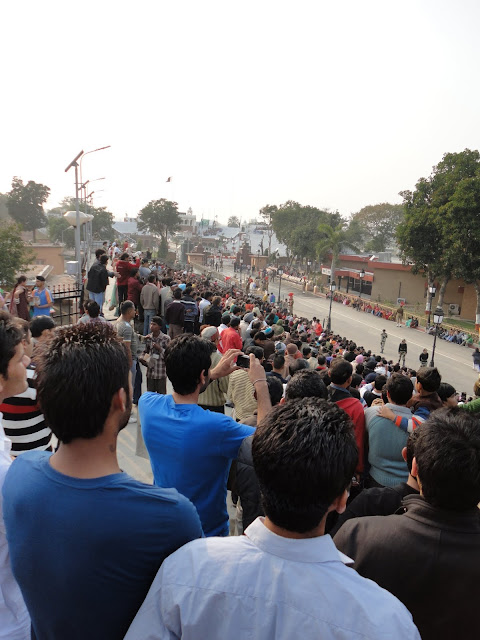 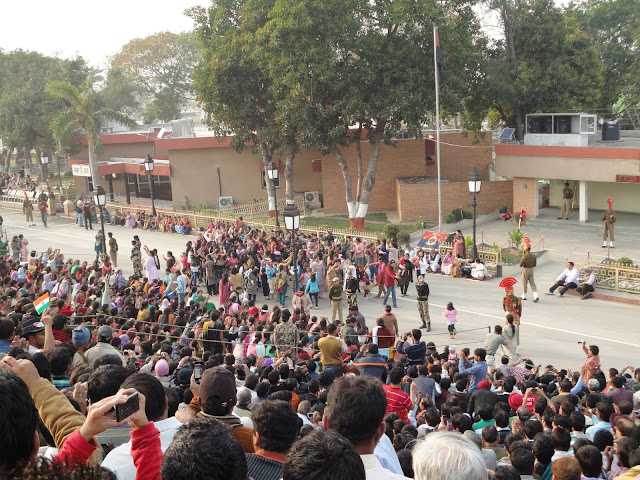 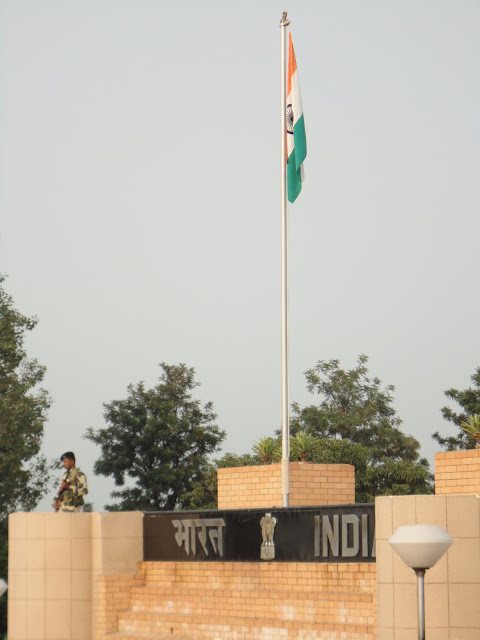 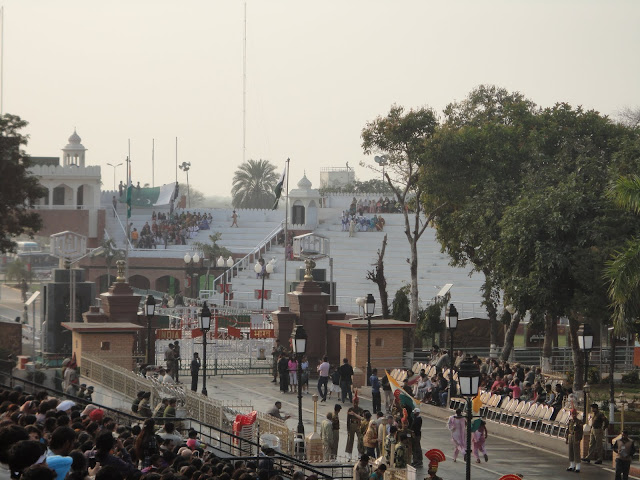 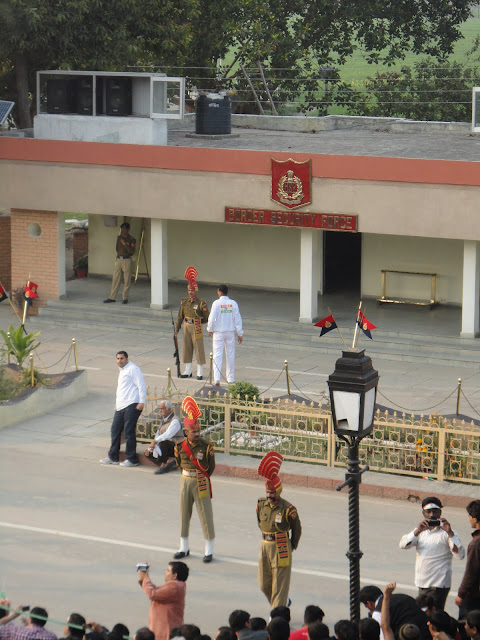 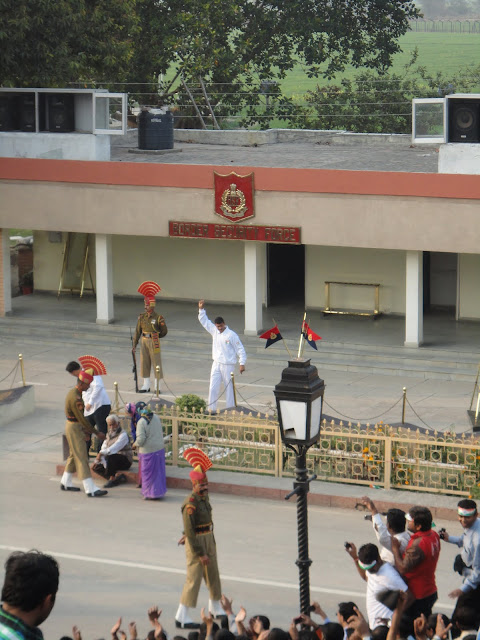 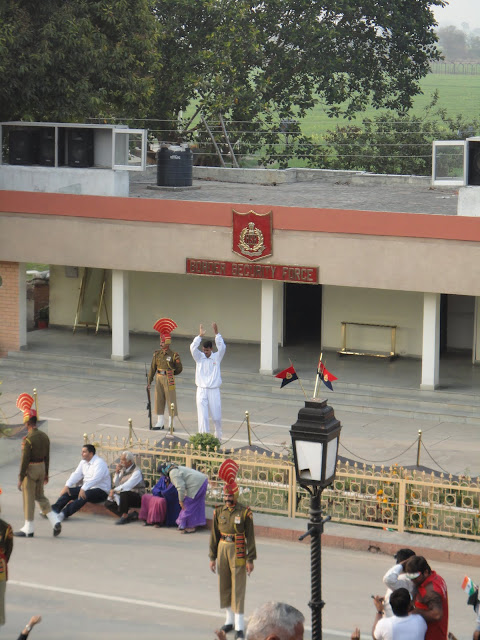 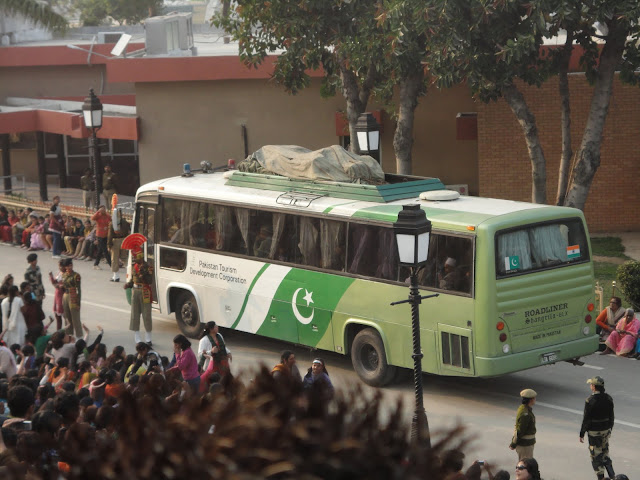 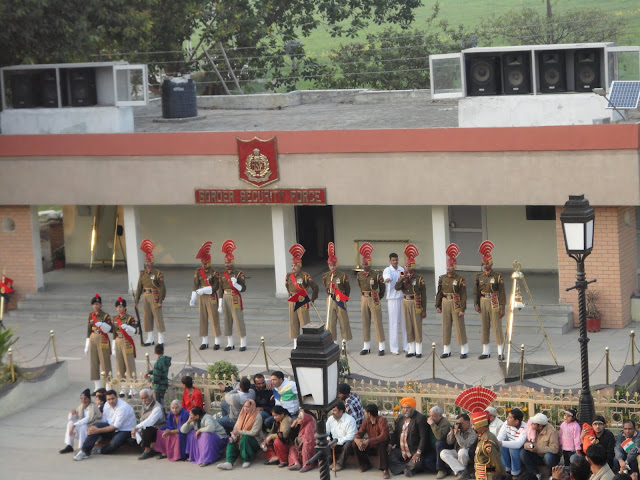 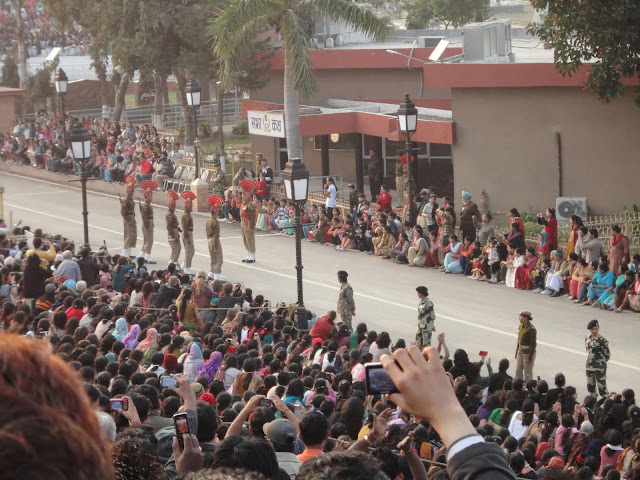 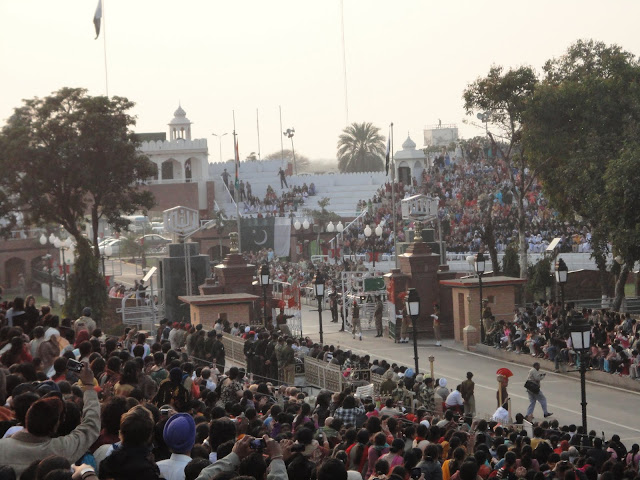 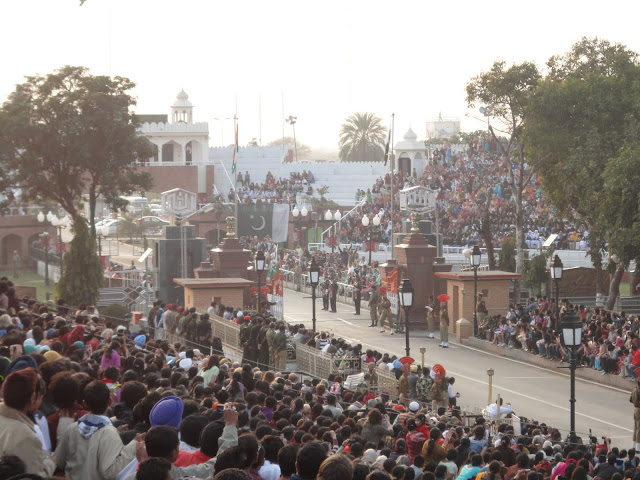 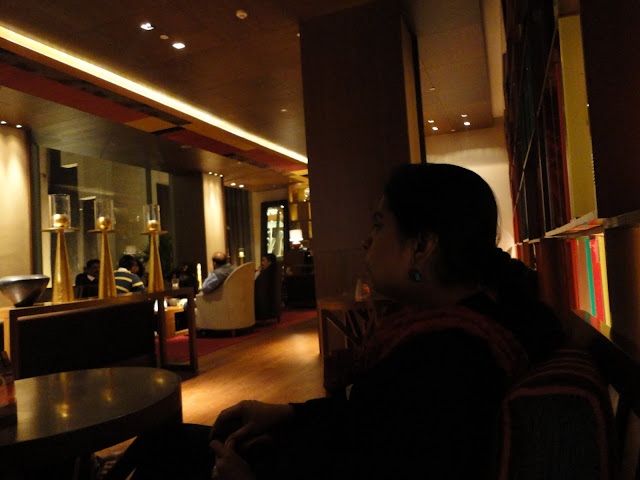 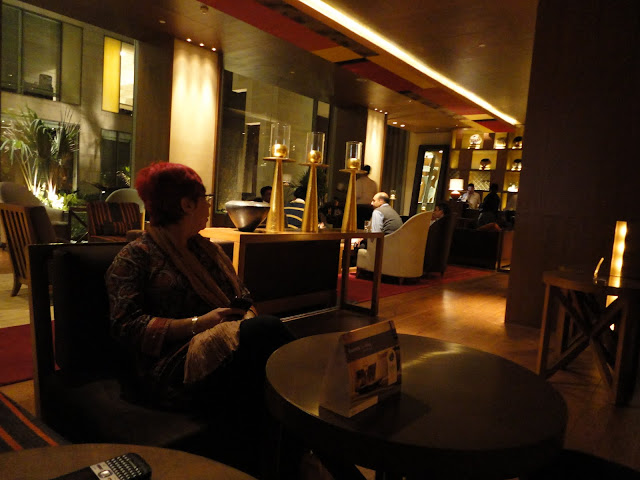 Posted by Stonethrowers Rants at 11:58 AM