The rest of Lyon

After the wows of Restaurant Paul Bocuse we spent the next day in the markets in Lyon. The Halles Paul Bocuse [yes everything is named after him - a mere cook] and the enormous shopping mall next to the main station. Very nice. These people really really eat well. There is a minimum of junk food. Very few MacDonald's, no KFC just a few of a local chain called Quick. All shops sell sandwiches, toasted, fresh, quiches, salads, croissants, bread shops, cheese, chocolate shops, sweet shops, pastry shops, meat shops, dried meat shops, fish shops, fish bars. It's really really amazing.

Dinner was scheduled at Brassiere Georges an uncomfortably long walk and a short seemingly unnecessary taxi ride from our hotel. This is the oldest Brassiere in Lyon in continuous operation from 1836. It seats 450 yes 450 and operates continuously from the morning to night - no breaks. We had made bookings at this from Mumbai.

What a gorgeous dining hall. So warm and welcoming, felt like stepping back in time. Everything well maintained and not falling to bits. The place was buzzing. I mean even if it had only 300 people instead of the 450 that is still a huge buzz and, to put things in perspective, this restaurant was the size of 4 of any of India's restaurants.

Arti ordered her favourite Roast Marrow and the day's special - a mixed meat casserole which turned out to be various boiled meats. I ordered a French onion soup as sweet revenge and an act of defiance, and, for my mains I ordered a Choucoutre platter. The marrow was a disappointment for Her Highness. Having eaten this dish several times at the St John restaurant in London this was not up to her usual exacting standards. The Boiled meats were scoffed at with the withering comment `this is really peasant food'. I not only felt like a heel but felt the heel and the steely discontent from Her Highness. After a 3 star Michelin meal here we were in a huge turnover Brassiere. I hung my head in shame.

My food was great. My Choucroute was lovely. Very healthy food. No carbs, just boiled meat and pickled cabbage. Pity the yummy mummy set in Mumbai cant eat this. Its sushi for them mostly uncooked fish with loads of rice or pakodas at Nobu/Hakasan. Yep you get the drift - tempura.

One observation, no really classy restaurant has a computerised ordering system with terminals in the dining room. Its only the cheap ones that have it. This may not apply in Mumbai but keep your eyes open the next time. In classy restaurants they still have small chits and carbon papers.

When we left the restaurant it was snowing.

This morning the streets are a delightful white. We have breakfast pack and board another train for Dijon.

We are adding new photographs to the same album, so the first few may be repeats. Will start a new album in Dijon 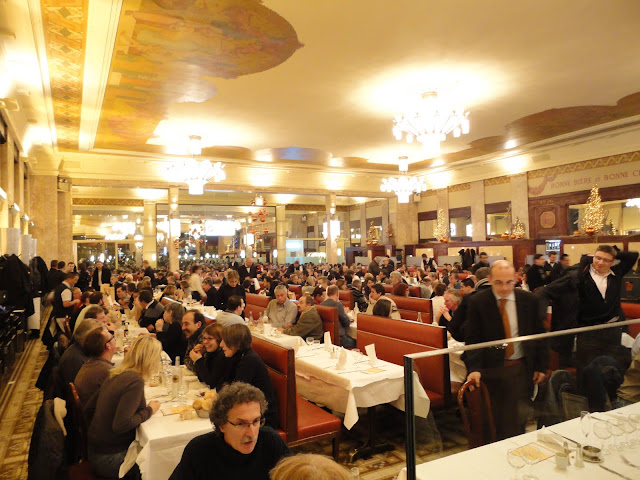 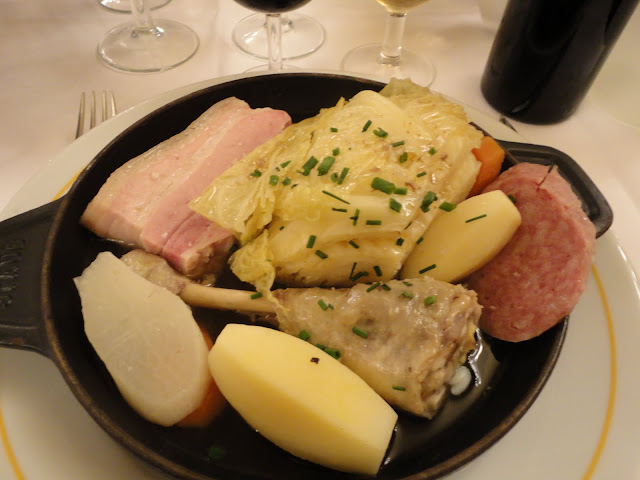 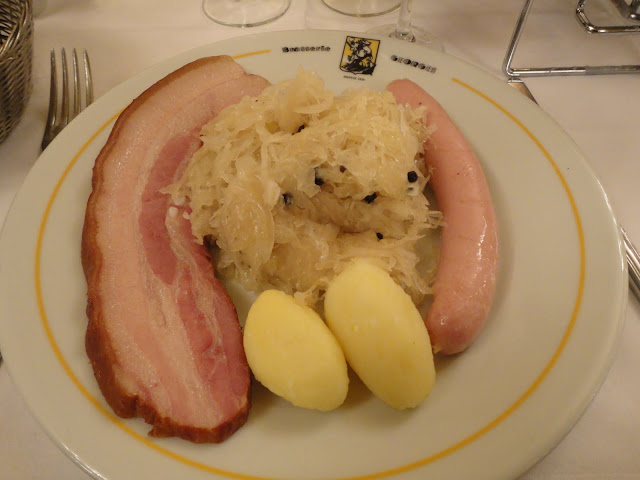 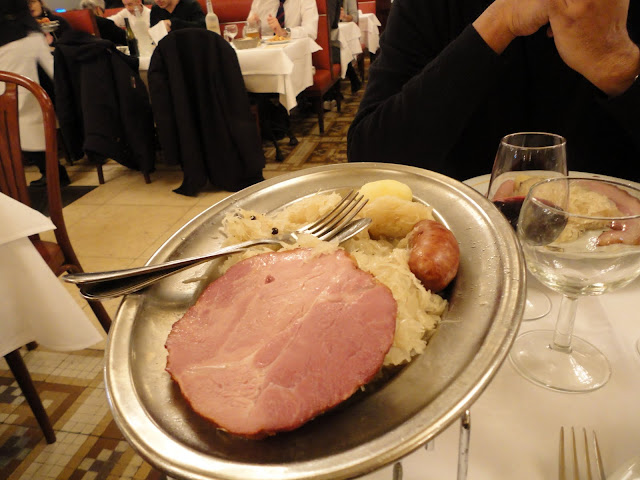 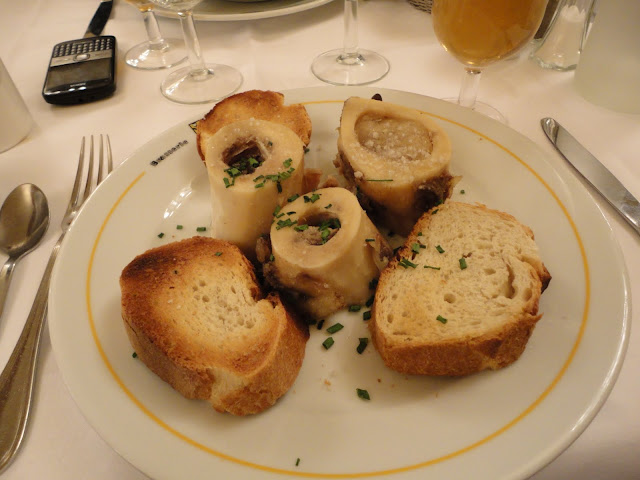 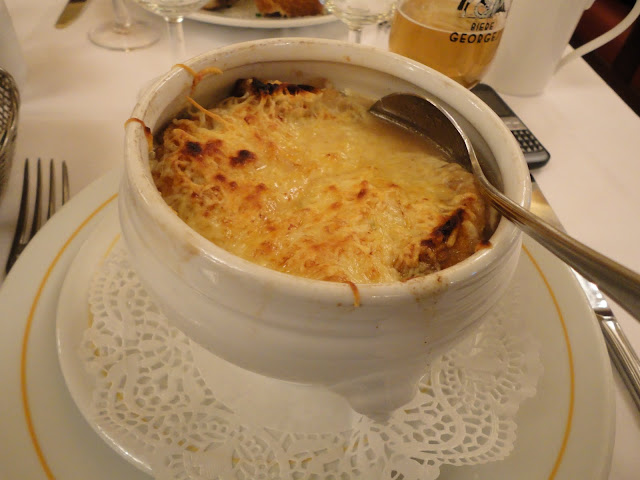 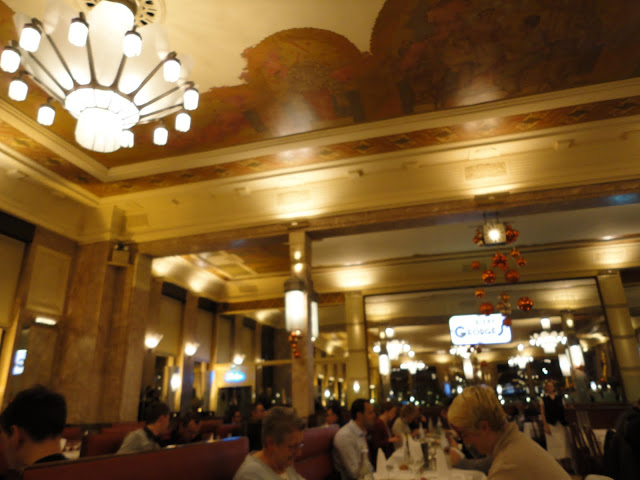 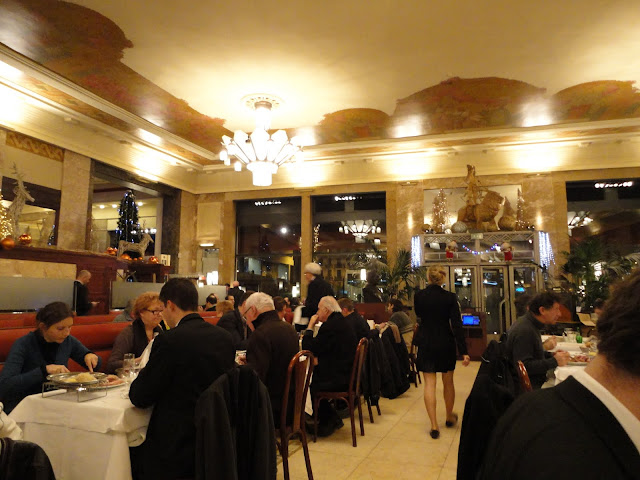 Posted by Stonethrowers Rants at 3:01 PM