We had a relaxed Sunday back home in the apartment. Made our delicious burgers and watched the finals or semi finals of X Factor. Quite nice. Got fed up with it after some time. So we switched to some of the humor programs. QI [A Question of Intelligence] hosted by Stephen Fry with a 4 person panel of 3 stand up comedians and 1 notable figure discussing obscure question on general knowledge. And another called `Ive Got News For You' which is a current affairs news based Q&A show. We were is absolute splits watching these shows. The quality and level of humor is staggering.

Monday we fortified ourselves with some cheese and bread and set off thru Hyde Park to Knightsbridge. Along the way is a huge show/circus/amusement/ice skating area called Winter Wonderland. We walked thru it. Great fun for kids. What amazed us was a lack of a foul sour rotting food smell which is so all pervasive in Indian `fun fairs'. Maybe its the cold which stops things from spoiling, maybe its that they just eat less liquid with the food [no fucking pani puri - yuck] maybe they are just cleaner maybe it all these things.

Harrods continues to amaze us. It really has everything in more varieties, colours, price points and brands than any other shop in  London. We finally found the scarves we wanted. Of course Harrods also had the most beautiful Etro scarves at an eye watering 350 pounds. Sometimes I wish I was rich. Those scarves were to die for. Yes yes we have all heard the story of the Vicuna fibers that go thru a ring or a eye of a needle or whatever. This was something like that.

For dinner we had a bottle of Pouilly Fume at home and went down to the pub for a half pint of Guinness to wash down the wine. Despite how good wine is, we just find it all a bit heavy. Yes yes we all know you should have at least 5 glasses of water for every glass of wine.

Dinner was to be anybody's guess. So while walking we saw a man in what looked like something from Maganlal Dresswalla standing outside a doorway. We realised this was the doorman to the new restaurant called Samarquand - specialising in food from you guessed it Samarquand. {live in London and eat world food] he was dressed in what I presume is Samarquand traditional attire. Come to think of it, no wonder the 5 star hotels in India are so confused. They have Sardarjees standing outside. Think about it. Outside the Dorchester you will have a man dressed in English clothes.

The next morning we got onto the Eurostar to start our journey into France. The train was late, God knows why, maybe the driver was having a Croissant. Then in Paris we had to change trains and stations to connect from Eurostar to the Lyon TGV. That was a mad rush. We rushed out of panic and fear of the unknown. Actually we had enough time and could have stopped for a wada pao if we wanted. Go into our TGV and reached Lyon a good 2 hours later. Total distance covered some 700 kms from London to Lyon in some 7 hours including waiting, delayed trains et al.

Our Hotel is an old building which has the Paul Bocuse Institute in it. What this means is that in one of the restaurants, students from Paul Bocuse School do everything. service, front of house, chefs etc. Had breakfast there. Very very nice. Got delicious croissants as well as French AOC butter served on the table. God these people live well here in Lyon. The butter is so rice. You can eat Amul butter and loose weight its got so much water in it and the added salt to hold in the water.

Lyon is very pretty. Reminds me of Zurich crossed with Vienna or Prague. Had a small walk about last night. Cold, quite cold. But if you spend money and buy good winter wear you are fine. We were fine. We could have gone into riot control in Srinagar. No bullet would have penetrated our bodies with all those layers on. Actually not that much but after Mumbai its a lot.

Dinner was at a charming Bistro recommended by the Concierge. Very very nice food. The Marrow in my plate was cooked very aggressively so it had broken down. I guess there is a difference between a 1 star Michelin St John who serves Marrow and Parsley and a Bistro in Lyon. The price is the difference. Also my vegetables in the Pot Eu Feu were overcooked but then again when you pay 15 Euro for this you cant expect more. Arti had sweetbreads which were just superb. For desert we just had to have a bistro classic - Creme Caramel. Arti the Queen of the Kutches scoffed and said, like in a Parsi wedding. But let me tell you it was superb. I prevailed on Her Highness to have a bite. She grudgingly acknowledged that even Shapoorji Pallonji would not be able to serve this quality at his grandsons Navjyote.

Today we are well fortified with AOC butter, lovely croissants to explore Lyon at a frosty -5 degrees. 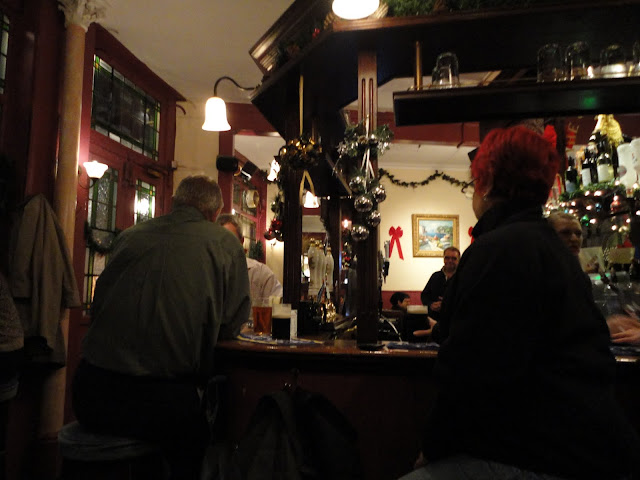 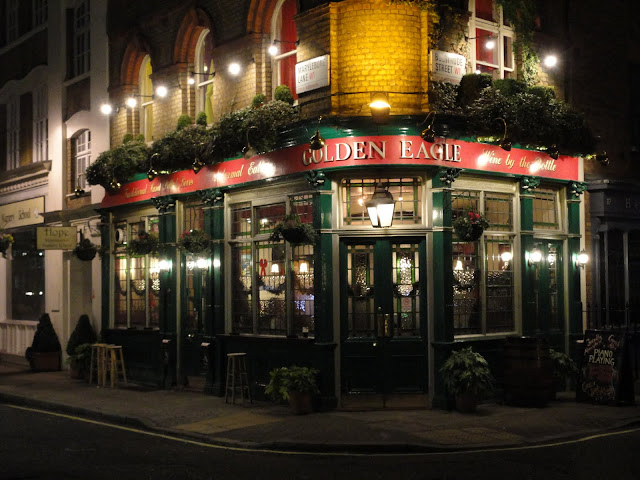 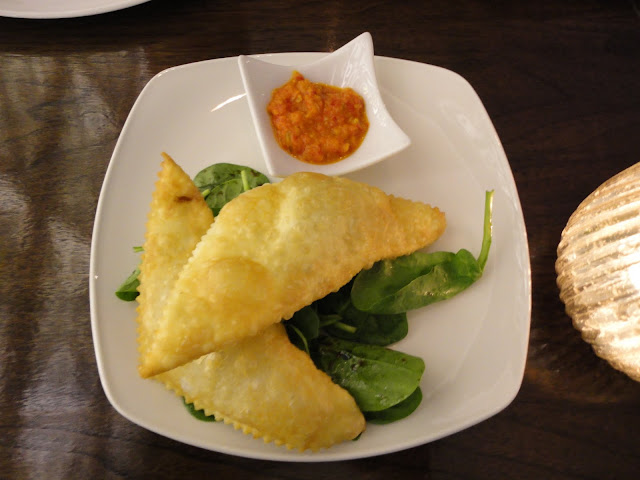 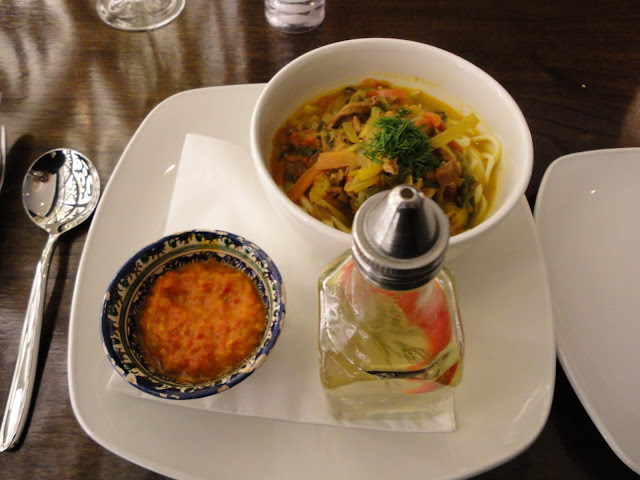 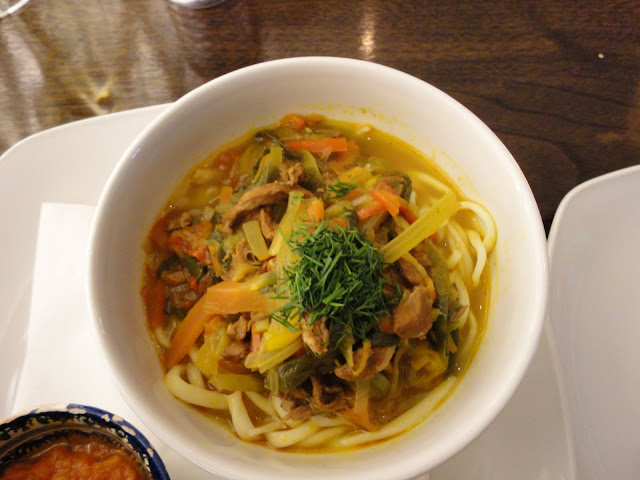 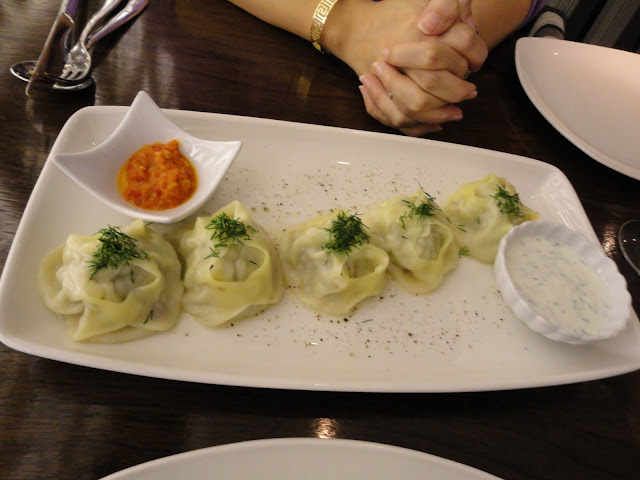 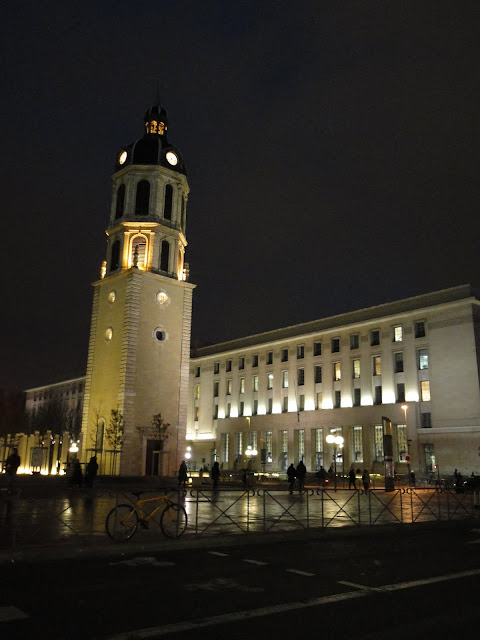 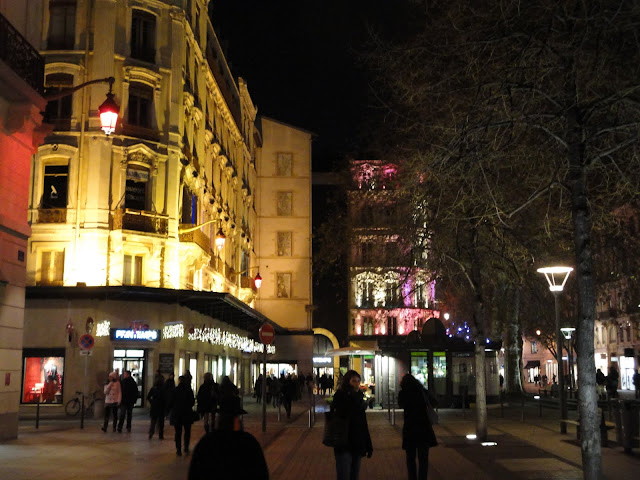 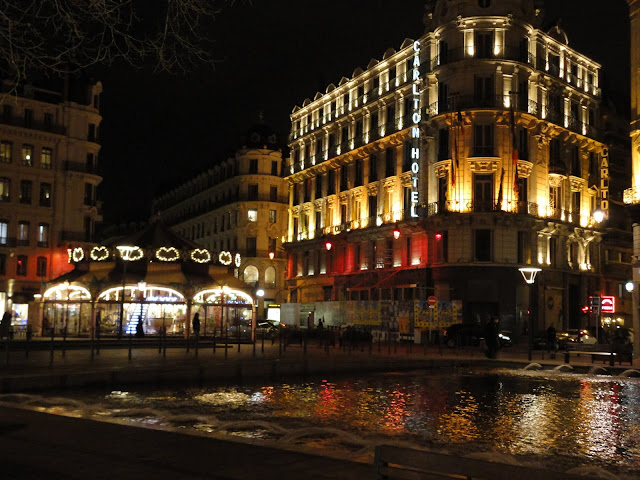 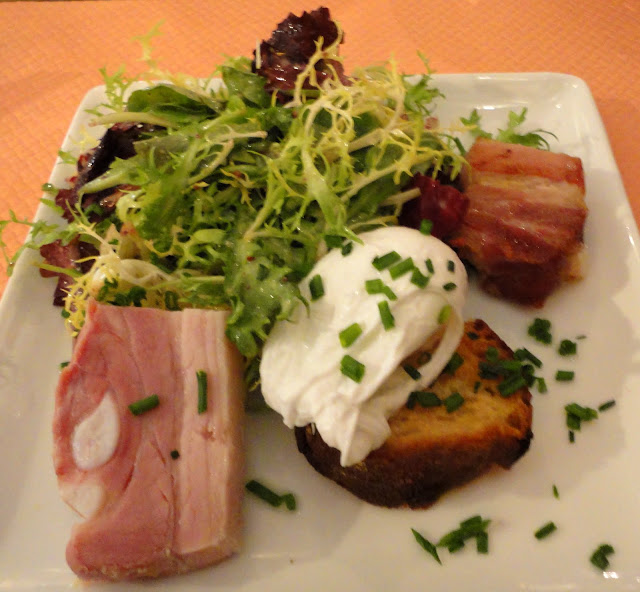 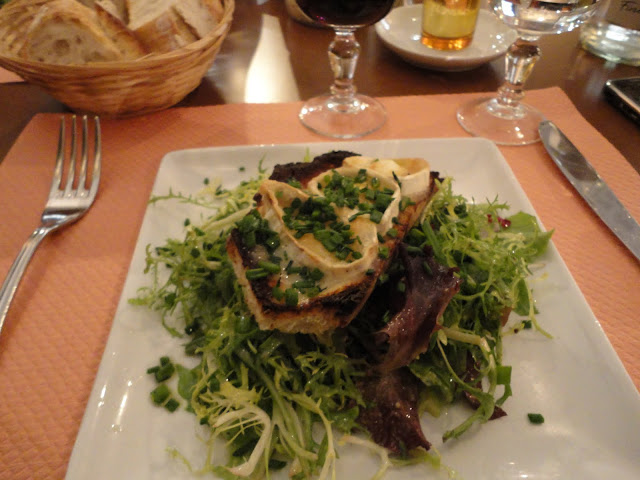 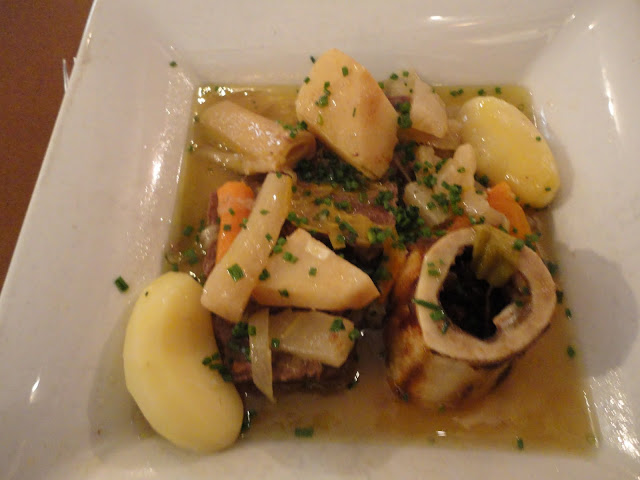 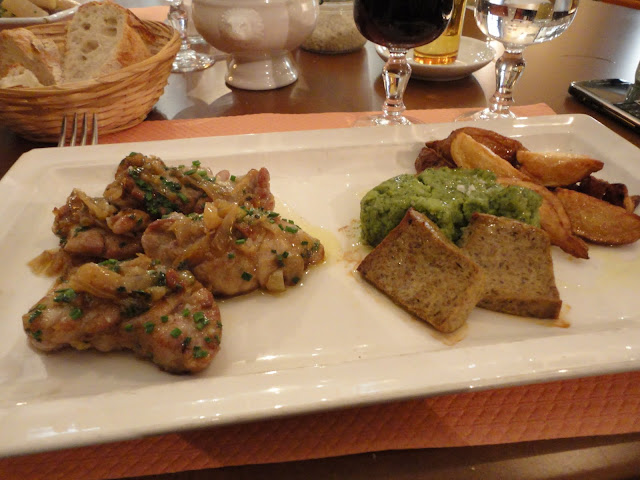 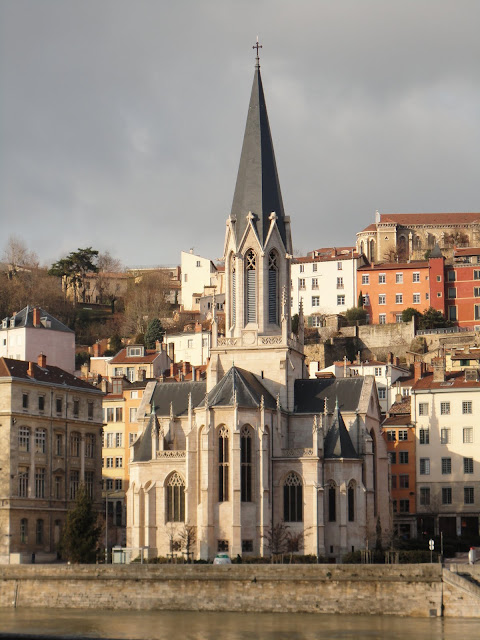 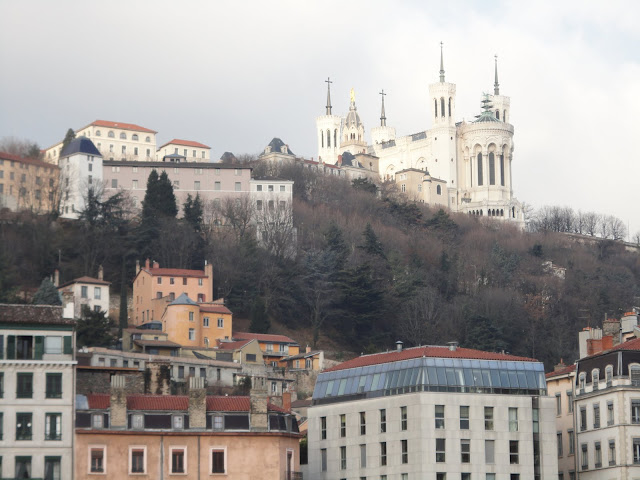 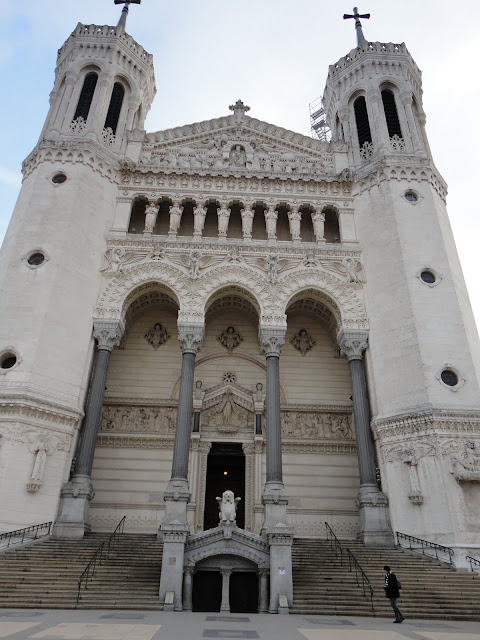 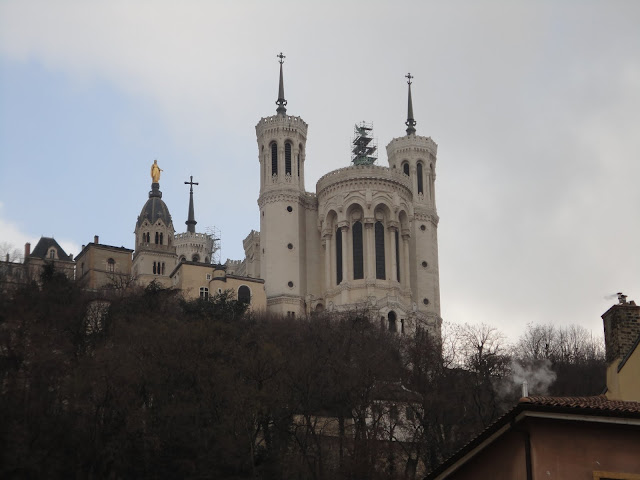 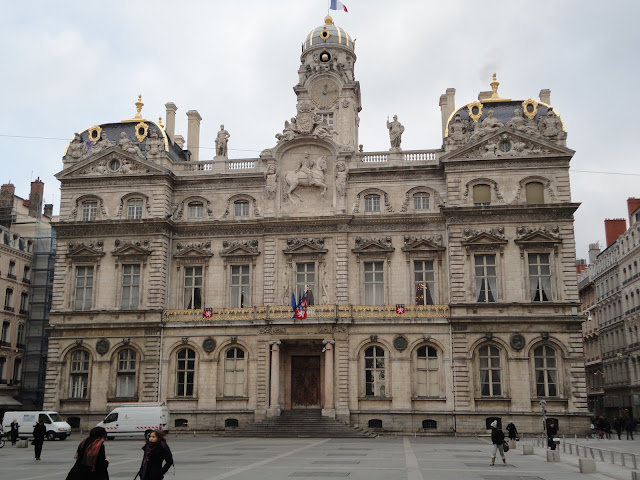 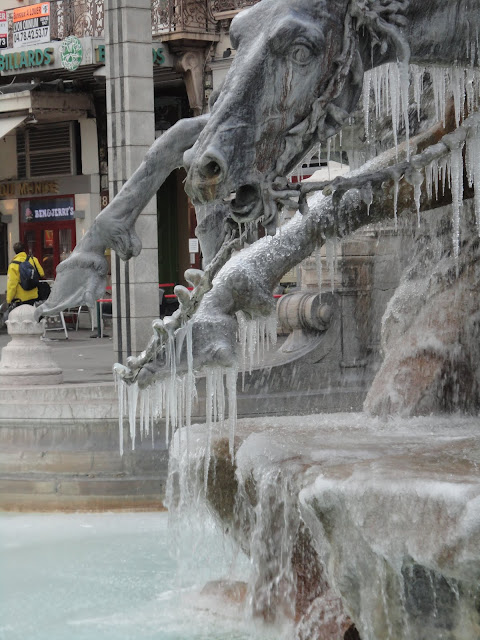 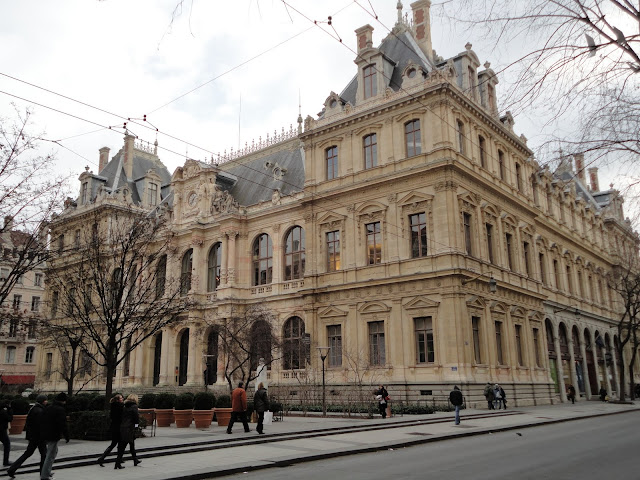 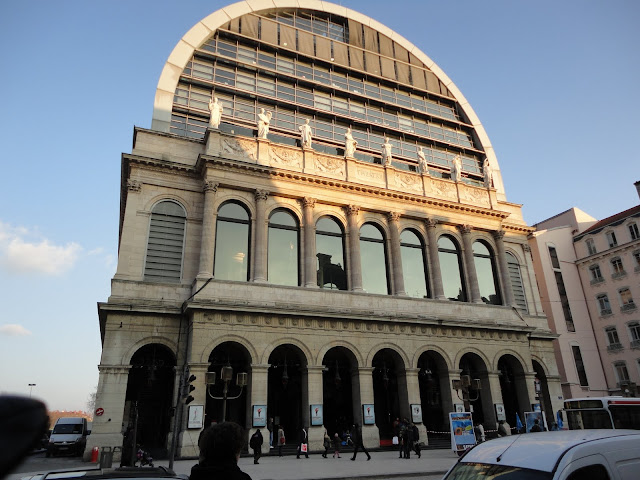 Posted by Stonethrowers Rants at 2:45 PM