We landed in Tokyo in the evening. After unpacking it was time to go for dinner. HRH the Queen of Kutch had done some research and said that we should dine at an Izakaya.

Now a bit of explanation.

Generally speaking Japanese restaurants are what we would term as `speciality’ restaurants. Thus, you have a Sushi restaurant that serves only that, a Tempura place, a Shabu Shabu place, a Ramen place and so on and so forth. Restaurants generally are regimented.

In light of this i.e. restaurants serving just one kind of cuisine, I thought I would write about the cuisines and not the restaurants. Stay with me for the next few days, you will get what I am saying.

Izakayas are so to speak `multi cuisine’. You will get a bit of Sushi, a bit of Yakitori, a bit of Noodle and so on. These are basically drinking establishments with a bit of food, a pub. Something like a Toto or Mondegar or a Woodside Inn as opposed to say Indigo Deli. Izakayas are casual, loud and office goers will frequent them after work. They will drink, eat some food and wind their way home.

So for our first night it was to be dinner at an Izakaya. A good one was Gonpachi.

Now, this is something you will notice. With the advent of numerous TV shows on food and restaurants, places achieve international fame. So a place that Anthony Bourdain visits and makes a show on, achieves greatness. That is one end of an endorsement. The other end is a restaurant being visited by a celebrity as opposed to a celebrity chef. George Bush was taken to Gonpachi. Bill Clinton going to Bukhara in Delhi. Imran Khan eating at Trishna in Mumbai. The point I am making is that either type of endorsement necessarily means that the establishment was good, safe, probably an introduction to that Country's food. One also hopes that the place will still be good by the time you reach there. The other matter to be kept in mind is that the places become a magnet for tourists like HRH the Queen and me among a thousand others.

Gonpachi also achieved fame as a scene from the movie Kill Bill was shot in the restaurant. Anyway, we were handed a map by the hotel concierge a reservation was made and we set out walking to the restaurant some 15 minutes away. We were soon hopelessly lost. No street names, no road signs, nothing. We were really lost. Then, HRH the Queen started accosting passersby who she believed had an intelligent look and would understand English and asked them how to get to the restaurant. Very friendly people, every one of them, but equally, every one of them was hopeless at giving us any directions. Tempers flared. I cursed Japan, Japanese, and the fucking script. Soon we leapt into a taxi and said Gonpachi. Eureka!!! taxi driver knew it and we were on our way. Of course we reached, only problem was it was another branch of Gonpachi from the one we originally wanted to go to. Paid for the cab by card, a large sum of money.

The restaurant was large, crowded and flying. Disconcertingly the staff was multiracial, an Asian, three Africans, a Caucasian manager and a few Caucasian waiters, blond and blue eyed. The place was an absolute tourist trap. I don’t believe there was a single Tokyoite there, unless they were entertaining foreigners. 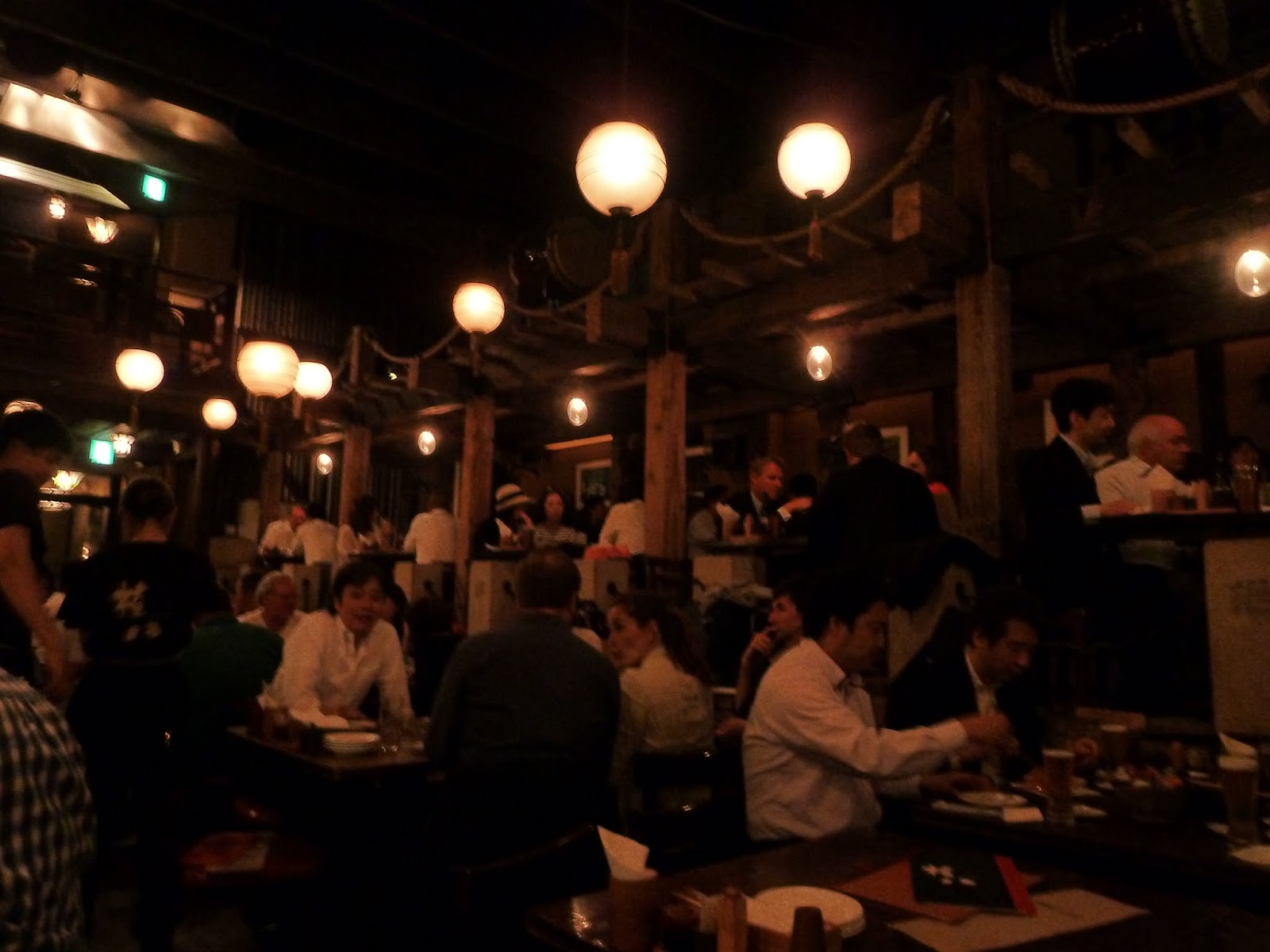 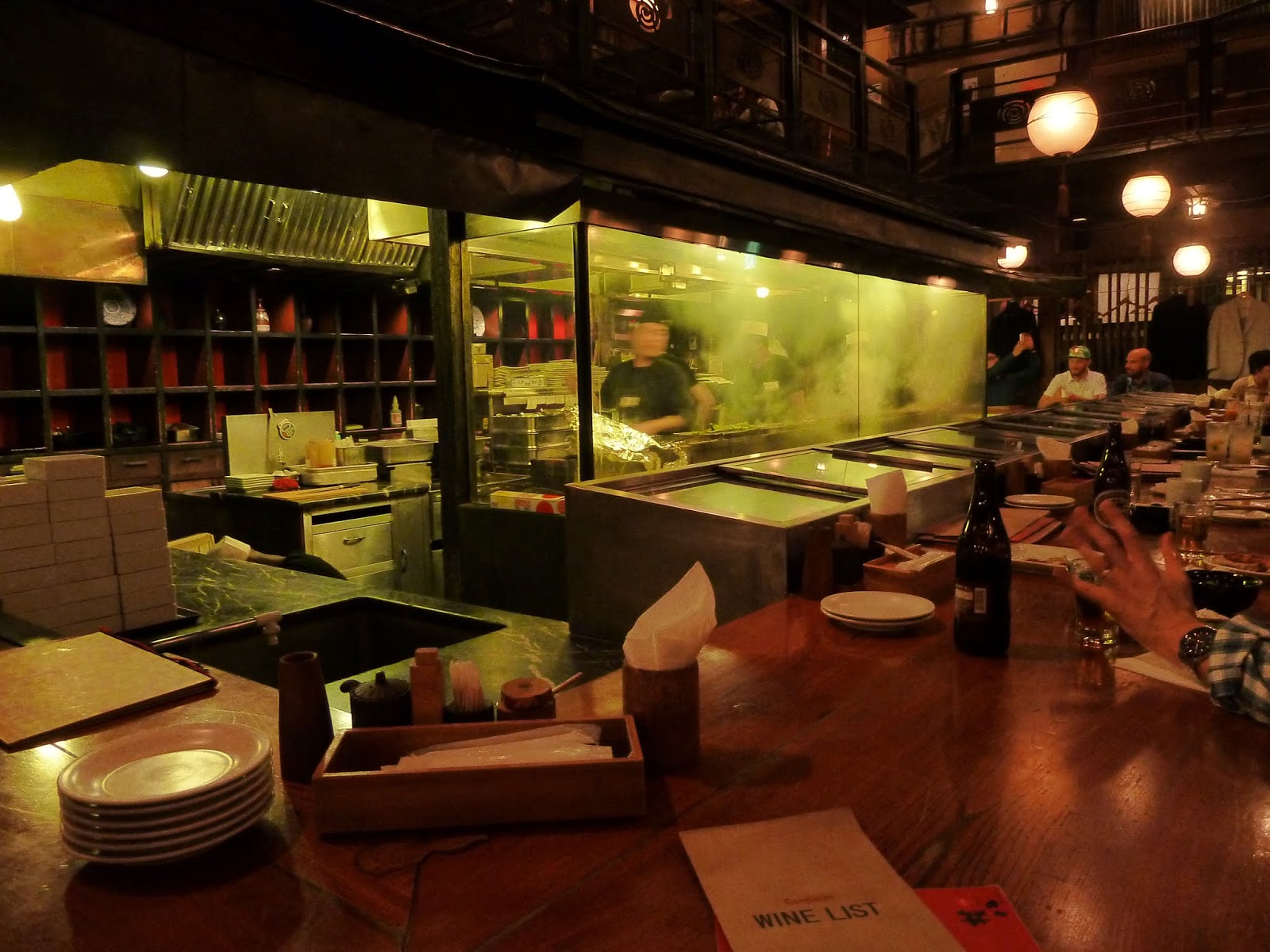 We came away disappointed. Lots of questions in my mind. Both of us were disturbed.

That night we slept like the proverbial babies. We woke 12 hours later at 9 am. Thoroughly refreshed, and in far better moods we set about exploring Tokyo.

I am sure that you must have read in food magazines as well as seen a TV show or two of how the best food in Tokyo is below the railway tracks, the drinking joints, the smoky Yakitori, the delicious bowls of noodle. Well, during our meanderings we came across a place that fit the bill. By co-incidence it was another Izakaya, totally unknown, with no entry on the internet [shocking] called Kayoi-Ji. It was under the railway lines, so that box was checked. We went in made a reservation for later in the evening. 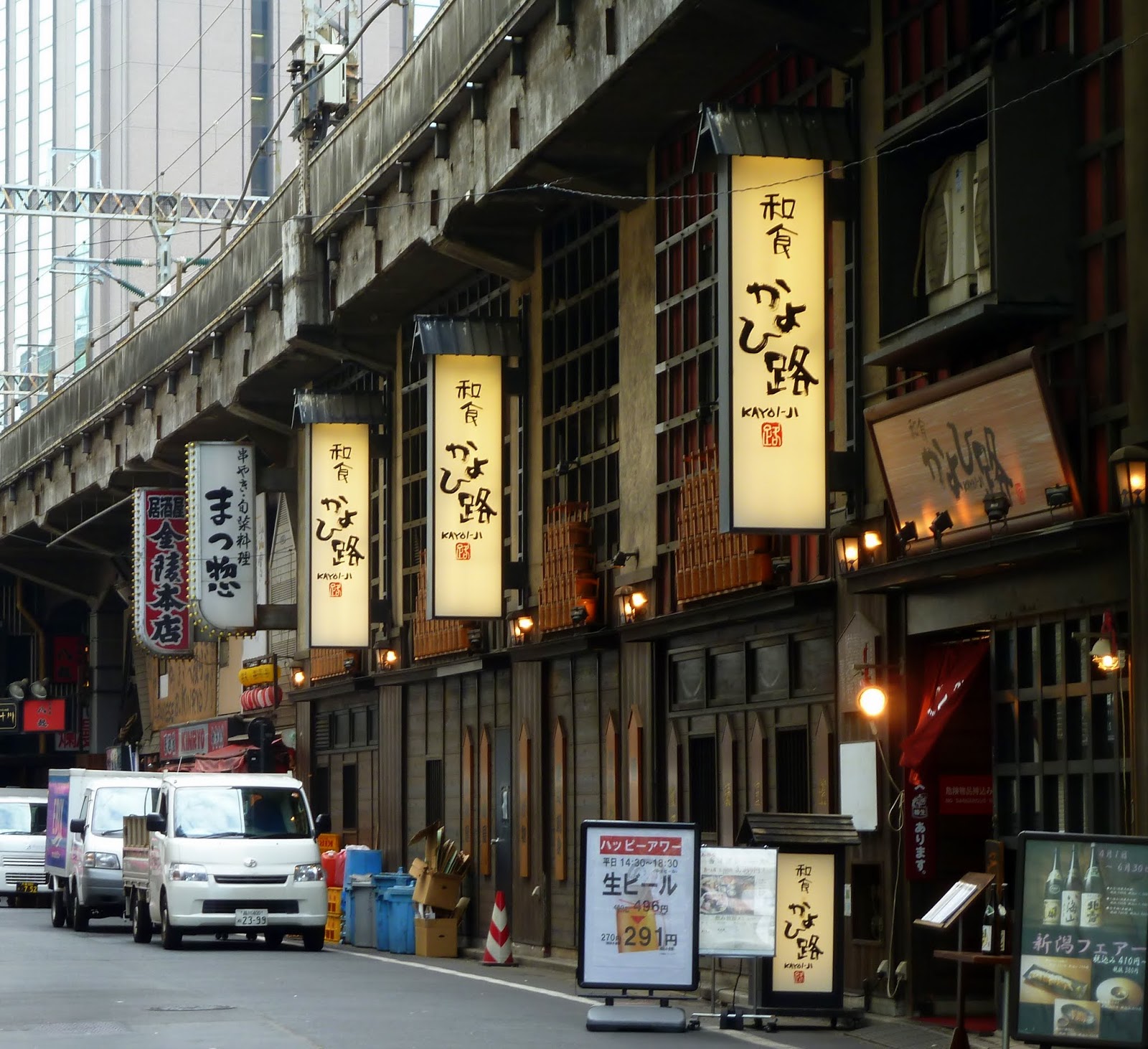 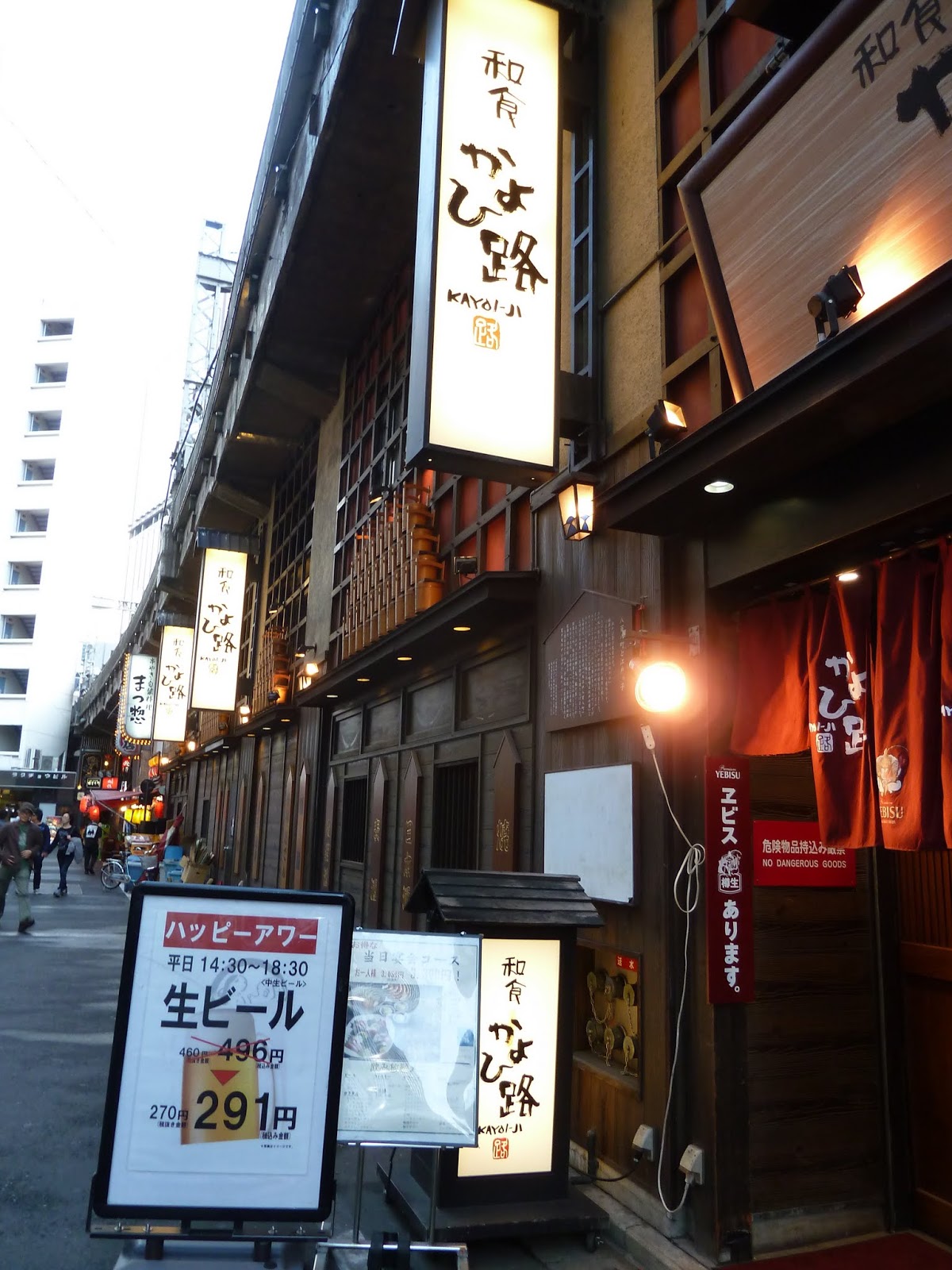 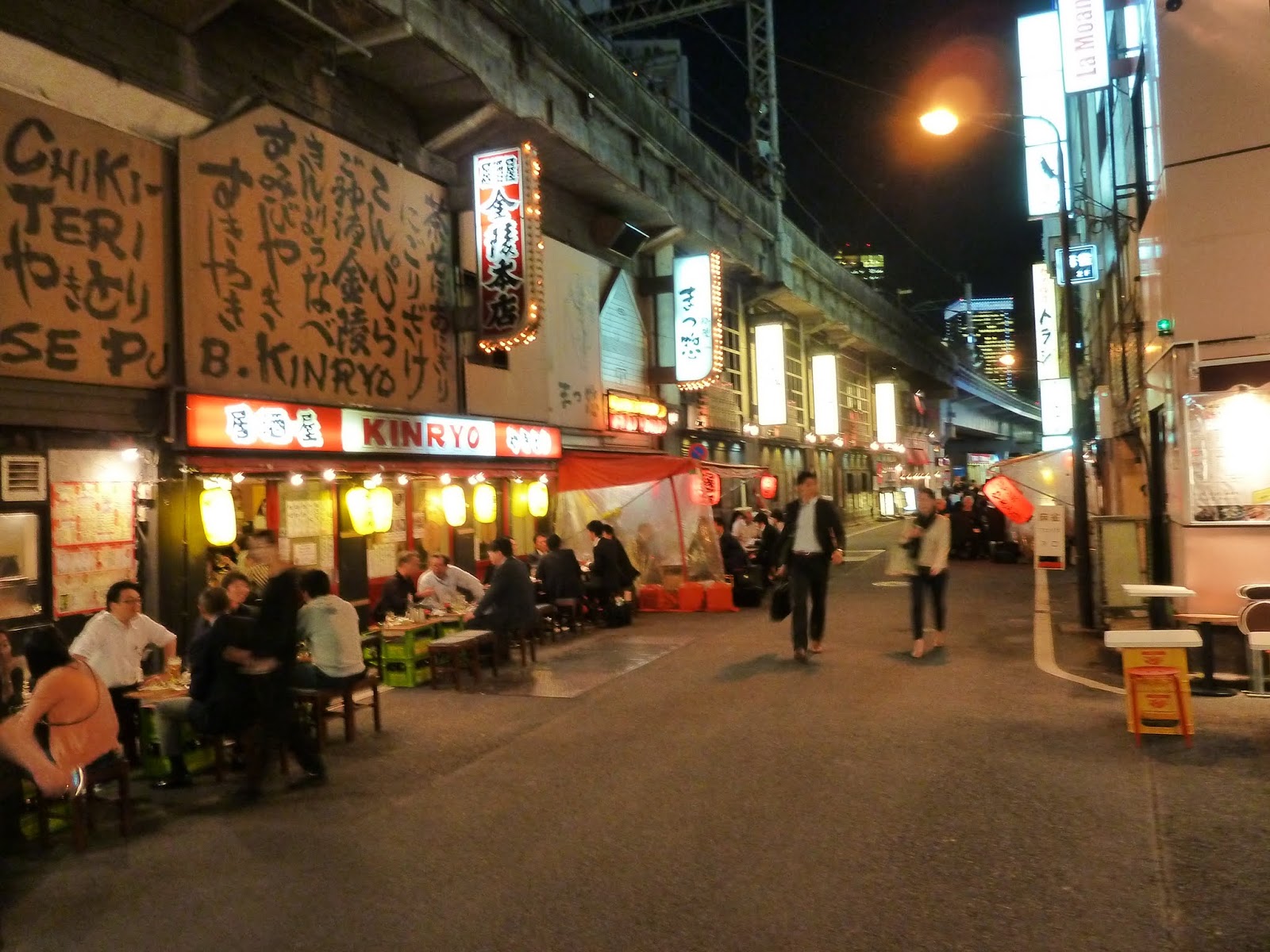 On reaching we were welcomed by the friendly waiter who had taken our reservation. Up we went and were seated Japanese style. Beer and Sake was ordered and we looked at the menu. Some explanations in English were provided. We set about ordering. The food was far far better than the horrid Gonpachi. The service was friendly and we had a really nice evening. Unlike Gonpachi, this Izakaya seemed to have mostly locals and as far as I could see, we were the only tourists there. Surely a good sign.

A most unusual dish was stewed Radish. Simply stewed and dressed with a sauce that was like Hot and Sour Soup, it was thick and had Egg in it. Quite nice. I was told by HRH the Queen of Kutch, who knows everything, that Radish is good for the blood. I ate a lot of Radish. Jolly good. 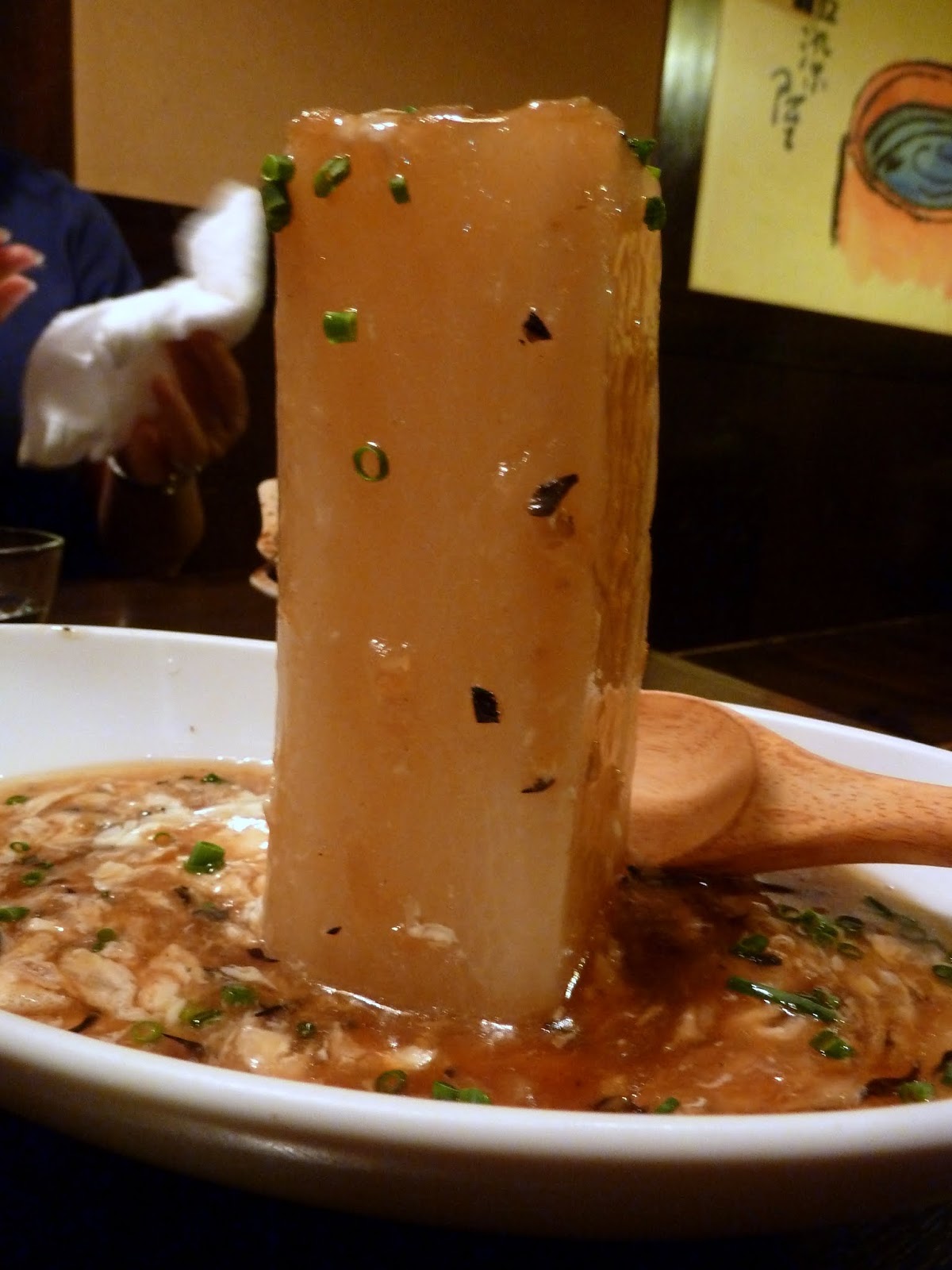 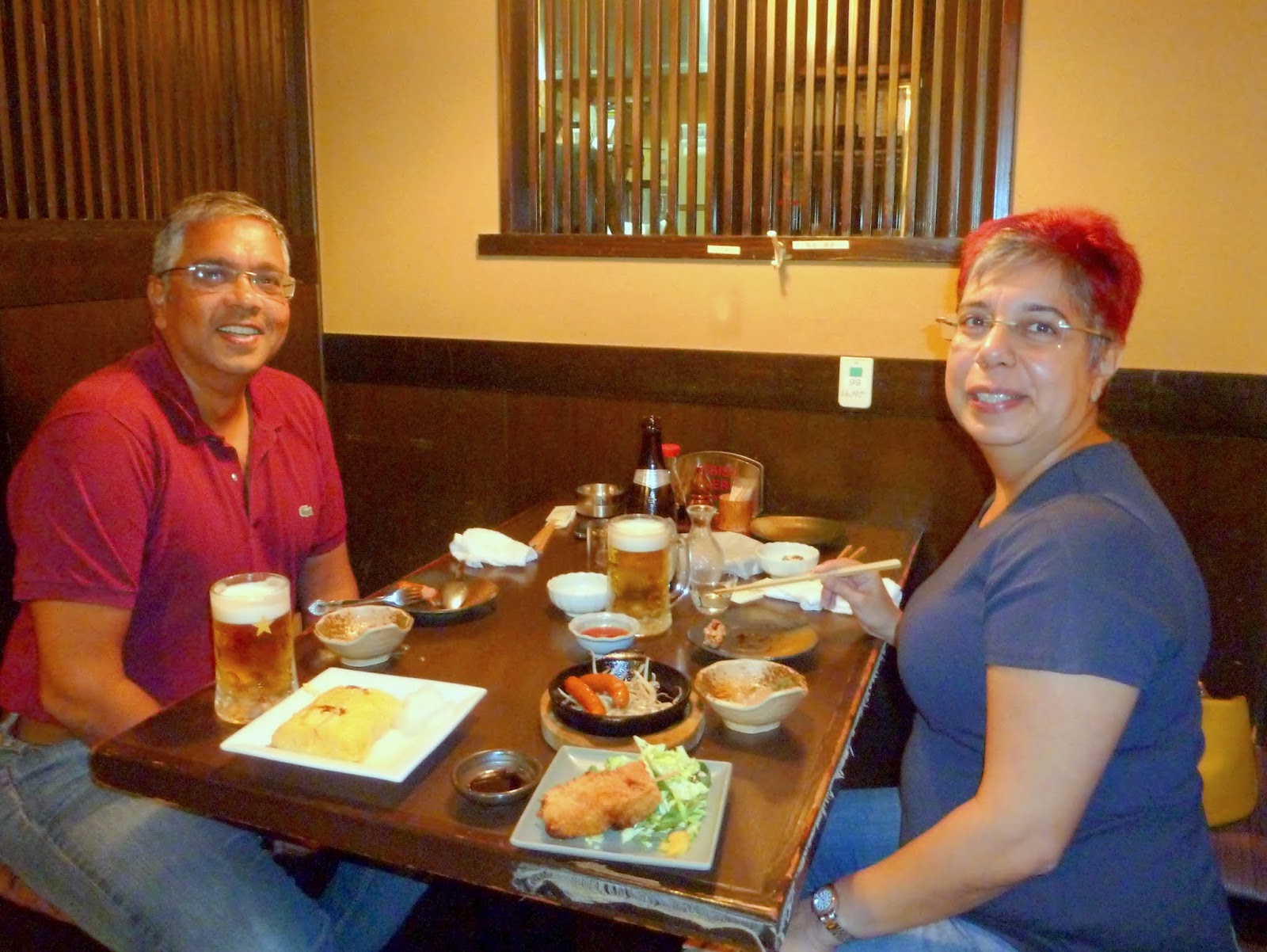 After the first two evenings we decided no more izakayas for us as they are by and large variations of one another and have similar food. But, I would definitely recommend an izakaya or two for a general introduction to Japan and Japanese food.

Posted by Stonethrowers Rants at 4:45 AM