Kyoto - What a let down


After Tokyo we were to travel to Kyoto.

Kyoto is the ancient capital of Japan. A city that has some 1600 shrines or temples. It is also a sort of cultural and arts and crafts centre. Kyoto is some 2 hours 45 minutes away from Tokyo by the Bullet Train. Bullet Trains are called the Shinkansen and come in many flavours. Generally they are the same equipment meaning the actual locomotive and bogies are all the same and generally the speed and rapidity at which they travel are the same, the difference normally is in the number of stops. The fastest [by which I mean using the least time] is the Nozomi category, which, as the proud holder of a Japan Rail Pass, you cannot use. You are relegated to the Hikari category. This is a bloody fast train by itself. We reached Tokyo station and waited for our train. The punctuality of the trains, the uniforms of the Conductors and Drivers was a sight to behold. The cleaning crew waiting to clean the train was quite something. If our rail karmacharis ever reach this level India will be a superpower.

Soon, we reached Kyoto and got off. Kyoto was a dump. After the majesty of Tokyo, Kyoto was a hopeless dump. I hated it on arrival. To get around in Kyoto you buy a combined bus and subway pass. The busses were ok, better than our BEST busses, but they were damn slow, crowded and often you could not board as they were so full. So getting around was a bit of a challenge. To add to the difficulty in getting around is the fact that the shrines, especially the important ones are in different corners of the city. So you spend a lot of time travelling in a bus. All guide books suggest you do one area of Kyoto each day so you don’t end up travelling back and forth too much. That said, getting anywhere is at least 45 minutes to an hour in an exceedingly crowded bus. Once there, pay an entrance fee, visit the temple or shrine and another very crowded bus takes you to another shrine. It’s easy to get shrined out very fast.

Kyoto was filled with backpackers, generally American with some Australians and a smattering of British and Europeans. Kyoto was full of very pretty handicrafts shops, coffee shops and all things pretty. If you have ever been to Ubud in Bali or Thimpu and Paro in Bhutan you will know what I am referring to. Lots of Jholawallas all around, the `green’ types, the vegans and those absorbing the culture. Lots of pottery shops, beautiful cup `bashi’ shops [if you know Marathi].

The Pontocho area is a strip of restaurants along the river. Everyone says you should go there to eat. Horrible tourist trap. We fled in minutes. The Nishiki Market is also highly recommended. It was nice but odd with all kinds of shops without much of a focus. You had food shops, trinket shops; handicraft shops all cheek by jowl.

The shrines are all right. They do have beautiful gardens but the shrines themselves are rather thin if I could use that word. Many of them are quite new as they have been reconstructed. You pay an entrance charge to get in and all you see is one structure. It may be reasonably beautiful, but besides that there is nothing. Most readers will know that I am an India basher, but, even I will admit that our temples in Madurai and the Golden Temple [which I have seen] and Khajuraho, Jagganath [which I have not] are far far better, richer [culturally] older than any of the shrines in Kyoto. HRH the Queen of Kutch, who is greater believer in Temples and matter of spirituality than cynical me, also thought that the shrines were underwhelming and unimpressive.

The must-see-shrine in Kyoto is the Kinkaku-ji shrine with its majestic gold roof. Certainly very pretty if you can push your way through the hordes of Japanese tourists (mostly school children), jostling for the perfect photograph. Another much touted place that left us cold was the Ryoanji Temple with its Zen Rock Garden, I mean seriously, what on earth was that all about? Seven rocks randomly placed on some sand and hordes of people meditating the significance of it all!! We were certainly not feeling very Zen at all. 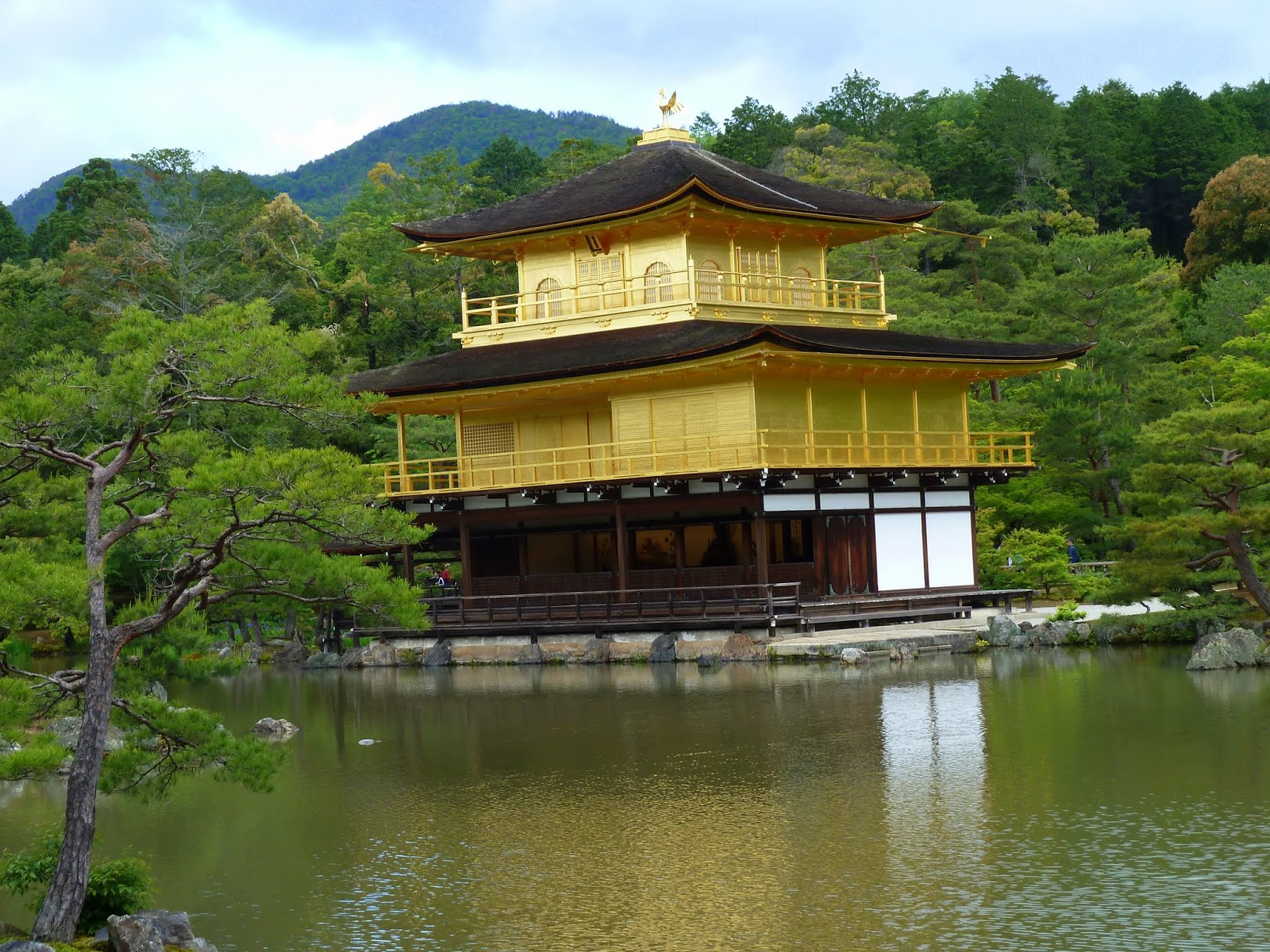 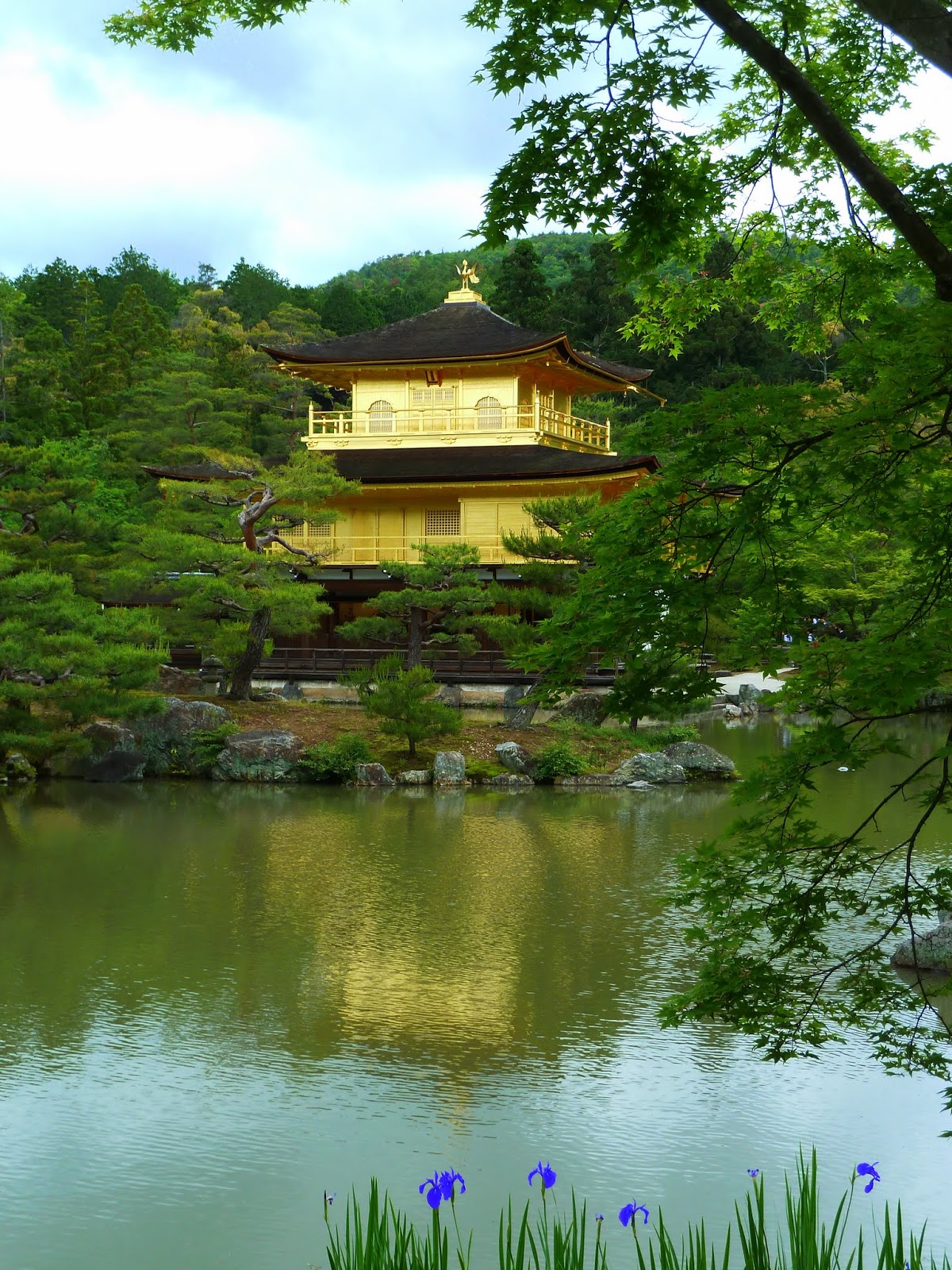 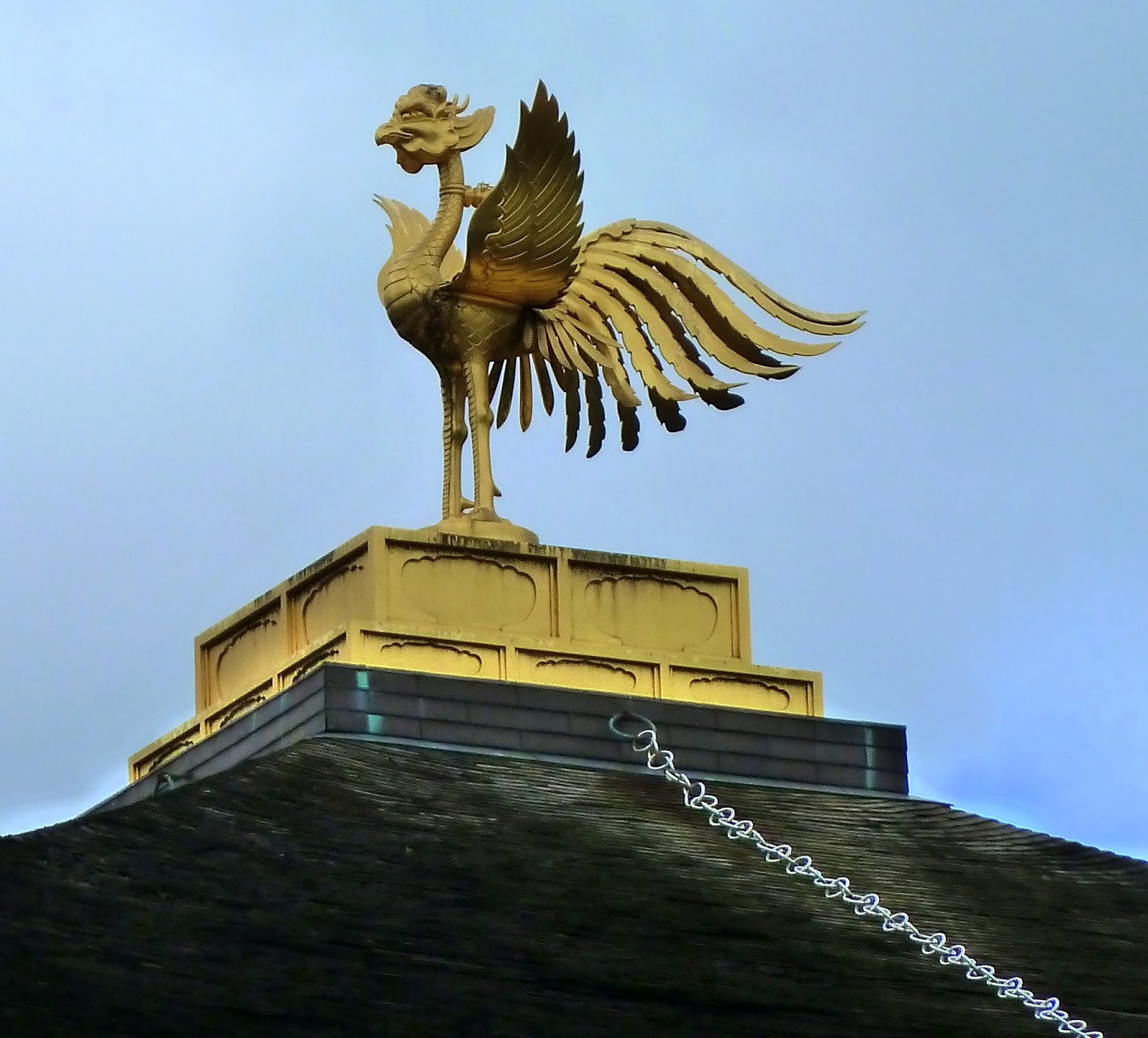 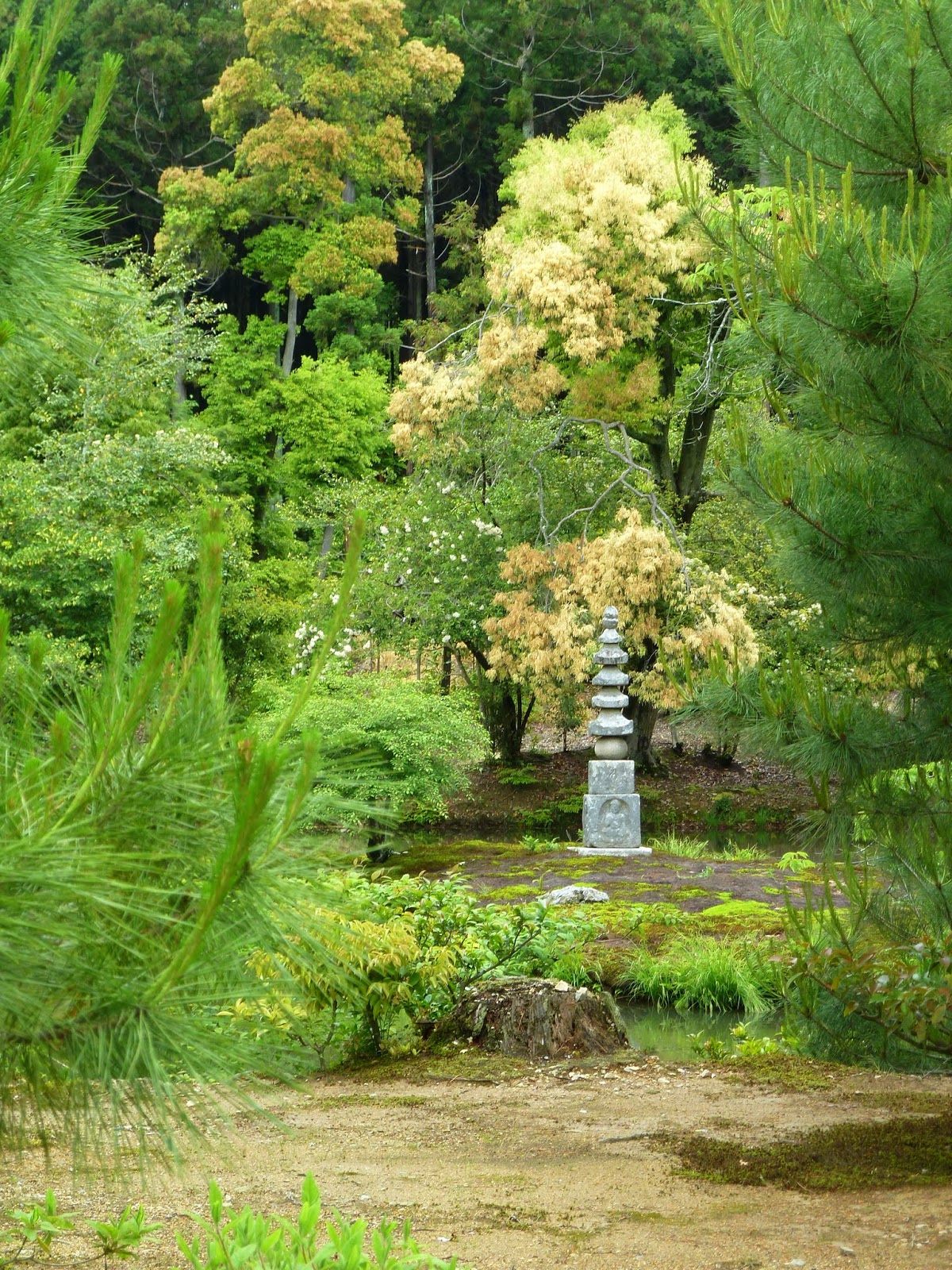 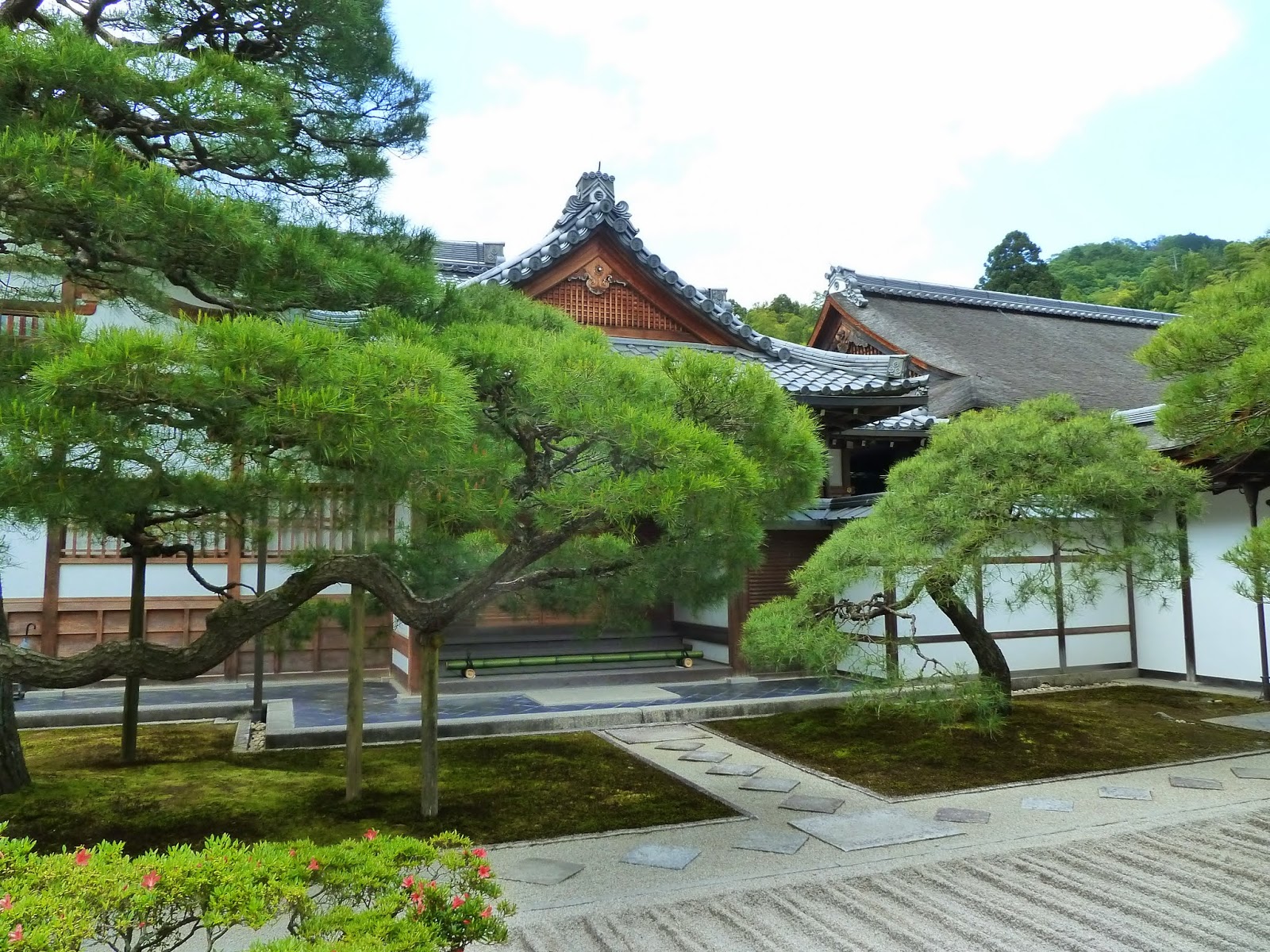 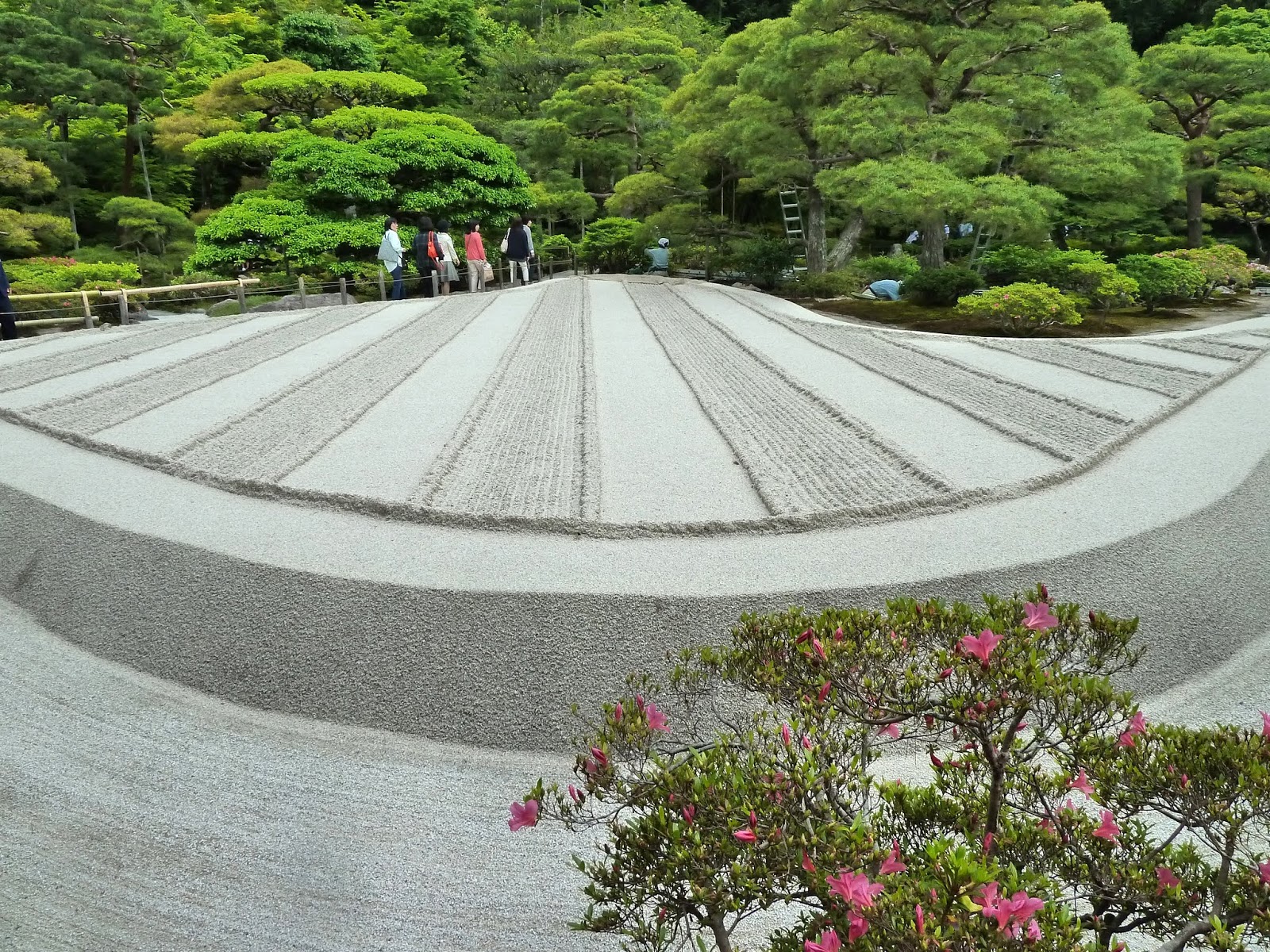 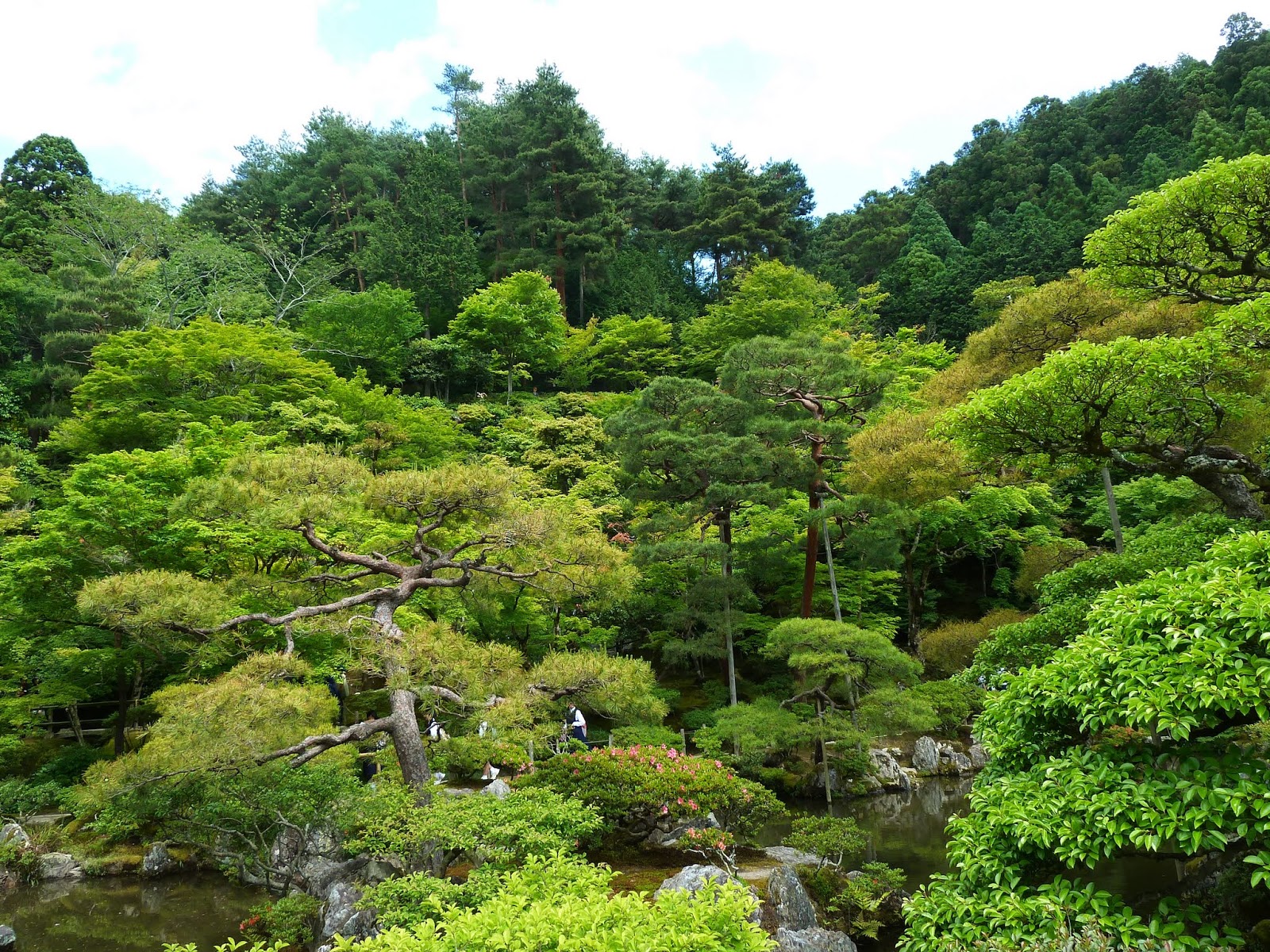 I wondered what was wrong, why both of us were feeling let down? Were our expectations too high? HRH the Queen of Kutch then did a bit of research and found several travellers forum on the Internet especially on the Lonely Planet website that voiced exactly what we felt. I am reproducing some passages from these conversations:

‘I've always said that Kyoto is the most overrated place I've ever been to. Yes (mandatory caveat) there are some small pockets of relative "beauty" but overall it's just your typical concrete and overhead wiring Japanese urban monstrosity.

The problem for me, is the way that Kyoto is promoted as a "historic" city, full or traditional Japanese culture. But it’s not -it’s an ugly, bland modern city with the scattered remains of a history now largely gone. There ARE many beautiful places in Kyoto - lovely small shrines dotted around, charming ryokan, Kiyomizadera and Kinkakuji are certainly worth seeing, and the mountains are nice... but the problem is that the city itself, as a whole, is neither beautiful, nor historic.

And that’s not what you would expect, from the way people talk about it. They never mention that it’s basically just a modern, anonymous Japanese city full of 7-11s and gas stations. Every place of interest or beauty is located right next to a supermarket or a pachinko parlor. There is no sense of walking down the street and stepping back in time, no unbroken historical streetscapes.

Having visited other "historic" cities in Europe and Latin America that really were like that - almost perfectly preserved - I thought Kyoto was rather lacklustre by comparison.

So we were not alone in feeling like this. Ultimately, Kyoto was a huge disappointment for me. HRH the Queen of Kutch is more tolerant and easygoing, so her disappointment was probably less, but all the same it was certainly not worth the visit.

Posted by Stonethrowers Rants at 6:49 PM