And now for something totally different - Burger King


I needed a new pair of Crocs. The pair I have had for the past 4 years have totally worn down the sole. They are flat as a pancake on the bottom. This is very dangerous. The shoes have no, absolutely no traction. A slightly damp floor and I am sliding. Bloody scary. For others, it looks like I am performing Charlie Chaplin routines. For me it is traumatic. I have no intention of going splat on the floor injuring myself. It was time to buy a new pair. This is my footwear of choice, and it is absolutely essential in Mumbai rains.

My last pair was bought from the horrid Phoenix/Palladium wart at Lower Parel. So that is where we headed. Despite the signs indicating that the Crocs shop was on the ground floor there was none. I asked the friendly Bihari/Bhaiya watchman where it was and he informed me that it had shut but I could find Crocs at Metro Shoes. I did. I bought them.

It was lunch time. As you know our lunches are always frugal, quick and cheap. The Phoenix/Palladium wart has lots of options. It was Tuesday afternoon, so without exception the formal dining places were all empty. We had to choose between MacDonald’s and the new Burger King. You also know that we hold the opinion that food served at these fast food outlets is the cleanest and most hygienic you can get, I mean this seriously, and I mean this without exception. I am not passing judgement on its health quotient as this really does not bother us. We eat this so rarely.

A decision was made in about 10 seconds. Burger King.

The set-up is similar to MacDonald’s. You look confusedly at the pictorial menu up on the wall; look embarrassed while kids swarm all over confidently ordering. HRH the Queen of Kutch ordered a Chicken Whopper without onions. I asked for a Mutton Whopper, both with cheese. We refused the option of upsizing by adding a double patty, no fries, and no soft drinks. We took our seats and soon the Burgers were served to us.

Conclusion, much better than MacDonald’s, and much bigger, of course more expensive. However, please remember that by `much more expensive’ you are still talking of very small numbers. The Burger King Burgers cost Rs 150 while the MacDonald’s Fillet of Fish and Maharaja Mac cost about Rs 110/- These burgers had some integrity and character and were not the mush that MacDonald’s serves. And, most importantly for us, the burgers were not spicy at all. No `Tikkha’. Big relief.  We wolfed them down.

After having eaten burgers from the 3 big chains operating in India I believe the best are Dunkin Donuts which you read about here, Burger King next with MacDonald’s being the most inferior. Once again, that is exactly how they are priced. Makes sense. Every additional Rupee you pay goes directly improving the burger. I agree with this.

Go on have a burger at Burger King. Won’t kill you. You will actually enjoy it. 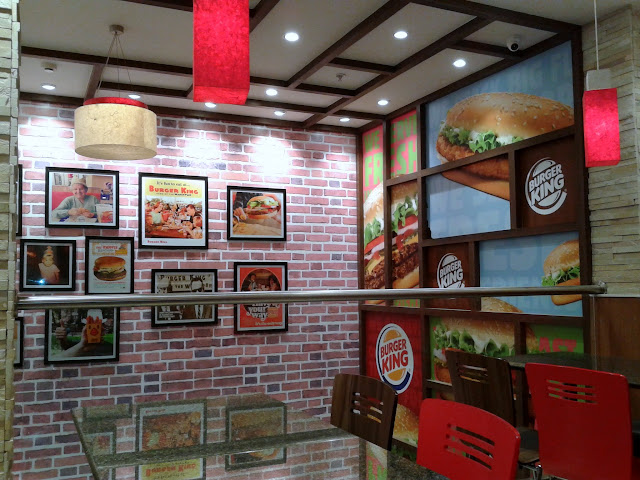 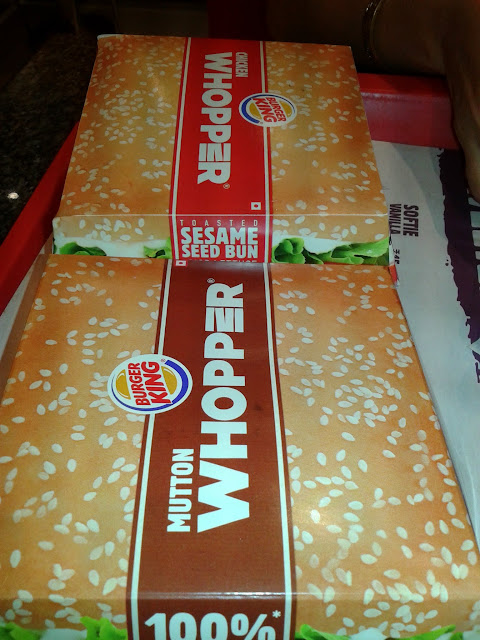 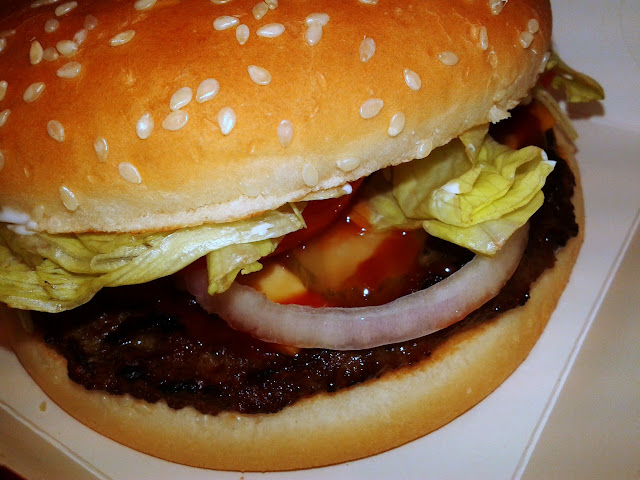 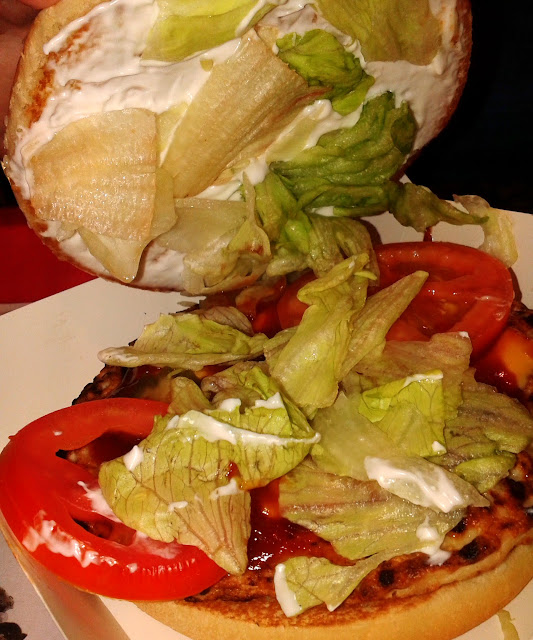 The Chicken Whopper without onion

Posted by Stonethrowers Rants at 7:02 PM