A lot of new cooking was done in December. This was almost entirely due to the unbridled enthusiasm of the youngest Miss Stonethrower.

The first thing that she wanted was a Croquembouche. If you have watched Masterchef you would know what it is. This is a classic French dessert served at First Communions, Baptisms and weddings. A Croquembouche is conical and is made with either Choux Pastry buns or with Macrons which are stuck together with caramel. Choux Buns can be filled with a variety of flavored creams – chocolate and orange – being more popular.

At the center of the Croquembouche is a cone. I did not have one that could be used, so using old school card paper folded 4 times to get some strength and stability we made a cone. This we covered with aluminum foil which we oiled so that the caramel and Choux Buns would not stick. The filling was to be chocolate cream. 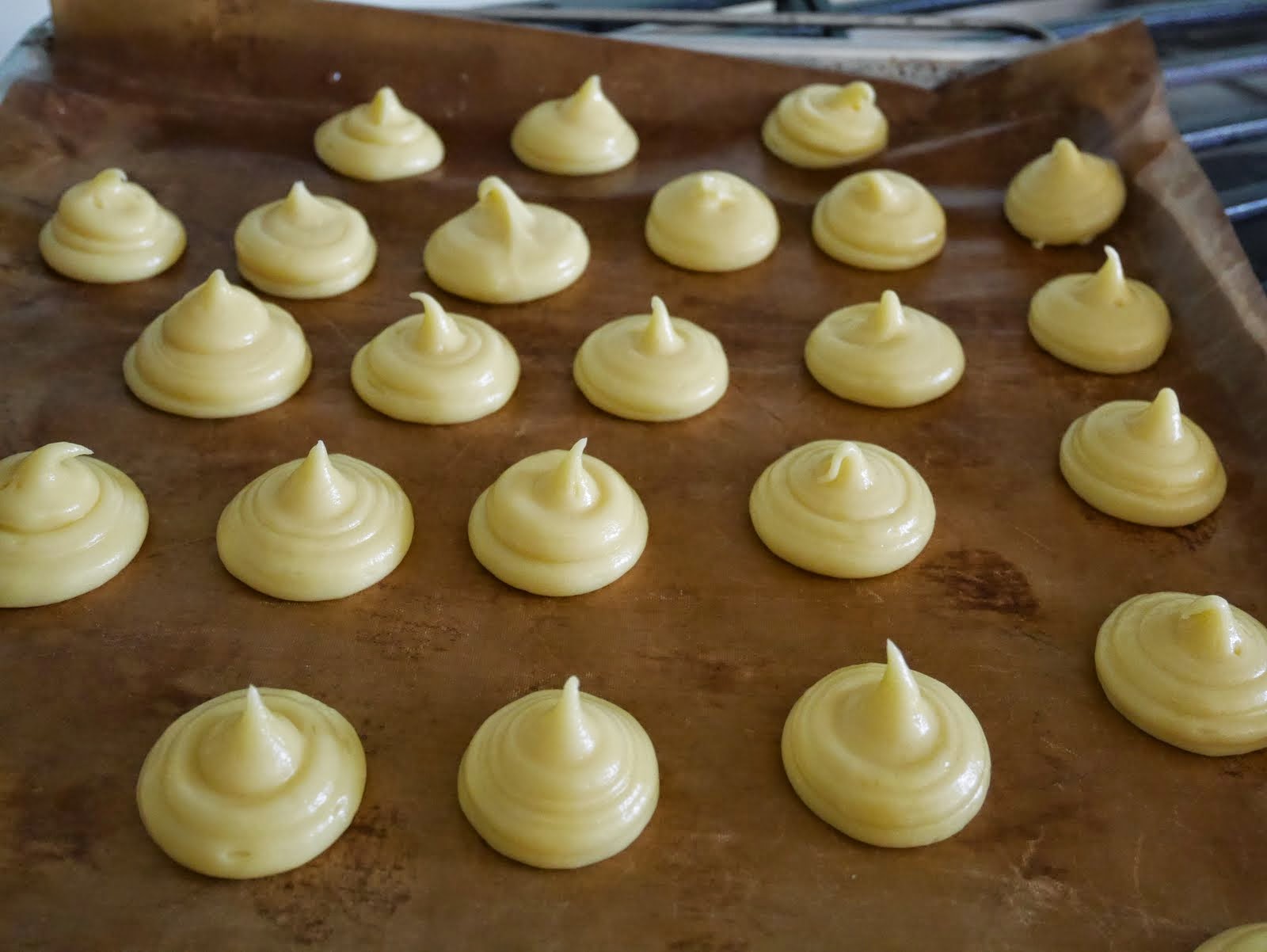 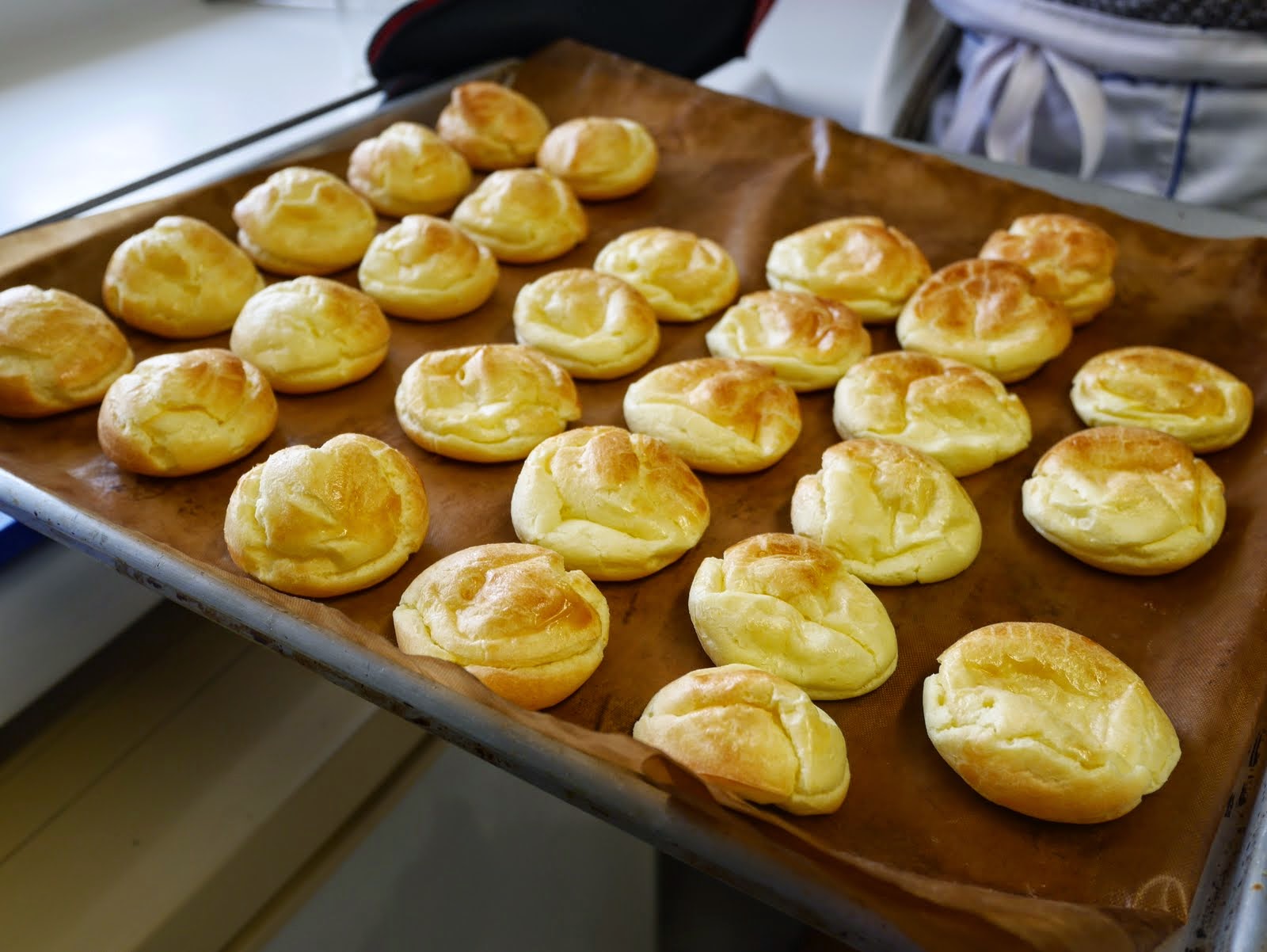 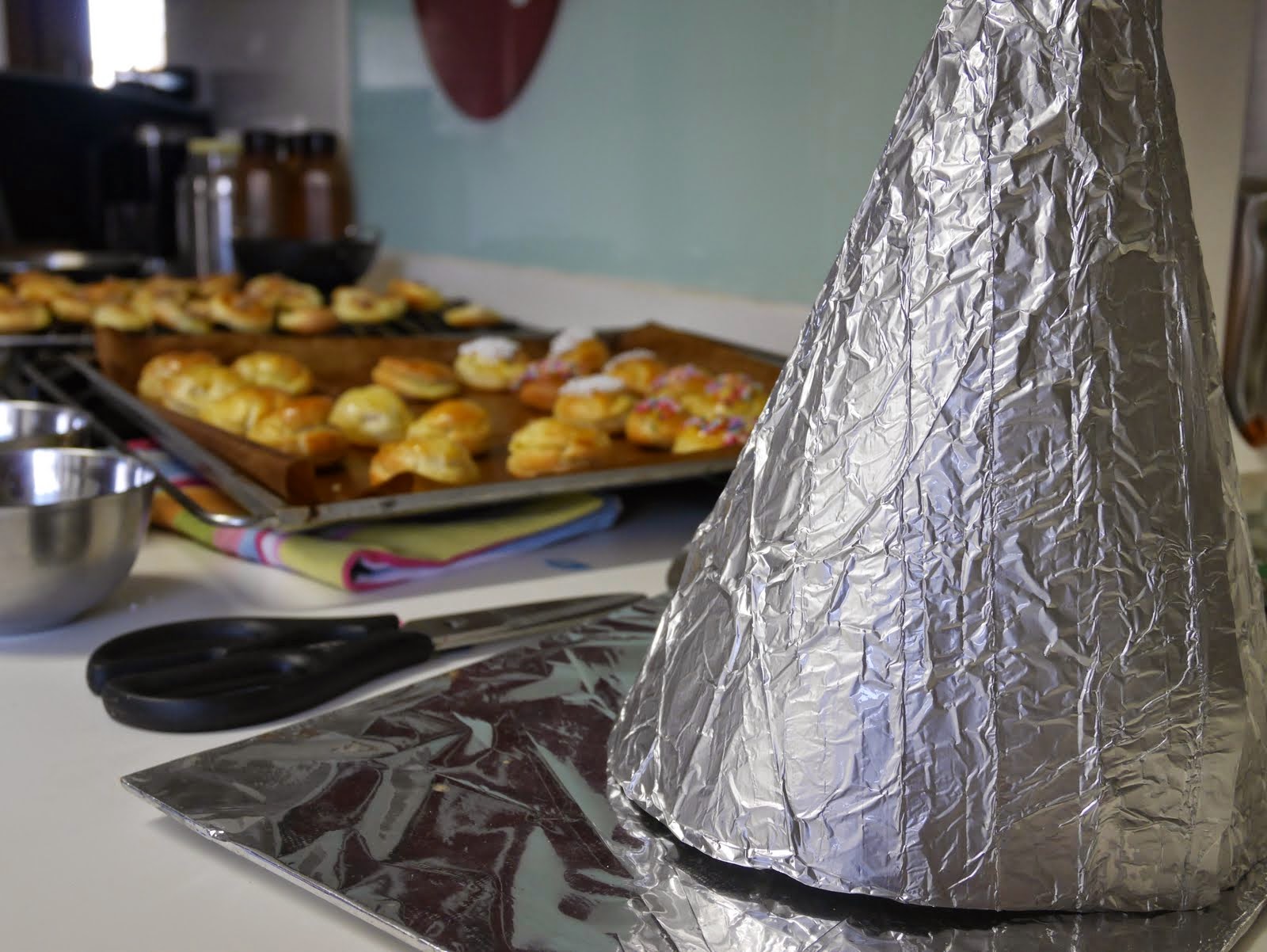 I must say that for a first attempt the Croquembouche turned out well. It was a success, though not without its faults. All in all, we were pleased. 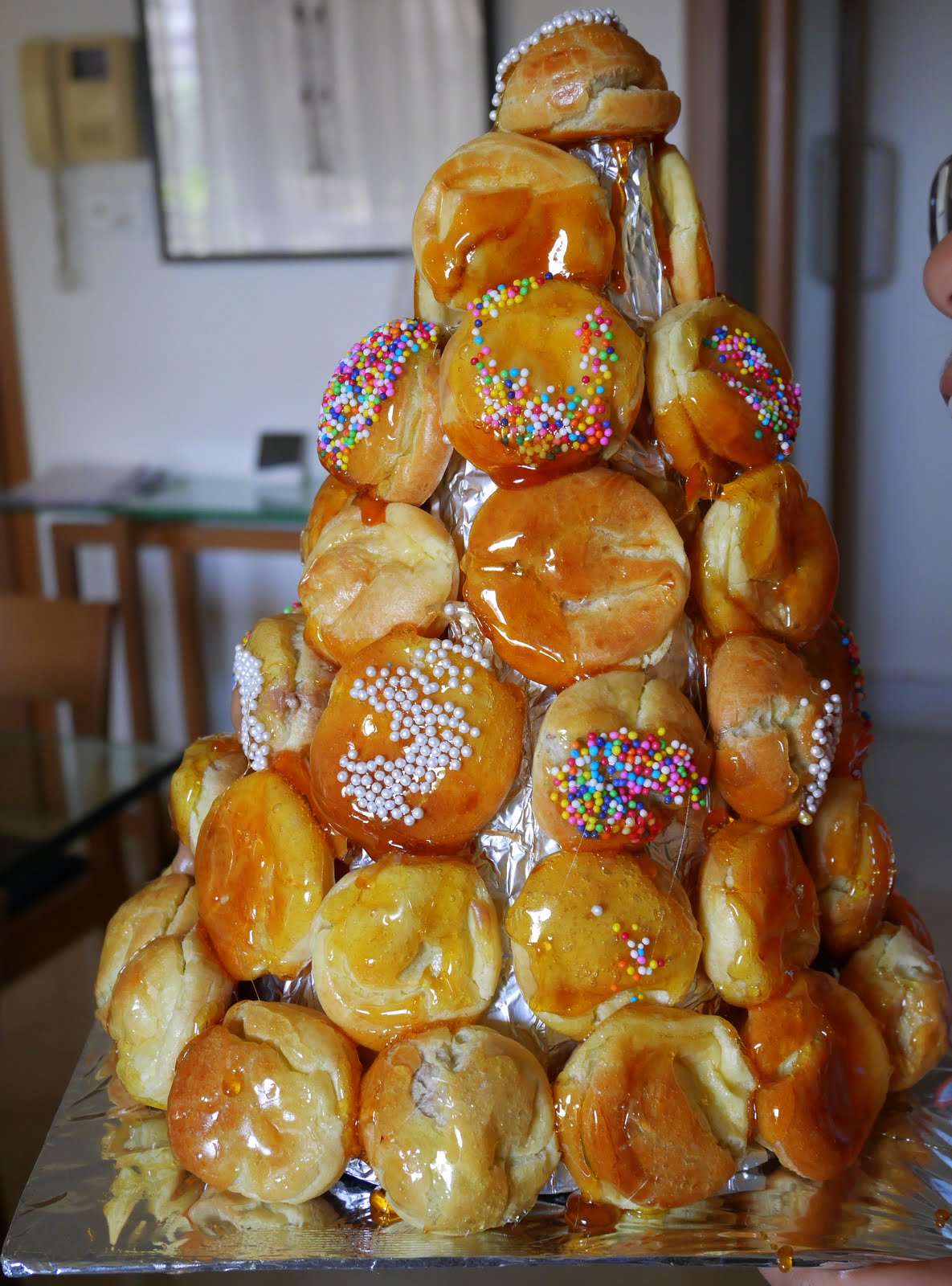 Macrons are a favorite dessert. The plan was to make plain Macrons i.e. without any flavor, but colored green. Yellow Lemon Cream would be sandwiched between two Macrons. Frankly Macrons are slightly trickier to make than Choux Buns. You need precise measurements for the weight of the ingredients, you need a thermometer to get sugar to exactly 118C and you need a stand mixer to make the meringue. To make the Lemon Cream you need to have a thermometer to ensure that you do not have scrambled eggs.

Macrons ideally, are best when made during the Mumbai `winter’. The humidity is lower so the Macrons remain in better shape and do not get soggy. This was the third attempt at Macrons. It was a grand success. The Macrons looked really good and tasted better. 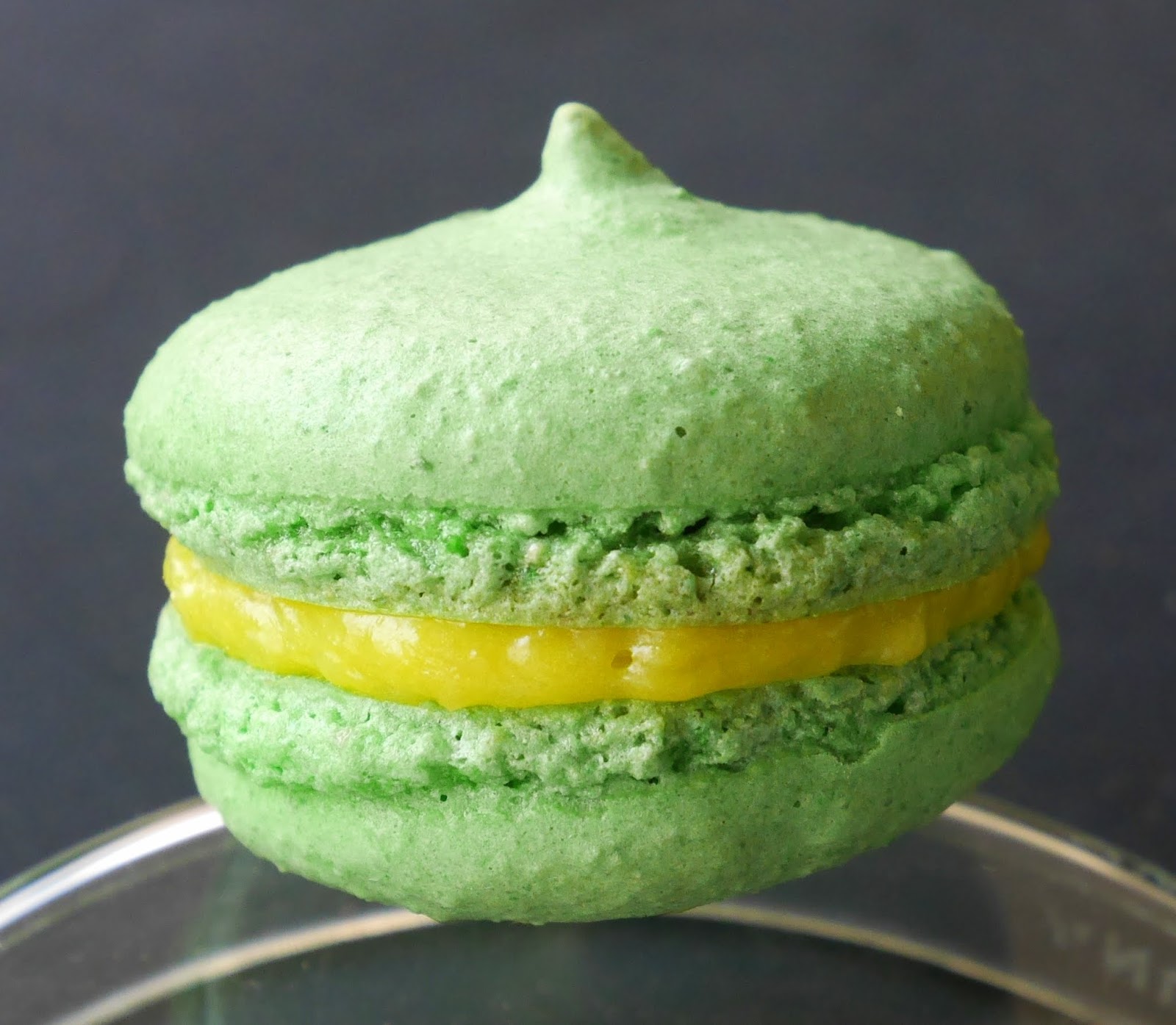 HRH the Queen of Kutch decided, after having been influenced by the meal we had at Borkonyha Wine Kitchen Budapest, to make a Squid Ink and Pistachio bread. So this was made. It looked really eerie, like a mutated monster. Black bread with lurid bright green Pistachio bits. Tasted great, looked scary. 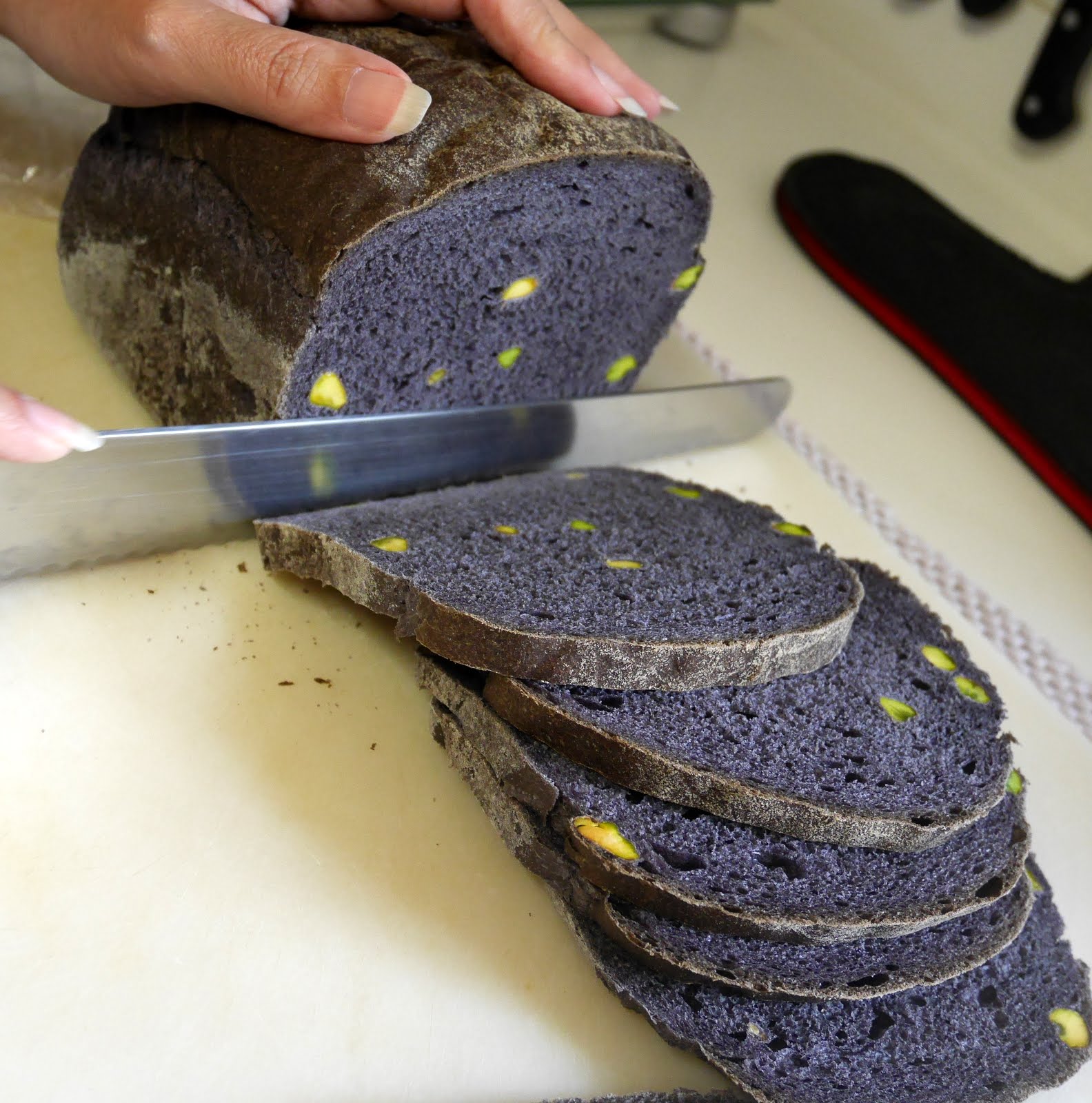 For the meat in the sandwich we had two types of bacon; regular and so called `fatless’. This I put into a large frying pan with some water to render the fat. To this I added some sliced pork sausage and fried the whole lot in the rendered fat. In the interest of health the remaining fat was poured out. 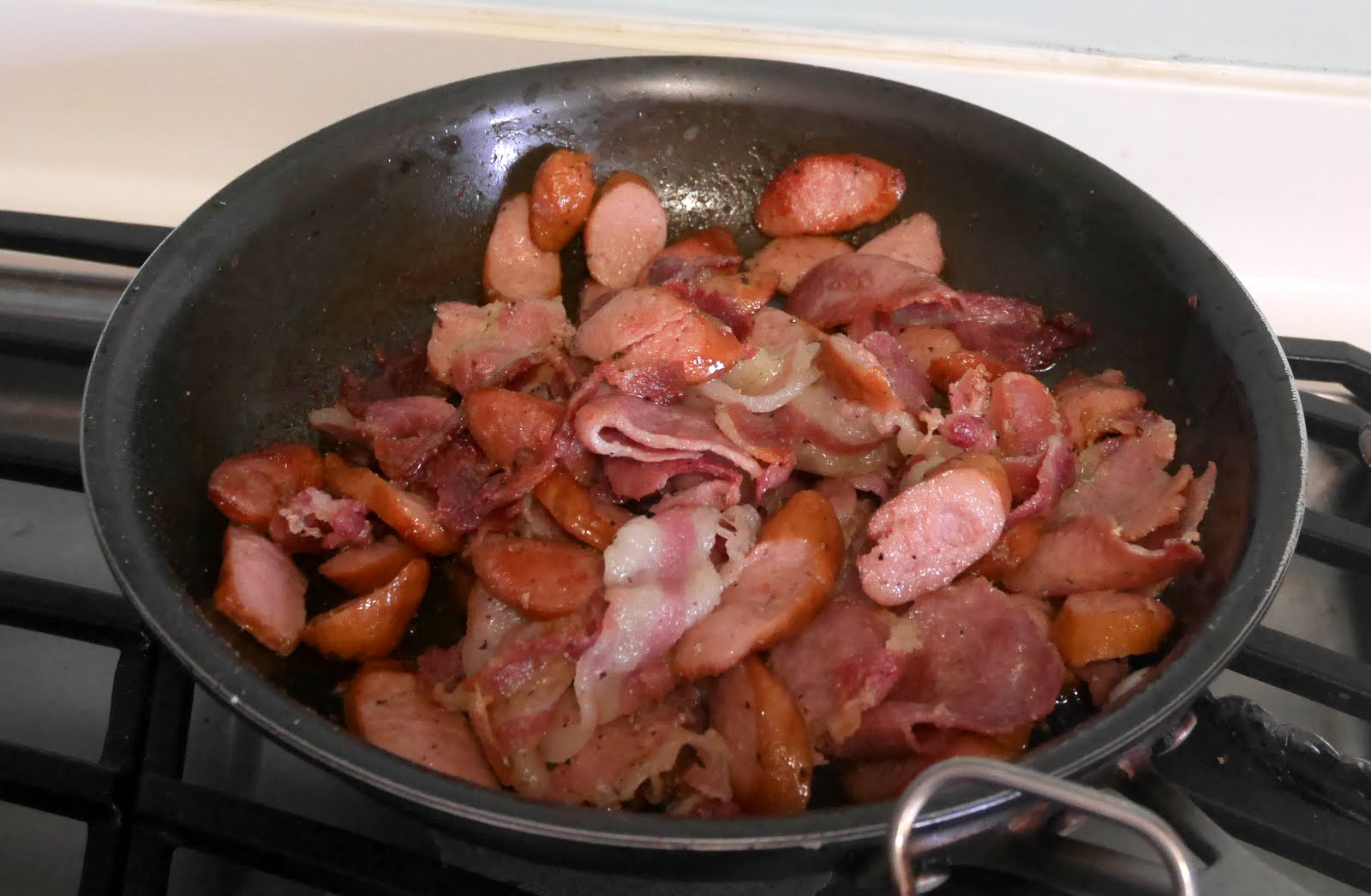 We took a 500 gram pack of Amul Butter and set about clarifying it. Hollandaise and its sister sauce Béarnaise require clarified butter. A double boiler was set up and we stared making the Hollandaise. Hollandaise is a very trick and temperamental sauce. It splits. To quote Anthony Bourdain from his book `Le Halles Cookbook’ – “Know this. If you haven’t made Béarnaise from scratch before, you will surely fuck this sauce up. Don’t worry. Just do it again. This and Hollandaise, more than any other sauces, seem to smell fear and uncertainty.”

With this I started whisking the eggs. I added the now clarified butter drop by drop and kept whisking. With 3 eggs I was to use a lot of butter, but the words of Anthony Bourdain were ringing louder and louder with each addition of butter. I chickened out and stopped adding any more butter. The seasoning was adjusted and the sauce poured on top of the bacon. The Hollandaise was fine, really tasty; however, it was not light and airy. I think while I may have stopped it from splitting I had not added enough butter. But the sauce will be tried again. I have the remaining clarified butter resting in a plastic container in the fridge. 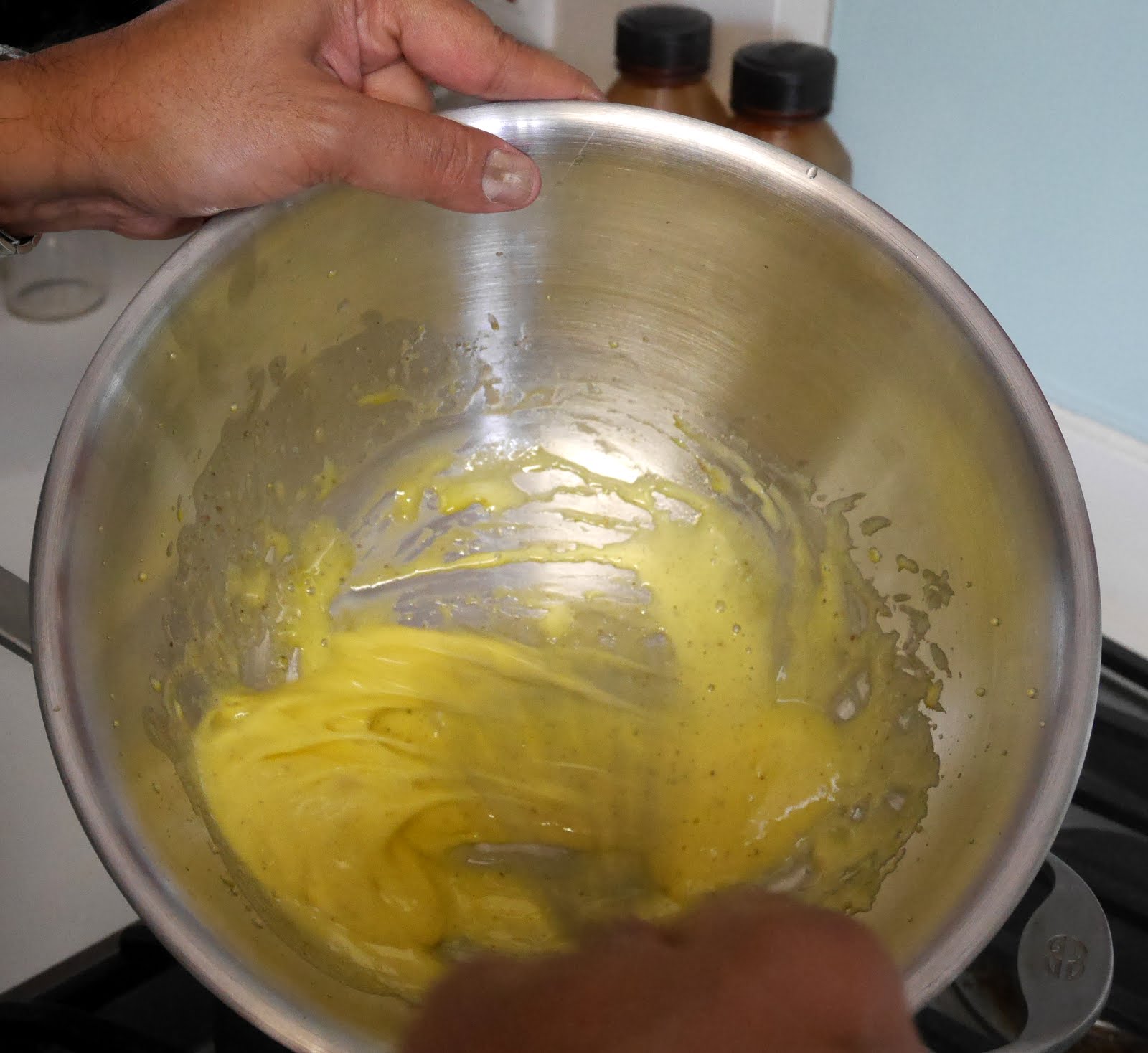 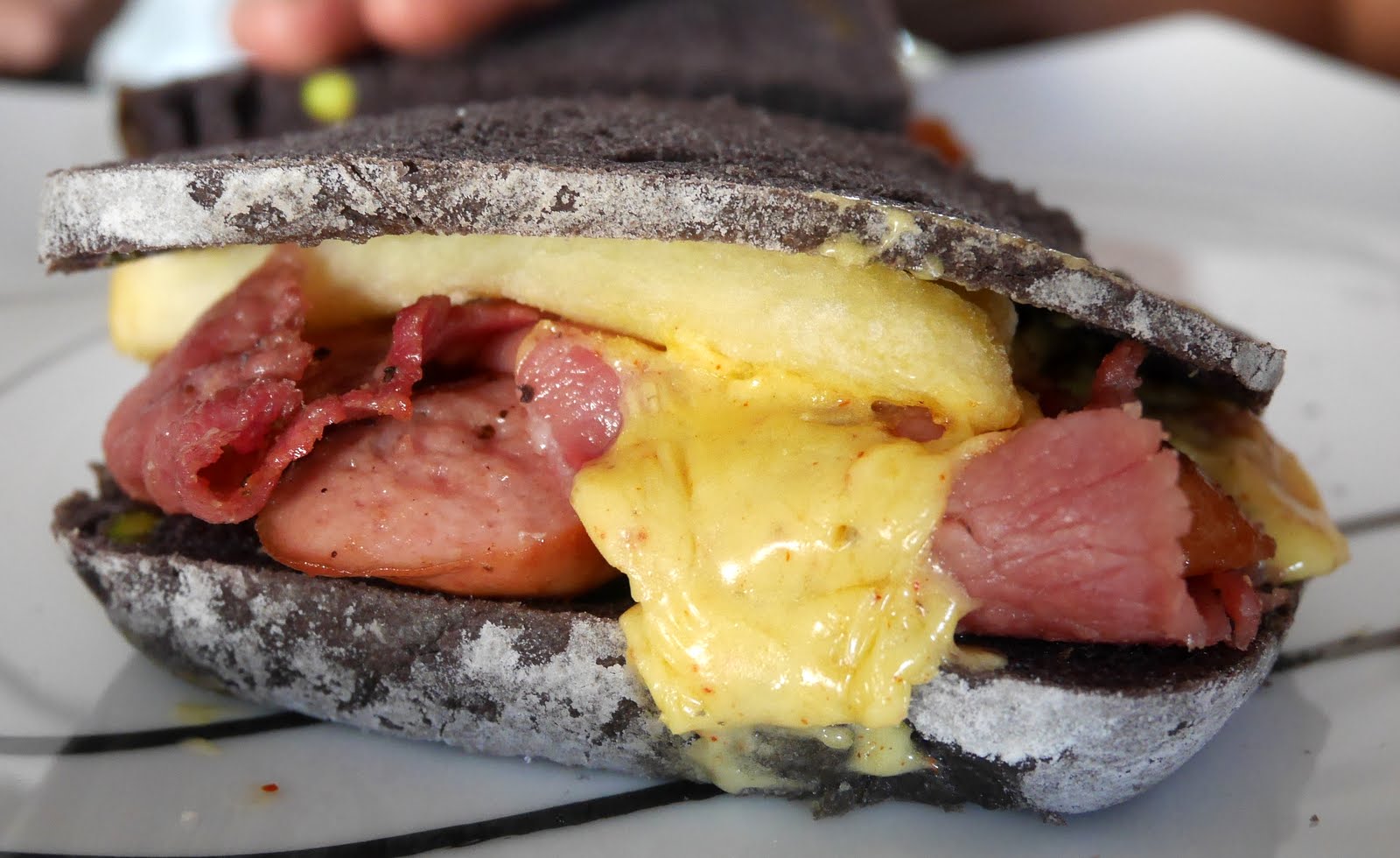 I survived the sandwich. I am staying far away from my cardiologist.

It’s been an exciting December.

Posted by Stonethrowers Rants at 6:20 PM