The food in Budapest has dishes that are common with its neighbourhood countries. Thus, Goulash as a hearty soup or a stew, dumplings, lots of great sausage, ham and salami, pork and a liberal use of Paprika in most food, liberal use of sour cream. A lot of pickles – sauerkraut, cucumber onion and chilli – are used too. Hungarians are big on cakes and pastry. Wines are good and well known. Of course this is a generalisation. There are local and regional variations. The food in nearby Austria, parts of Germany and Czechoslovakia is similar. The food is relatively unsophisticated, hearty, and equally heavy on meat and carbohydrates.

We ate 4 `formal’ dinners in Budapest. One was at the formal Borkonyha Wine Kitchen which I wrote about earlier. The other 3 `formal’ dinners were at the very sophisticated and dignified Rezkakas Bistro . Gracious waiters all old and wise, they really are the best, and a bright clean white tablecloth restaurant. They advertise that a Gypsy Band would play live music. I was apprehensive, I did not want a touristy scene where the band comes and serenades you at your table. I particularly dislike this. It is insulting to the band, you feel like a fool, service is disrupted and the worst is if you are halfway thru eating then you don’t know whether to continue or stop. Cold food is a necessary consequence. Luckily the band was a two man outfit static in a corner playing music was anything but Gypsy, the theme to `The Godfather’ is not Gypsy music. The food was more `Nouvelle’ rather than the hearty food I was expecting. Plates artfully presented, smaller portion sizes and more refined food. 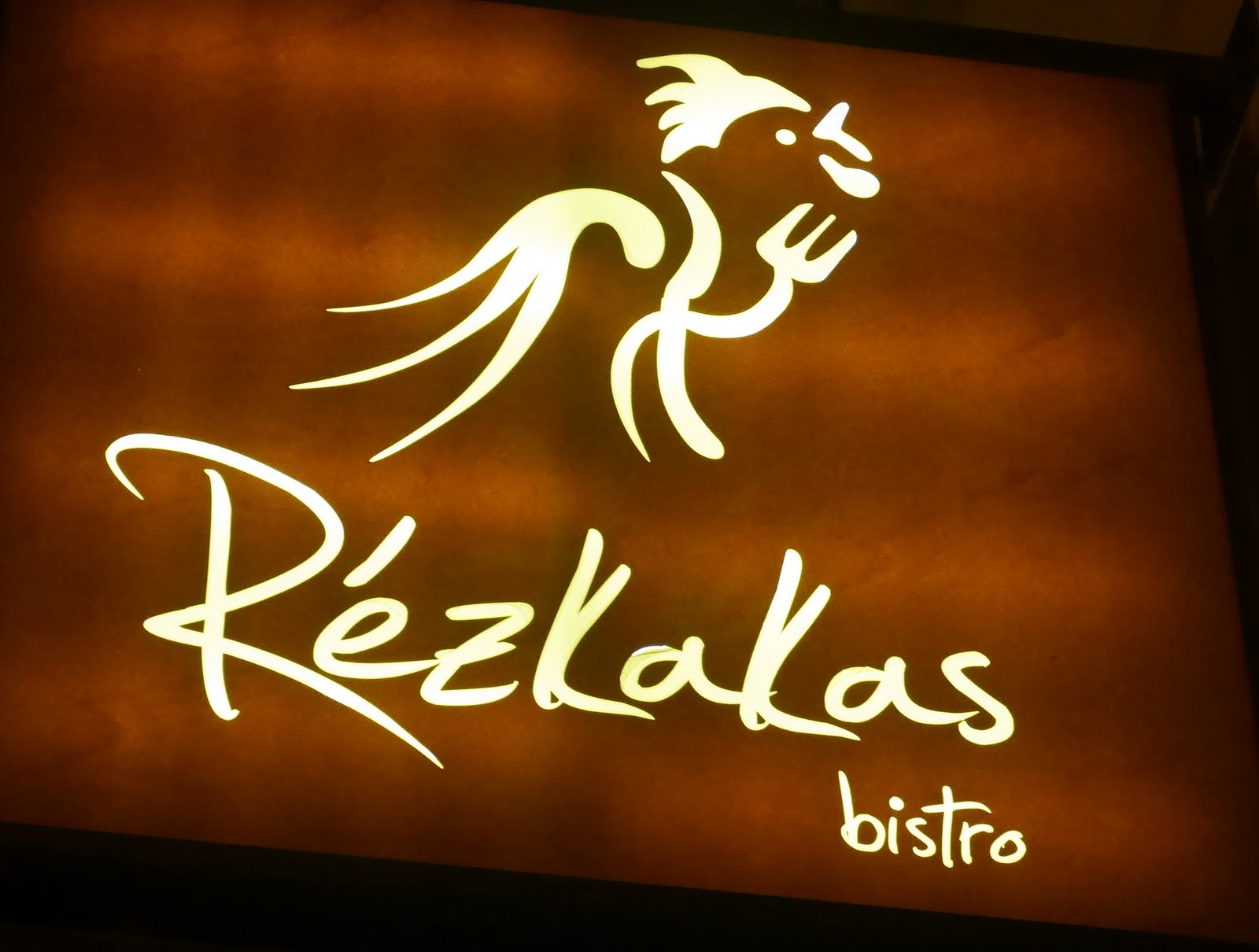 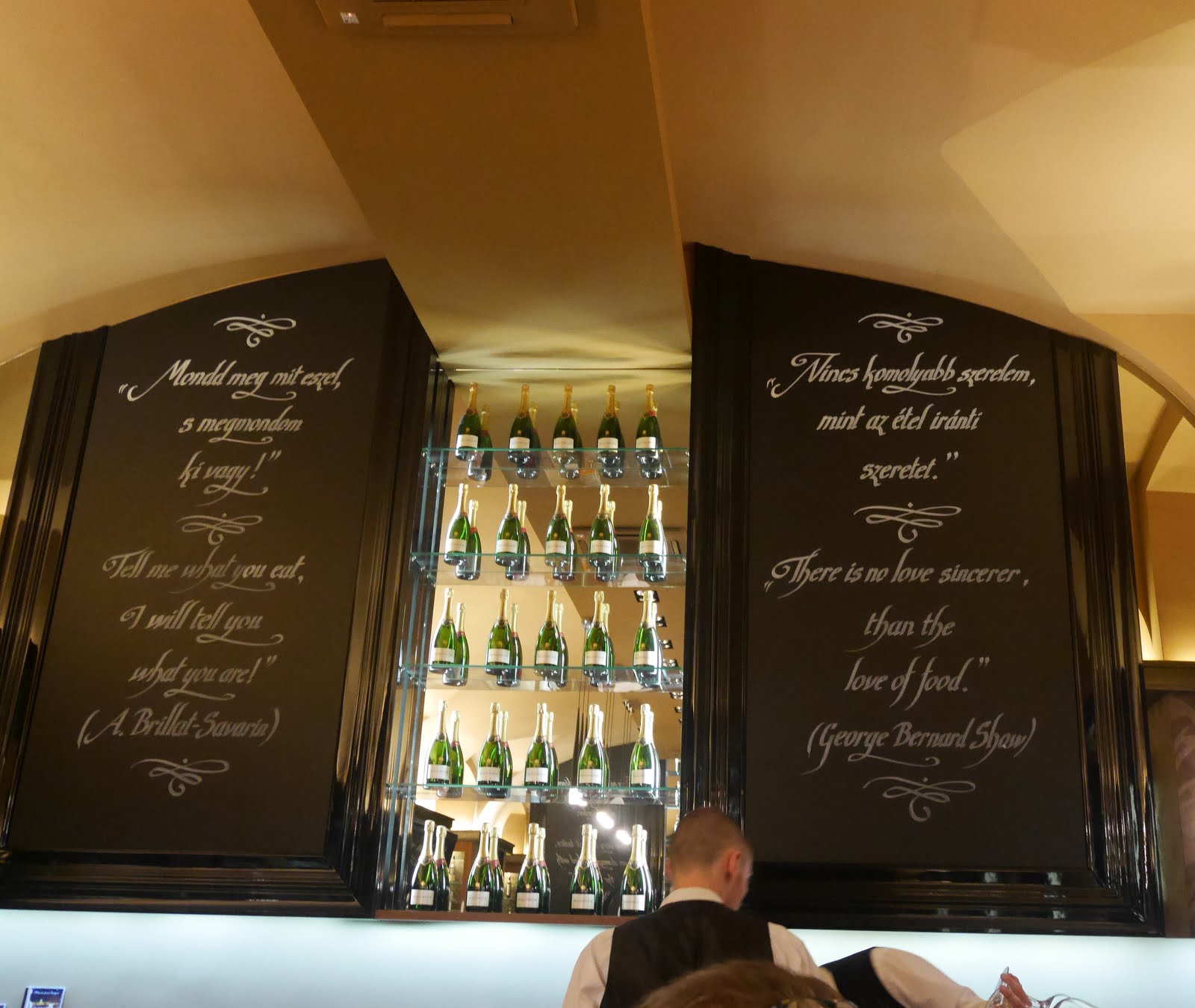 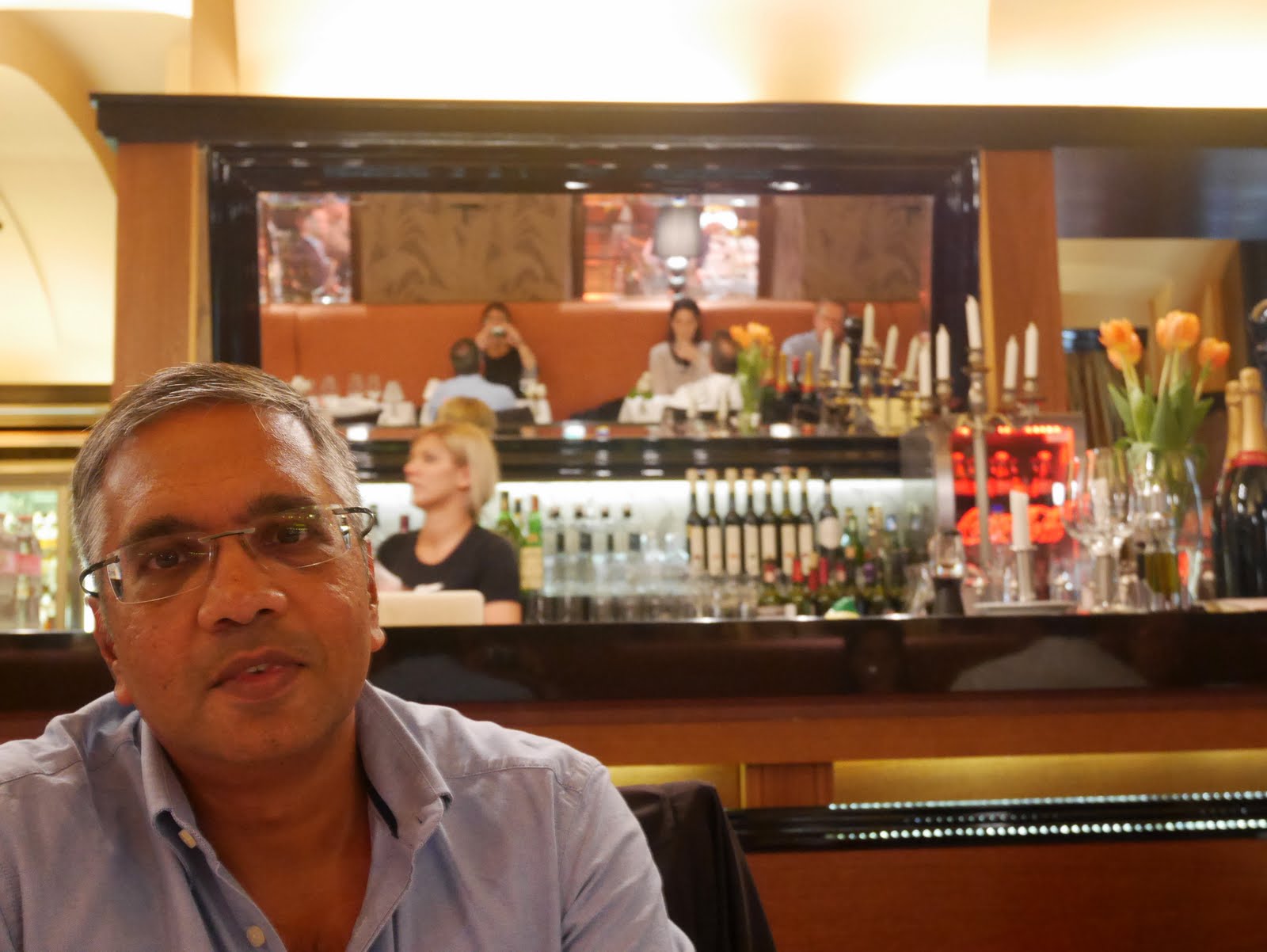 The next meal was at Hungarikum Bisztro . This was a far cheaper restaurant. More homely and less fine dining. No white tablecloths here. Man playing a Xylophone. The food was good. This was far more rustic food. Just looking at the food photos will tell you that. 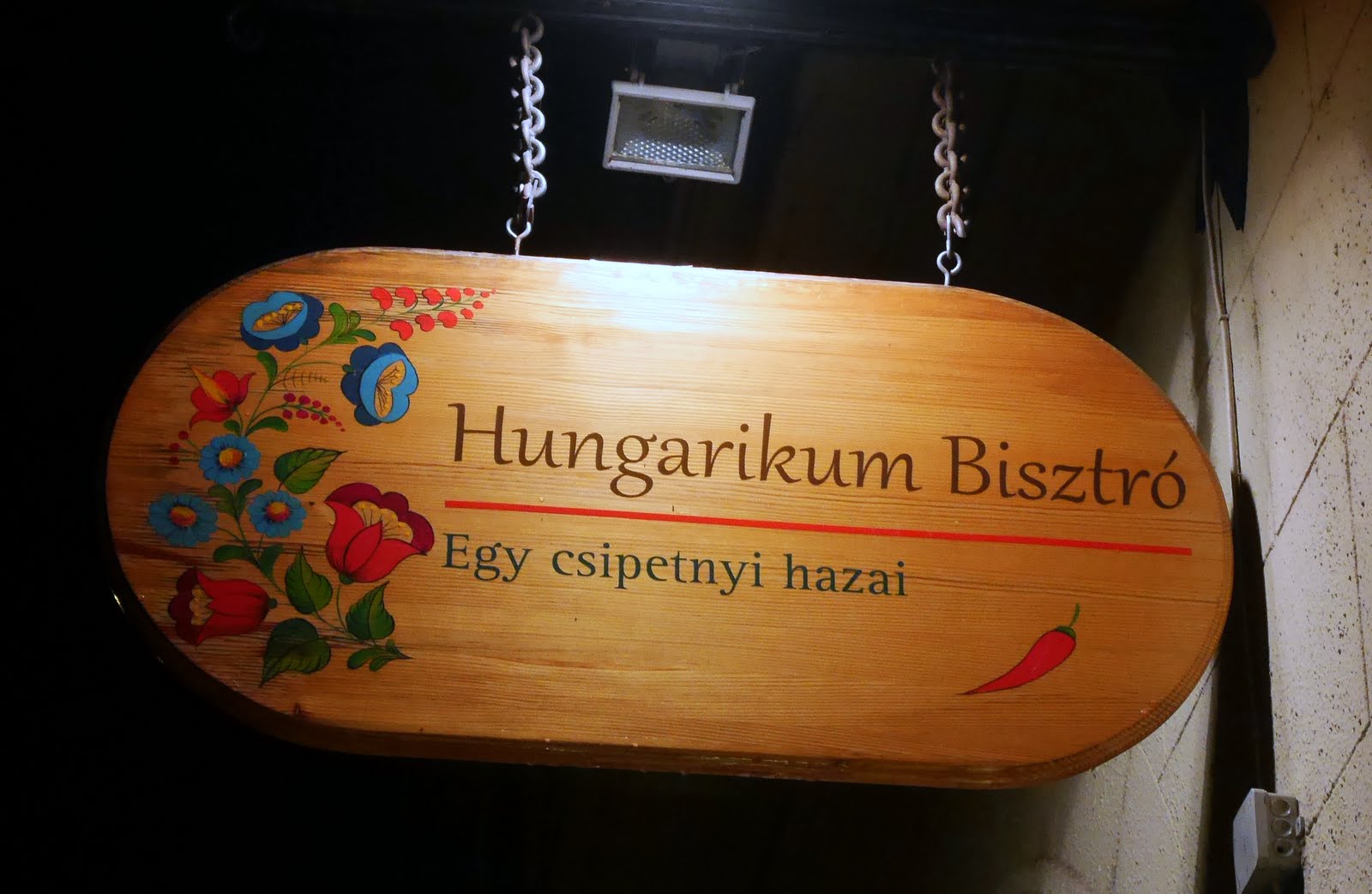 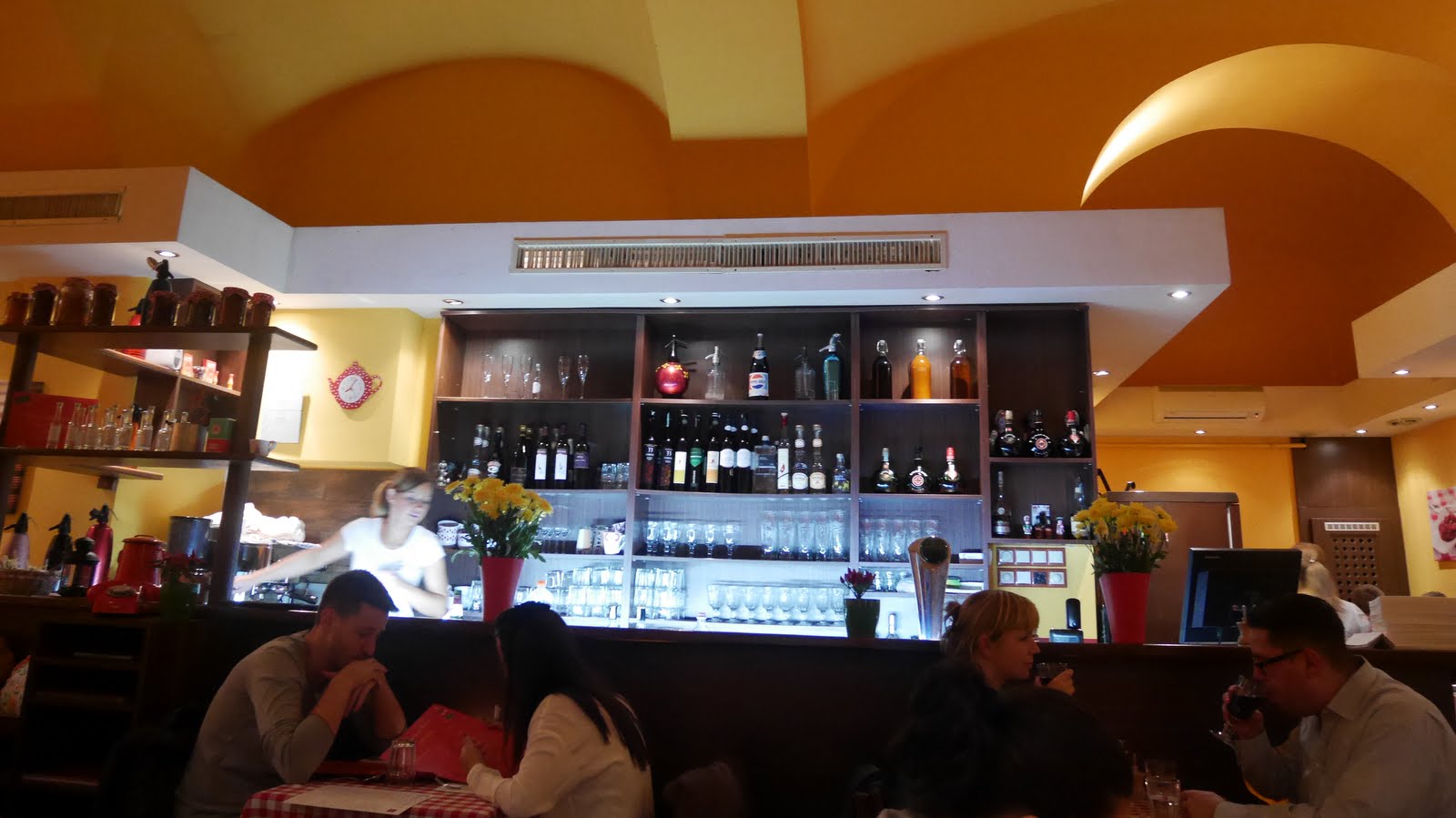 The last formal meal was at Aszu. This had an Art Deco feel about it. The place was absolutely full and flying when we got there. The volume of sound was quite high. It was a Friday night, people were enjoying themselves. This was the most mediocre of the restaurants we went to. The food was certainly up to the mark, but, as I have said, it was the most mediocre. 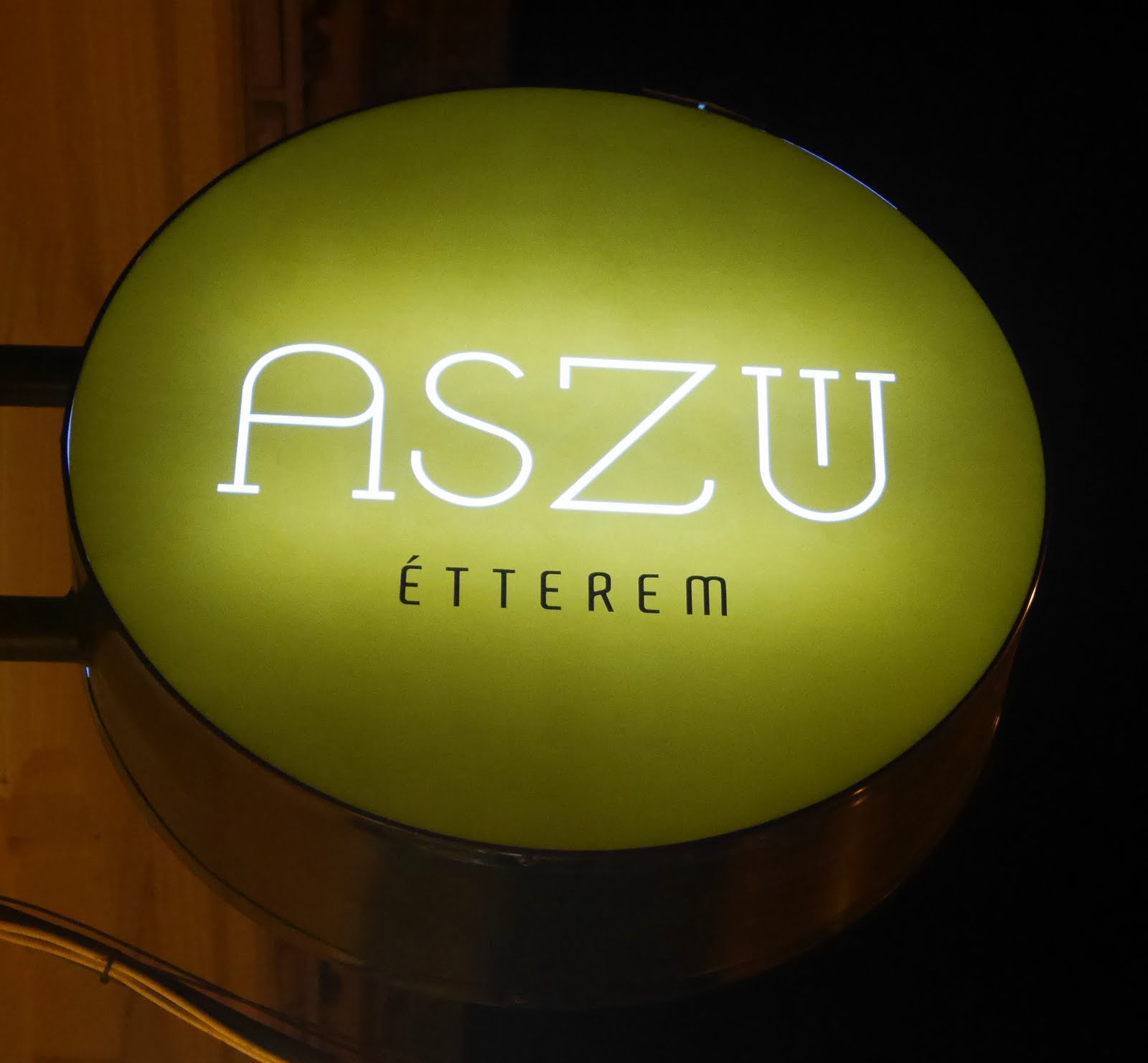 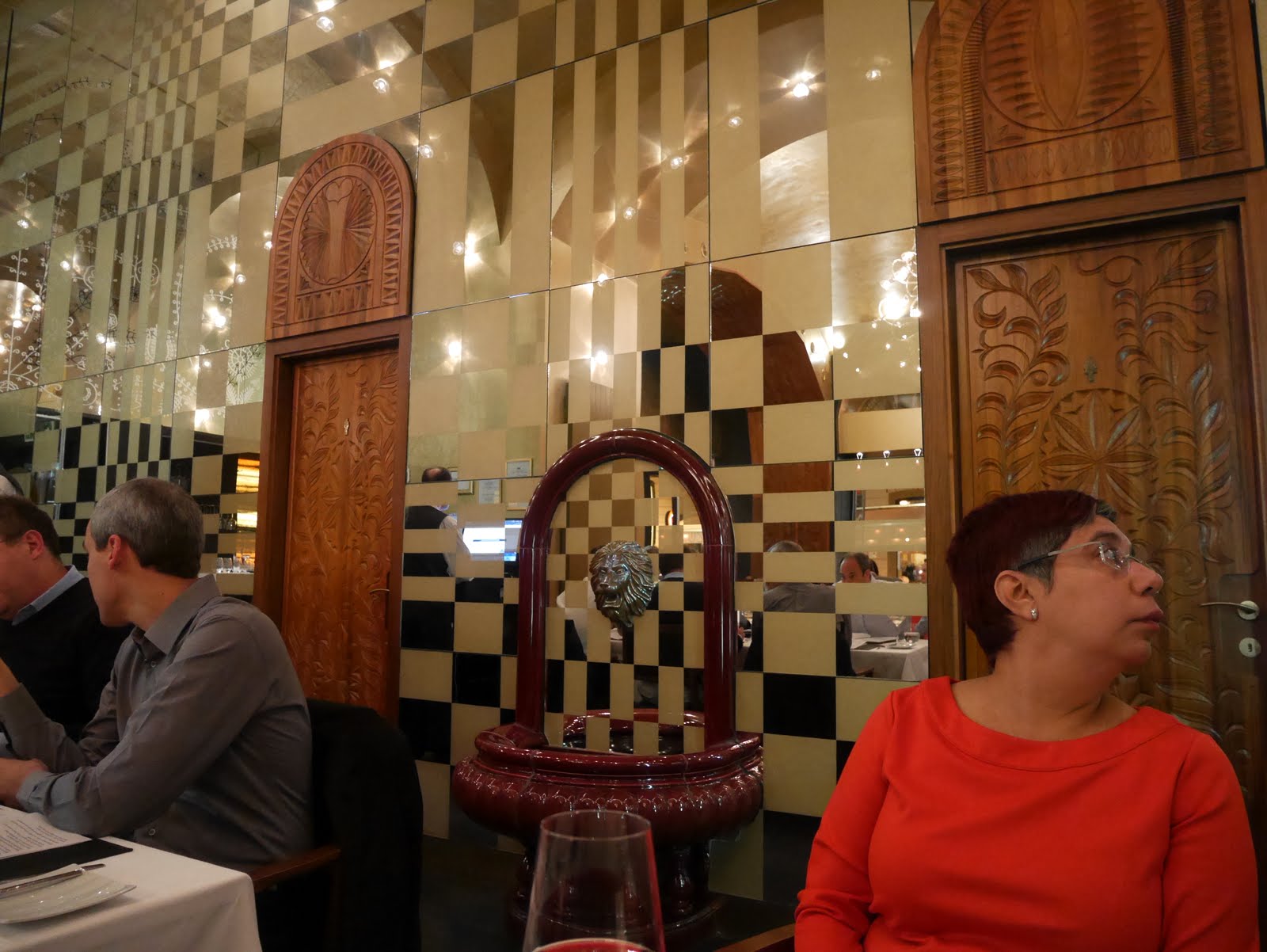 The last night we decided to eat in at a popular square just behind the hotel we were at. The obvious choice was a sausage stall. Grilled sausage with some potato and grilled vegetables which they call `Ratatouille’ washed down with ice cold beers. Eating out in the cool open air drinking a beer watching the world go by was extremely pleasant. The food was passable. The worst meal we had. But, by the same token we paid very little for all that. I guess the cliché `pay peanuts get monkeys’ rings true. 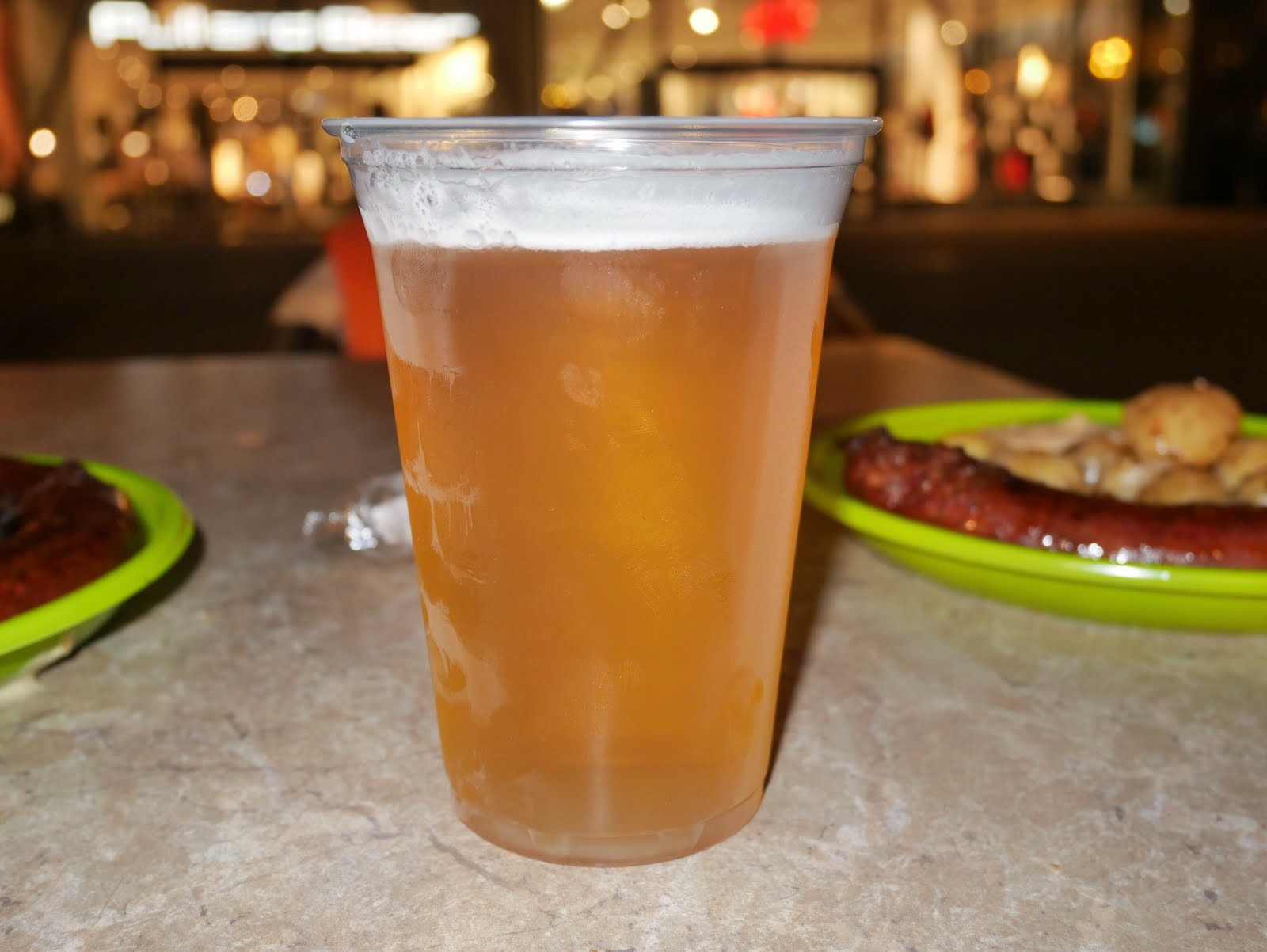 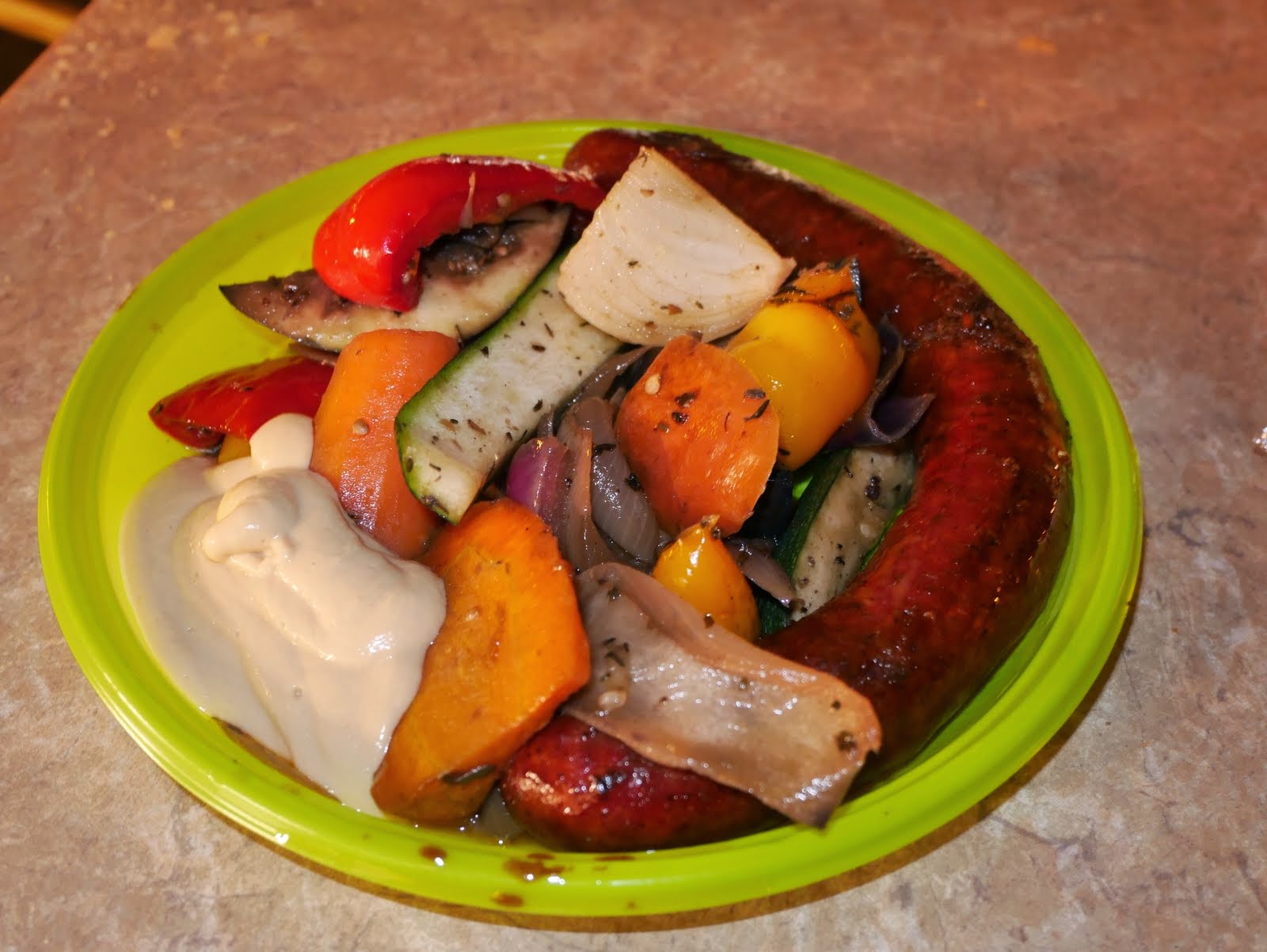 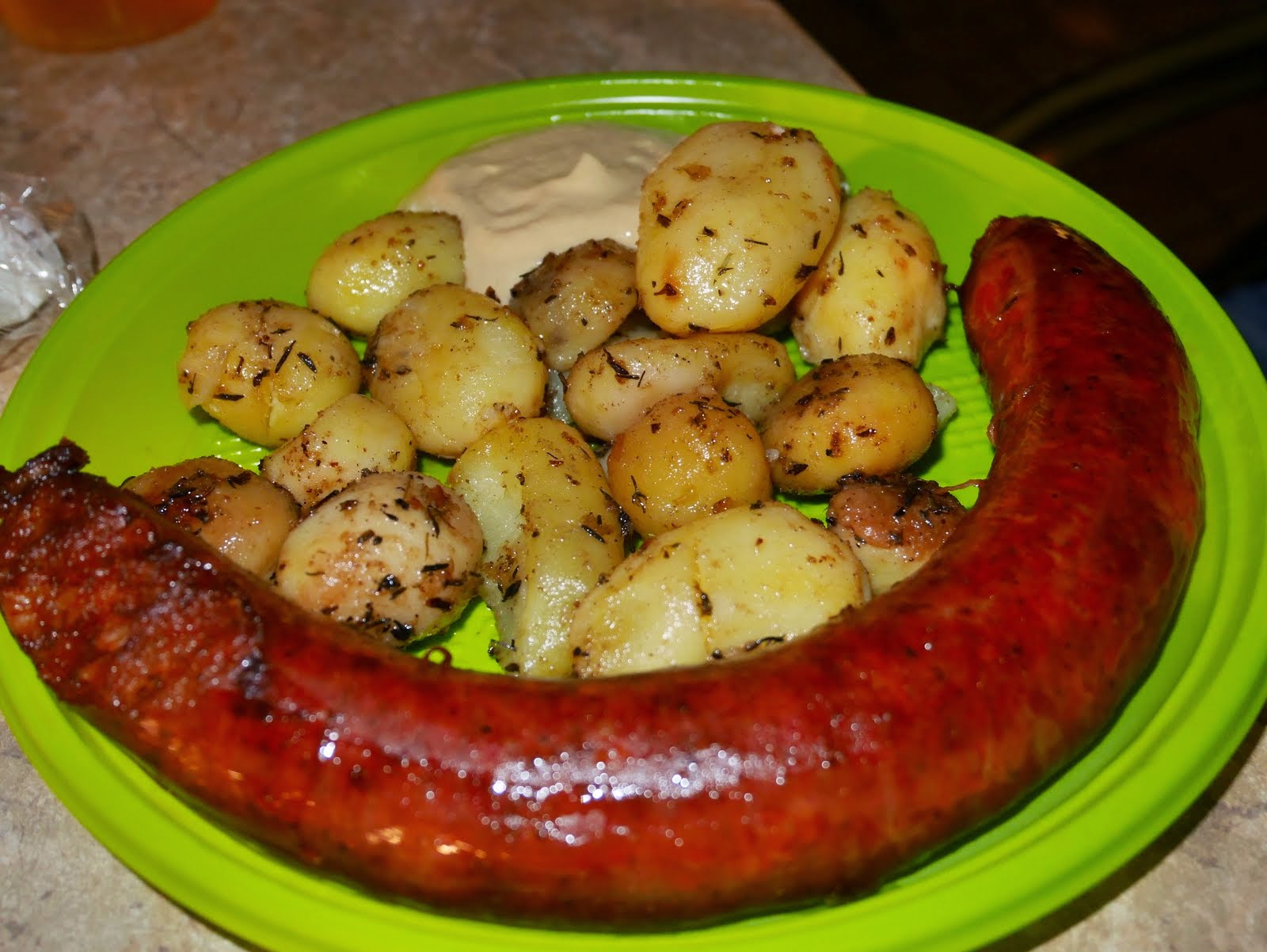 A favourite snack in Budapest is something like a `Bhatura’ in as much as it is a yeast and `maida’ based flatbread that is deep fried. It looks just like a `Bhatura’. On this they add a variety of toppings. All the topping start with Sour Cream as a base and then something else, Bacon, Sheeps Cheese Paprika or even in some cases Honey. We had this for lunch on day. Delicious. Though it was deep fried, doused with Sour Cream and cheese, it was surprisingly light. I cannot understand why Cream Centre does not sell this. They make `Bhatura’, they have Sour Cream, they have Cheese and they have Chili `Flacks’ as Gujjus say. They would have a winner on their hands. Oh yes, one lunch we had American style Hot Dogs. Looked good. Did not taste as good as they looked. 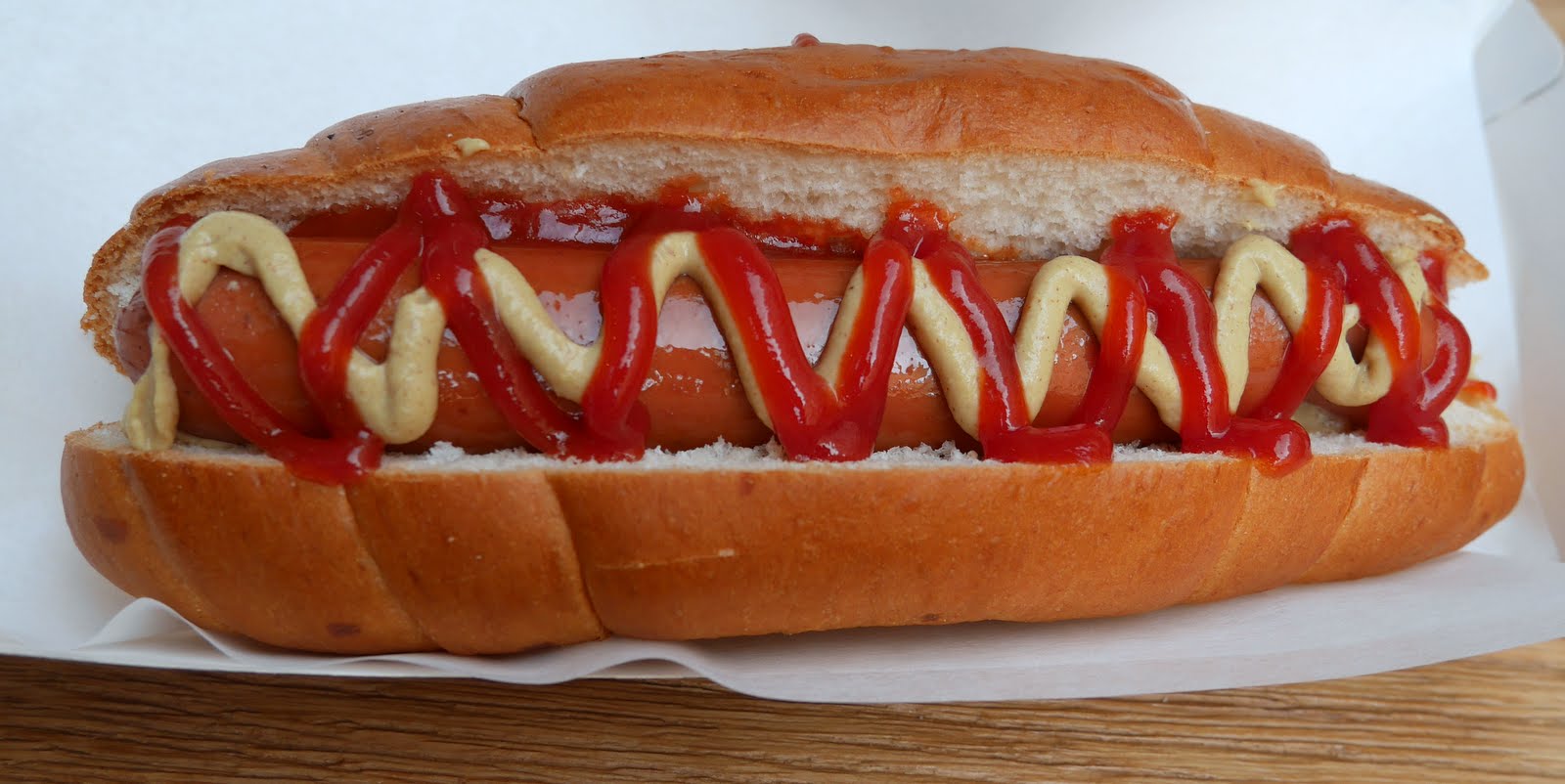 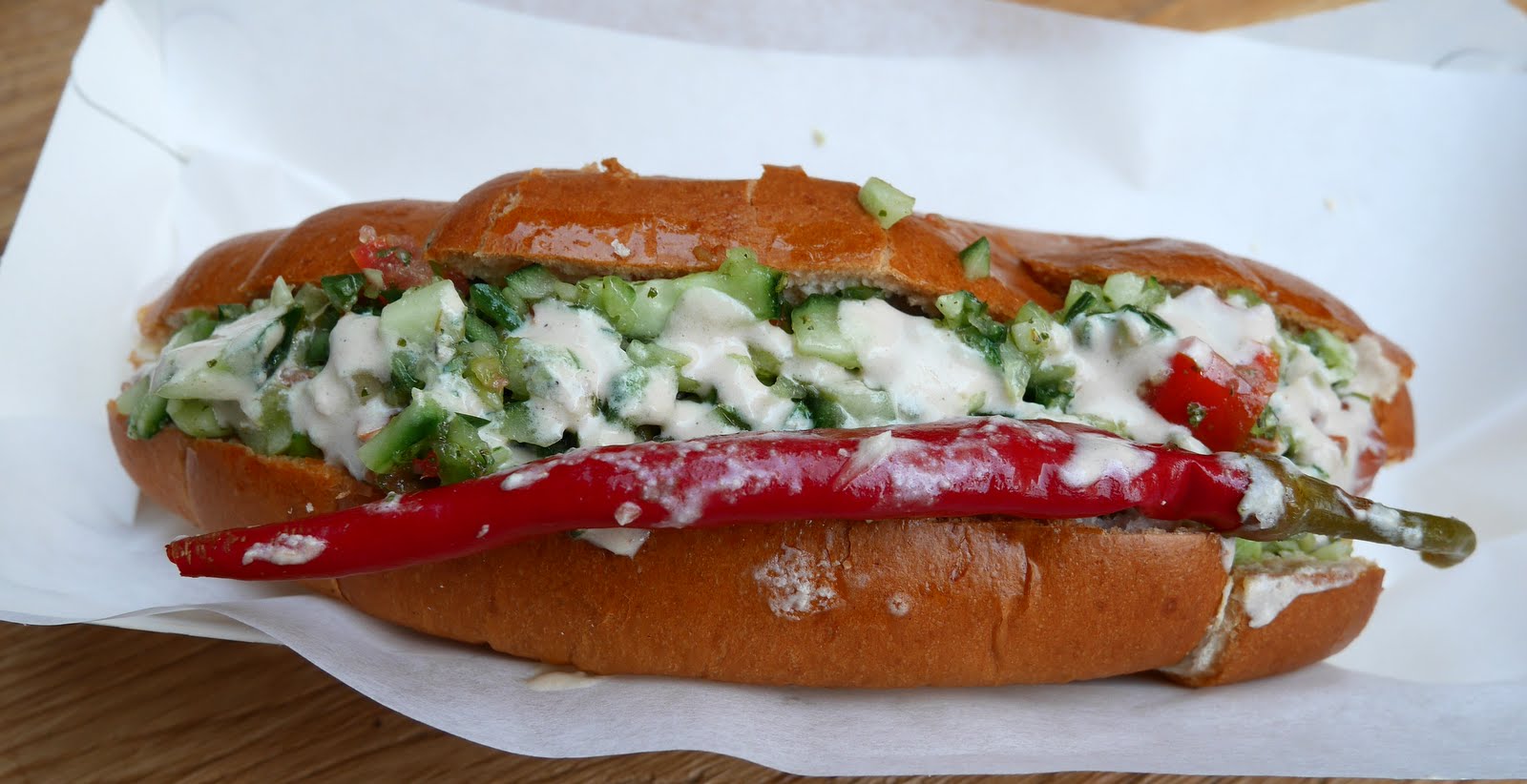 All in all, food in Budapest is good. If you are vegetarian [no eggs] then you are in trouble. If you are Jain, carry Thepla.

Posted by Stonethrowers Rants at 4:42 AM