This is the final part of the visit to Budapest.

As I had written earlier, Budapest is actually two cities, Buda and Pest separated by the Danube. The Castle District is in Buda while our hotel was in Pest. The Castle district is extremely beautiful and we had kept a whole day aside to go and explore it. Like all good self respecting castles, the one in Buda was set up on a hill. You walk across the Danube by the Chain Bridge and reach the foot of a short Funicular that takes you to the top of the hill. You can also walk up, it is not at all difficult, but when you see a Funicular, you have to ride it. So up and away we went.

The Castle district is very pretty too. The streets are charming and it has a totally different feel to Pest. This felt more Alt Stad, streets full of charming shops, some expensive and good restaurants and pretty squares and buildings. Lots of tourists walking about in the sun. Very nice, and most of the buildings are in a remarkable state of preservation. 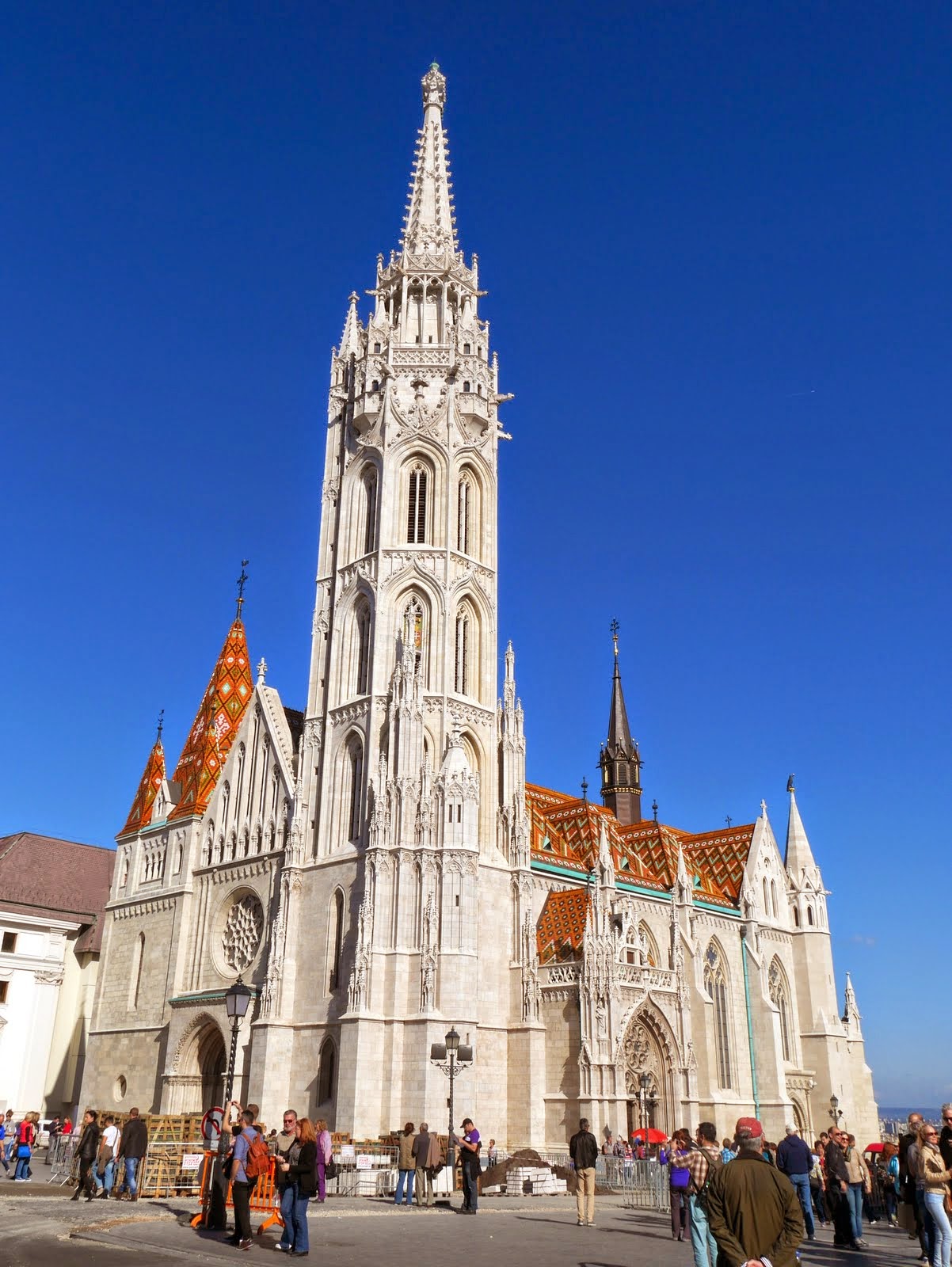 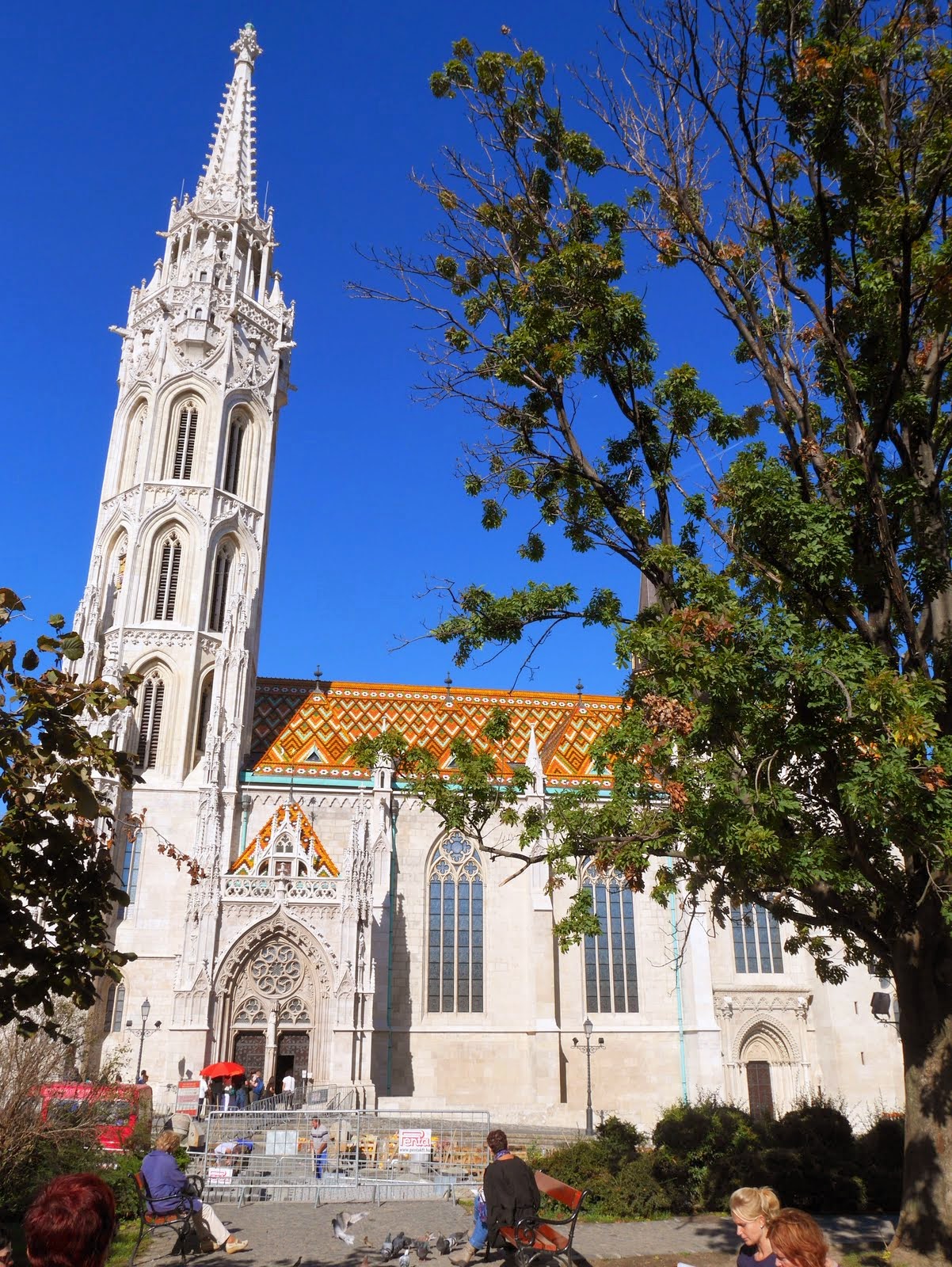 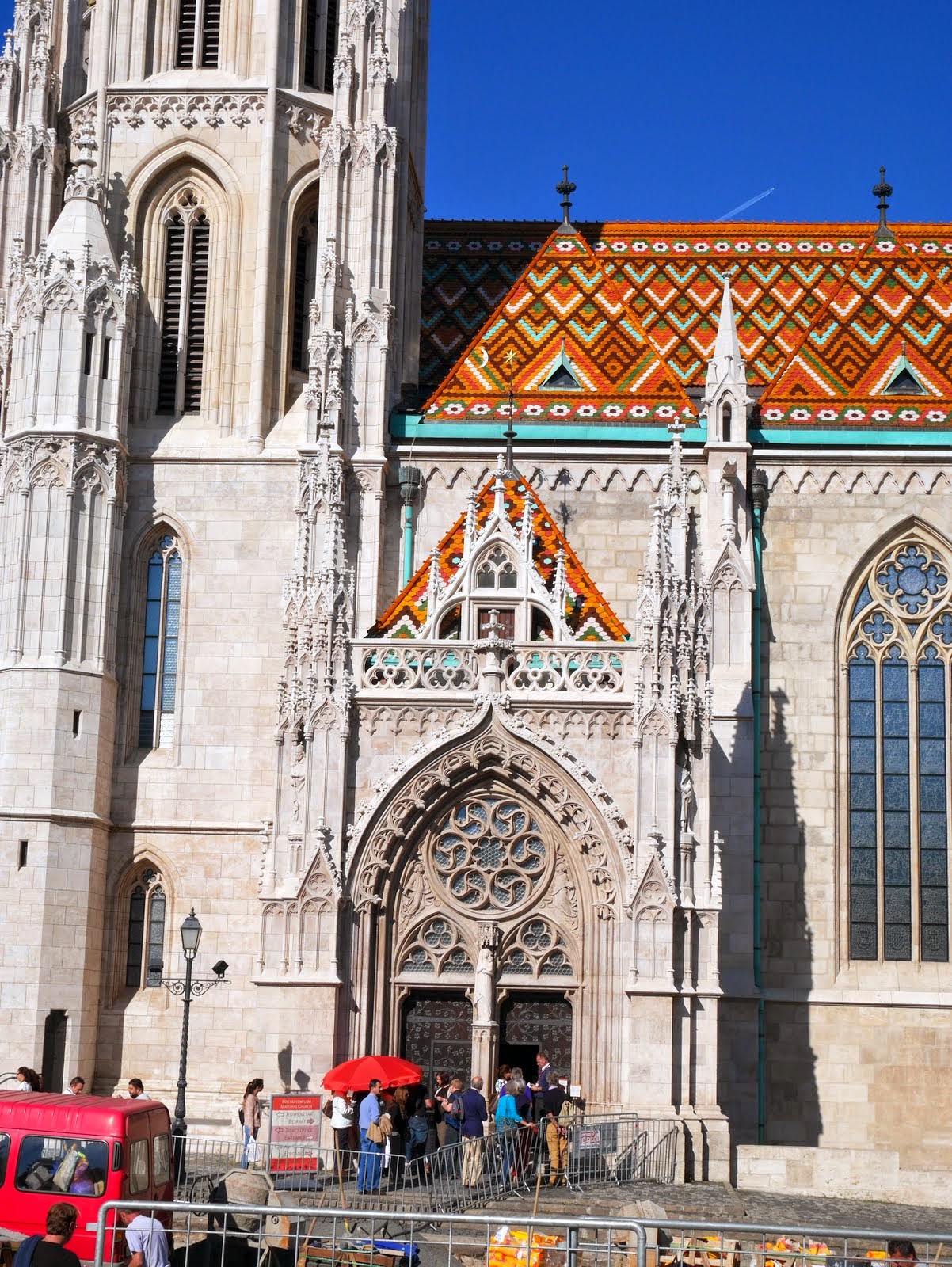 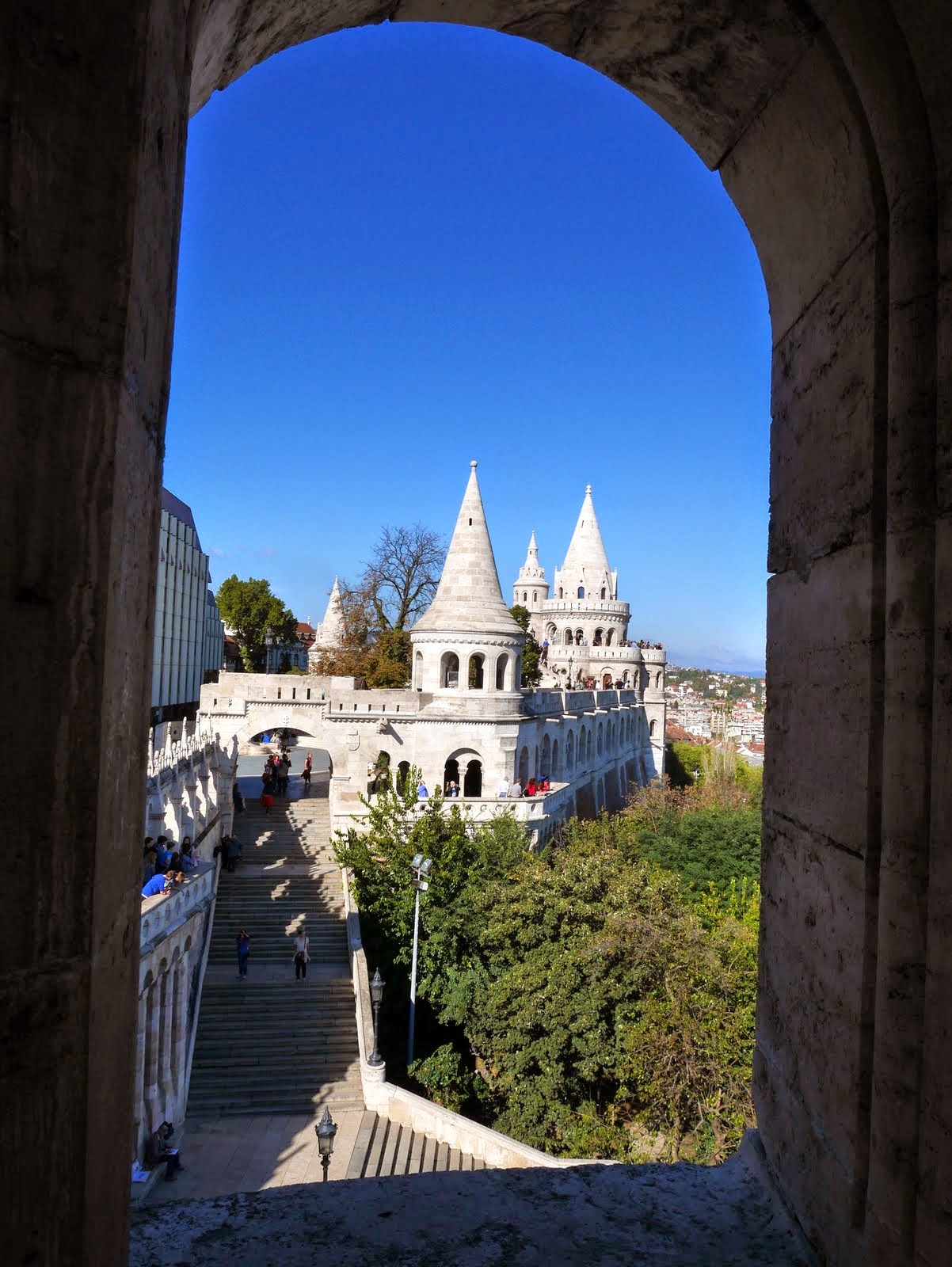 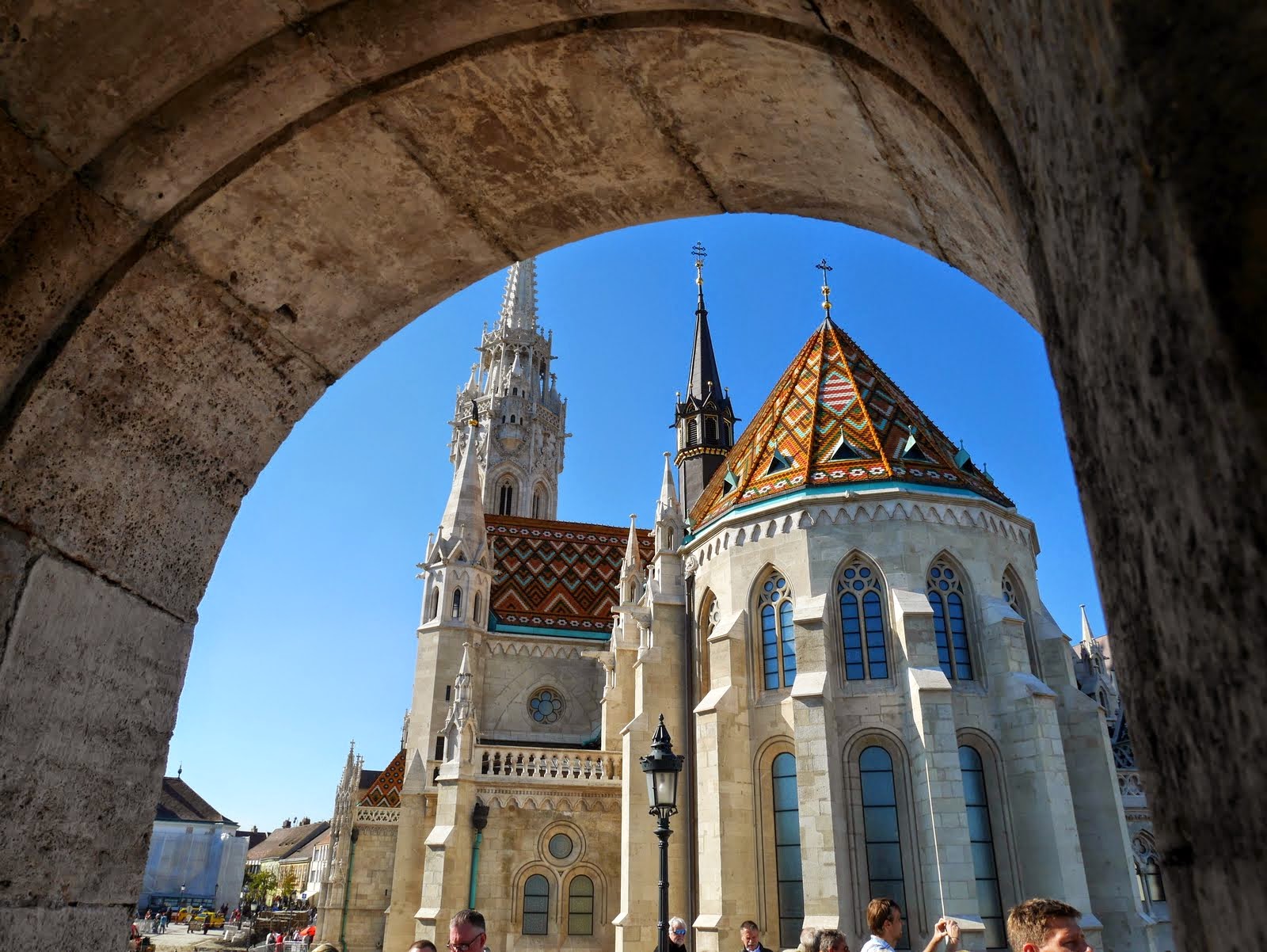 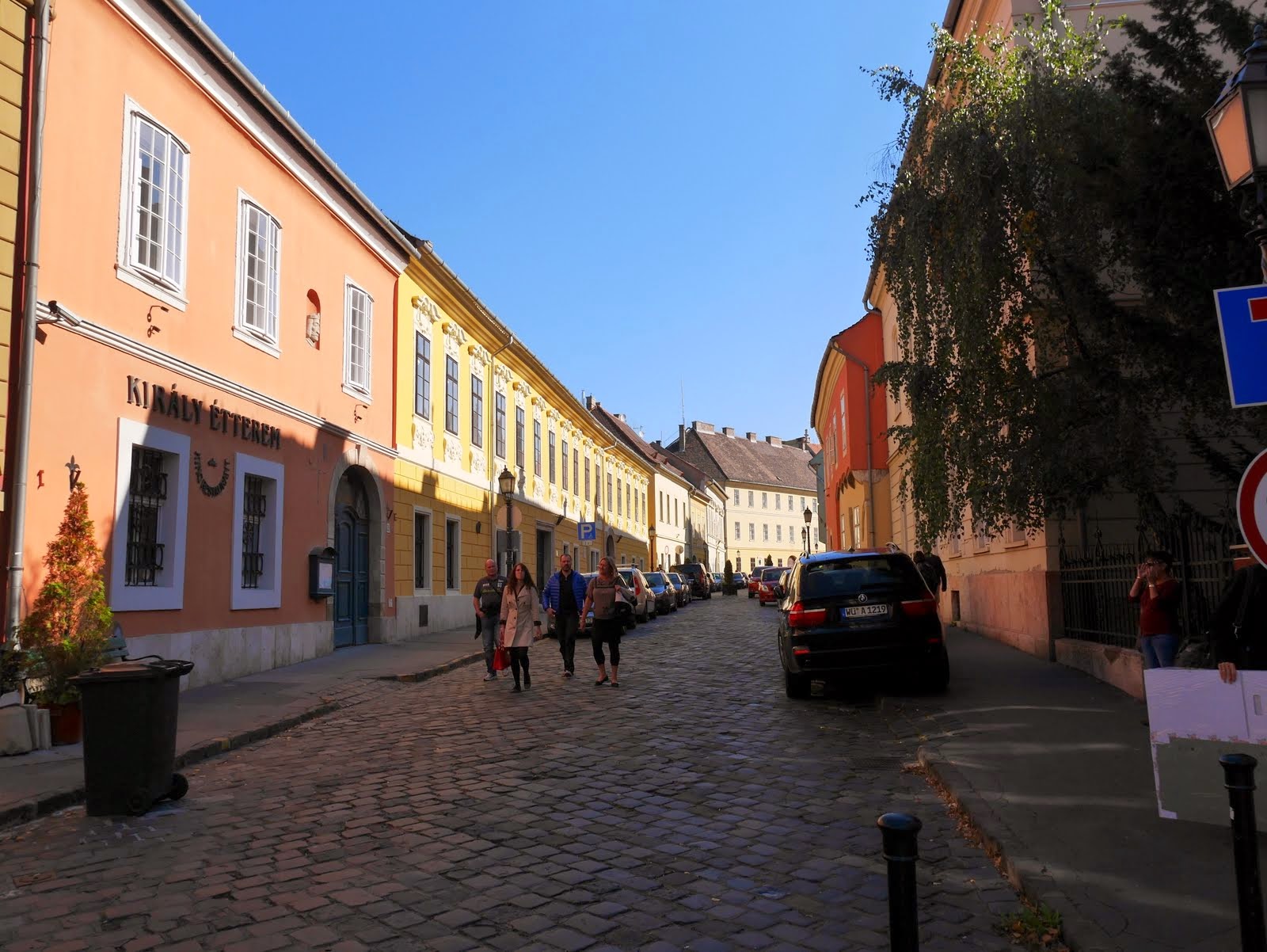 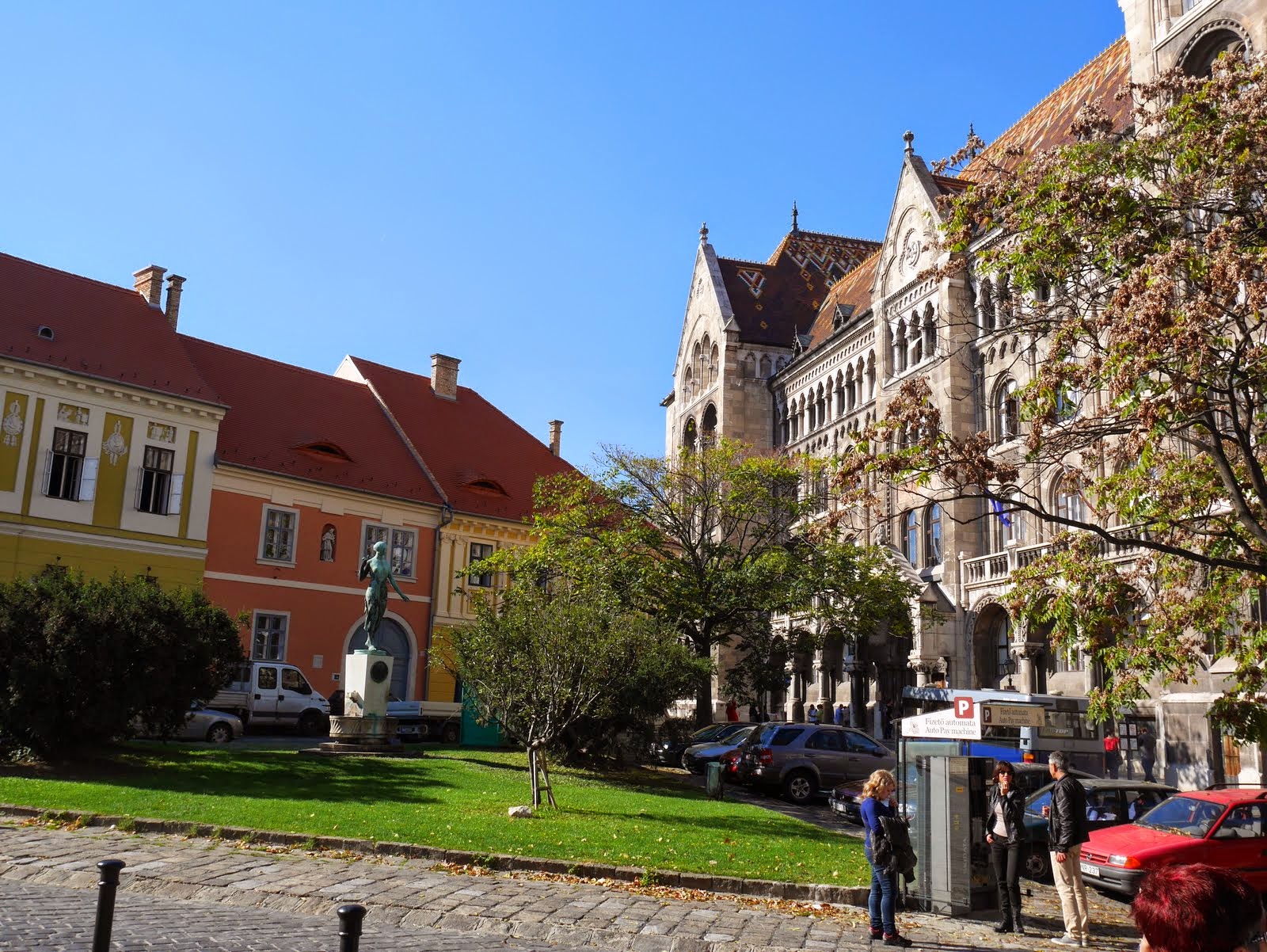 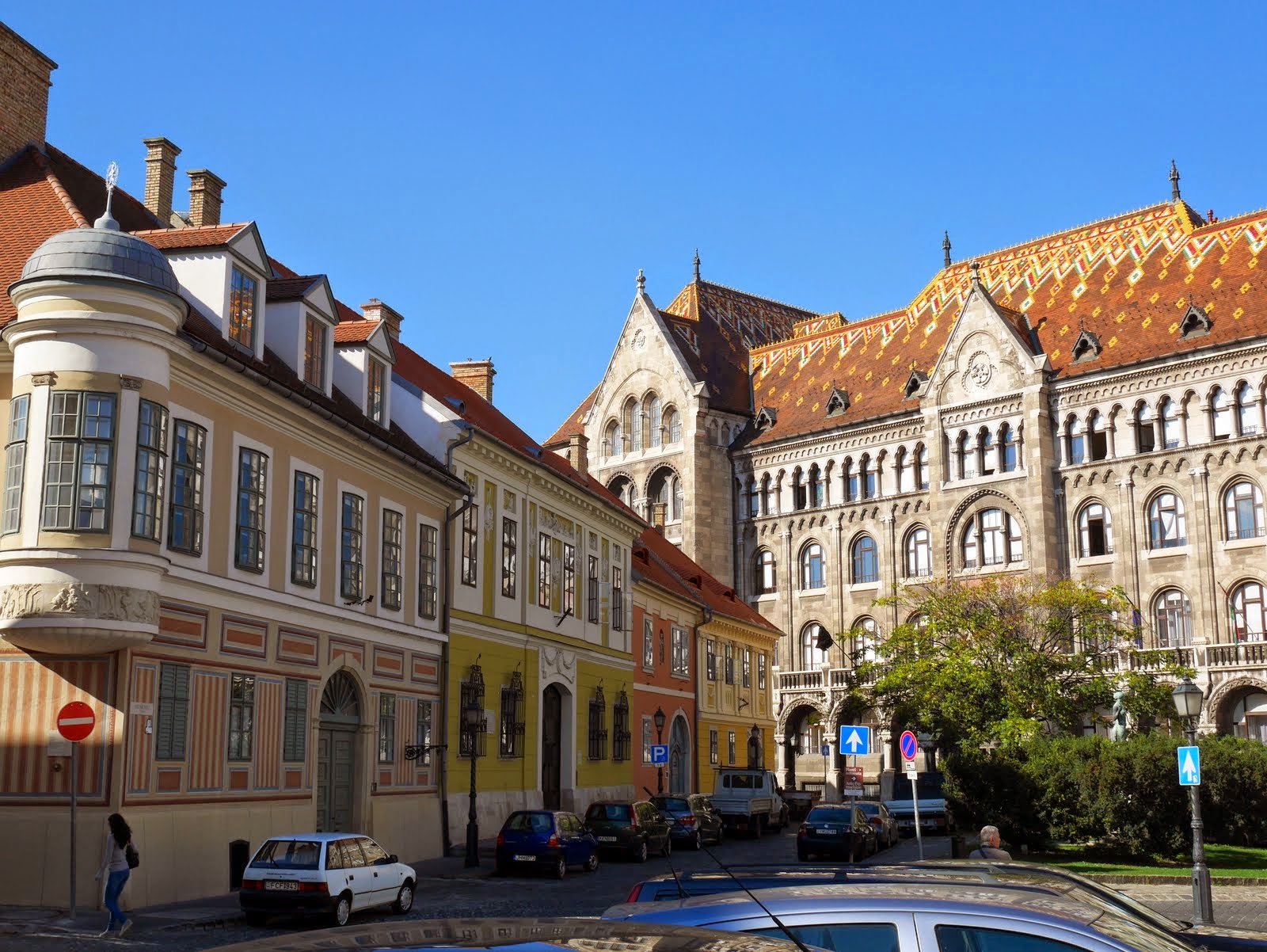 There is an excellent hotel, the Hilton which is built and integrated into the old castle. It is a wonderful example of how to manage preservation, integrate modern projects and still not make an utter and total mess of this. Have a look at the photos to see what I am saying. 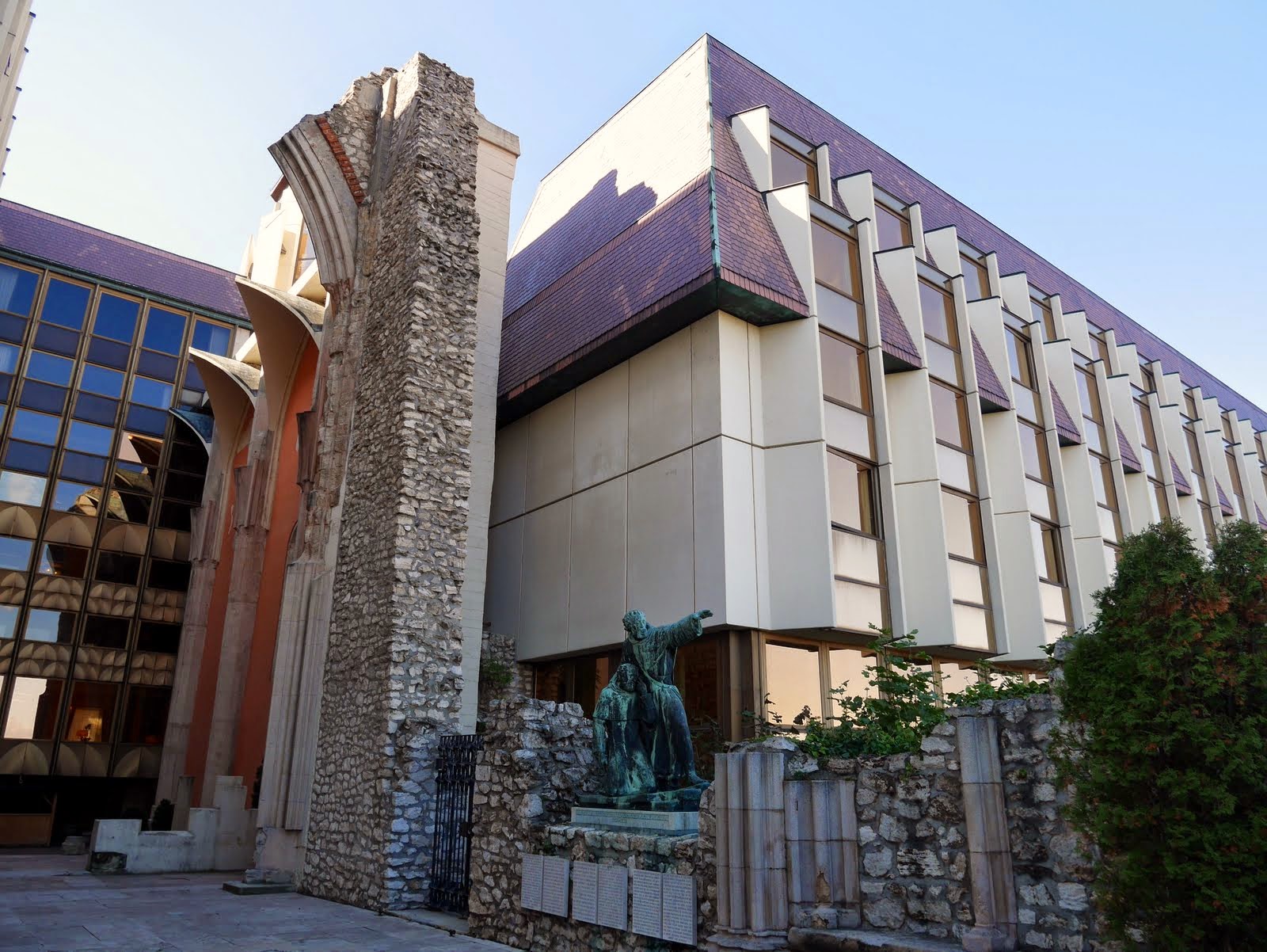 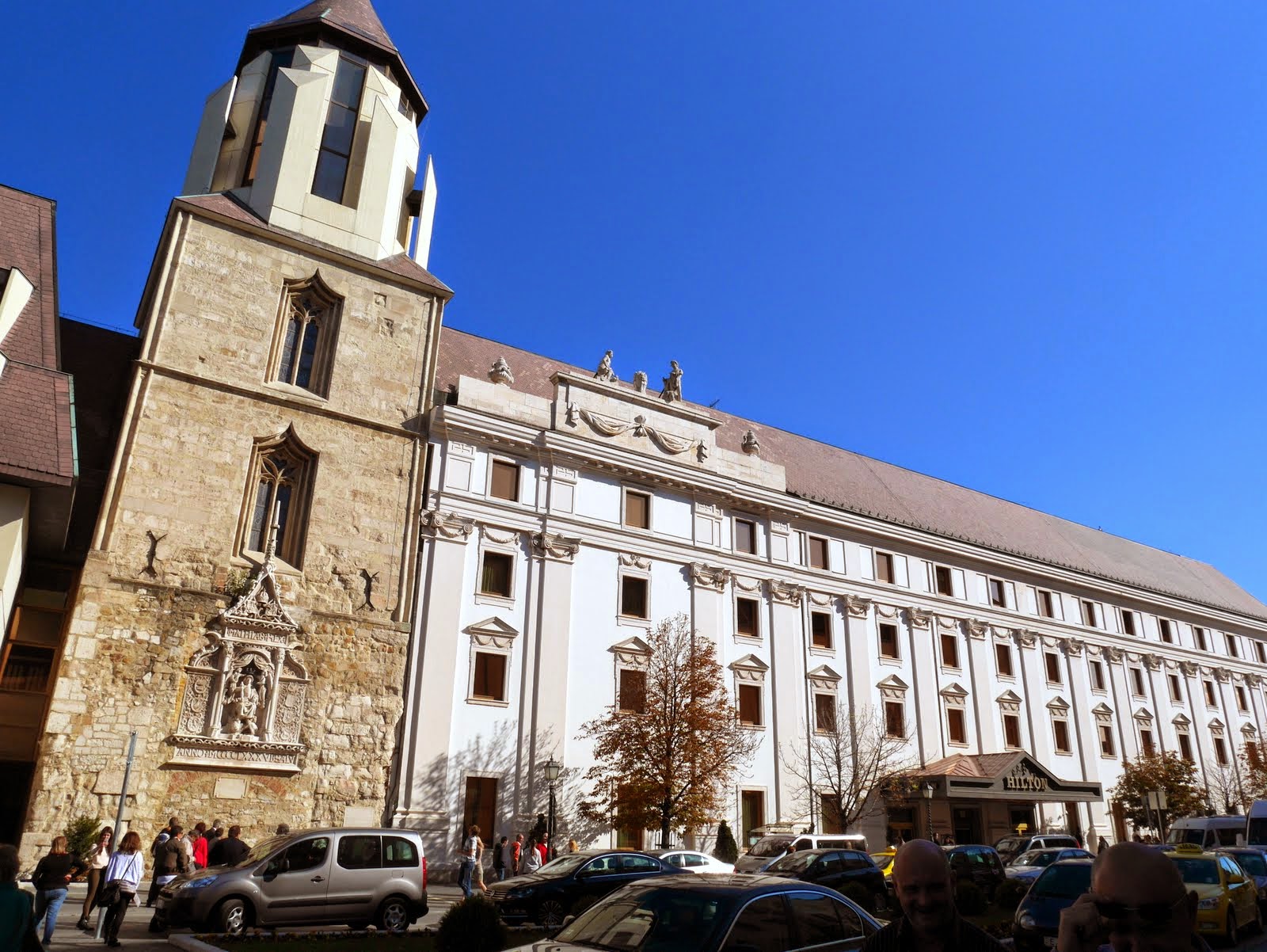 Budapest also has a beautiful covered market called The Great Market or Central Market, or if you must know the Magyar name it is Nagycsarnok. This is as magnificent as the Boqueria in Barcelona, or Borough in London or Tsukiji Market in Tokyo or Pike Place in Seattle or even to some extent the Grand Bazaar in Istanbul. This is a real market selling food and not focussed on trinkets and tourist tat. The market was heavily damaged during WWII, but like other buildings, it was restored. It is really quite lovely. It covers 3 floors and has all manner of Hungarian food i.e. restaurants and Kiosks, vegetable stalls, meat stalls a small supermarket, fish stalls, meat stalls, spice stalls and even Hungarian textiles. Very clean, not smelly and great fun to walk around in. 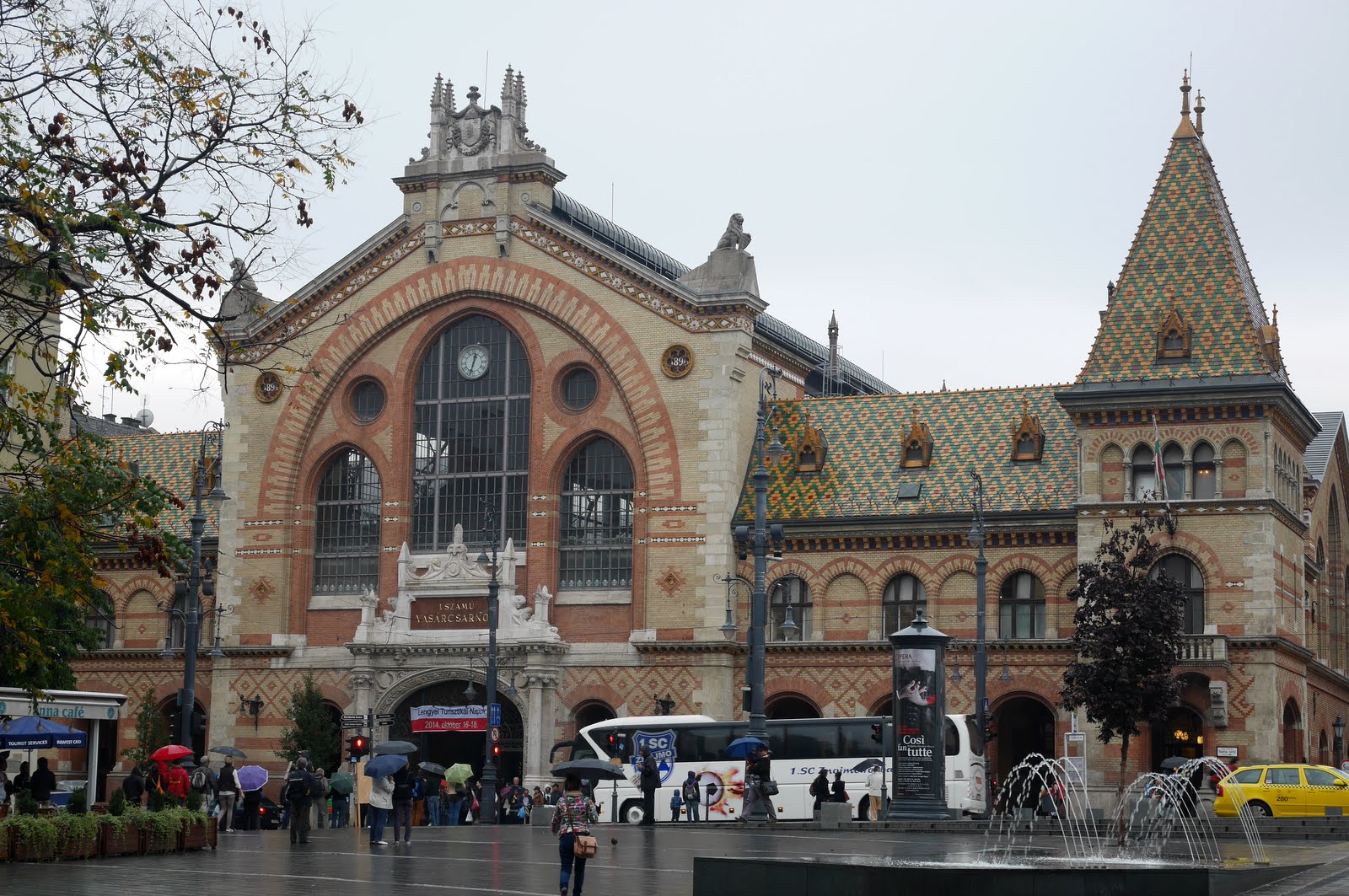 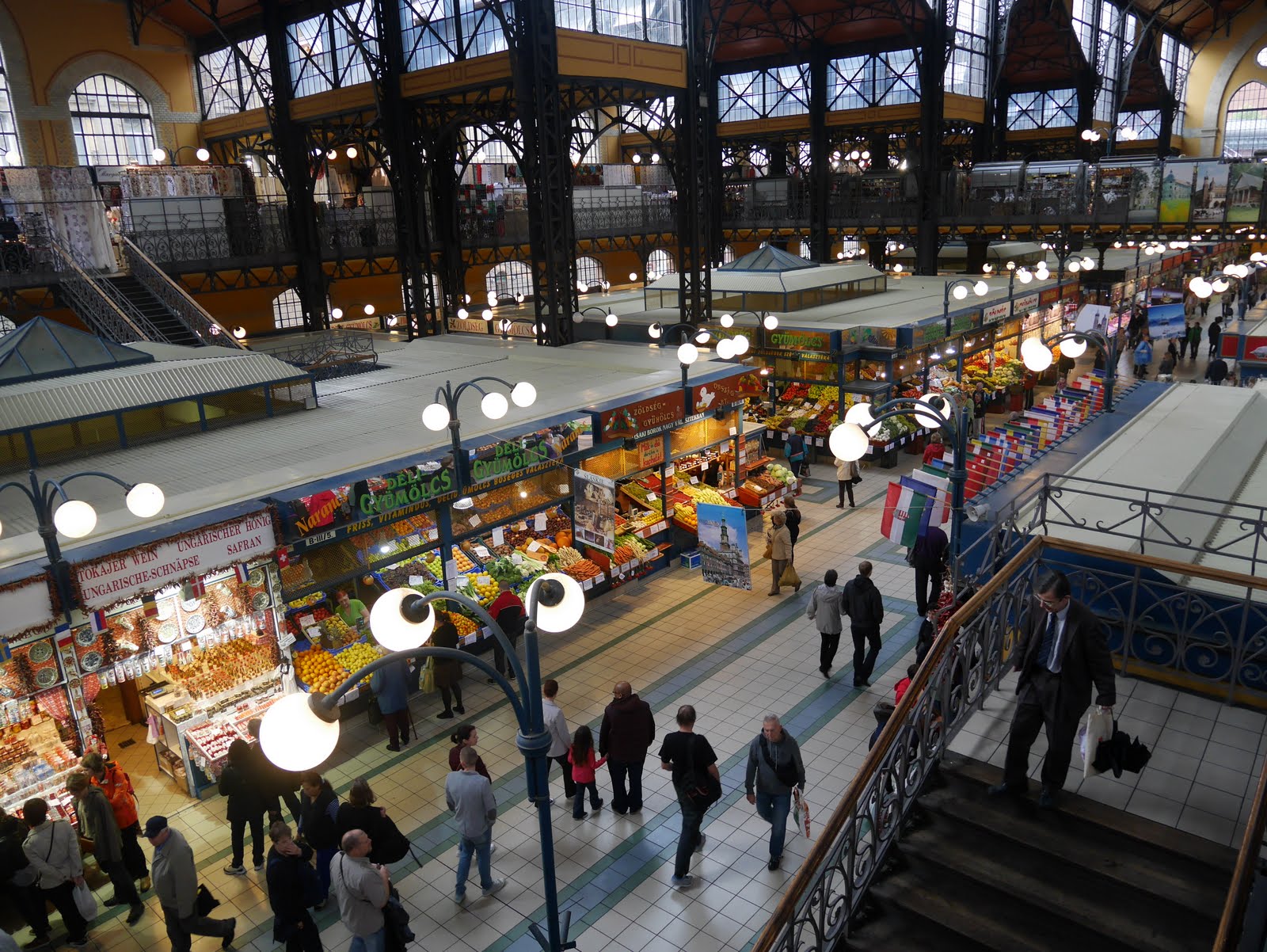 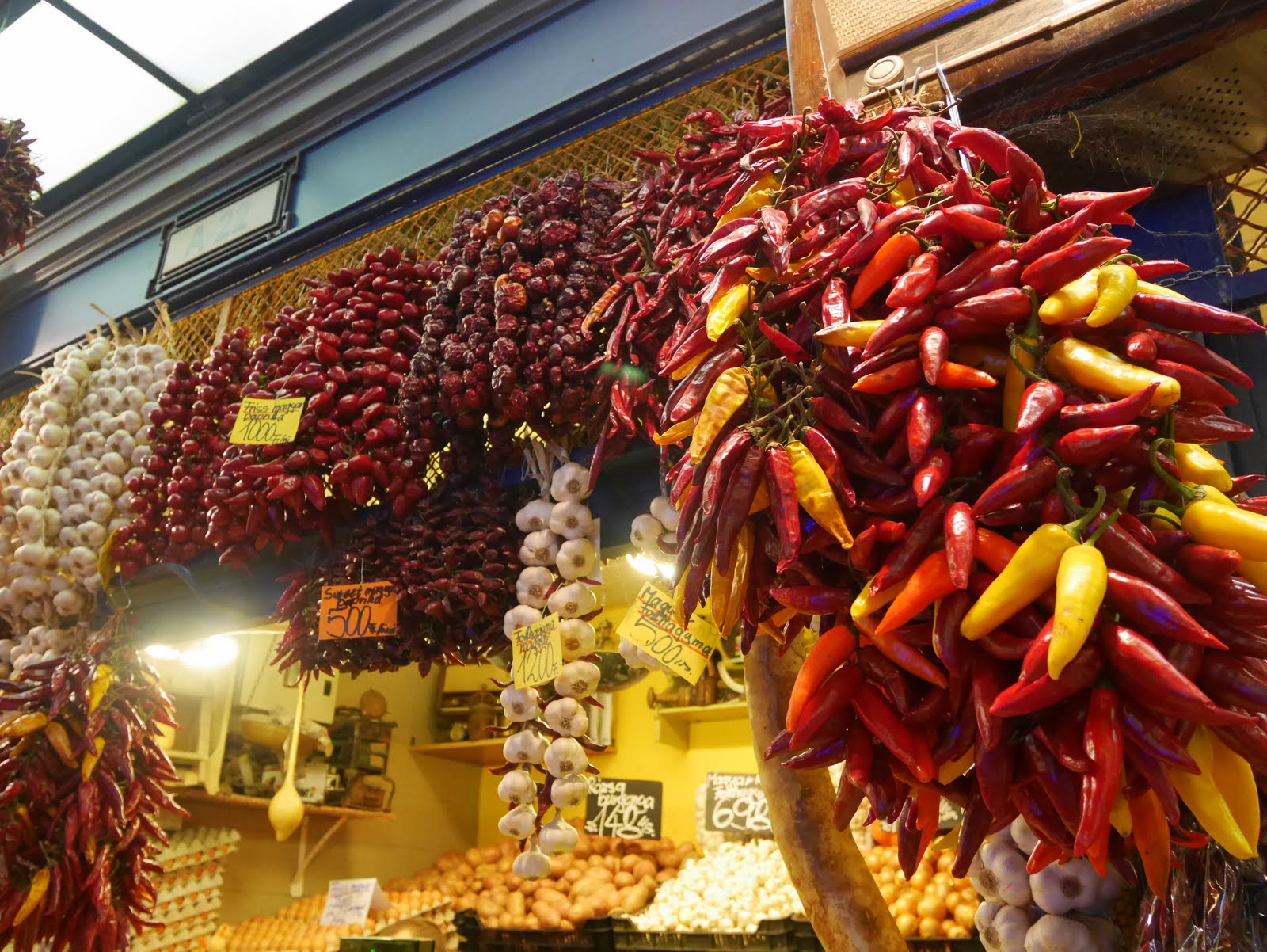 The other great sight in Budapest is the St Steven Basilica, named after the first King of Hungary. This is a relatively new building with construction completed in 1905. It took 54 years to build. It is really a magnificent building. It is, as the name suggests, a Roman Catholic Church. You can buy a ticket and go to the dome from where you can get a fairly panoramic view of the city. By law, no building in Budapest can be higher than 96 meters. The Parliament is 96 meters high as is St Stevens Basilica. And, if you have been reading faithfully, you will know that 96 is a number dear to Hungarians. 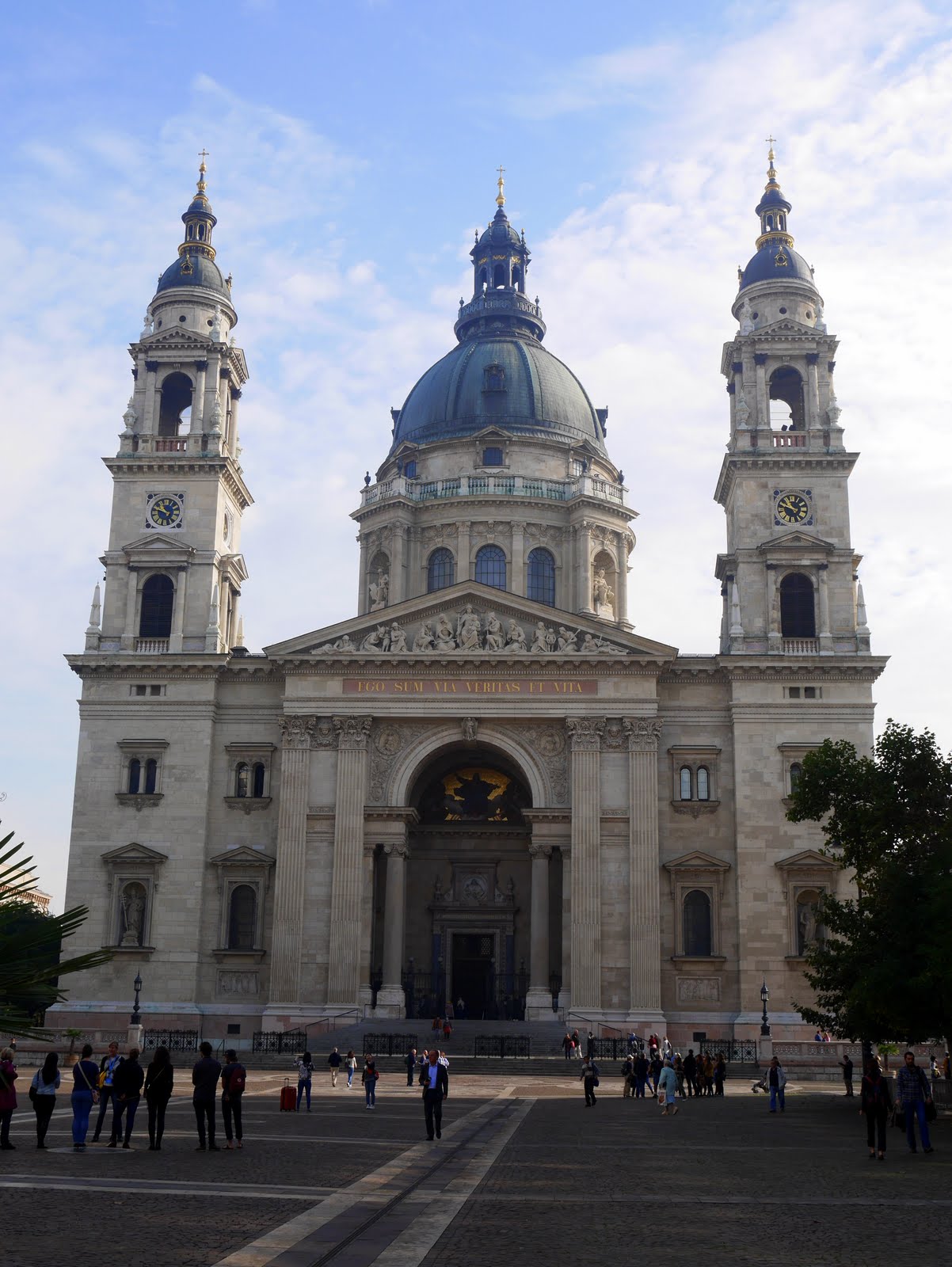 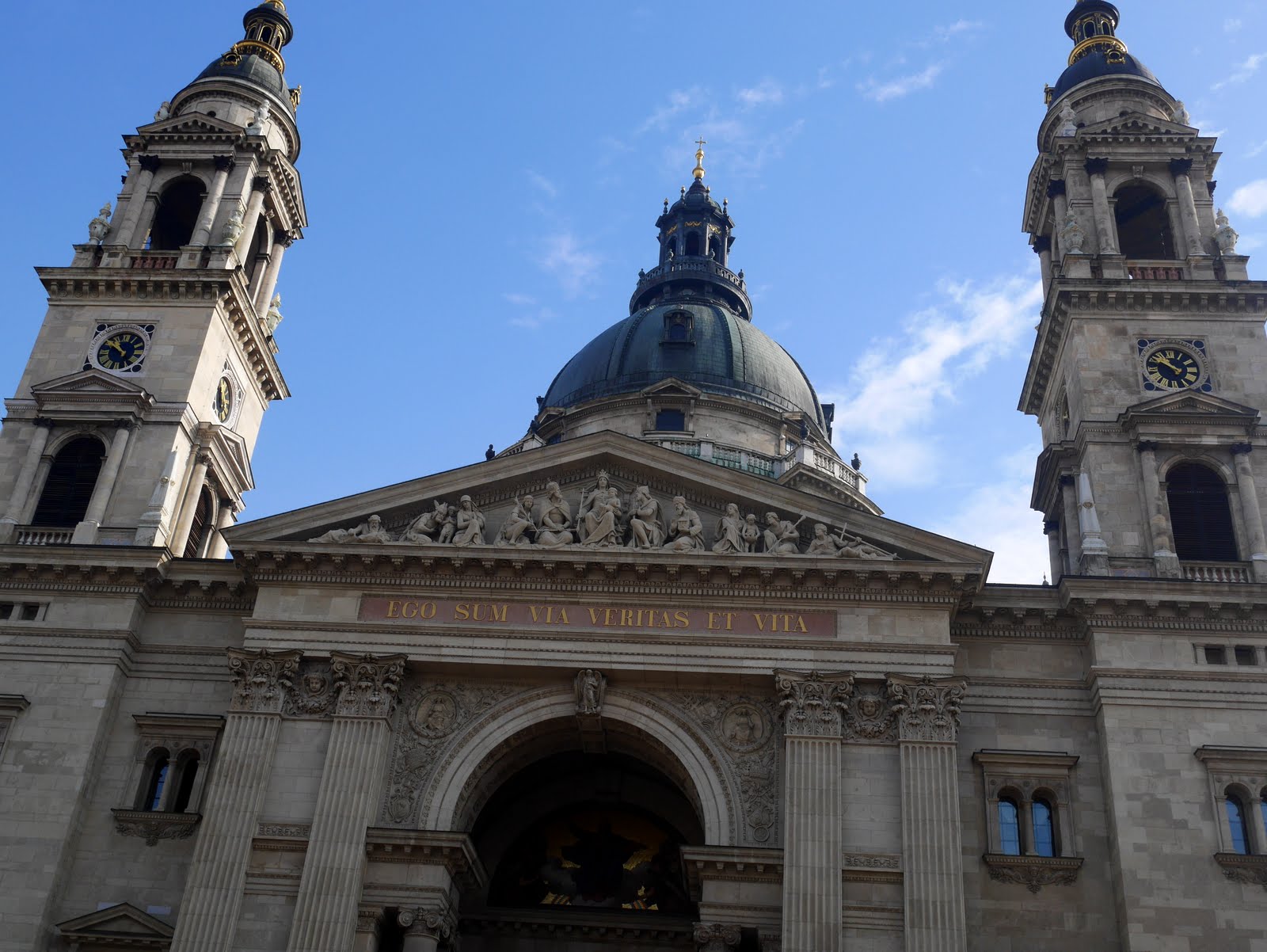 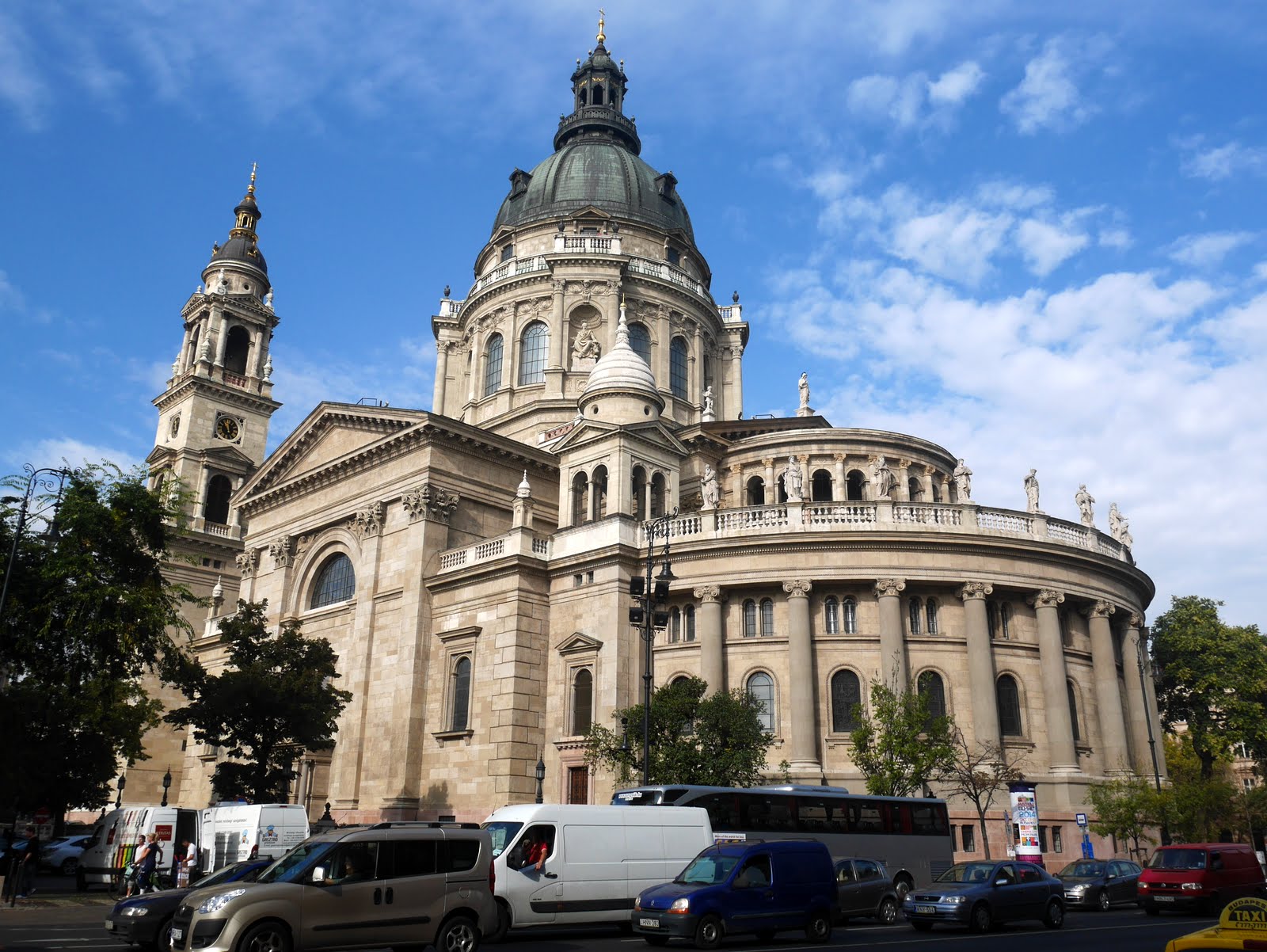 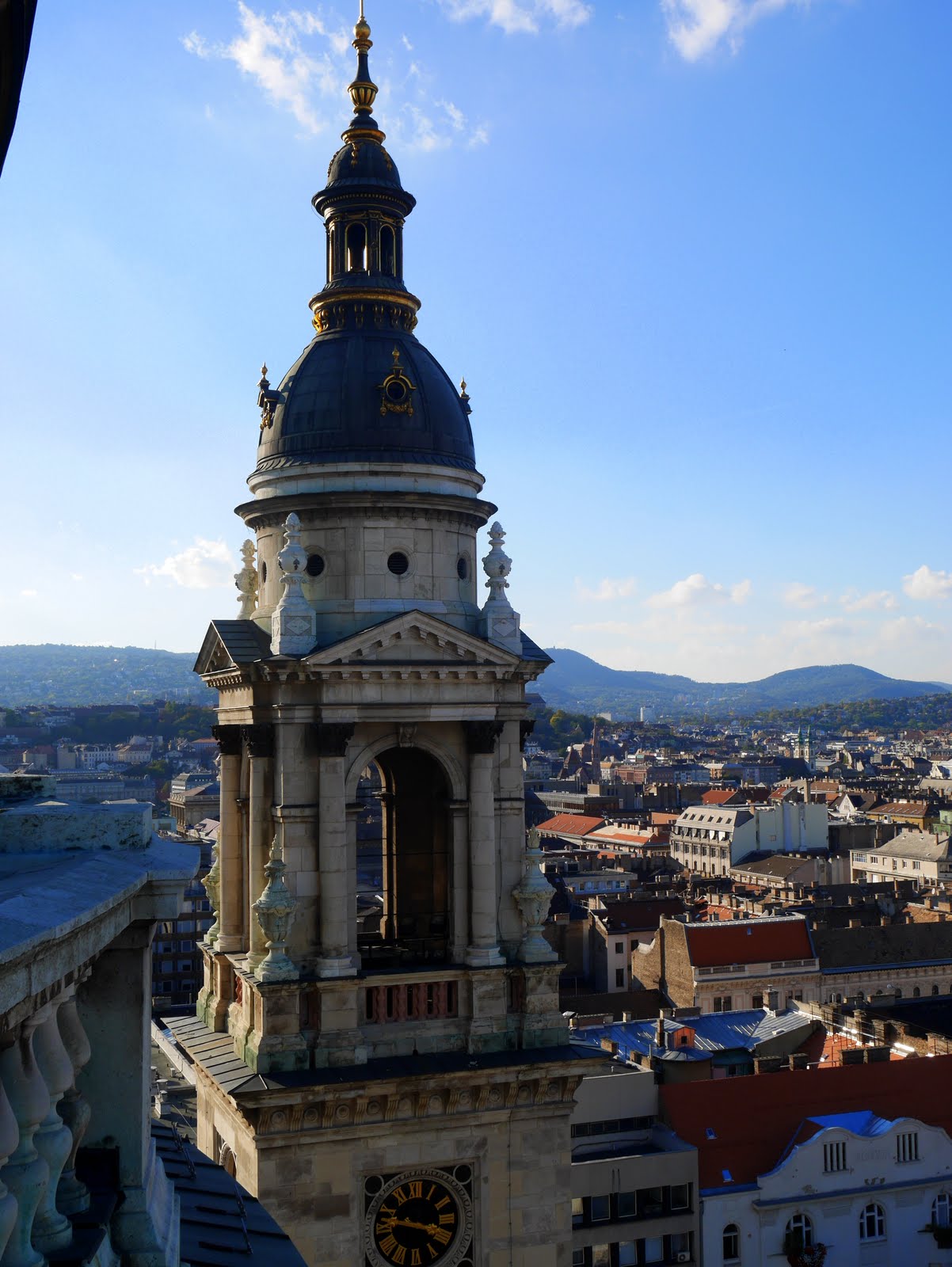 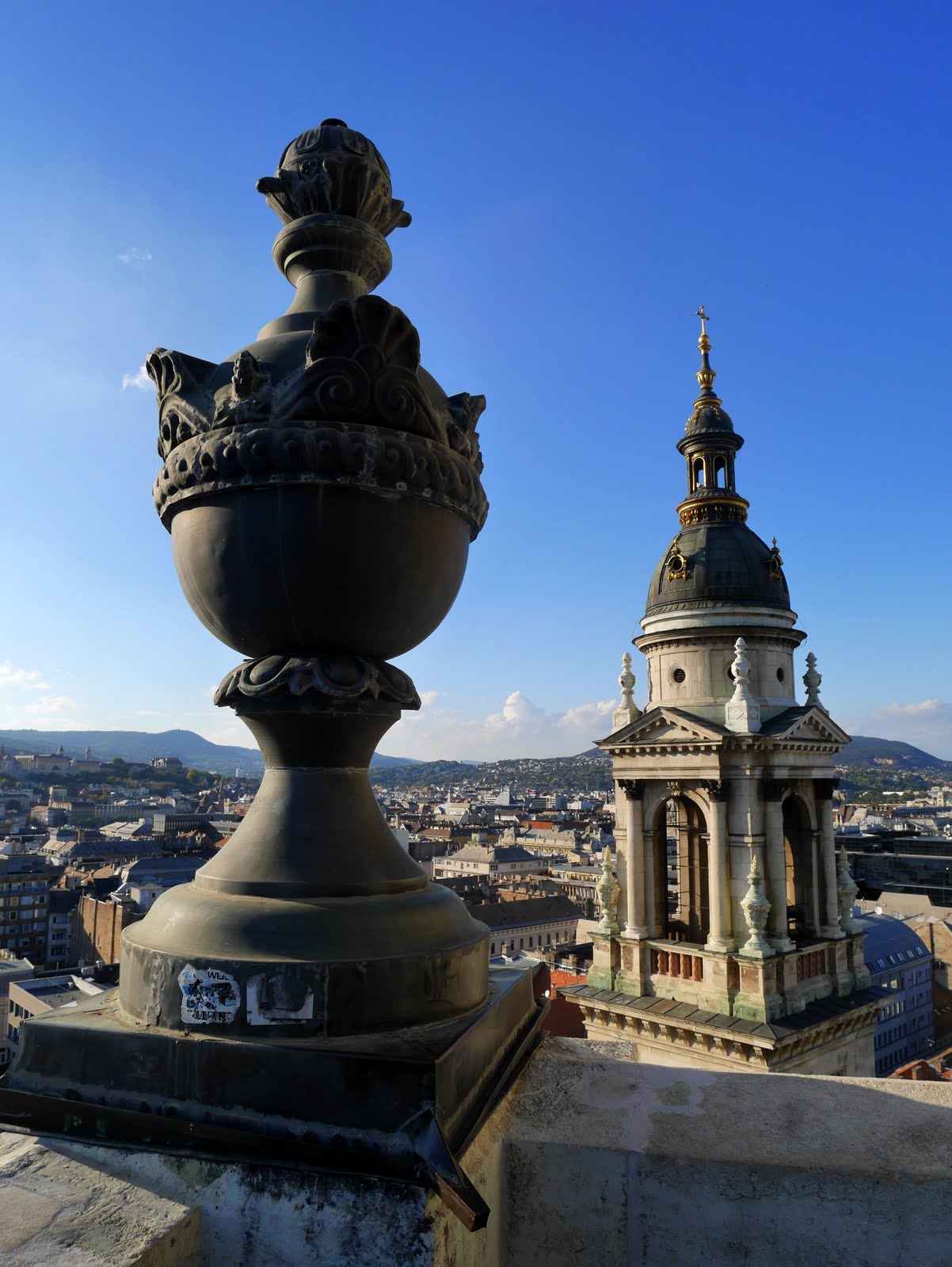 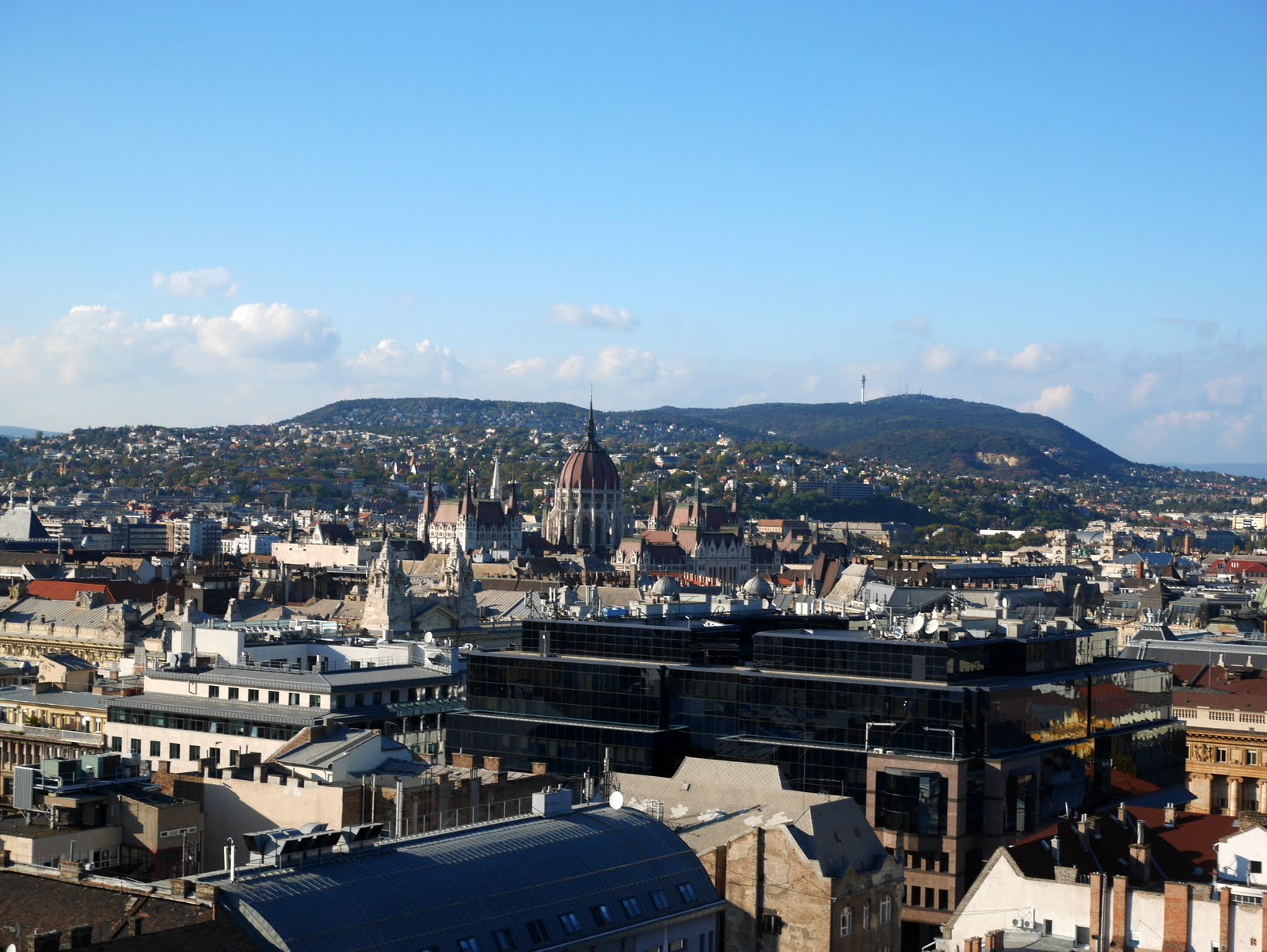 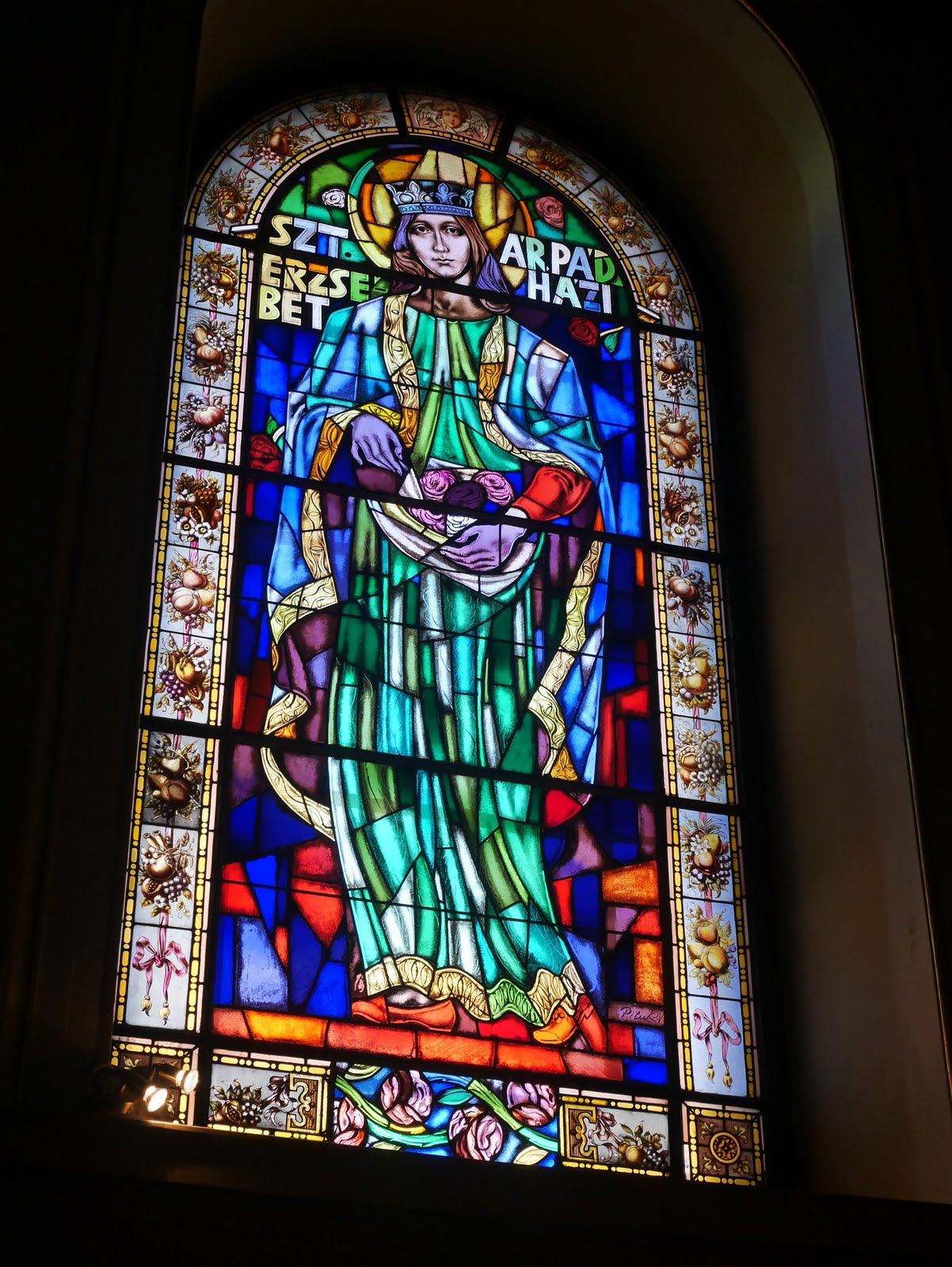 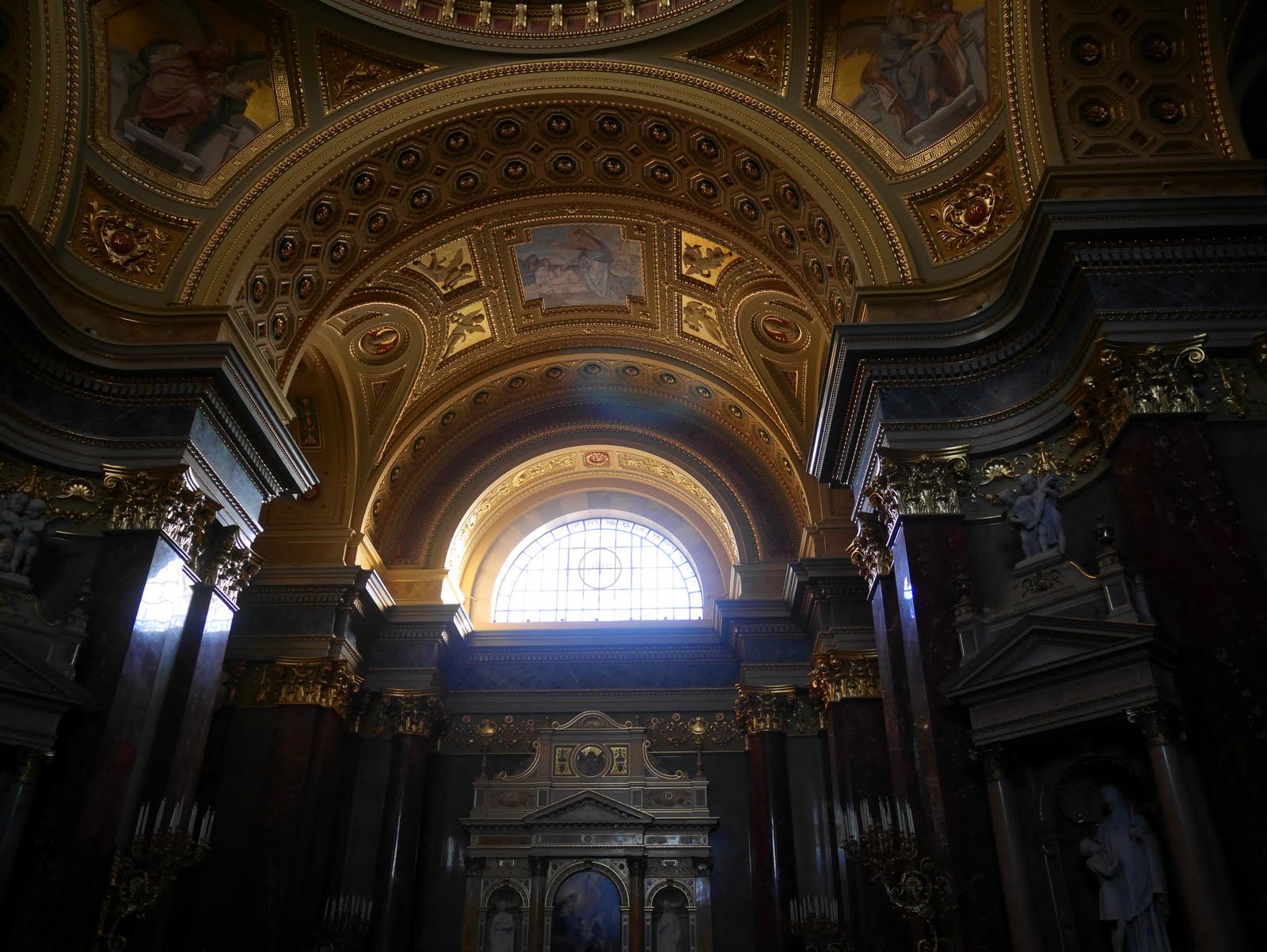 The Jewish Quarter is significant in Budapest for the simple reason that almost half a million that is 5,00,000 Jews from Hungary were put into concentration camps. The area is pretty decrepit and run down. However, the Synagogue is quite nice. This is a place where hundreds of people visit, all decedents of those killed. There is a significant number of American Jews who turn up too. 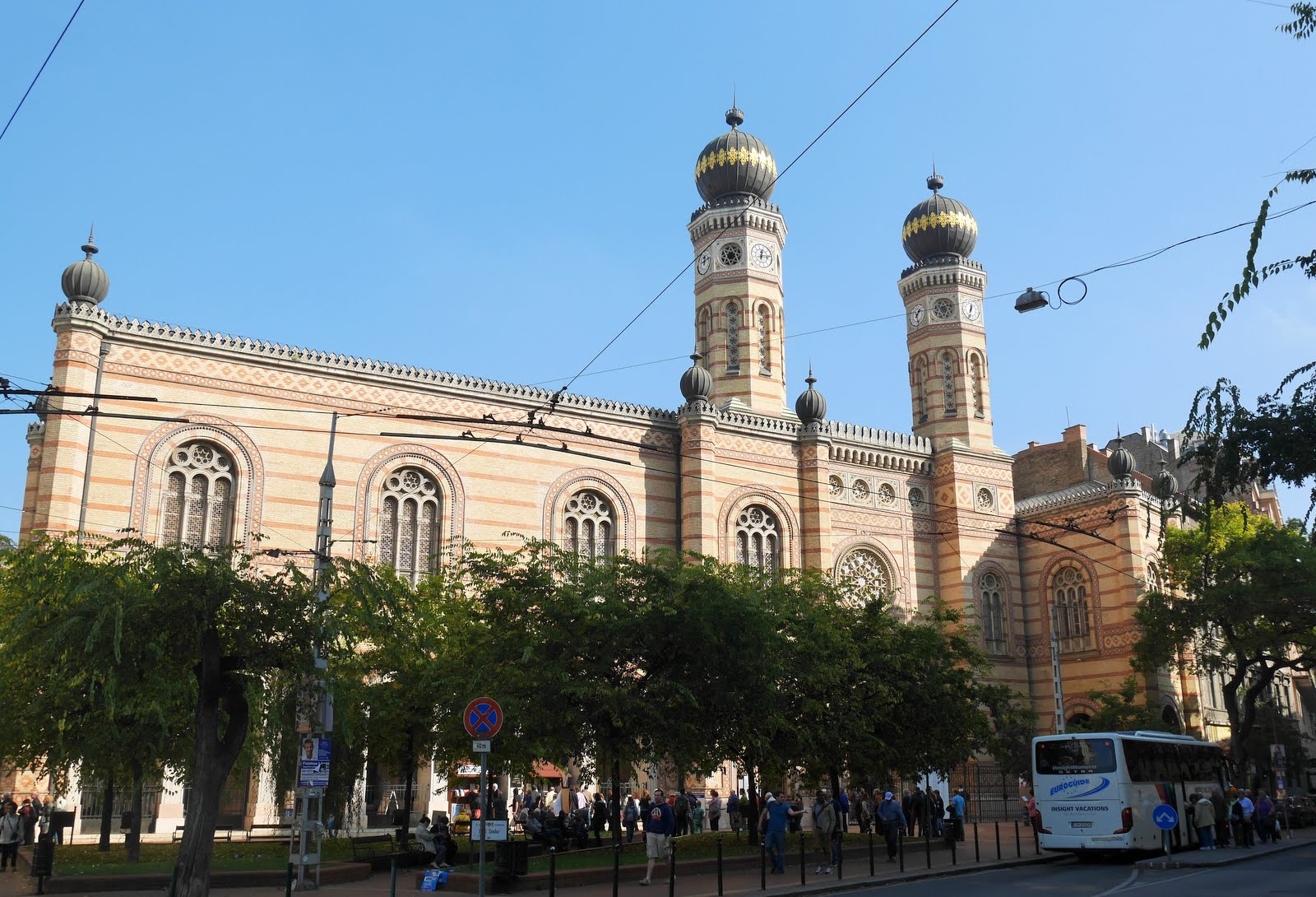 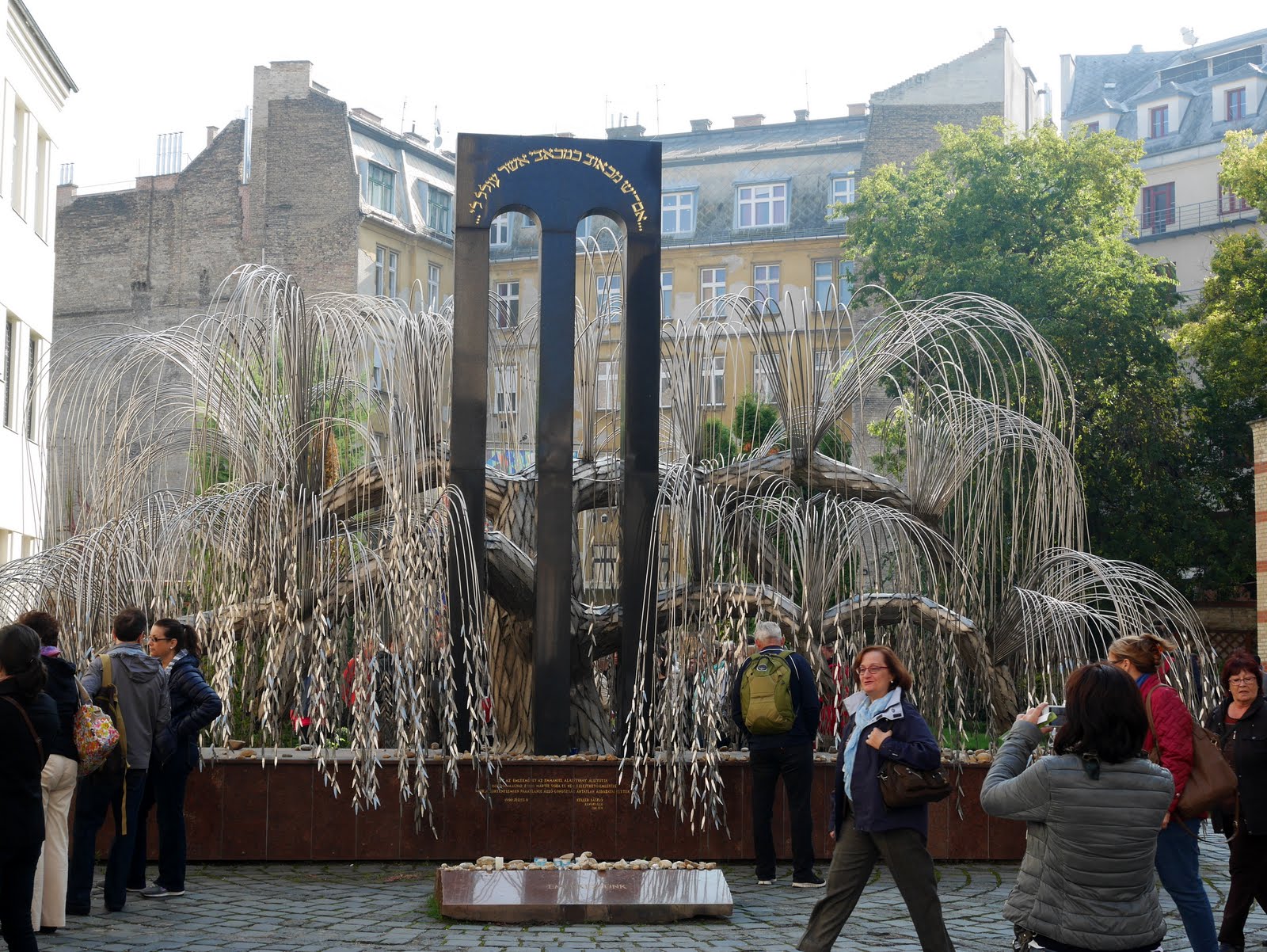 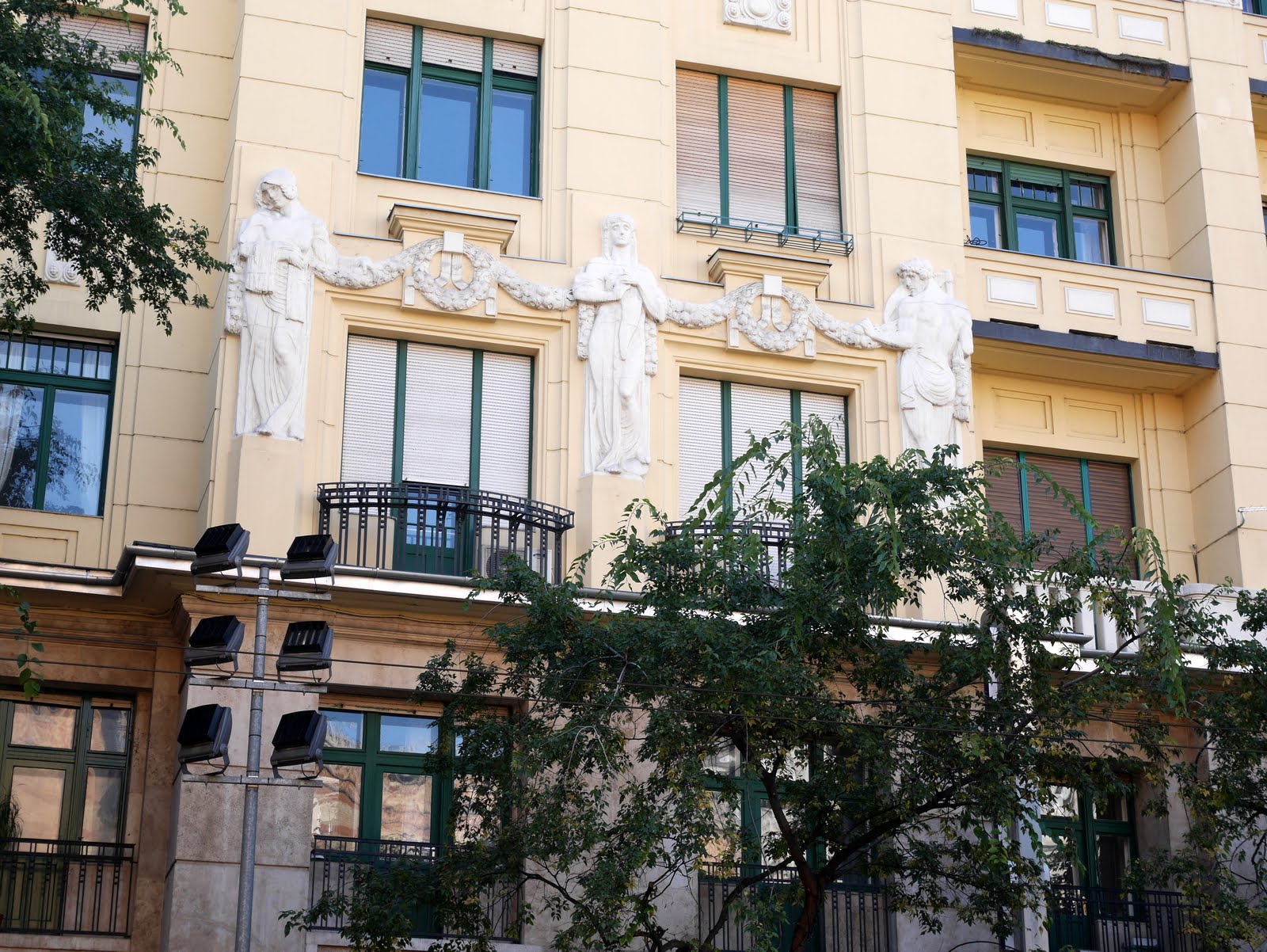 As I have said earlier, Budapest is a wonderful place to visit. Do spend at least 4 nights there. There is a lot to see. If you like you could also take a cruise on the Danube with dinner included. That is not our scene, but, people do like it. You could also take a longer cruise and sail along the Danube all the way from Budapest to Vienna in 6 hours. You could also do it the other way. Now Emirates has a direct flight to Budapest from Dubai. So why not have a super holiday with the shopping, glitz new money showy Dubai and then imbibe some European flair and go to Budapest. A great 10 day [or less] break with two arguably different and enjoyable cities to see and experience.

Posted by Stonethrowers Rants at 12:17 AM