The Pint Room. The new all beer outlet opened in Bandra adjoining Great Punjab, the place we went to have a drink on this Wednesday during the holy months of Ramadhan and Shravan. What a crushing disappointment, what a huge let down, what a shame.

The Pint Room comes with an enviable pedigree. It’s a concept owned by Pradeep Gidwani the man who has headed, if I remember correctly, Fosters, Carlsberg and Red Bull in India. If anybody knows how to sell beer it should be him. This ‘only beer’ outlet has been carved out of a portion of Great Punjab, a Punjabi restaurant whose owners know what Punjabi food is. The Pint Room opened some 10 odd days ago and we made our way there to sample some of the beers on offer.

The Pint Room is rather small with an uncomfortable badly designed bar, a couple of high tables with high stools and some cane banquettes/sofas. It’s brightly lit with a large window looking out onto the hugely busy Linking Road. Several florescent beer signs and beer themed posters form the decor. The far end of the bar counter had 4 taps [Kingfisher, Hoegaarden and two other beers whose names I forget] which looked delightfully frosted.

We entered at 8 pm to find that we were the only people inside; the waiters were sitting at a table in the corner working on computers. The manager was smoking outside and soon came in after we were seated. Grim start.  We got a sheet of paper fixed on a clipboard listing the beers on offer. In all honesty there are several with prices ranging from Rs 1,300/- for a 330 ml to Rs 175/- for the local Kingfisher and Carlsberg. 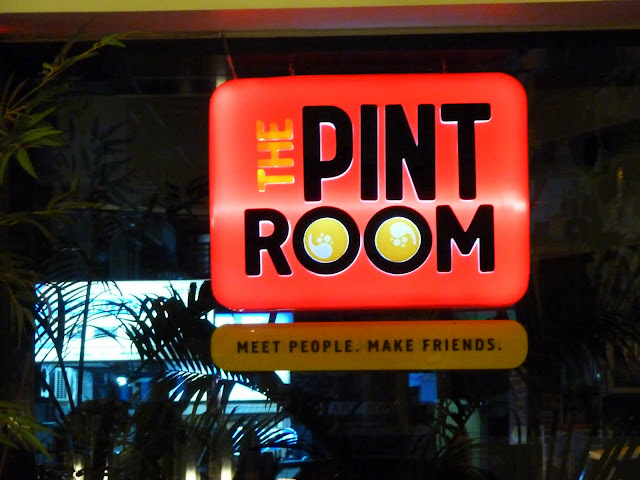 HRH the Queen of Kutch ordered a Portuguese Stout called Super Bock. I stuck to a Carlsberg. The Stout cost Rs 475/- and my Carlsberg cost Rs 175/-. Thankfully the menu says that the prices are all inclusive so you pay for what you get, no added on taxes and service charge. The tragedy was that both drinks were not cold. Yes they came out of a chiller but by no stretch of imagination were either of the bottles properly chilled. HRH the Queen of Kutch could barely finish her drink. I thought I should give the Pint Room another chance so I ordered a Kingfisher draft from the enticingly frosted taps.  Oddly, this too was not cold. Soon a waiter turned up and offered me another beer. I said that I wanted an Indian beer provided it was cold. The waiter brought two bottles for me to do the `touch test’. Both were not cold. We asked for the bill and walked out. By the time we left at 8.45 there was one more couple had just entered the Room. We left them to enjoy their beers in solitary splendour. 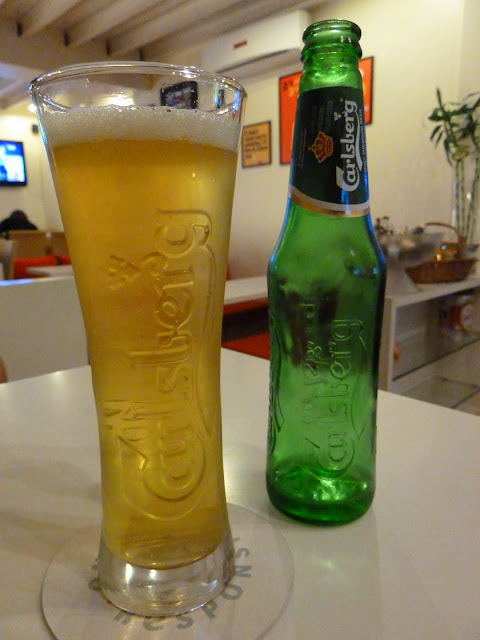 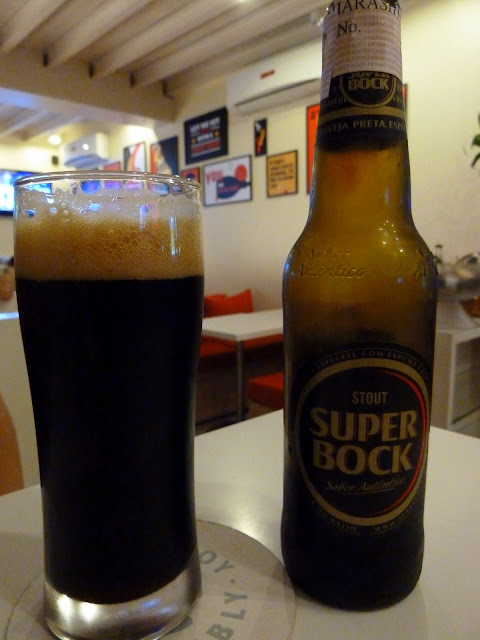 I will tell you why I was so disappointed. Surely for a place that specialises in beer, owned by one of the more successful beer company CEOs, the least you can expect is a bottle of truly cold beer. To have 3 beers all different from different supply sources [bottles and tap] that were not properly chilled was deeply disappointing. It was not that the place was so crushingly full that the beers stored in the chillers had run out. We are talking of just 2 of us in a bar. Why is there such a casual attitude to a paying customer? Are we all to be taken for granted? Do people who own/run these places really not know any better? Almost any restaurant you go to whether it be Apoorva, Trishna, Great Punjab or Lings Pavillion all serve beers that are cold. And here we have a speciality beer outlet with such a good pedigree that seems incapable of doing that. Why should I not be disappointed?

I did a little research on the Internet and found this site which lists how cold beers should be. Have a look, its interesting.

Do not waste your money. Don’t go here. You have plenty of choices in Bandra, from good old Totos to Hawaiian Shack, The Rude Lounge, Bora Bora, the cult favourite Janata Bar, Escobar, Bonobo, Firangi Paani and so many more.

I hate to sound the death knell so early on in the life of a place but I do not predict a long and happy life for The Pint Room
Posted by Stonethrowers Rants at 11:10 PM