Aachen and Cologne are some 50 kilometres apart. So as far as food is concerned there is not much of a difference between the food in both places. Except of course, the local beer Kolsch, which is peculiar to Cologne.

As a general rule, when we travel in Europe we do not eat at Michelin starred restaurants, preferring instead to eat typically local food at local restaurants. We do a lot of research into finding out appropriate restaurants and take in inputs from the hotel Concierge. We invariably visit the restaurant before a booking a made or before we eat there and have a look at the menu and get an idea of what we are in for. I do not know why restaurants in India do not display their menus either on the door or online. The small change we note is that sites like Zomato have started doing this and put up menus that they get from the restaurants. A good move.

Starting from the morning, breakfast was always just a cup of coffee. Never anything more. Lunch was always a delight. Germany has some of the best bread and the best sandwiches. Once or twice it was a grilled Bratwurst or a Curry Wurst with a piece of bread. We were perfectly happy. At times it was a fish sandwich or a mixed fried fish at the very good fast food chain called Nordsee. This chain specializes in all manner of fish food, sandwiches, large Tacos filled with fish, fried fish with potato salad and so on. We do like this chain and the food they serve.

As far as dinner was concerned it was our main meal. However, regrettably, we found, as far as we were concerned, the food in Aachen and Cologne underwhelming, sub-par and of mediocre quality. Again, generally speaking, the food - in the same kind of restaurants researched in the same way - in Italy, France, Belgium and Spain to be far better.

The food we had in Bauhaus’s was on the whole better value for money. A Brauhaus is supposed to be a restaurant that cooks its own food and has predominantly beer served. The Brauhaus may brew its own beer or may sell beer linked to a particular brewer. Not that the food was exceptional or better, but you paid far less for what you got as compared to a restaurant. A full meal for the two of us in a Bauhaus with lots of beer, a starter each and a main course each would be about Euro 55-60. In a restaurant with just a glass of beer and a bottle of wine the same food would cost 100 – 110 Euro [wine being about 25 -30 Euro]. Mind you the food would be the same, meaning the dishes would be the same.  You could argue that the quality of meat, produce and the fact that you get some service in a restaurant may justify the inflated price, but on the whole we did not think so. Mind you all the food was good, and by Indian standards, beats the Indigo Deli’s, Sassy Spoons and Bassilicos hand down. But this was not gourmet food, it did not wow us like the food in other European countries. Was this to do with German food as a whole being somewhat unsophisticated and unrefined, is it to do with the fact that we chose wrong, I do not know.

If you look at the photos the food looks good, in fact it looks very good. However, when eating you realised the shortcomings. Often it was careless, lazy and short cut cooking. The Schnitzel, which is really a local dish,  is something any restaurant can make. You need an escalope of Veal or Pork or even Chicken, apply standard breading [flour, egg and bread crumbs - in that order] and fry the thing. Often these were pre-fried, heated in a microwave or a hot sauce poured on top. Sauces were made with shop bought stock cubes and not made from genuine veal stock, which is what you would expect. So the sauces turned out tasting like Maggi or Knorr stock cubes, thickened with flour. Not pleasant.

All the restaurants we went to had several common dishes on the menus. Potato Soup with Bacon and Croutons as well as Beef Bullion was on all menus. Fried Camembert was common. Wiener Schnitzels with Mushroom sauce, or plain, or with a Madagascar sauce [A piquant sauce with green pepper] were all over. Pork Knuckle either boiled or roasted with crackling was all over. Beef Roulade, Beef Sauerbraten which is Beef marinated in Vinegar and then stewed and served with an Apple Sauce was common. Blood Sausage or Black Pudding was almost always on the menu. Bauhaus’s also had the obligatory sausage. Vegetables were always potato either mashed or boiled or roast, the roast potato being totally delicious. Cabbage was everywhere in many forms. Brussels Sprouts were in season so were also plentiful. Potato Pancakes served with a variety of both sweet or savoury toppings are hugely popular and were on all menus. Cheese, Pike, Perch and Herrings were always on menus. The result was that after 6 meals you had eaten thru the menu.

Of all the meals we ate the one at Restaurant Elisenbrunnen in Aachen was by far the best. Good food, good wine, decent service and a modern clean swish restaurant. The other restaurants we went to are listed. Mind you these all came highly recommended. No, they were not tourist traps [whatever that term may mean] as we found that they had a substantial local/German clientele.

As far as desserts are concerned, in restaurants these were really poor and old fashioned. Vanilla Ice Cream with Cherries and Chocolate sauce, Crème Brulee, Cinnamon Ice Cream and Prunes and Apple Strudel were all pervasive. However the Café’s and Patisseries had superb desserts on offer thru the day. These were really top class, but restaurants for some reason missed the boat.

Across Germany the beer was excellent, served with care and served cold. The wines in this part of Germany are not well known or famous, so, most wines were either French or Italian. Nothing by way of local sprits either.

Could it be that Cologne is a culinary black hole? I think that is so.

At The Golden Unicorn 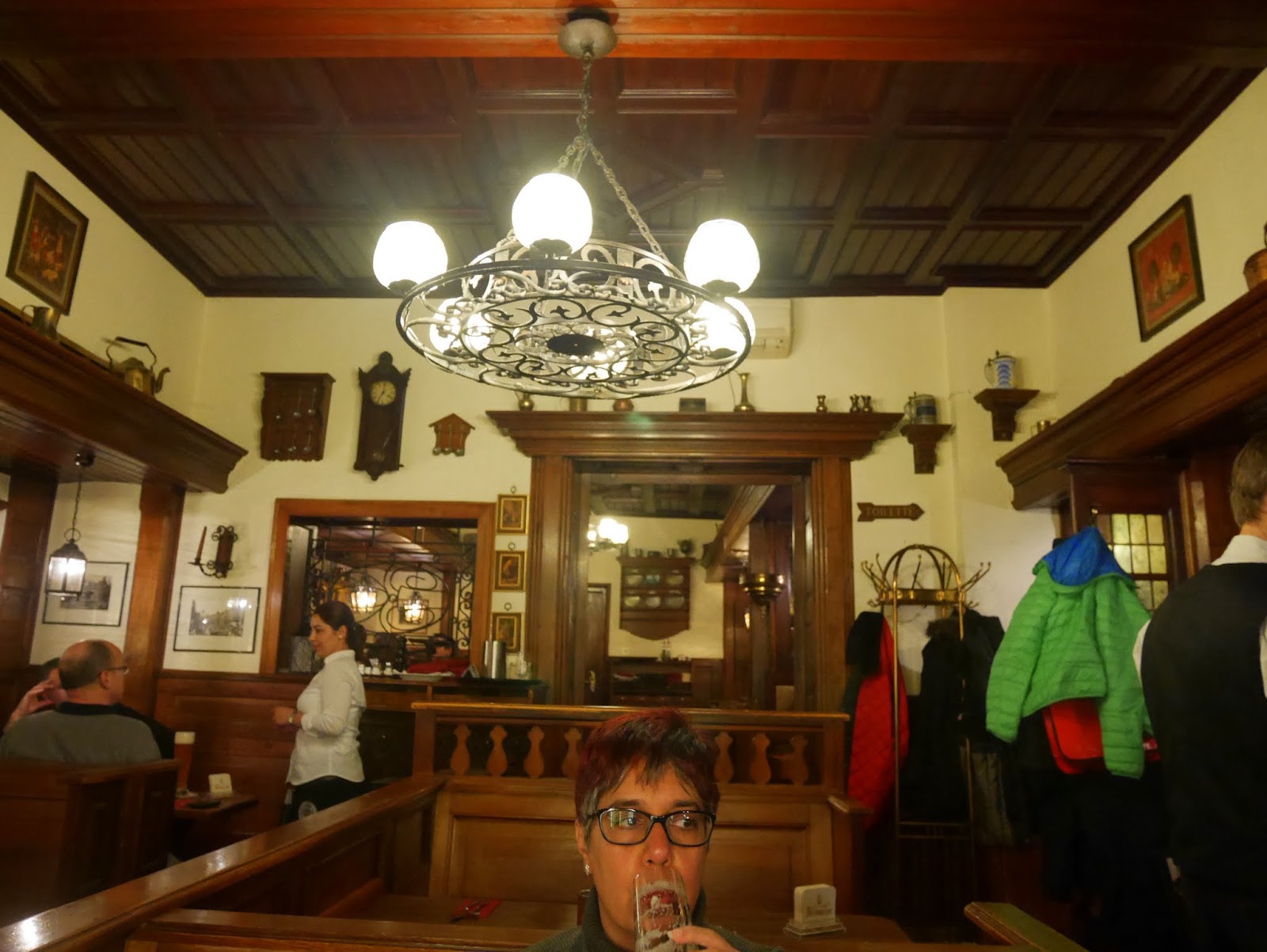 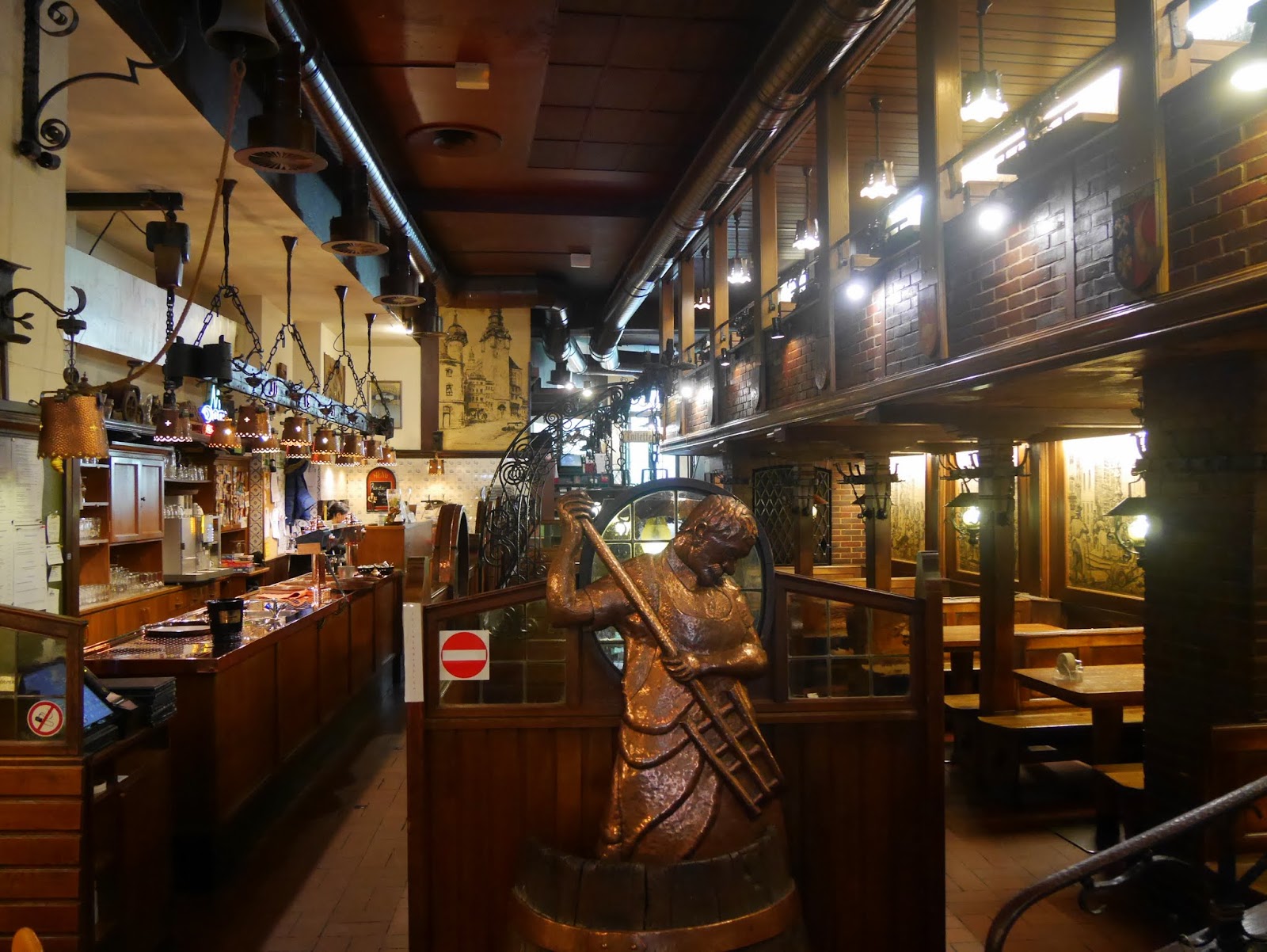 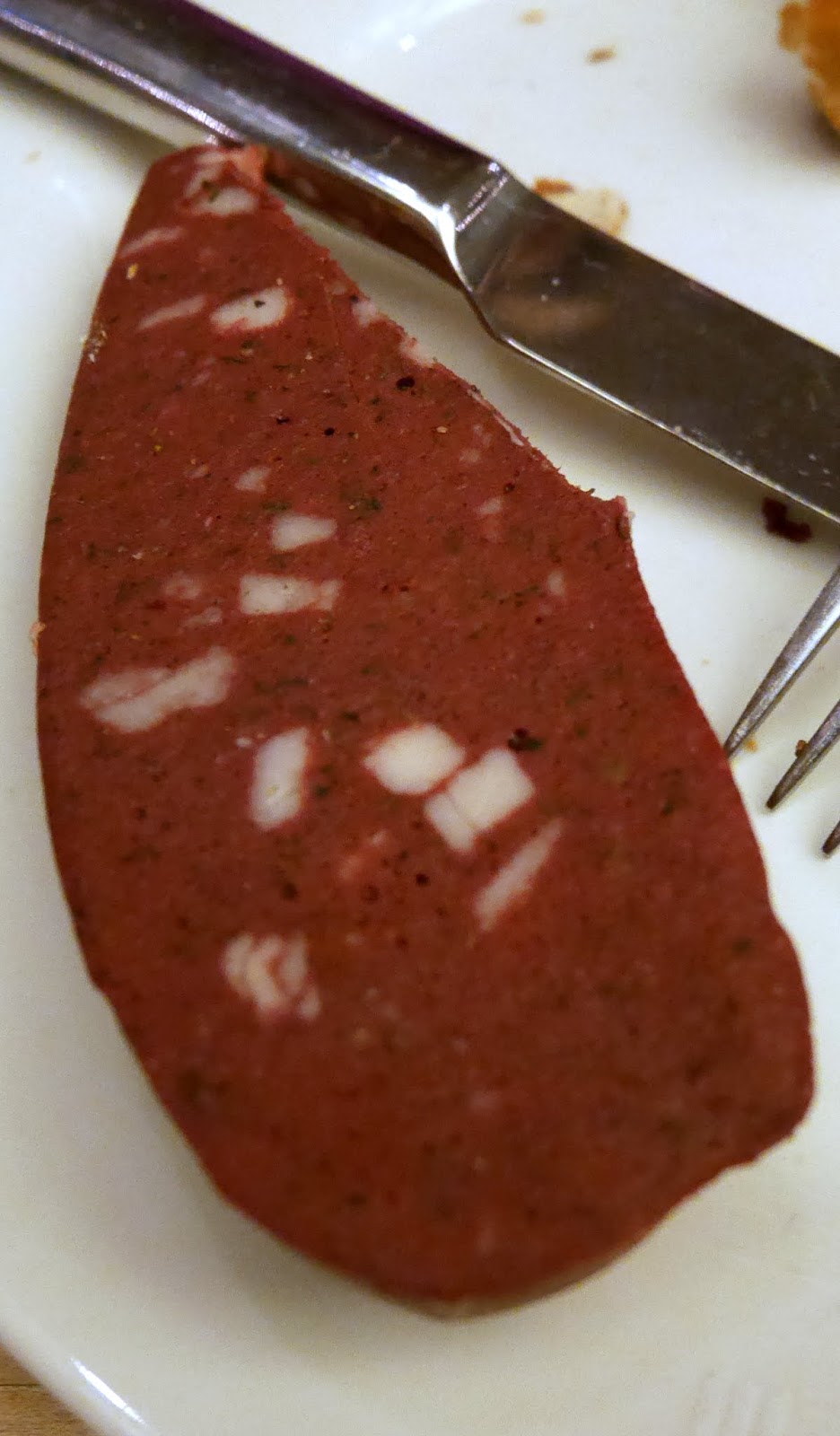 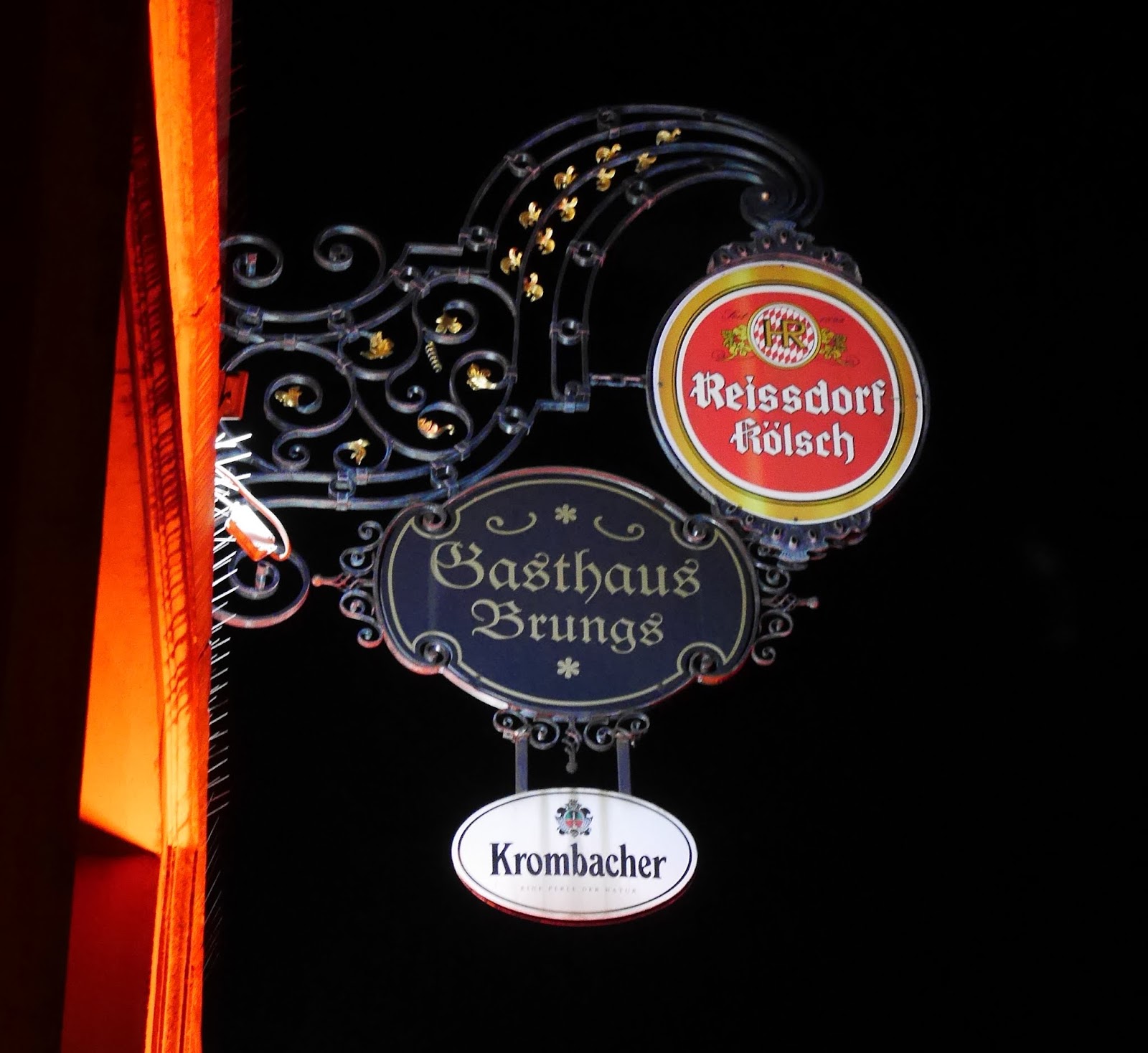 
Posted by Stonethrowers Rants at 11:44 PM