A large section of Hyde Park on the Park Lane – Marble Arch side was cordoned off for this festival. It was brilliantly organised. On each concert day gates opened by noon and you could go in with a picnic blanket chairs and an umbrella and set up camp. There was a real carnival atmosphere with merry go rounds, Ferris Wheels and other rides for kids. Row upon row of food and drink stalls. All manner of food was available, from Pasta to burgers to Fish and Chips to Barbeque Ribs and Chicken, all manner of sandwiches. All manner of drinks were available, at reasonable prices, a pint of Fosters beer cost GBP 4.50 which is not much more than what you would pay for one at the pub. Wines, Pimm’s and Gin and Tonic were all on offer. In short if you wanted to make a day out in the park, get a sun tan and eat and drink, this was a very attractive proposition.

The Rolling Stones are one of my favourite bands. We had seen them live when they came to Mumbai a few years ago. Our Friend Philosopher and Guide in London, procured tickets and thus here we were at the height of the English Summer to watch the second show of the Rolling Stones on 13th July 2013 at Hyde Park.

From our apartment room we could hear sound checks every day. This whet our appetites. On the day we walked across to Hyde Park at about 5 pm and found a spot. The Rolling Stones were to come on at 8.30 pm. We settled down and soon the hot British sun got to us. We needed urgent cooling. We made it to the bar and got a Beer for me and a Cider for HRH the Queen of Kutch. Now let me tell you something here. There were an estimated 80,000 yes eighty thousand people at the concert; of them probably 60,000 were drinking some sort of beer. The beer I got was cold, properly cold; no rubbish of touch the glass. Try getting a properly cold beer at a bar in India. 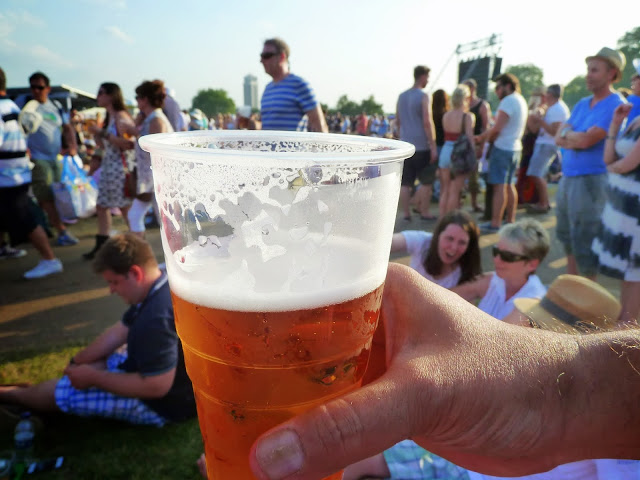 We watched and heard various opening acts go thru the motions. Not many in the audience were interested, many were drinking, many just hanging about many just chilling. It was a hot day. As the sun went down the crowd’s mood improved. People were getting genuinely friendly and excited. I was surprised to see the age of the people around me. Well into their late 30 and many in their 60’s and 70’s. Very few under 25’s. A well heeled, well behaved and knowledgeable crowd. The lights dimmed and people got a bit more excited.


Suddenly you heard the sound of `pip’ `pip’ `pip’, remember the sound the radio made just before the news, loud over the PA system and a documentary started to roll on the screens. 5 seconds later it was magic. In massive blast of firecrackers and a stunning bright light, the opening chords of Start Me Up hit us. They were on!!!! No announcement no fan fare, just a very bright light, a huge thunder flash and the music started. As I said it was magic, it was stunning and the first 5 seconds were worth the entire ticket price. I tend to get quite emotional at such times. Yes, a few tears did roll down. Makes me sentimental. But that was soon gone, the tears and the sweat all mixed and I was soon singing tunelessly at the top of my voice along with almost everyone around me. Everybody knew the songs everybody knew the words. The Stones could sing a song from the 60’s or the 70’s or the 80’ or the 90’s or even the 2010’s and everyone knew the words. The set list included the classic like Start Me Up, Tumbling Dice, Honky Tonk Women, Miss You and the new hit Doom and Gloom The set closed with the very singable Cant Always Get [What You Want] and Satisfaction. This is the true magic of great bands. Hit makers for the last 50 years.


Mid way thru the show, in a throwback to 1969, Mick Jagger put on a white dress, made some jokes about it fitting despite all this time and launched into a song. Soon Mick Taylor was brought on to play both Midnight Rambler and the encore which had to be Satisfaction. That was touching. At the final bow Mick Taylor joined the remaining 4 Stones. Then, he withdrew and the 4 took the very final bow. Grace and dignity. That is what it was.

The show ended with the crowd being sprayed with paper Red Poppies. Was this a statement of sorts? I do not know. I caught 3 of them. 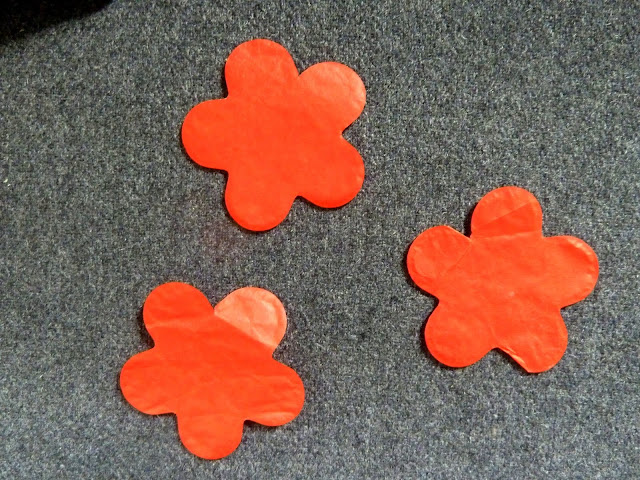 The show was superb. The energy and the calibre of musicians on stage is superhuman. These chaps are all 65 years old. All of them have led lives which would render a mortal like you and me `Hors de Combat’. Leave that aside, each one of the Rolling Stones weighs less than me, has not an ounce of fat on their bodies and is fit as a horse. But all that is another matter. They are extraordinary human specimens.

One particularly charming moment for me was the `Case of the Little Girl In The Red Dress’. There was this child, barely 4 carried on her dads shoulders. She was just so happy watching the show, clapping, dancing and thoroughly enjoying herself. That was just so charming and endearing. 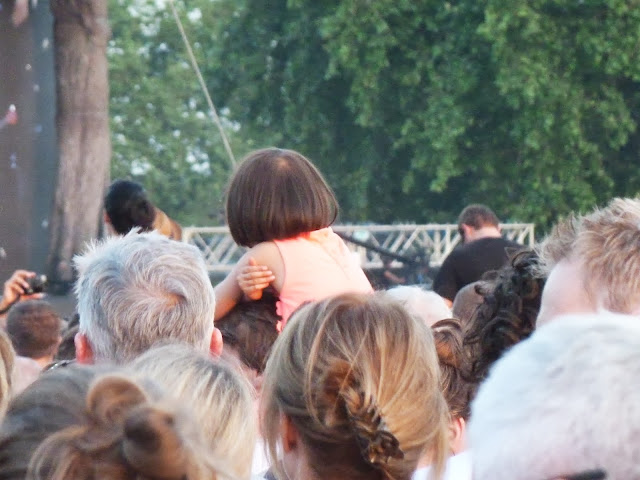 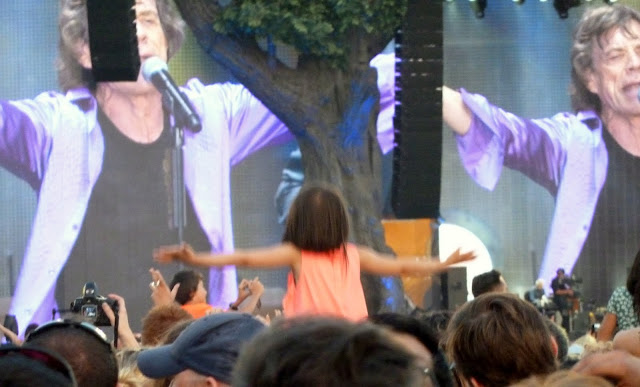 The audience was in such fine form, in good singing voice and in excellent humour. The `woo hooo’ chorus of Miss You became the sort of catch praise, if I could use that term, for the rest of the evening. People sang it in unison and that brought a smile to everyone’s face. I know that as I write, many of you will not know what I am talking about. Do not worry; this is no reflection on you. I was just so happy at the end of the show that I am probably not making much sense. Forgive me. 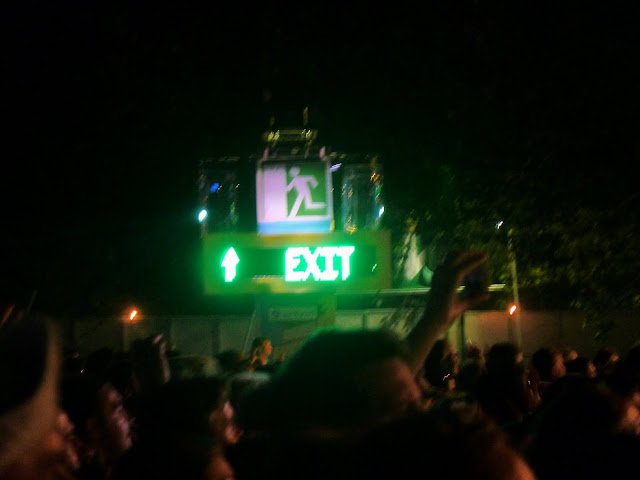 This was really a top experience. Something I will remember all my life.

I saw the Rolling Stones live in Hyde Park one very hot summers evening. I will probably forget the date and the year, but the night will be burned in my mind for ever.