I have seen countless programmes on television such as `Man Versus Food’ with Adam Richman who tries to eat gargantuan portions of food in his travels across America. One of the things he eats is the Pulled Pork sandwich. Similarly, other food travel programs on America often feature Pulled Pork. You see television hosts wax eloquent about this. Always made my mouth water. Pulled Pork is a pork shoulder that is slow cooked over low heat for a long time. The result is the meat literally sheds and is heavily flavoured with the smoke from the barbeque. I longed to make this but had no ability to cook the meat over a barbeque for the required 6-8 hours. Pulled Pork, I believed, was best cooked in a restaurant; a home cook would find it difficult. It remained a wish.

Then I bought the new book by Michael Ruhlman an excellent food writer. His book had a fascinating recipe for Pulled Pork which could be made at home. This got my mind working and I dug out a Pulled Pork recipe from Marcus Wareing’s book. It was amazing how similar they were except they approached the cooking from different sides. More on this later. Armed with the recipe we set out to meet Anup Hukumchand at Highland Cold Storage at Dadar to buy our pork shoulder. On looking at the recipe Anup knew exactly what we needed and instructed one of his butchers to work on a shoulder. First he removed the leg and part of the ribs attached to the shoulder. Then he took of the skin. We were left with a 2.4 kg shoulder [also known as Boston Butt in America] with the internal bone still inside. We were now ready to cook the beast.

Early next morning I fired up the Webber and built a strong fire. Then the shoulder went on for 10 minutes each side to sear on the high heat. Then a further 30 minutes each side with the barbeque covered. This results in a much gentler heat and the smoke stays inside adding flavour.

Once the barbequing was done, the shoulder, which was still fairly raw, went into a large Le Creuset Casserole [Dutch Oven]. It was now 9 a.m. I added a half quantity of sauce [recipe follows] covered the pot and put into the oven heated to 110 degrees centigrade, which is really slow. I was rather apprehensive about the minimal quantity of liquid in the pot, but, as it turned out, my fears were unfounded. After 3 ½ hours I took out the pot, at the risk of a hernia, and opened the lid. The meat had released a lot of water. I turned the piece, covered the pot, risked a hernia again, and back it went into the oven for another 3 ½ hours.

I must caution you to not try and make this at home if you have a mother or father living with you. They will be absolutely agonised with the fact the oven will be on for some 7 hours, all that electricity being used would drive them mad.

By 4 p.m. I pulled the pot out. The meat was absolutely beautifully cooked. It offered no resistance at all to a fork. There was no way I could have turned or lifted the meat out of the pot, it just fell apart and shredded. The central bone came out and was discarded. I shredded the meat and tasted it. The sauce had become a bit watery. So I ladled out the liquid and put into a separate pan and reduced it a bit and poured it back in. Now it really tasted delicious. The smoke from the barbeque was strong and persistent, which I am really surprised by.

Never having eaten Pulled Pork I had no idea what it should taste like. In a moment of inspiration, I realised a favourite cousin lives in North Carolina USA one of the barbeque capitals of America asking her family for help. This is what I asked:

“The question I have is how should a North Carolina pulled pork sauce, liquid, liquor taste?

Should it be predominantly sour with some red chilly black pepper and almost no sweet and quite liquid?

Should it be tomatoey sweet sour reddish syrupy?

Should it be equally sweet sour spicy and quite liquid?
If I am totally wrong, what should it be?”

Sid, my cousin’s son, promptly replied logically and knowledgeably. God Bless him. The reproducible parts of his reply are:

“There are two main styles of NC bbq:  eastern and western.  Western is a red sauce, more sweet than sour, more viscous.  My favorite is the eastern style, it is vinegar based a clearish liquid, has red chili flakes in it, has a spicy kick, and is not very viscous at all.”

The rest of his reply shall remain secret, as this is family blog! He is a funny and spunky young man. We had made the Eastern style. The Ruhlman recipe starts with the meat being barbequed and is then cooked in an oven. Wareings recipe differs inasmuch as he wants you to cook the meat in a low flame and thereafter barbeque it. I have my doubts if this would work simply because the meat is just so soft after cooking that handling it is impossible.

Pulled Pork is eaten in a sandwich or in a bun. We thought that `Pao’ would be an appropriate vehicle for the meat. So Pulled Pork with Pao and accompanying Coleslaw. To wash this all down a couple of glasses of cold beer and maybe some cold crisp Gavi white wine. A few moments of fantasy, thinking of a barbeque on a North Carolina porch in the setting sun. Thought, I won’t be drinking iced tea, the traditional drink in America, even in my fantasy! 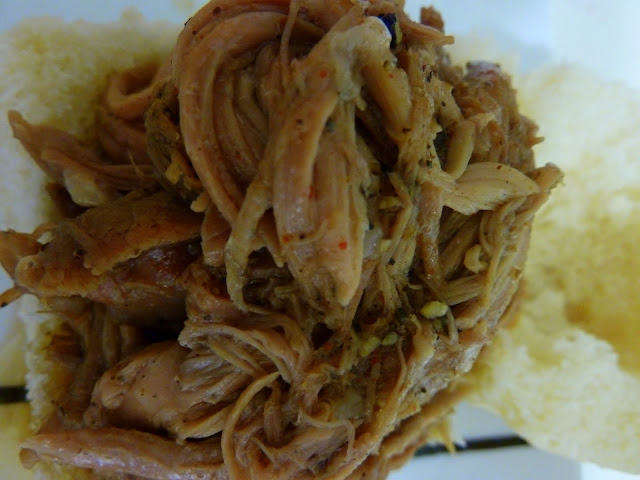 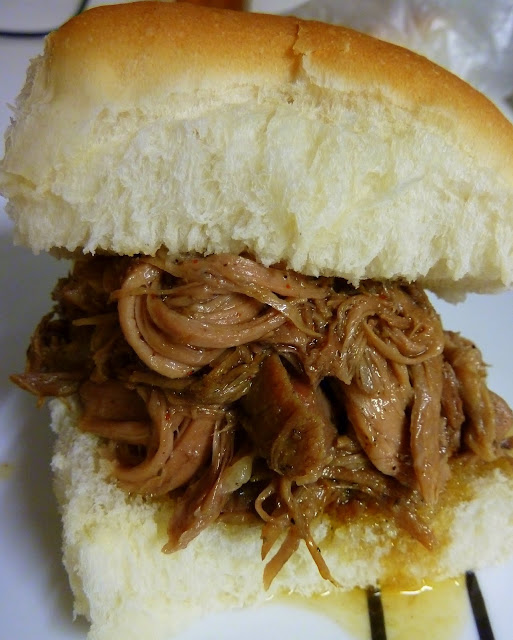 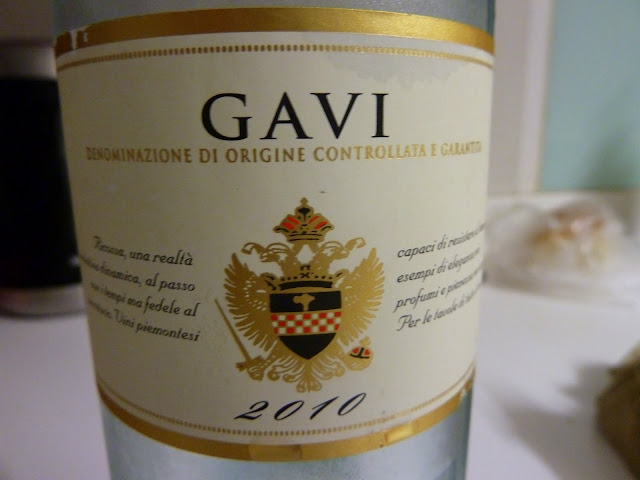 Posted by Stonethrowers Rants at 10:44 PM