Vodka Masala! What next?

I had some bottles of Absolut gifted to me. During the long hot summer, a tall drink of vodka, soda with a dash of Lime and Peychaud bitters was my drink of choice. Having run out of the freebie vodka, I went to Shah Wines to get a bottle of Smirnoff. I paid, it was bagged and I brought it home. One would have thought that buying a bottle of Smirnoff Vodka was a simple enough task. I thought the bag was unusually large and on opening it, I was rather amused to see the contents.

1 bottle Smirnoff Vodka
1 bottle 7Up
1 packet Chaat Masala.
Smirnoff and 7Up I can understand. The Chaat Masala had me foxed. On closer examination the box helpfully has a recipe. See the photographs below and try it at your own risk!
What ever next.
Who ever imagined Chaat Masala with vodka. The Russians must be turning, rather rotating in their graves. 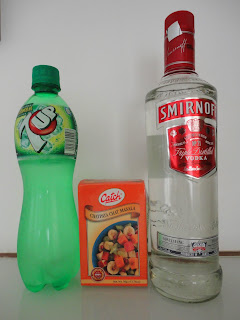 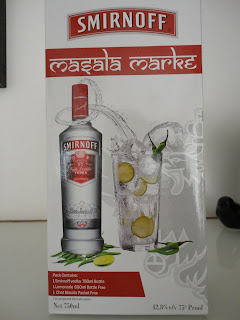 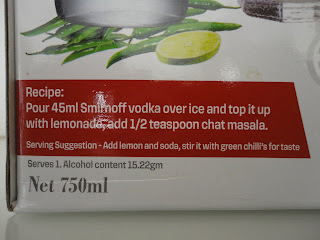 Posted by Stonethrowers Rants at 5:38 PM