This post is to give you some basic information and my random thoughts and observations on our journey to magical Prague. The next post will be on the sights of Prague and the last in the series will be on the food.

We had been to Prague in 2002 just after the floods had devastated a lot of the city. We could not recall very much of what we saw except for the fact that we loved the city and thought it was magical. So, we decided to go again.

From Regensburg we caught a train to Prague. This was a 4 hour journey by a Czech Railway train. It is not a non-stop train, but it’s comfortable and travels fast. To my considerable surprise, when trying to buy the ticket, when using the DB site – i.e. Deutsche Railway the ticket on the same train cost 3 to 4 times more than buying it on the Czech Railway site. So we ended up buying the ticket on the Czech Railway site. The journey was extremely comfortable until the train got to Pilsen, 45 minutes out of Prague. At this station, I thought that every unwashed, smelly and sorry to say shifty looking immigrant with luggage comprising of plastic shopping bags tied with string, wanted to get on the train. I cannot tell you why this happened. Luckily, our compartment was already full so these unwashed hordes walked thru to another cabin. That was not pleasant.

Arriving in Prague we had another challenge. Taxis! Yup taxis in Prague are as unreliable, dishonest and as big bastards as taxis in India. Our hotel was some 800 meters from the station. I checked on Google. We paid Euro 10 for this 3 minute ride. Allegedly, as the driver was at pains to explain to me, that is the minimum fare! Bollocks.

Money in the Czech Republic is another thing you need to deal with. The Czech Republic still uses its own currency – the Crown. You could use Euros but they smash you on an exchange rate. So, you have no option but to change your money when you get in. Here is where it gets interesting. From what I could see, there is no problem setting up a Money Changing Kiosk, putting up the obligatory board with currency exchange rates displayed, keeping a man behind the counter and – get this – an ATM next door in easy sight. So if you are gullible you will pop your card into the ATM to withdraw money thinking it’s a bank ATM only to get ripped off as this is a private ATM. Stay away from them folks. Just go to a real bank and use their ATM. You will get far better rates.

These three factors should not deter you from visiting Prague. Yes, I must admit that getting into Prague and experiencing all this after the totally reliable Germany is distressing. I can only imagine what a German would feel when reaching our Bharat.

Now onto the positives and believe me there are many. Prague is really totally beautiful and magical. It has been called the City with a 1000 Spires. That is true. The buildings are exquisite. Fairy tale like. This must be the most beautiful city we have ever been to. Beats Budapest. The buildings in Budapest are equally staggering but the ones in Prague are better maintained. I can imagine St Petersburg would be as, if not more, gorgeous. 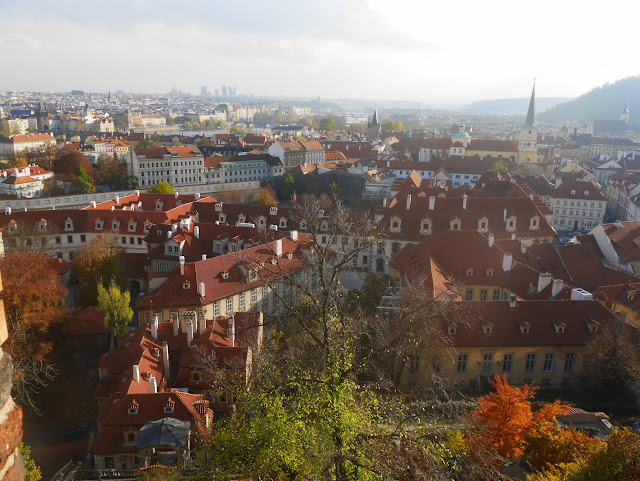 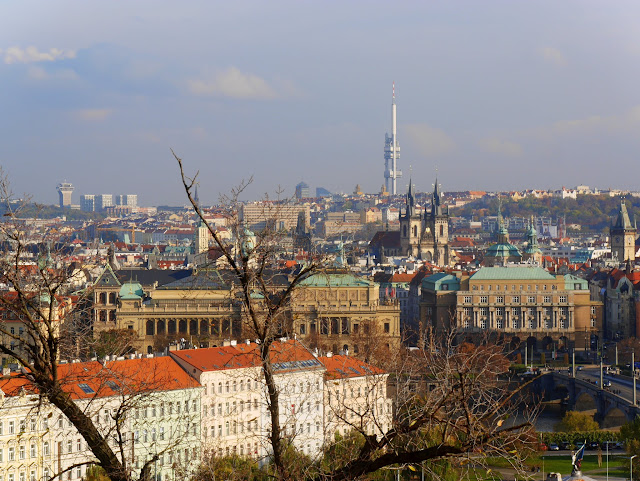 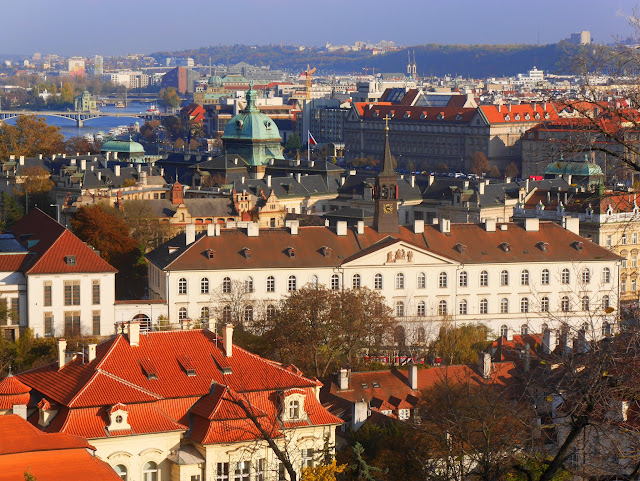 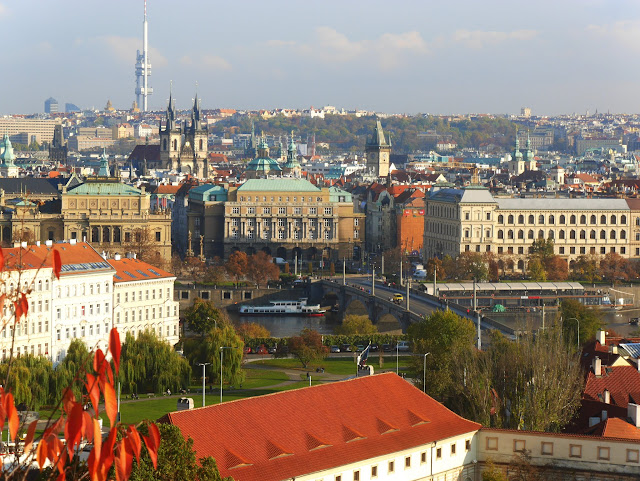 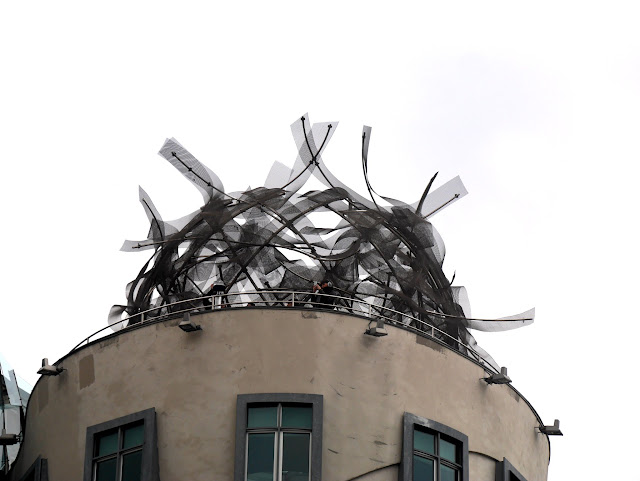 One factor struck us as being truly amazing. The dramatic progress of the country. Czechoslovakia has had a very troubled history. It was part of the Austro Hungarian Empire. Bohemia, Moravia were all parts of historical Czechoslovakia. Germany invaded during WWII and killed thousands upon thousands Jews. In 1945 became a Communist State under the protection of Russia. Then in 1989 there was what was called the Velvet Revolution and Czechoslovakia broke into two. Czech Republic became one country and Slovakia the other. Democratic elections were held and the writer Vaclav Havel became the first Prime Minister. In 2007 the Czech Republic became part of the Schengen States. The Czech Republic is consistently rated as one of the most peaceful countries and rates very high on Human Development. What is astounding is that this has happened in the last 27 years after years of war and Communism. The development of the Czech Republic to a modern thriving vibrant country is remarkable.

Name some world famous Czech models – How about the Eva Herzigova and Petra Nemcova?

Cars? We all drive the Skoda do we not?

See what I mean, the Czech Republic has really hit the fast track.

Often, when walking on the streets in London, HRH The Queen Of Kutch says with a degree of disgust, “I can’t hear anyone speaking English”. Selective hearing is my response. In Prague the similar thing happened. We could hear almost no Czech. It was overwhelmingly “Honey look at those cute glasses” – Americans or “Let’s have a sausage.” – British or what sounded like Russian. In my opinion, in Prague we are in the most tourist infested area. Clearly these three countries have the most tourists in Prague which is why you kept hearing these three languages. Very very few Desis. For some reason which I have no explanation, there were thousands of Thai living and operating massage parlours, restaurants and trinket shops in Prague. Yes, massage parlours!

What is not there to like in Prague? There is a river – the Vltava, there is a beautiful bridge over the river – the Charles Bridge, its got castles – The Castle District, its got very very beautiful buildings, the food is really good and the beer better, a good transport system and a nice place to walk.

These are a few photos of the statues on the Charles Bridge. 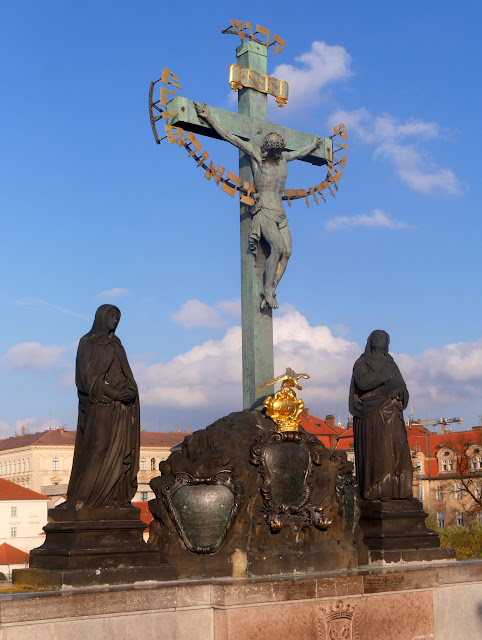 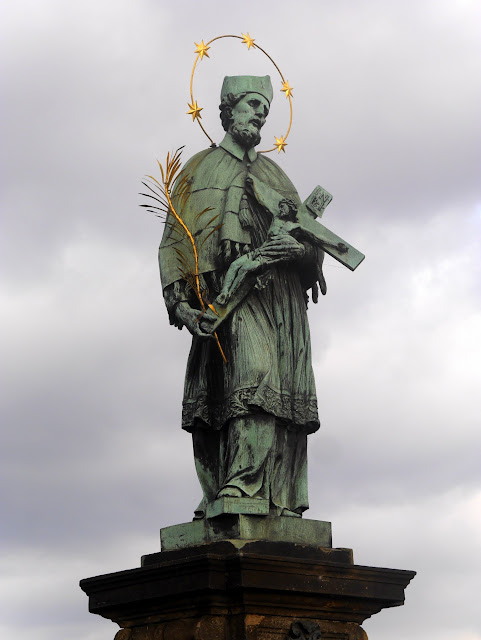 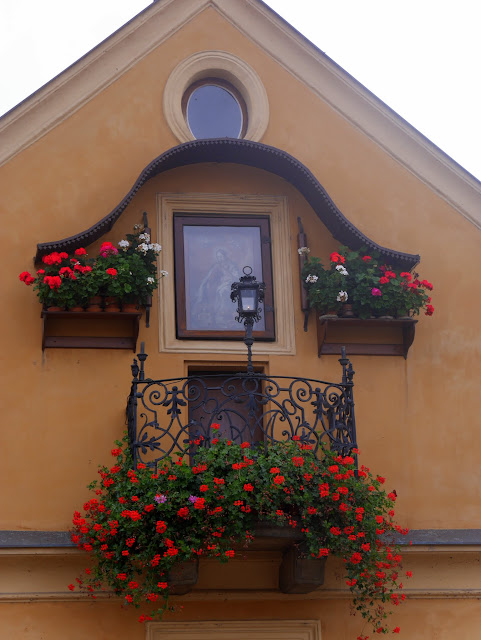 Prague is really and truly beautiful. Building after building is a joy to look at and photograph. It is called the city of a 1000 spires and it is really true.

Give yourself a fabulous holiday. Go to Prague. No ifs no buts. Just go.

Posted by Stonethrowers Rants at 8:32 PM