This post reached the F&B department of ITC Grand Maratha. Mr. FOMO who was rather upset with the evening spoke to the head of F&B at ITC. ITC has promised to refund the money.
--------------


The ITC Grand Maratha has, according to me, Mumbai’s finest restaurants. The Peshawri for North West Frontier cuisine, the Dum Pukth for Avadhi cuisine and Dakshin for South Indian food are at the very top of the tree. Of course, they are pricey, very pricey. Thus, you should visit them for a special occasion.

Occasionally, the ITC has special evenings. We had an excellent Italian & Truffle meal which you can read here. More recently the ITC organised a pop up of Avaratna their hugely successful modern South Indian restaurant from Chennai. You can read about Avaratna here. I have not written about the pop up, but suffice to say it was exceptional and Chef Bangera managed to recreate the difficult dishes and plating in Mumbai.

This weekend of 30th and 31st August, Chef Akshraj Jodha was presenting - I quote from the promotional flyer sent out by ITC - “recipes favoured by the regal dynasties of Rajasthan” with a 9 course meal. This was promising. Enquiries revealed that this would be traditional Rajasthani food, but, plated in a modern style. The non-vegetarian menu was good. 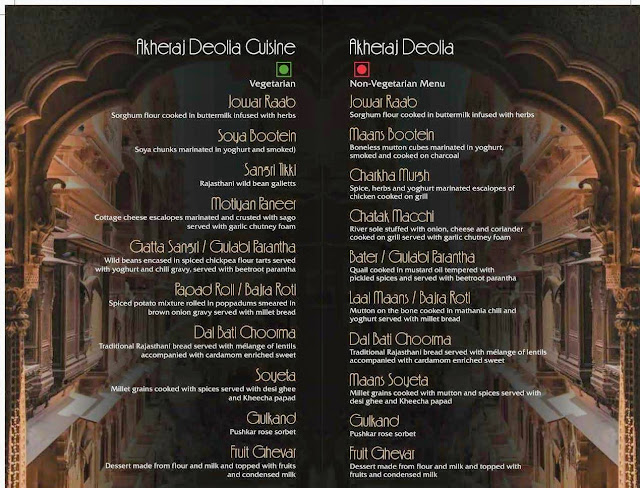 We invited our close friend Mr. and Mrs. Financial Oracle Mo, whom I shall affectionately refer to as FOMO. Unfortunately, Mrs. FOMO actually MO’d as she was playing Head Disciplinarian to her teenage son. It is exam time! It was 3 of us for dinner. 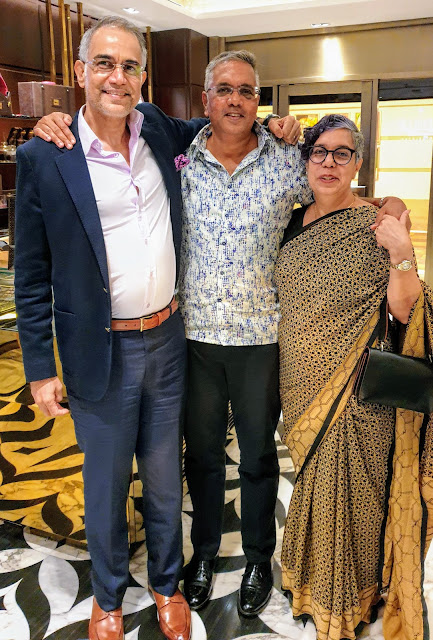 A few pre-prandial cocktails and then it was on to dinner. The dinner was on the 15th level in a room called Prive, which is the sort of lounge dining area for the Club rooms. I must say the room was rather well laid out and the table setting was most attractive and classy. Regal indeed.

Now I have not eaten Rajasthani food since we were in Jodhpur 15 years ago. HRH the Queen of Kutch had last eaten a lot of it when in ITC Khimsar a couple of years ago. We all know the cliched Rajasthani dishes, Lal Maas, Mirchi Bada, Pyaaj Kachori Ker Sangri, Daal Baati Choorma and so on. You really don’t get Rajasthani food in Mumbai. We were looking forward to this.

Alas, barring a couple of dishes the meal was rather poor by any standard. Many reasons for this which I shall get to. The food was plated well, the crockery itself was well chosen. But unfortunately, the proteins were overcooked, the seasoning was off and in the continual use of red/brown gravy all made with yogurt was simply boring, very boring and same tasting. It seemed like every dish was made with Dahi Kadhi. Frankly, the food was inadequately conceptualised and thought thru. Much much more R&D had to have been done.

I know I am being critical. The words of Chef Tarrantino ring in my years when I write this. He says every Chef works hard, 12 15 hours a day. Is it fair to criticise him? He is doing his best. I totally agree. The question therefore is, who is at fault if the food is not up to standard at a pop up? Is it the Chef? Is it the managers who allowed the pop up? Is it me for believing superlative food is always possible? Are my standards to high? I leave it for you dear readers to draw your conclusions.

Have a look at the food. I am reproducing the menu verbatim. The mistakes are not mine. Some menu descriptions are inaccurate, but it seems like neither did the Chef care nor the management! 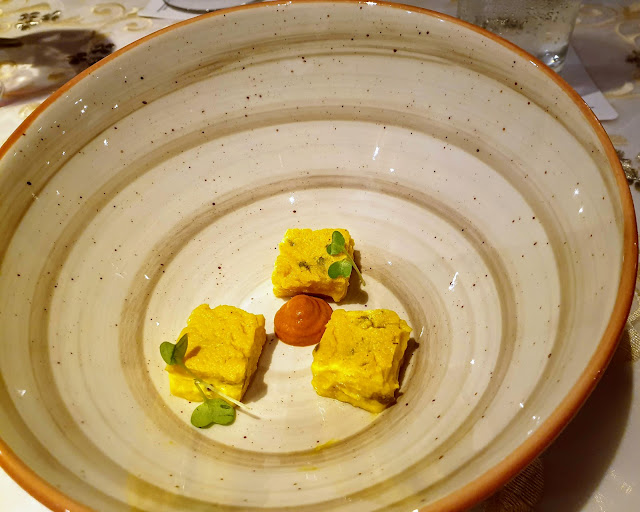 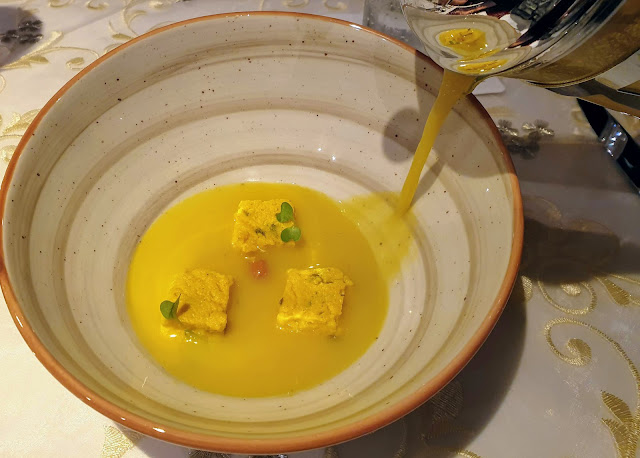 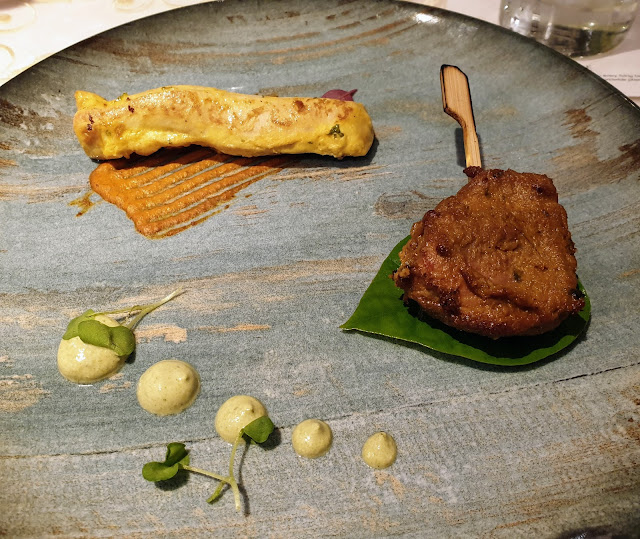 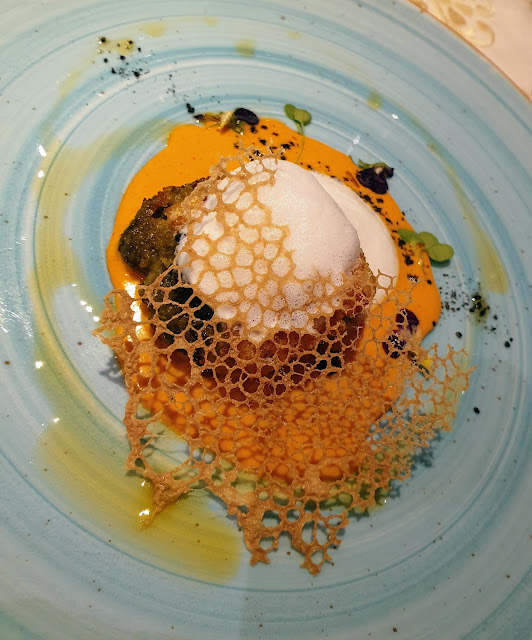 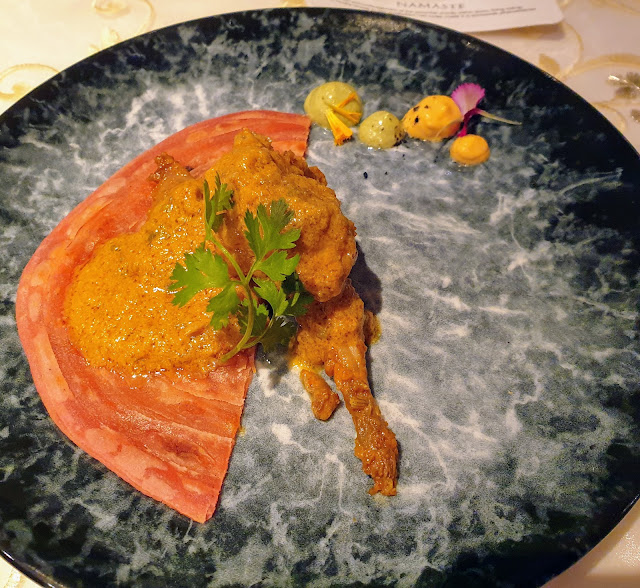 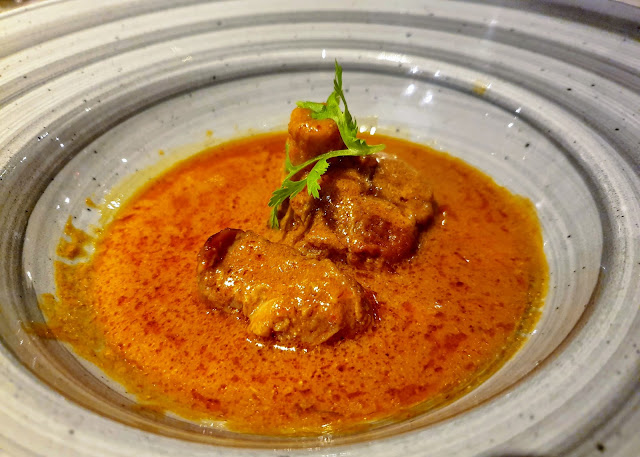 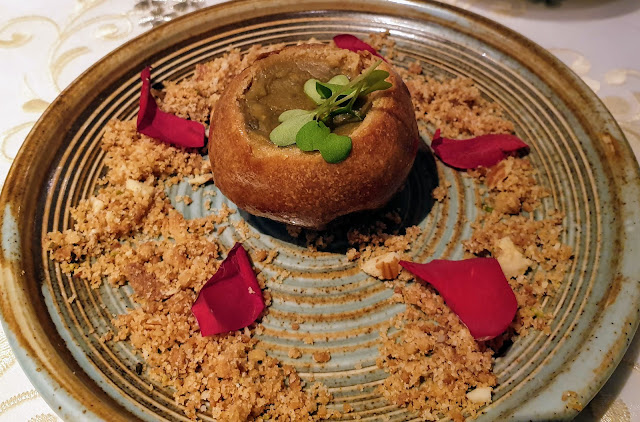 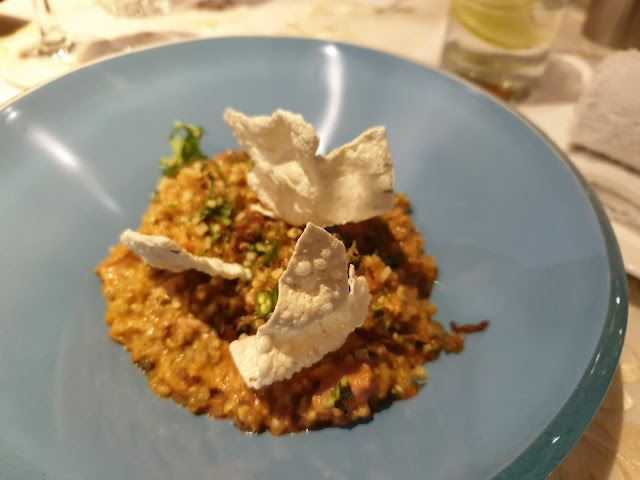 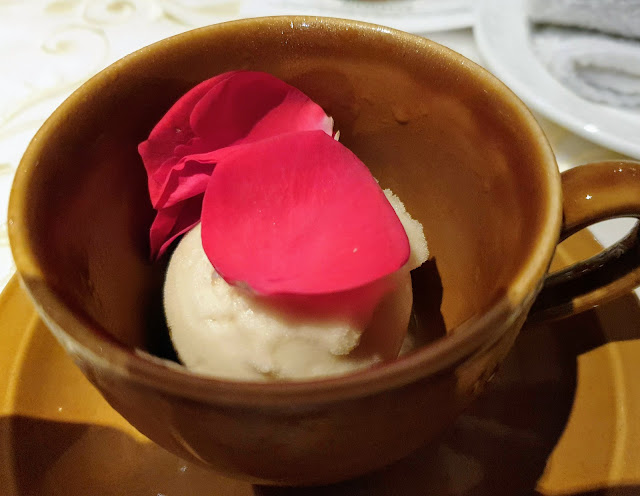 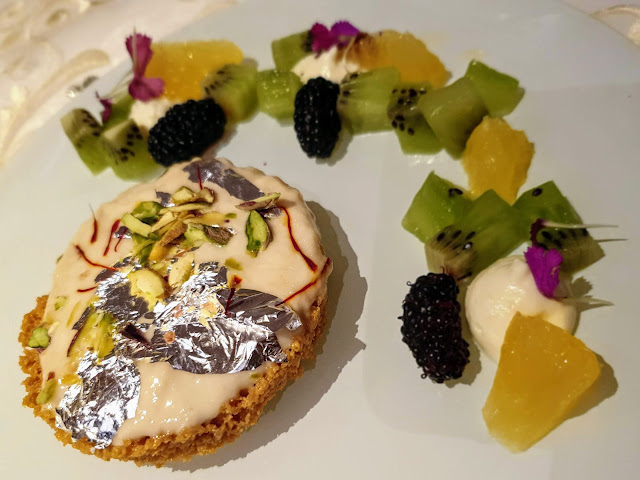 On the positive, the Jowar Raab was good. The Laal Maas was for all of us the dish of the evening with the Maans Soyeta coming a close second. The rest of the food had real problems.

Lets us get one thing straight. The food served was peasant food, rustic. Absolutely nothing wrong with that. The food was not Haute Cuisine. By plating it differently or attractively in smaller portions does not make it Haute Cuisine by any stretch of the imagination. As I have written earlier, much much more R&D, homework, experimentation, development – call it what you like - is required to elevate the food to Haute Cuisine. This was sorely missing. As FOMO said to me, it was more a dilletante's improvisation rather than a solid chef putting out and showcasing a memorable meal.

There was noting "Royal" either in conceptualisation or execution. As I have said this is rustic food.  If "Royal" the food should have been lavish, rich and sumptious.

The second problem was that the Mutton in the Maans Bootein, the Fish in the Chatak Macchi and the Japanese Quail [Bater] were all very overcooked. The Bater [Japanese Quail] is a game bird and should be cooked pink. No such luck. Honestly, this is a problem we have in India. We overcook proteins, boil them to death in curries.

The Gulkand Sorbet was ice. The beautiful texture of a Sorbet missing.

The Fruit Ghevar was a horror. First the menu mis-describes the dish stating “topped with fruits and condensed milk” The fruits were on the side. This dish was nothing but a one-dimensional sugar bomb very similar to the equally sugary sweet Shahi Tukda, which I am sure you are familiar with. I honestly ask, can you a 50 something year old person actually eat a portion of this dessert? Your child could, but you?

Then there was the problem of simply bad food. The Daal Bati Choorma – do read the incomplete menu description – was uneatable. The Baati was like eating cardboard, or Styrofoam or saw dust. No, I have not eaten either, but I am sure you know what I am writing. The quantity of Daal was inadequate, unseasoned and could not redeem the bone dry Baati. The Choorma was something strange. Why was this served? I have no idea. I am not a chef, but the first thought that comes to me was to have made marble sized Baati and serve them along with a tasty Daal in larger quantities. Probably use the Choorma as a border to hold in the Daal. This was the worst dish of the night along with the Gulkand Sorbet

Now cast your eye over the menu once again. Remember what I wrote – Dahi Kadhi! Every dish except the Maas Soyeta and the Daal Bati Choorma has yogurt, or milk i.e. dairy. That is 7 out of 9 dishes. Boring folks. Yes yes I know that Rajasthani cuisine uses a lot of yogurt. I also know that at home, no Rajasthani worth his salt would ever have a 9-course meal with 7 courses using milk. Surely no where in the world, much less in a "Royal Court", would you have 9 courses in a banquet with 7 courses incorporating the same ingredient i.e. milk/yogurt? In a "Royal Court" the King would have had you either sacked or, beheaded!

It is surprising how such a poorly thought thru menu was presented. Everyone seems to have been asleep at the wheel. The sheer carelessness of even the description in the menu are a clear indication that something was fundamentally wrong with this pop up.

I do hope ITC pulls up its socks. Not worth the Rs 6000/- per head that we paid. We would love to have our money back. ITC prides itself on Indian Cuisine. It has built the hotel brand around it. This is a serious blip.

Posted by Stonethrowers Rants at 3:46 PM