I have always been a sucker for historical fiction. Being an avid reader, I have over the years have devoured the magical Far Pavilions, Train to Pakistan, Shogun, Roots, The English Patient, Girl with a Pearl Earring, Baburnama, Conn Iggulden’s gritty Khan series that traces the rise of Chengis Khan and his brutal legacy, the brilliant Amitav Ghosh Ibis trilogy, all of Anchee Min’s books, especially her Empress Orchid series with her sensitive portrayal of Empress Tsu Hsi (Cixi), and more recently George Saunder’s Lincoln in the Bardo. There are many books and authors I haven’t mentioned here, but you get the gist. So, if you are ever in need for historical fiction recommendations, you know whom to ask

Besides transporting me to another time and place, these books have also added so much joy and depth to my real-life travels. In China, I trekked the Great Wall imagining the time it was built to ward off the mighty Khan and later, wandered through the Summer Palace picturing Empress Cixi walking through the gardens during her short retirement. In Istanbul I examined the kitchens built during the Ottoman Empire and conjured up the armies that needed to be fed.

But more then all these, it is British historical fiction that has most captured my imagination. From CJ Samson’s historical crime fiction to Philippa Gregory especially with her outstanding Plantagenet and Tudor novels and Hilary Mantel with her award-winning Wolf Hall and Bring up the Bodies. The more I read, the more I want to visit the places in these books so I could shut my eyes and imagine the lives, intrigues, wars and romances that were so vividly captured in these books. And of all British history, it is the Tudors that fascinated me most, especially the famous Henry VIII and his six wives.

So, I was more than pleasantly surprised when the Gourmet Lawyer suggested we take a day trip to Hampton Court Palace. I had read all the books, devoured the mini TV series Wolf Hall, was transfixed by the 4 seasons of the TV series The Tudors which is now on Netflix. I couldn’t wait to see the grand residence of Cardinal Thomas Wolsey which he built in the image of the Versailles Palace and eventually gave as a gift to Henry VIII after he fell out of Royal favour for being unable to get the besotted King out of a troublesome marriage. 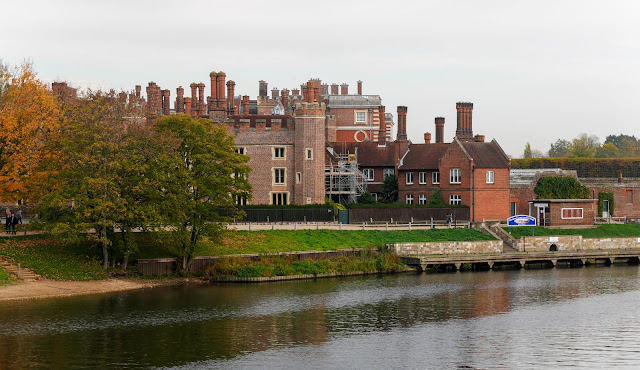 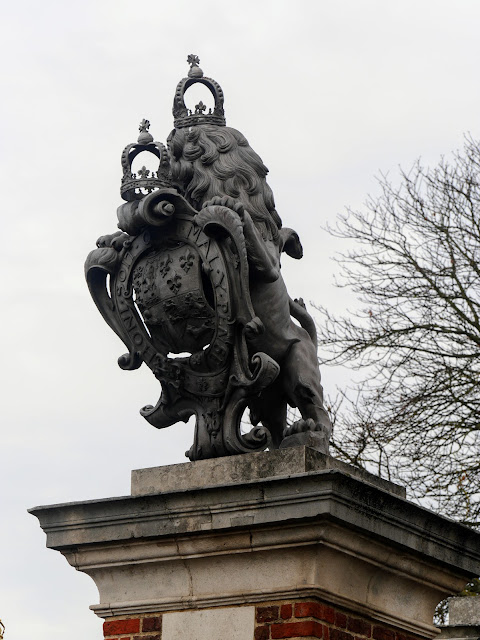 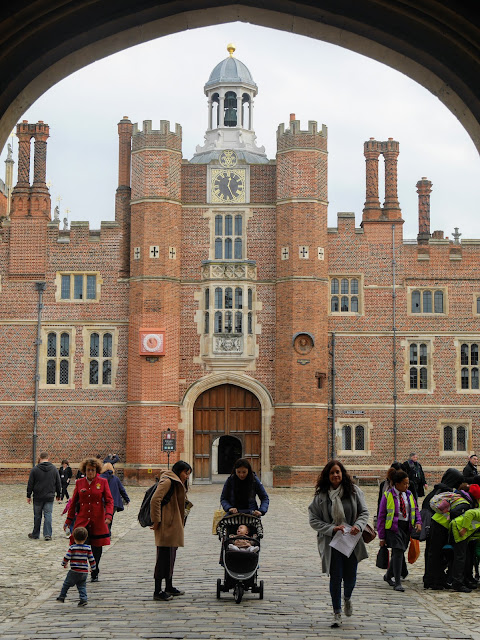 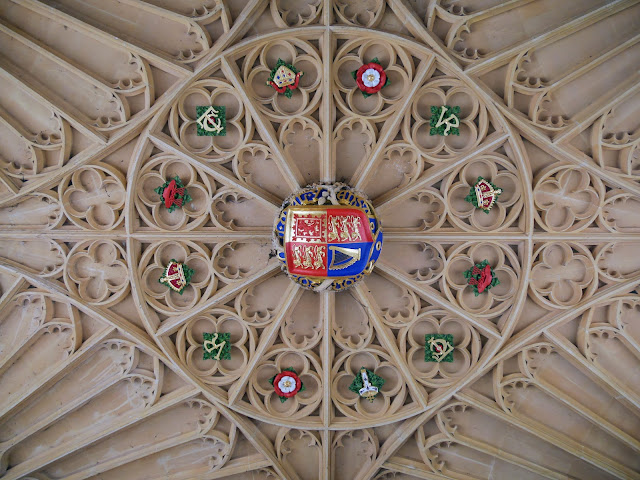 The recommended way to get from London to Hampton Court and back is by boat from Westminster. It is the way The Royals would have travelled in the days of yore. It is the journey Queen Anne Boleyn took to the Tower of London where she was imprisoned and later beheaded. So many books have captured that barge trip. But for us, it was not to be. On further investigation we found that the boat ride from Westminster to Hampton Court takes 4 hours one way. That was really too long. I imagine it would have taken far far longer for Queen Anne to sail to the site of her beheading!

The other option was a train from Waterloo which covered the distance in a mere 30 minutes. Much better idea though far less romantic. All the way as the train wheels clacked, in my head was the eerie mnemonic “Divorced, beheaded, died; divorced, beheaded, survived”

The Palace is a short 5-minute walk from Hampton Court station. So, this really was a very convenient option. Even as we approached the Palace, we were amazed at the grandeur and sheer size of the structure. It is a magnificent structure set in the midst of vast, well maintained grounds and parks.

There were very few tourists about the day we went so we were able to get many lovely pictures and walk around without jostling against crowds. Docents dressed in period costumes re-enact life in the palace hundreds of years ago and are without fail friendly and happy to help and answer questions. While buying our entrance we were told there was a guided tour of the great hall and Henry VIII’s private apartments starting in an hour if we were interested. Of course, we were, so we set off for a brief walk around before joining the tour. 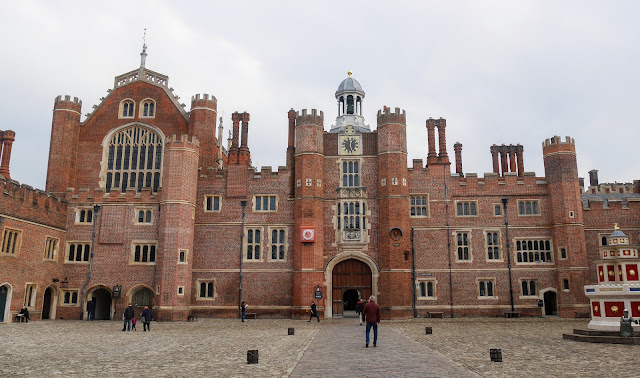 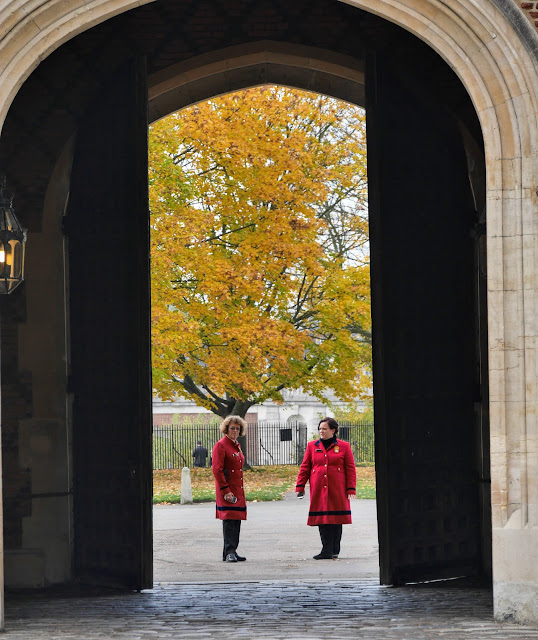 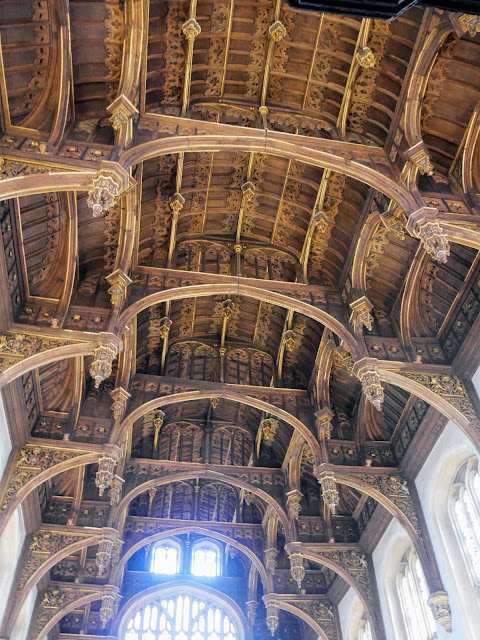 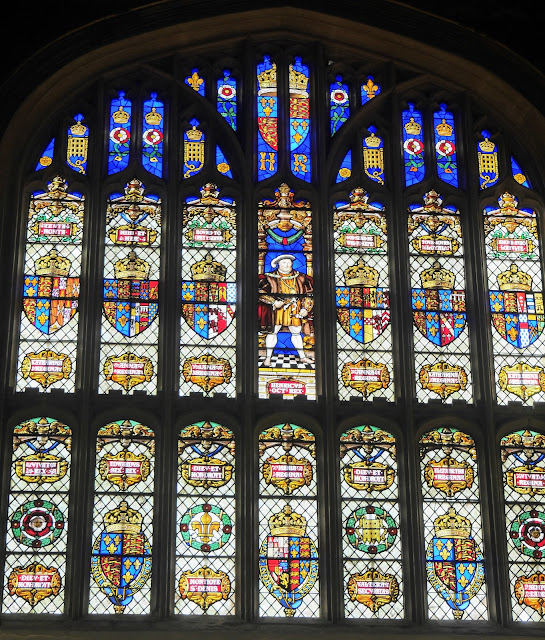 One of the first things that caught our eye was the was the gorgeous Hampton Court astronomical clock, an early example of a pre- Copernican astronomical clock. Still functioning, the clock shows the time of day, the phases of the moon, the month, the quarter of the year, the date, the sun and star sign, and high tide at London Bridge. The latter information was of great importance to those visiting this Thames-side palace from London, as the preferred method of transport at the time was by barge, and at low water London Bridge created dangerous rapids. 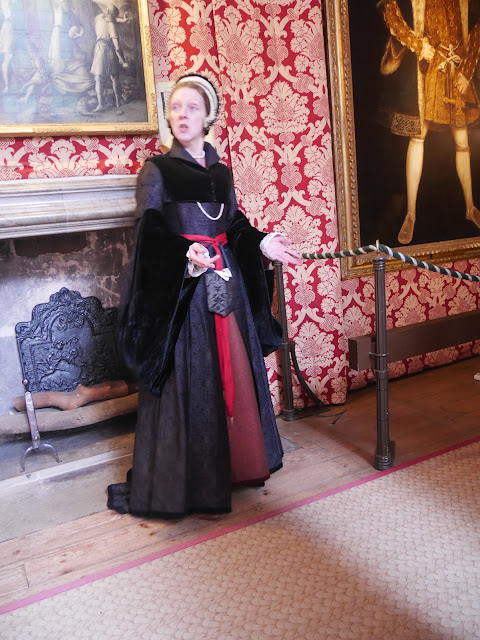 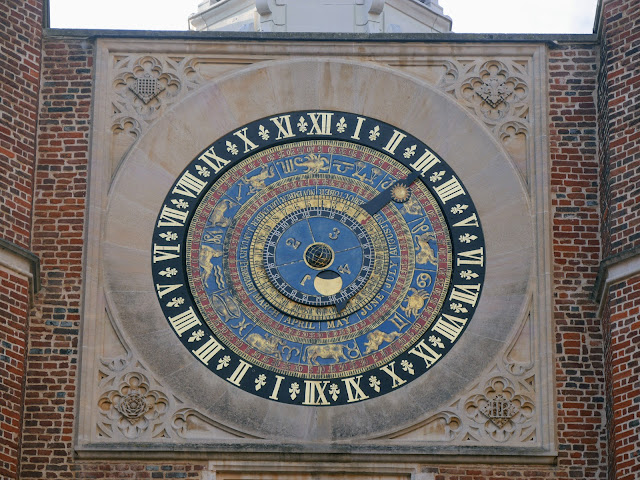 The guided tour was charmingly conducted by a man and woman playing the part of members of Henry VIII’s royal household. It was entertaining, engaging, informative and utterly charming. Why oh why can’t we learn something about how to do tourism in India???

The Palace is very well maintained. A lot of excavation and restoration work is ongoing and every effort is made to transport the visitor to another age. Do see the pictures.

The highlight for us were the vast medieval kitchens which fed over 1000 people every day. Today, professional chefs are in the kitchens every day to show visitors how to recreate recipes and cooking techniques from the 1500’s. 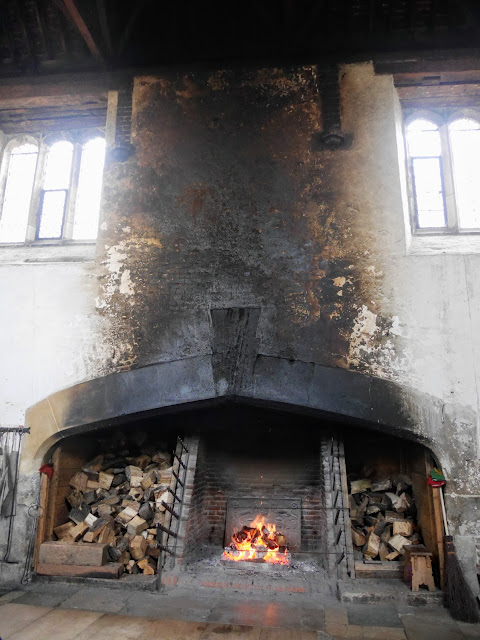 Hampton Court Palace is known for its vast grounds, the famous hedge maze and the King Henry’s tennis courts. The courts are still in use and there was a match on when we went! 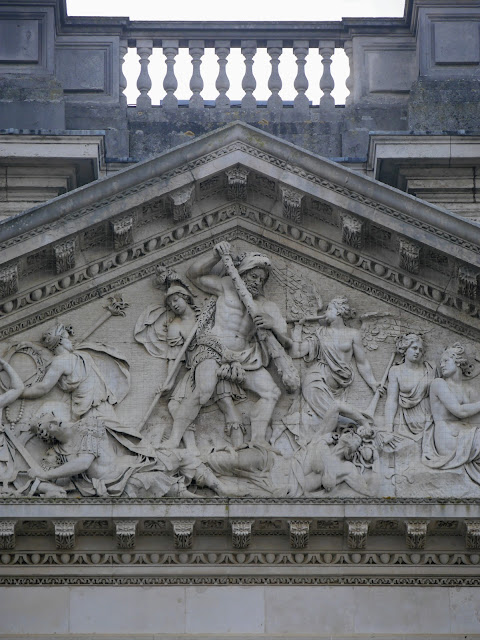 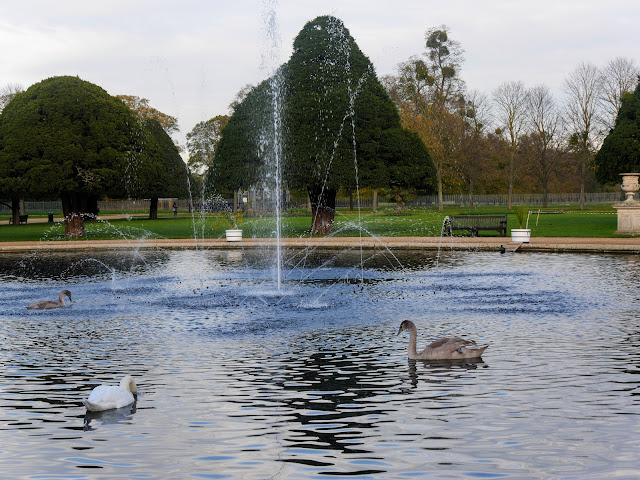 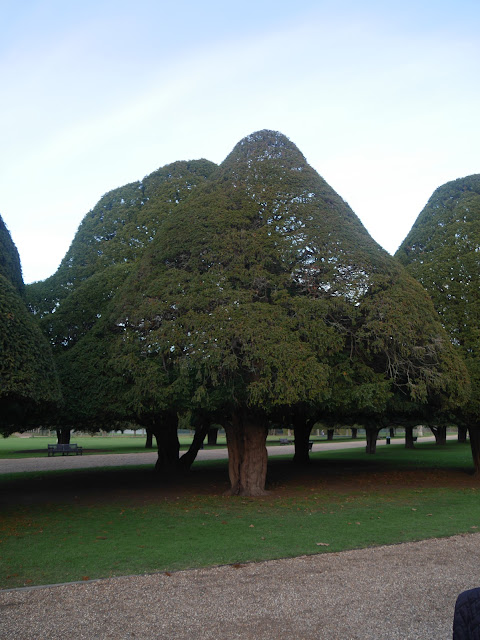 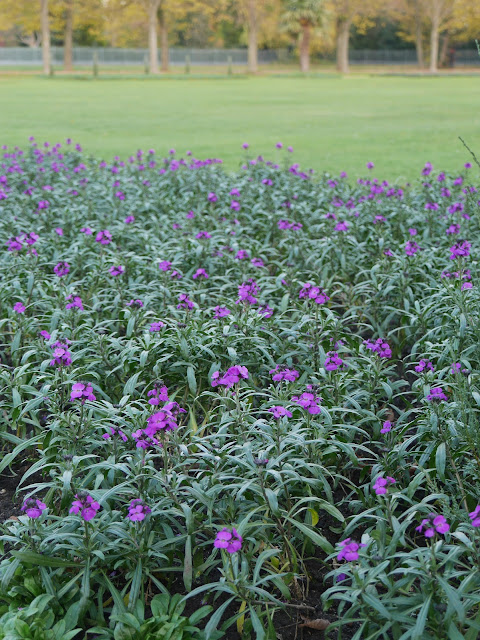 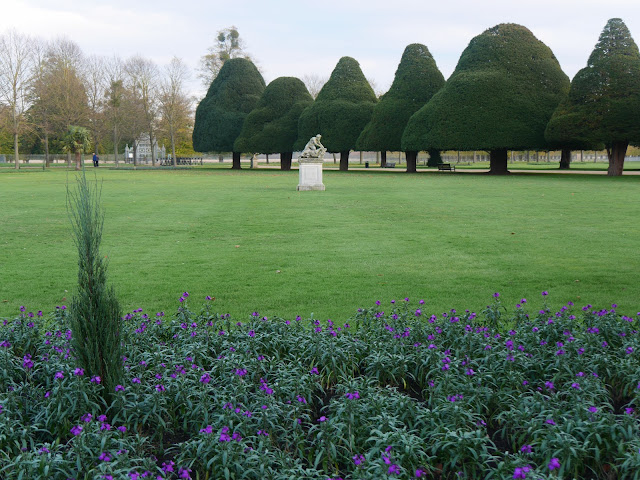 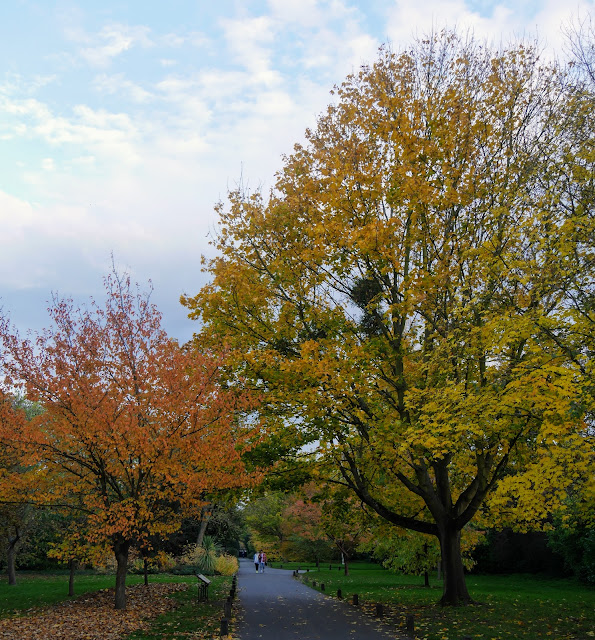 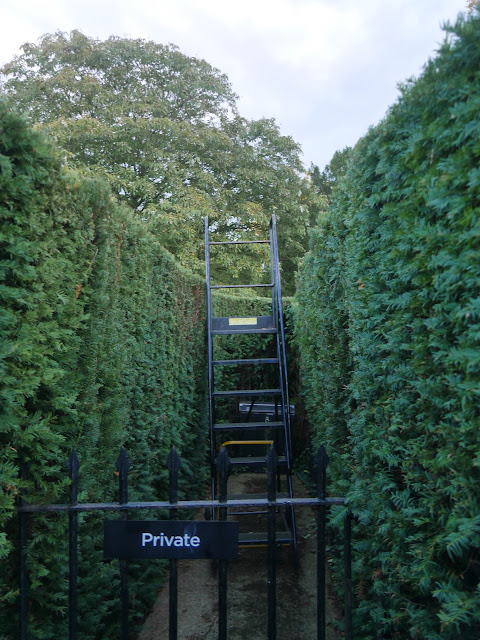 Above: Inside the Maze. In case people really get lost, health and safety mandates the ladder from where they can see you and guide you out. 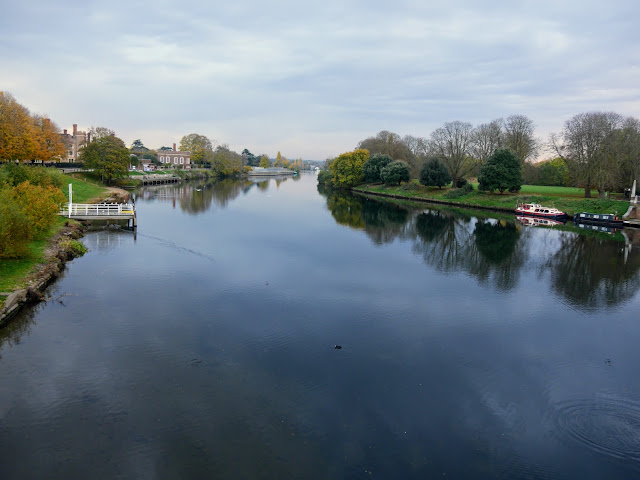 All in all, a great day and a wonderful bringing to life of the many Tudor books I have read.

Posted by Stonethrowers Rants at 6:58 PM