Toto’s at Pali Naka Bandra is the bar we visit most often. Why? Because familiarity breeds content. Sorry. 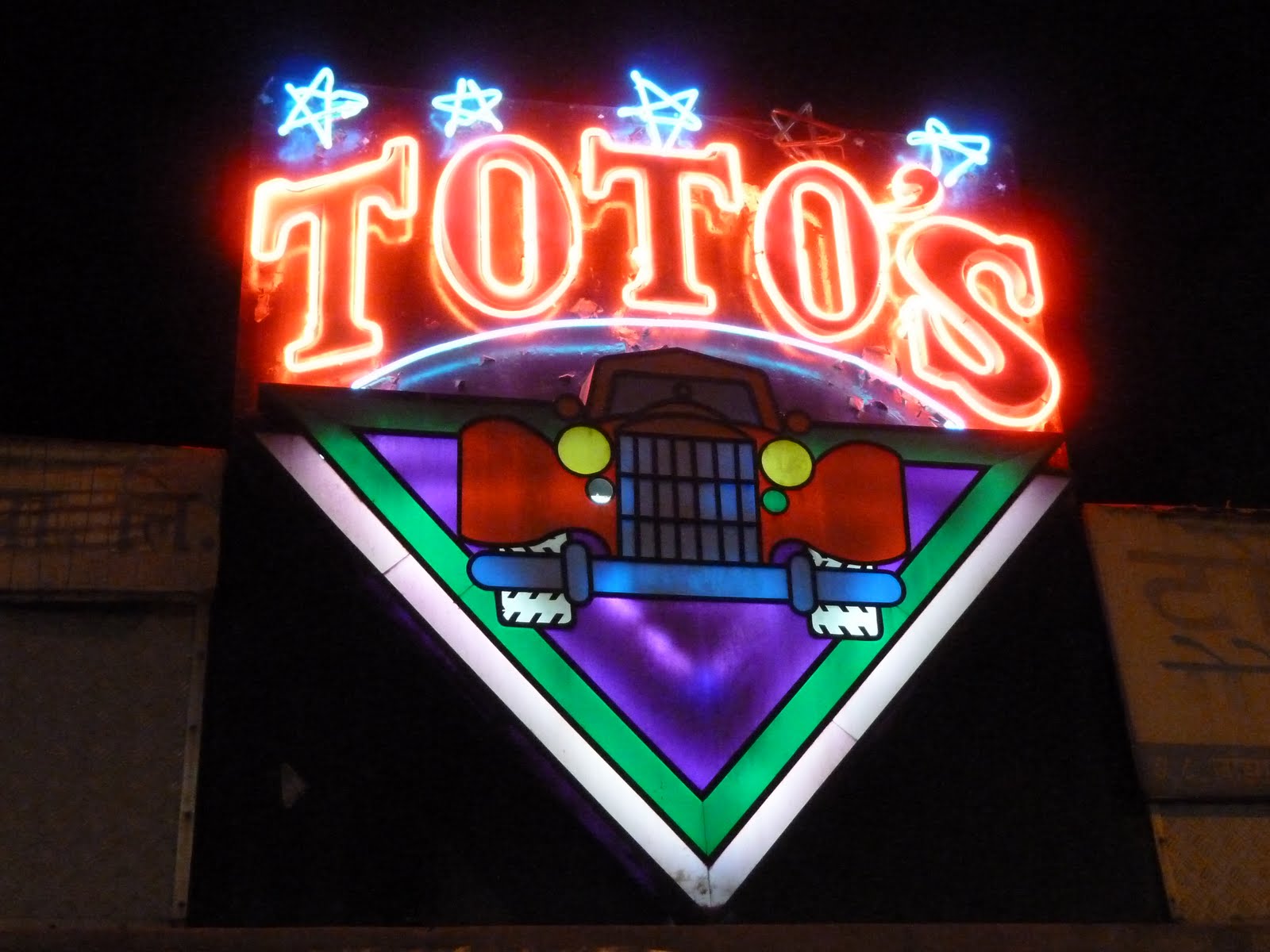 For those who may not know, Toto’s has been in existence since 1992 and along with Ghetto is probably the longest running bar outside a 5 star hotel in Mumbai. It has not changed. The music is generally the same [retro Western Rock – never absolutely never any Bollywood]. The crowd is older, local – either working or living in the area – the booze is cheap by Mumbai bar standards, the alcohol is never cut and the food is good. Girls are safe and the staff is generally unchanged.

Ladies were always welcome and single women can be seen on most nights, the usual Mumbai working girls probably living in PG digs or a small flat nearby, enjoying the music, reading a book and having a quiet drink. No one hassled them and they felt safe.

Now, in an abrupt change in the entry policy, single women are not permitted to enter unless they are known faces. On hearing this from Laju Bhatia the owner [yes he is the guy who is always in shades] both HRH The Queen of Kutch and myself were shocked. The reason for this dramatic shift is frankly mind boggling. It makes me wonder why Indians as a nation are granted any privileges [such as the privilege of a lady enjoying a quiet drink alone] when every privilege is abused, twisted, jugaaded and otherwise fucked up in ways you cannot imagine.

This is a fascinating story. Do read on.

No. It is not a story of the girl being a prostitute or a drug dealer. As I said, read on.

The girl in question came in alone and sat at the counter. She had two mobile phones with her. She had two Jack Daniels to drink. Bhatia presumes she had a drink or three elsewhere before coming to Toto’s. The reason for the presumption will become apparent. Girl then went to the toilet and returned to her spot and said that her mobile phone was missing; she accused the waiters of having stolen it. Once the fracas started, the Manager intervened and asked the people around her if they had the phone. Obvious answer – no.

So the girl picks up her other phone and makes several attempts to call the police. All the while she is yelling that (i) India is a fucked up country or words to that effect (ii) Indians are thieves (iii) Mumbai is a city of thieves and so on and so forth. All thru this she is attempting unsuccessfully to call the police.

After a few minutes of this continuing, the Manager steps in and he calls the police who promptly turn up. Stories are told, accusations are made, blame is sought to be apportioned, and finally, the cops say fine, please come to the police station to register an FIR.

At this point the girl says – this is India I will be molested at the police station I am not moving unless there are lady police. So lady police are summoned. None available. More drama. Finally the Manager, the lady and the cops went to the Khar Police Station and a FIR was filed. It was 3 am by the time this got over.

The next day in the cold harsh light of morning, Bhatia and staff ran the CCTV tapes. By this time the girl started telephoning Toto’s and saying that she was calling her lost mobile and she was getting a ringing tone. So could the staff check in the ladies toilet. The CCTV footage show that the girl had put a mobile phone into the hip pocket of her jeans and gone to the toilet. Finally, the cleaner found that the phone was lodged inside the water in the toilet bowl. The girls claim that she was getting a ringing tone was obviously a fib as if the instrument was submerged there was no way it would have been working. Anyway, the phone instrument was retrieved, the police called again and the phone handed over to them. Folks, please no toilet humour! Yes the same thoughts crossed my mind as are crossing yours!!

Girl now tells the cops that since the phone is now retrieved and with them, they should return it to her. Our worthy cops now have the upper hand and tell girl that since she insisted that an FIR be lodged, which was done, girl would have to make an application to the Court to have the stolen property returned.

You may ask what does this have to do with single girls and the entry policy. Very simple. If a single girl gets pissed and has to be evicted how does one do this when your staff is all male? You could have a huge problem. Single boys can be evicted, simply throw them out, a mixed group can be evicted, multiple girls can be evicted (because presumably some of the group would see sense), but how do you evict a single irate and presumably drunk girl without laying a hand on her?

Posted by Stonethrowers Rants at 5:27 PM

Email ThisBlogThis!Share to TwitterShare to FacebookShare to Pinterest
Labels: Eat In, Rants