Our friend the Doctor Businesswoman from London was going to be in India for work. We had spoken glowingly of the wonders of Amritsar. So, a plan was made that we all go and visit Amritsar. This was to be our third visit to Amritsar in 4 years.

Of course you can read about the food and the Golden Temple in other posts.

This post is about the tragedy and the continuing tragedy of Jallianwala Bagh.

We had not visited Jallianwala Bagh on our previous visits. 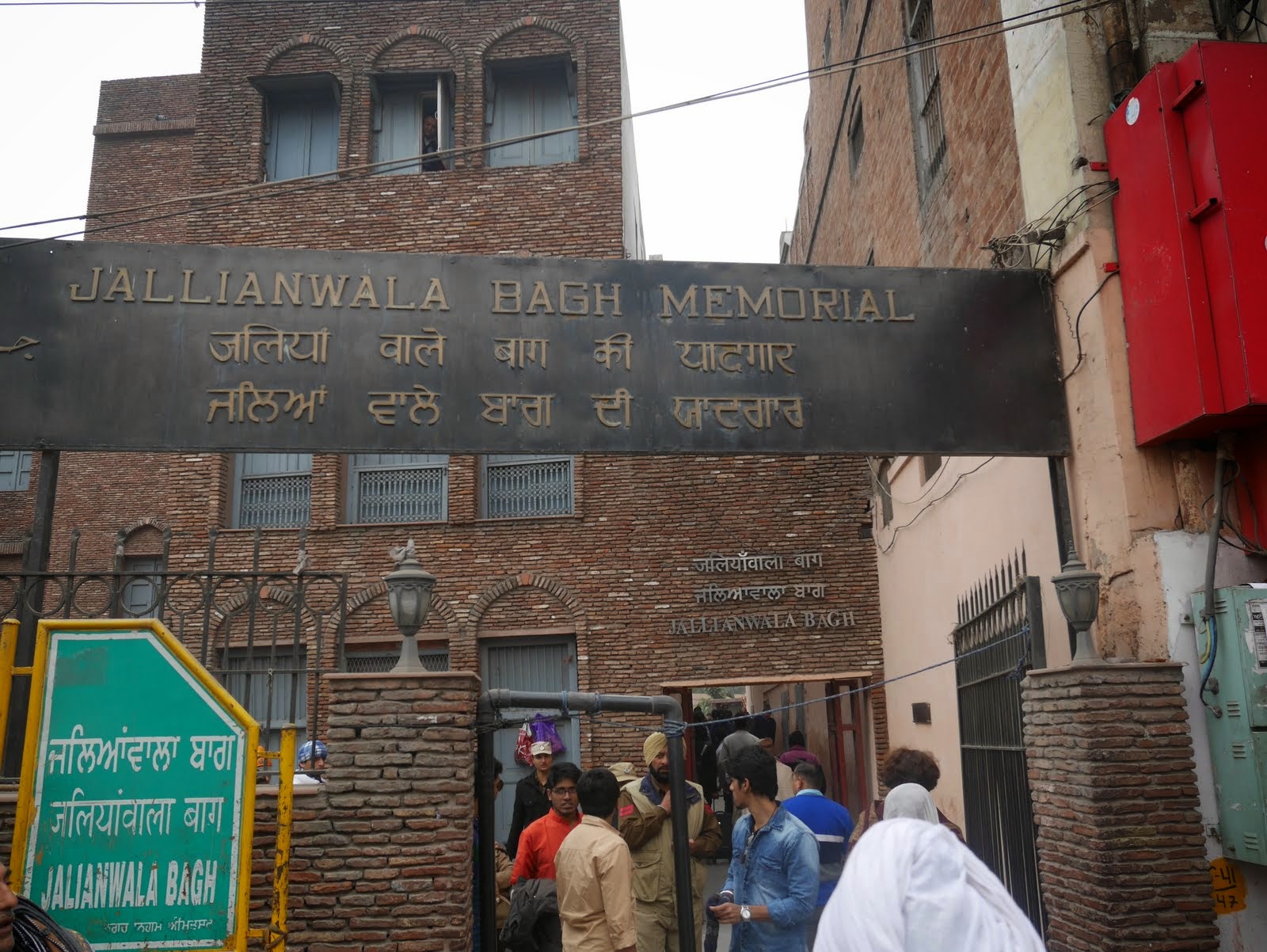 Of course you know about the horror and slaughter that unfolded at Jallianwala Bagh. Jallianwala Bagh is a large 7 acre public garden enclosed on all sides by walls, very close to the Golden Temple. There are 4 very narrow passages providing entry into the garden. These are the only way to enter and exit the garden. The garden has a well inside. 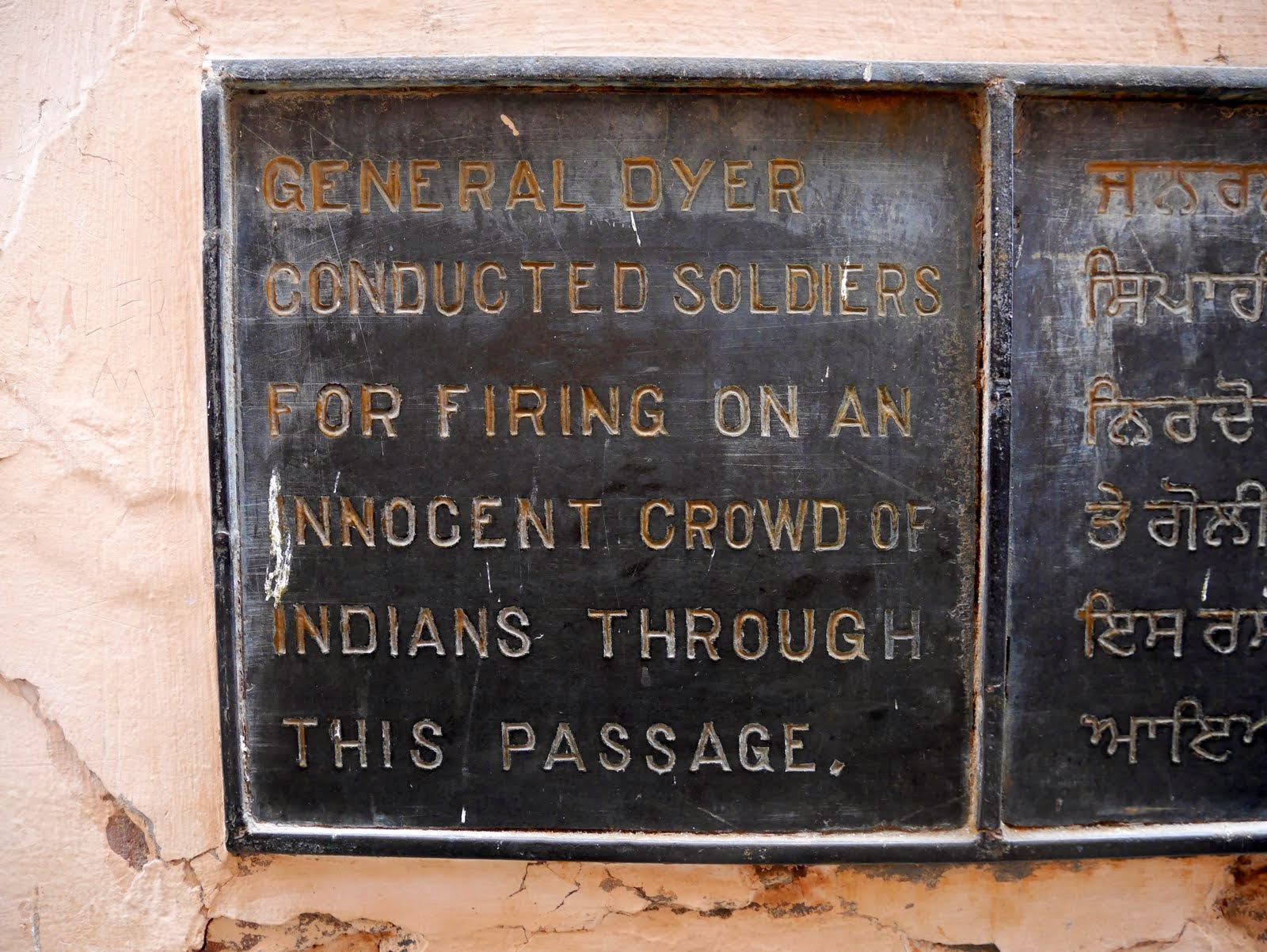 On 13th April 1919 it was Baisakhi. Baisakhi has great religious significance for the Sikhs. Not only is it the day of the Harvest festival, but, it is the day that the 10th Guru of the Sikhs, Guru Gobind Singh laid down the foundation of the Khalsa. It is the day of celebration for those accepting the five Ks of Sikhism - Keski (cloth to cover hair), a Kangha (small wooden comb), a Kara (steel or iron bracelet), a Kaccha (undergarment) and a Kirpan (short dagger).

A crowd had gathered at Jallianwala Bagh to protest against the arrest of two leaders. Remember this was the time when India was a British Dominion. There was a curfew imposed in Amritsar that day but this fact was not well known. So, technically the crowd was in breach of the curfew. Brigadier-General Reginald Dyer had stationed his men at the entrance to the garden. The other entrances were blocked. Without any provocation General Dyer ordered the army to fire on the crowd for ten minutes, directing their bullets largely towards the few open gates through which people were trying to run out. The figures released by the British government were 370 dead and 1200 wounded.

This event was one that shook India as one of unspeakable brutality and cruelty. Many historians believe that this one event galvanised the freedom movement. This gives you some idea of how important this was. Naturally, Jallianwala Bagh is a place that has a tragic history. A trust was founded in 1920 to build a memorial at the site after a resolution was passed by the Indian National Congress. In 1923, the trust purchased land for the project i.e. nationalised Jallianwala Bagh. A memorial, designed by American architect Benjamin Polk, was built on the site and inaugurated by President of India Rajendra Prasad on 13 April 1961, in the presence of Jawaharlal Nehru and other leaders. A flame was later added to the site.

The bullet marks remain on the walls and adjoining buildings to this day. The well into which many people jumped and drowned attempting to save themselves from the bullets is also a protected monument inside the park.

So great was this tragedy that despite the passage of almost 100 years India has repeatedly asked the British for apologies, and, the British have made several attempts to actually apologise for this. Of course they have never done so. General Dyer was severely censured for his actions. On 14 October 1997, Queen Elizabeth II visited Jallianwala Bagh and paid her respects with a 30‑second moment of silence. During the visit, she wore a dress of a colour described as pink apricot or saffron, which was of religious significance to the Sikhs. She removed her shoes while visiting the monument and laid a wreath at the monument. In February 2013 David Cameron the British Prime Minister visited the Jallianwala Bagh and made a statement stating that the massacre was a "deeply shameful event" in British history but stopped short of a full apology.

All this shows that Jallianwala Bagh massacre is still of great significance.

With this sombre, gloomy and depressing history in the back of our minds and having regard to the diplomatic importance given to the garden we thought that we would be visiting something that would stun us.

Stun us it did, the only problem was that Jallianwala Bagh had been reduced to a national shame, a farce and place of zero importance to the hordes visiting it. All of us were truly shocked. All of us were disgusted. These are times when I question what is the real impact of the cliché `India Story’. The India Story has empowered our masses in ways hitherto unimaginable. They have mobile phones, mobile phones have cameras. People wear the most fashionable clothes, sport the trendiest accessories like sun shades and wear the newest sneakers. But, do they have the slightest idea of good behaviour, decorum and sense of decency? No they do not. The whole of Jallianwala Bagh was full of louts taking selfies and other behaving like they were out on a picnic. And what a shame that was.

Fine, you may say that my idea of behaviour is not the same as theirs. I am willing to grant you that. But what about the Jallianwala Bagh itself, the Monument and the environs. Tragic, shambles and disaster are the words that I can use to describe Jallianwala Bagh. There is no idea of conservation; there is no concept of sanctity of the history, nothing, absolutely nothing.

In the centre of Jallianwala Bagh is the Memorial. Surrounding the Memorial is a water body. The tragedy was that there was no water in the water body. Is there a shortage of water in Amritsar? Obviously not. Barely 300 meters away is the Golden Temple with its Amrit Sarovar or pool of Holy Water. Just outside the main entrance to the Golden Temple is a water fountain that was in full flow. But, in Jallianwala Bagh the fountains were dry. Obviously no one cares. Who knows, the pump was not working, pipes corroded, PWD asking for tenders for repairs? I have no clue. The flame that was added was not burning. Is that itself not an insult? 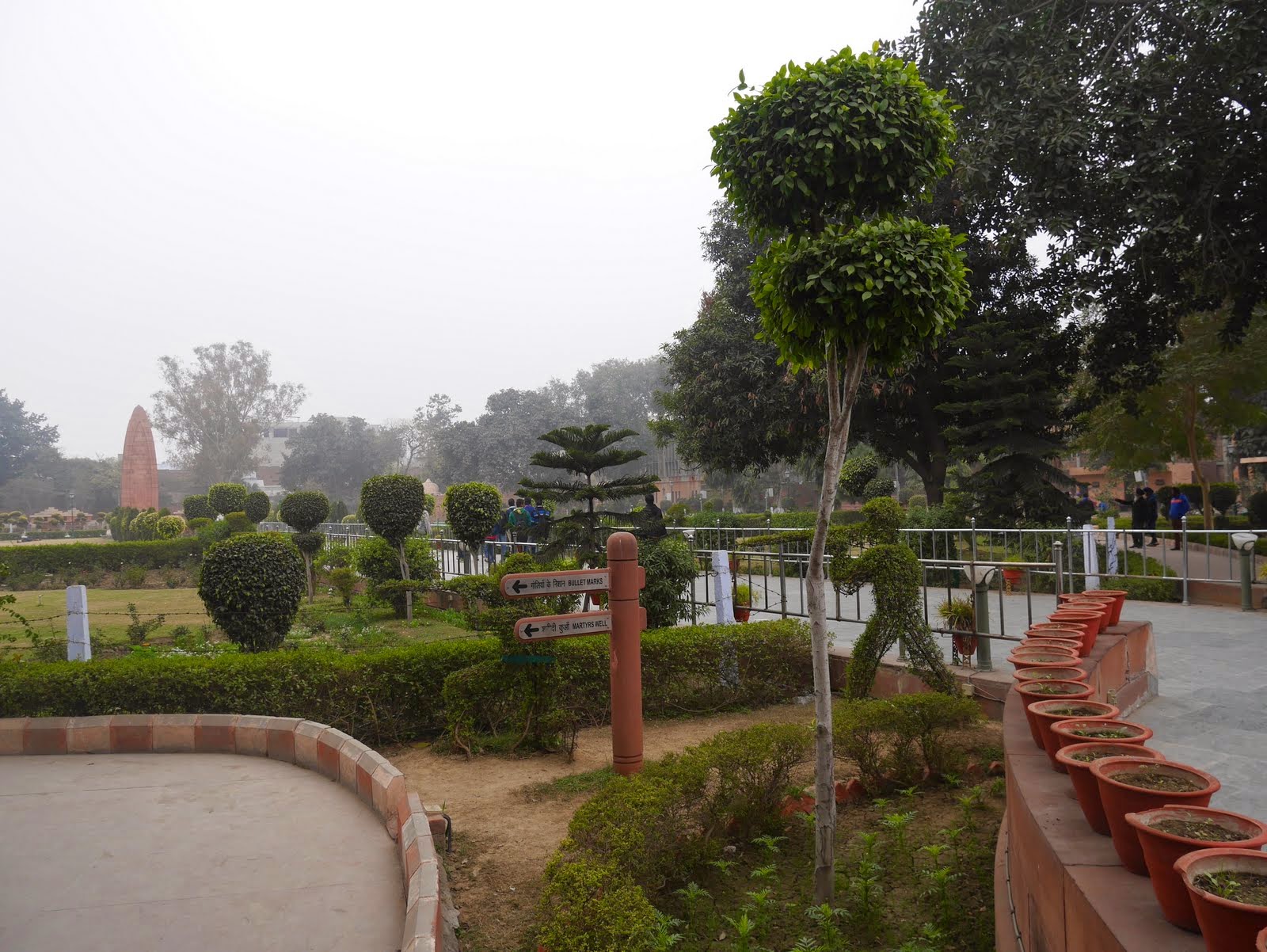 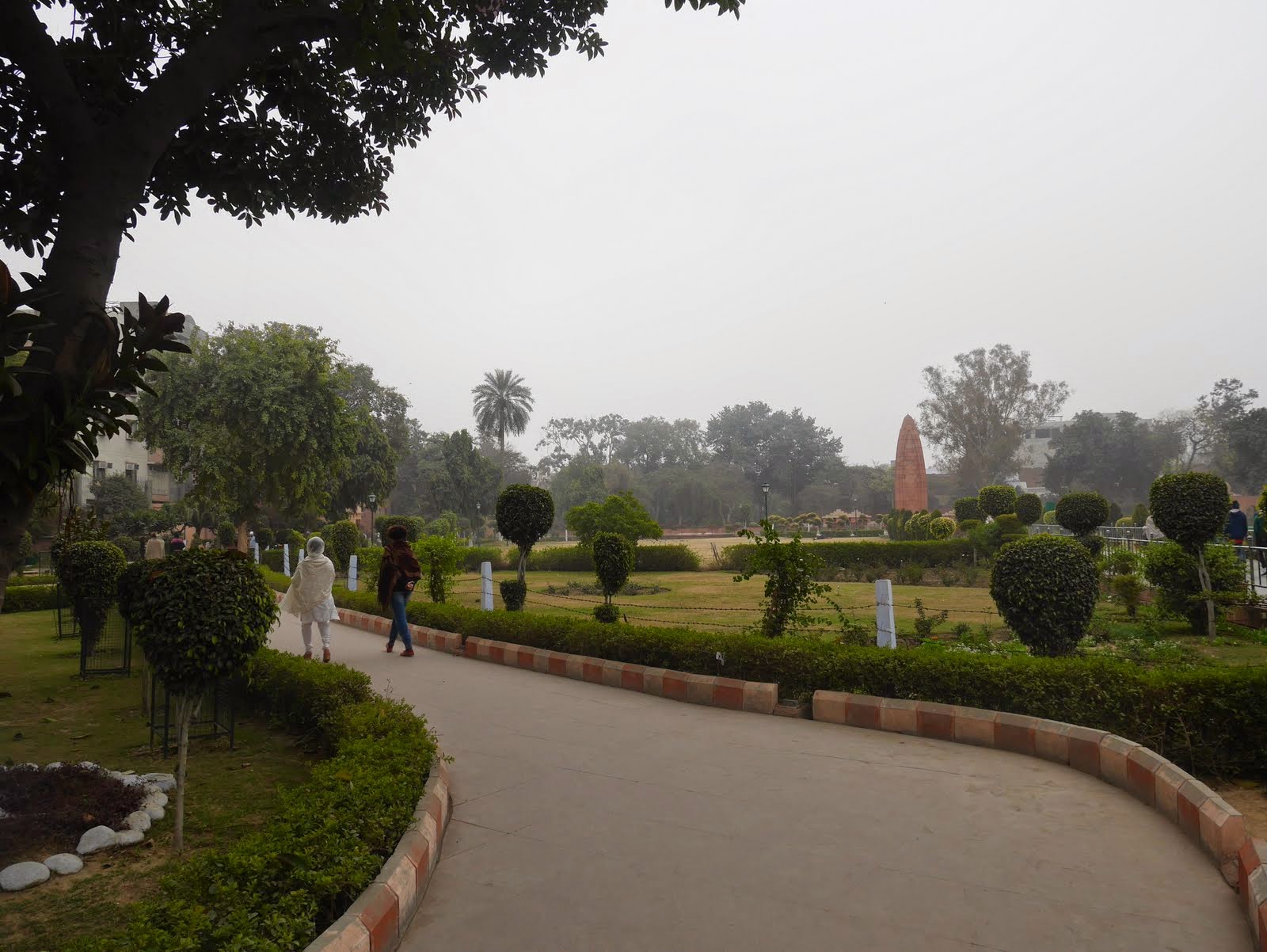 You know that thousands of bullets were fired by General Dyer’s troops. Many hit the structures and walls in Jallianwala Bagh. Instead of just putting up a plaque near the wall explaining the bullet marks, our keepers of the Jallianwala Bagh Memorial have painted, yes painted, white squares around each bullet mark to show us blind, ignoramus what the hole in the wall is. I mean really! Is there not even a smallest concept of conservation? 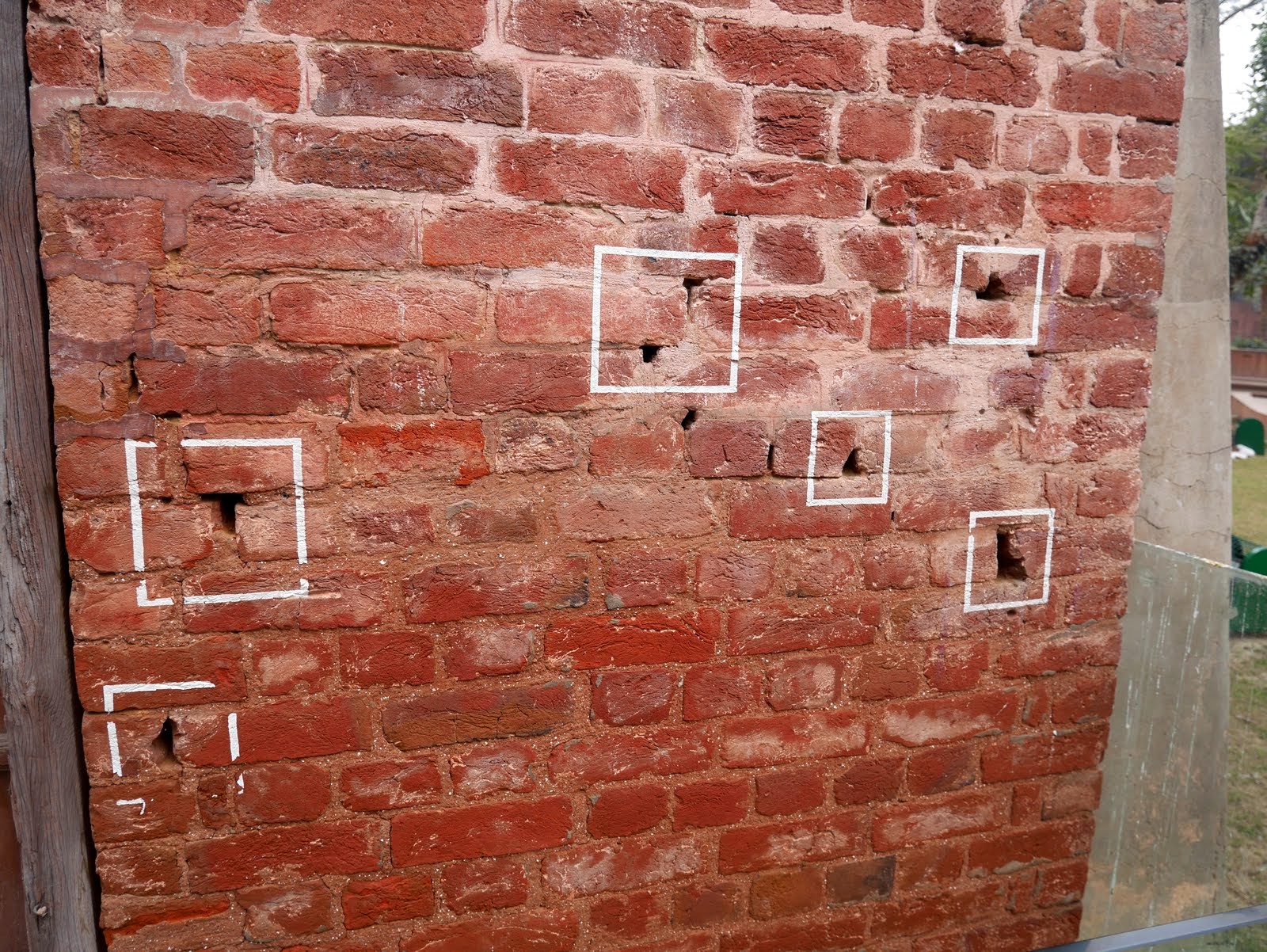 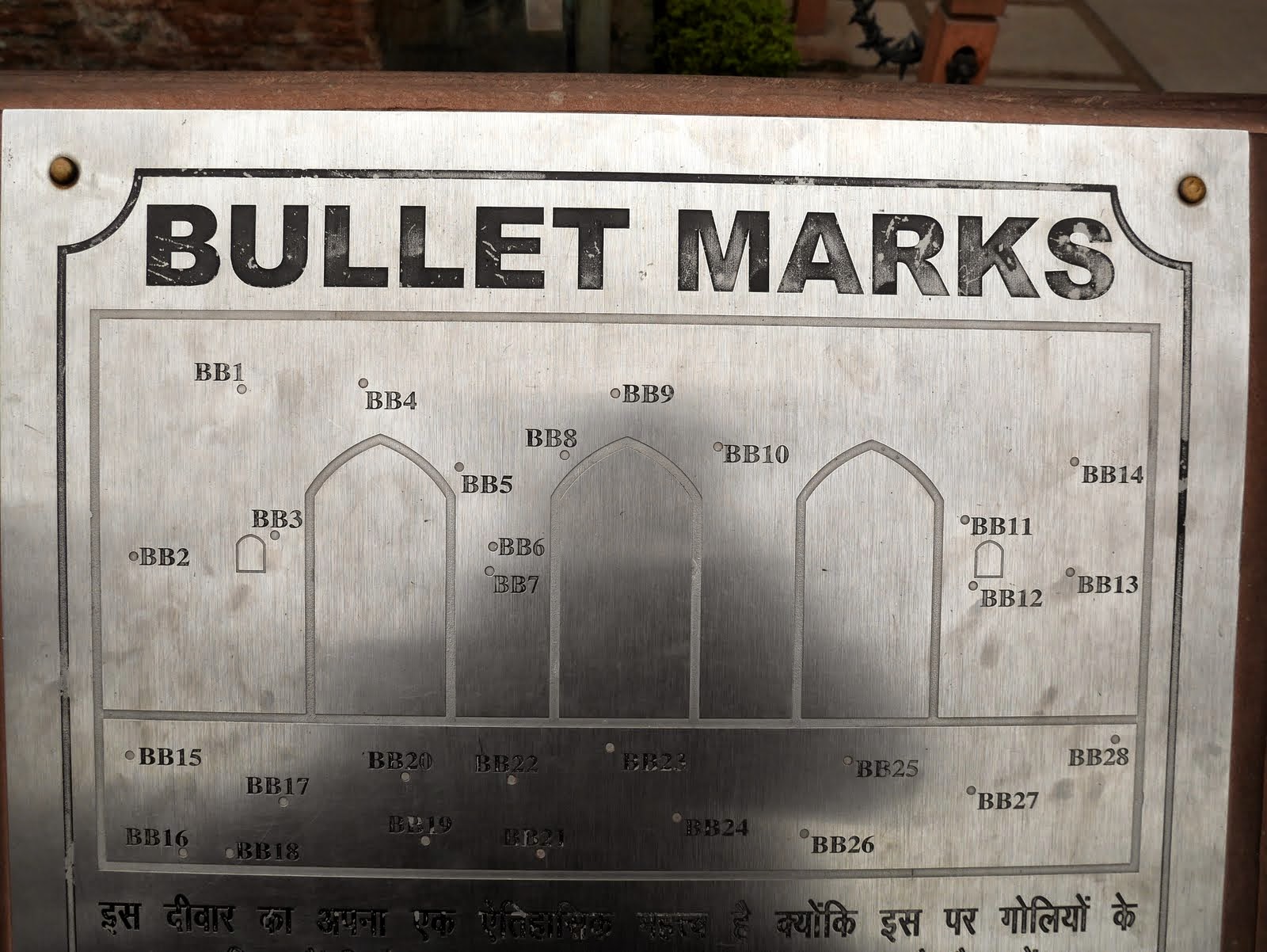 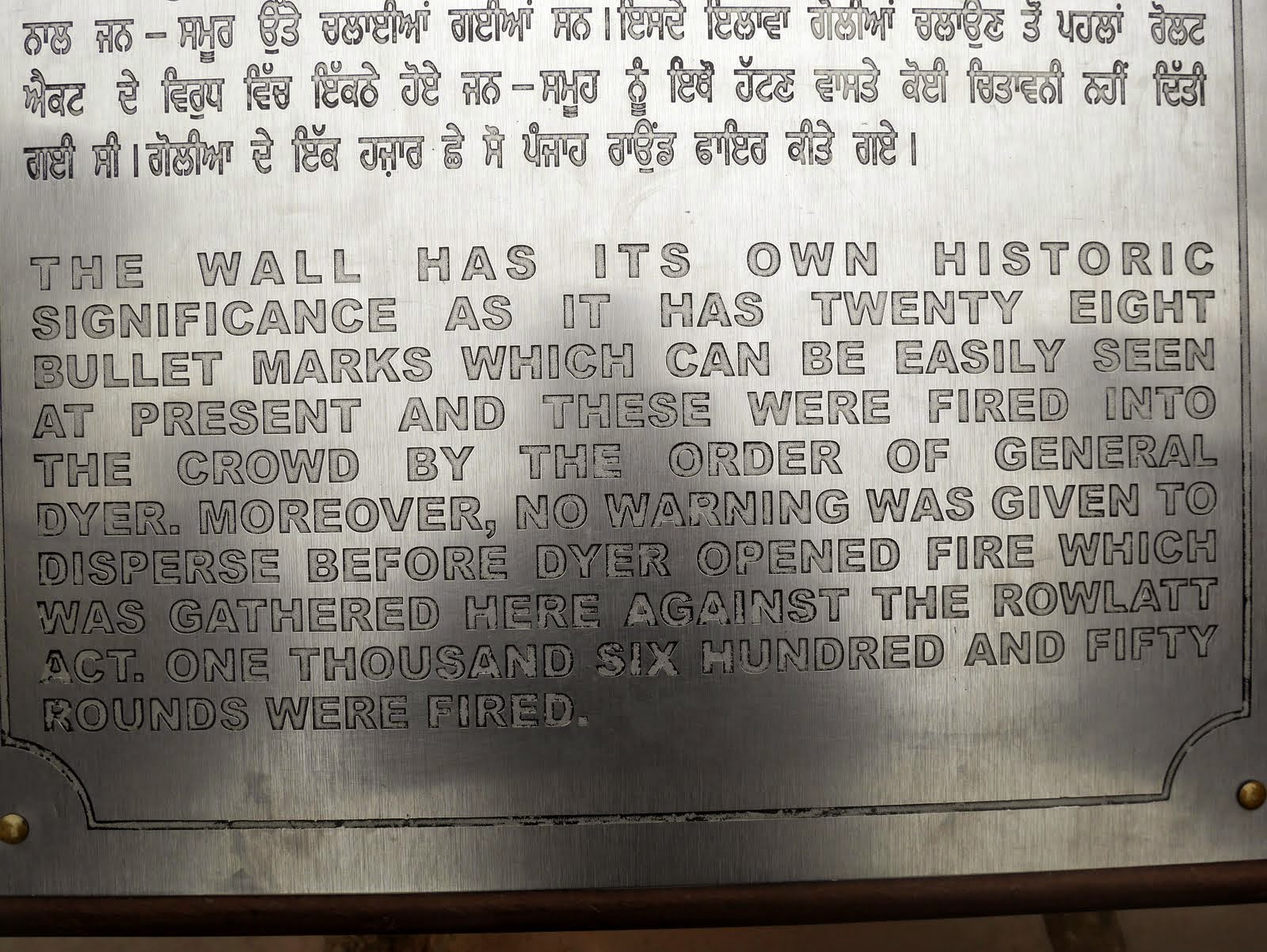 If all this was not enough, in the gardens, we had topiary of soldiers firing their guns. Some soldiers were standing, some in prone position and some down on one knee. This was to my mind the worst insult to what happened at Jallianwala Bagh. Are we a nation of sick people? Is this what was shown to David Cameron when he visited in 2013. I was shocked. 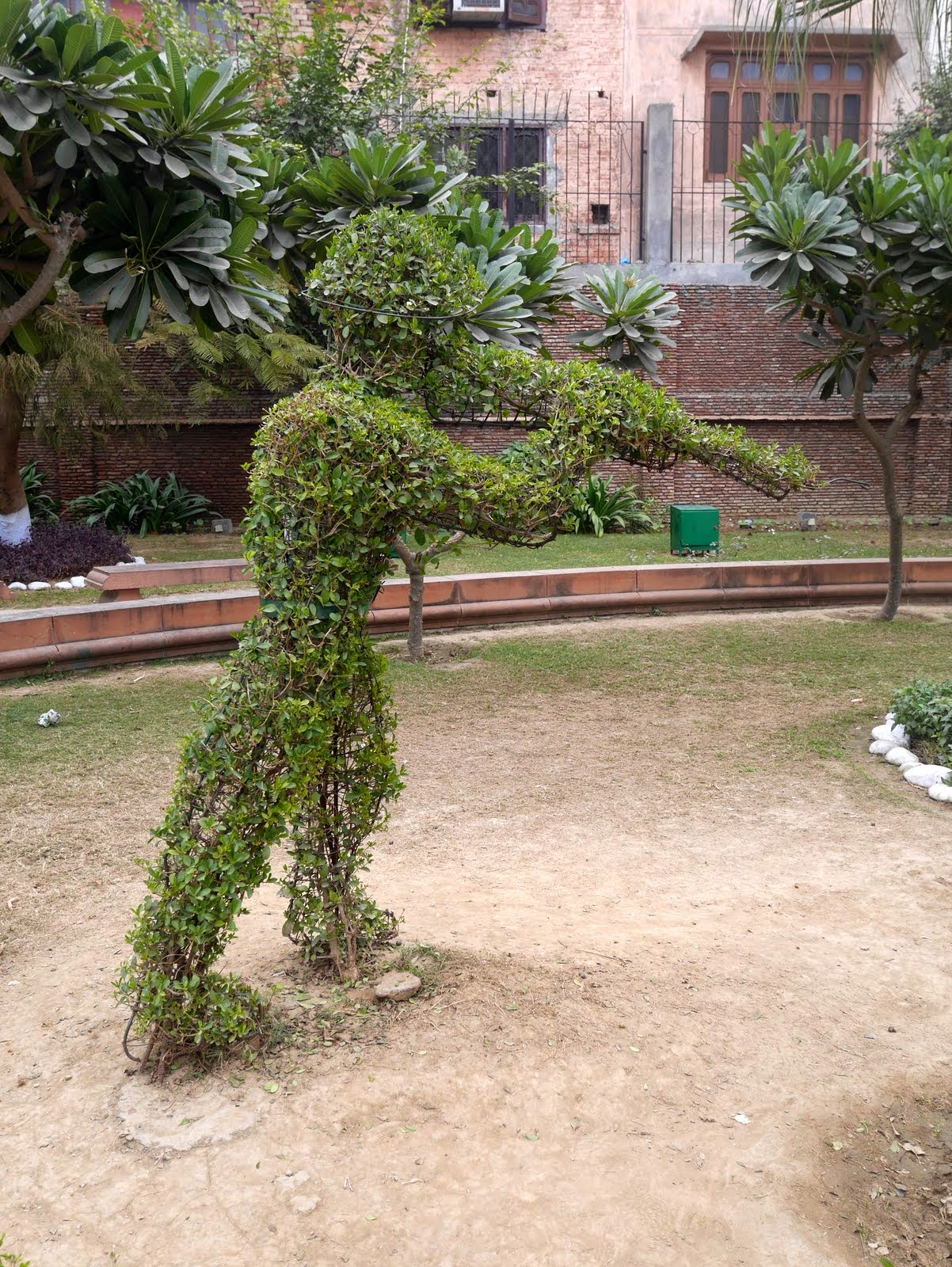 In the preceding paragraphs I had mentioned the well in Jallianwala Bagh. This well has a very sad story. When the firing started, people, to escape the bullets jumped into the well and perished. It is said that 120 bodies were pulled out of the well. Today the well has been covered with mesh fencing of the kind you see as a road divider. Be that as it may. The well is along one of the walls of Jallianwala Bagh. On the other side of the wall are residential buildings with windows overlooking this well. I would not be able to sleep knowing that my bedroom overlooked this well. But that is India. That is the India Story. We will not buy a flat overlooking a graveyard but a flat overlooking a well with such history is fine.

I believe I have written enough.

Posted by Stonethrowers Rants at 6:20 PM