London - this and that

From the window of the apartment we are living in London we can see the US flag fluttering. The flag is on top of the US Embassy which is at Grosvenor Square. Nothing particularly unusual about this. I have been carefully observing this flag. It is not lowered at sunset. It keeps fluttering thru the night. I remember the huge fight that Naveen Jindal had. As always in India we had a whole lot of rules and regulations on the display of the Indian flag. If you are interested have a look at this. Despite Jindals fight, we still have a regulation that says the Indian Flag cannot be displayed at night. Me, being an Indian, seeing that the Americans fly their flag at night just shows how backward they are, how utterly hopeless they are. We Indians have deep pride in our flag. We are so much the better lowering it every evening! 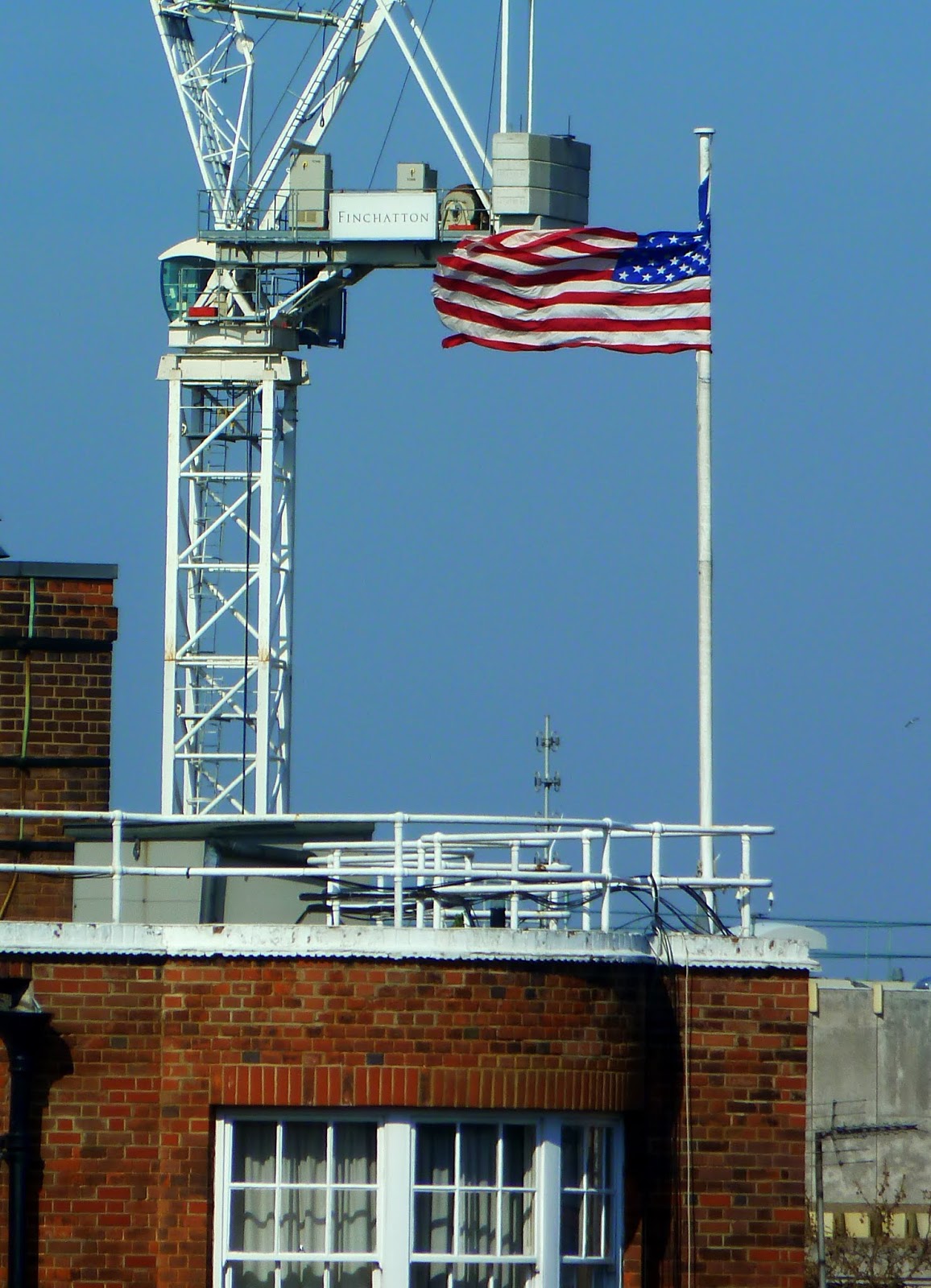 Read the rules. Really, why would anybody bothered raising or displaying the flag in light of this. Just think how ever display of the flag in the cricket matches – think T20 going on now – is a violation. `Gheun Taak Ghorpade” is what comes to my mind. Arrest the lot. Unpatriotic fellows.

We do like a Salad Nicosie. You may have read a previous post on Salad Nicoise. One of the ingredients for this is Tuna. Every time we are in Europe we buy a few tins of Tuna. The best is sold by a company called Ortiz. This is a family owned company with the fifth generation now running it. They sell a lot of different tinned fish, Anchovy, Tuna Sardines and so on. This is normally slightly difficult to get as it is not normally available in all supermarkets. Being a sort of premium product this is found in better delicatessens and more upmarket stores. 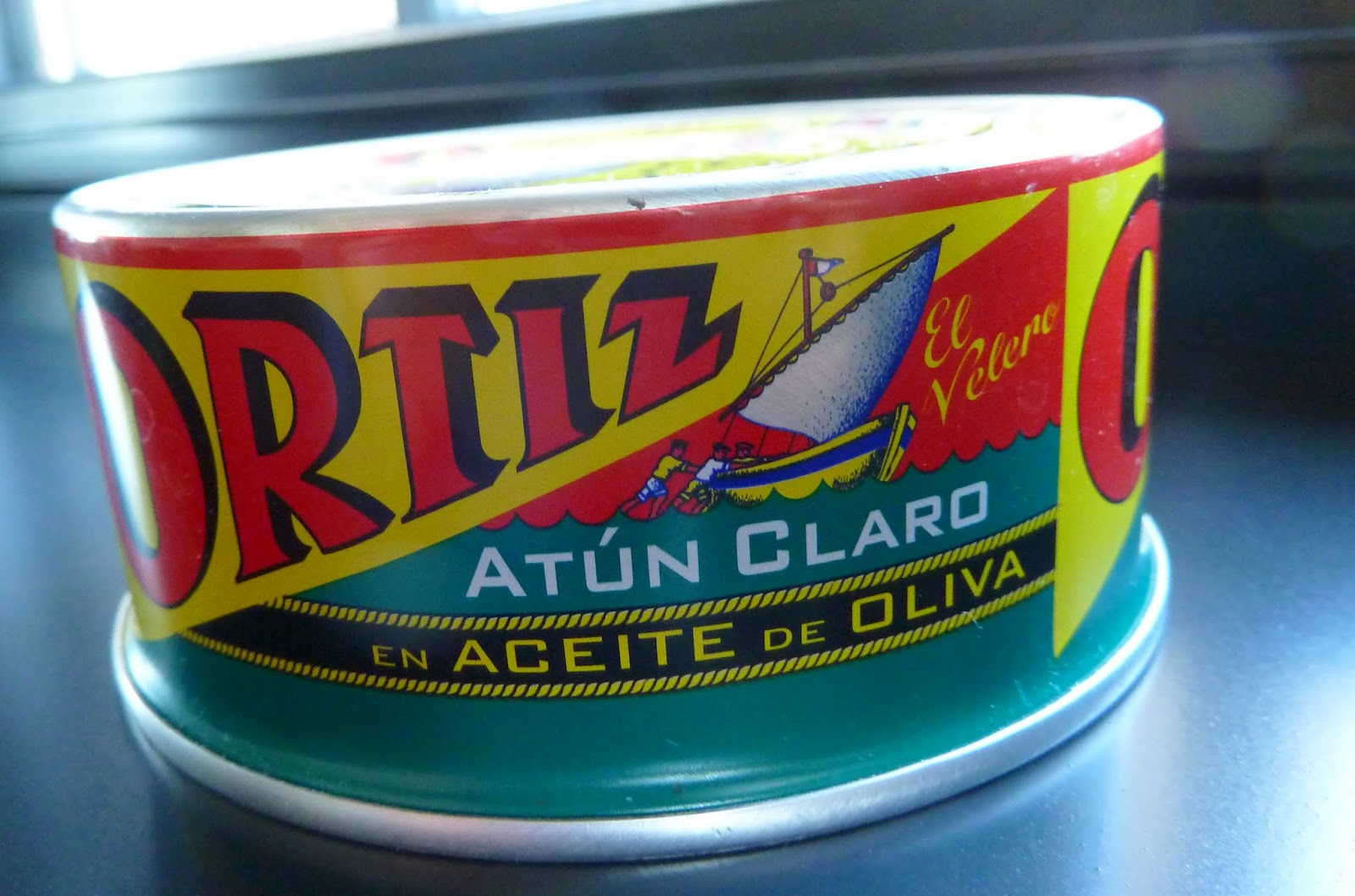 You must remember that in Europe, United Kingdom and the United States of America there is no concept of Maximum Retail Price or MRP as we know it. Here the concept is different. It is one of Caveat Emptor or buyer beware. You should know or make the effort of finding out how much something costs. This is why online shops are so good or successful. There is no MRP. So, consequently, there is no discounting as such. Things are simply sold online, or at different shops at whatever price they think fit. Having regard to this, I keep a pen and paper in my pocket and go from shop to shop noting down the prices of things and then after comparing buy them from the cheapest source.

Now back to Ortiz Tuna. We buy 250 gram tins. Ortiz sells two types of Tuna, a Green labeled tin which has Yellow fin tuna. Yellow fin has a stronger flavour and darker pink colour. The Blue labeled tins have Bonito which is white in colour, supposedly low in fat and very delicate in flavour. Bonito, technically is not Tuna, but that really does not matter. Bonito and Tuna are the same family. Let me show you the results of my fact finding on the price of Ortiz Tuna 250 gram tins.

Do you see the totally shocking differences? The cheapest at 3.99 is hugely cheaper than the most expensive at 7.85. Please also note that the shops are inconsistent in their basic concept. It is not even consistent among the shops that either Yellow fin or Bonito should be cheaper or more expensive. It is simply hit and miss. To top all this, in just October 2013 a mere six odd months before writing this, the cheapest Tuna was at Harrods at 5.50 for a Yellow fin tin.

I am simply amazed.

Posted by Stonethrowers Rants at 10:41 PM