1      The newspapers in London, especially the mainstream dailies, are a very interesting read. We do not live in London, but, despite this there is just so much to hold your interest and to read. Its not just reams and reams of garbage relating to Satya Meva Jayate and the absolute mercenary Aamir Khans latest bleeding heart senanigans. In fact HRH the Queen imperiously pronounced, if she was in England it would take her more than the usual 20 minutes to read the papers so she would have to wake much earlier. Good observation.

2     Recession and property prices are always of interest to us. We feel rather richer when we hear that our homes now cost a few lakh more. Well, here is an interesting story. Bond Street, if you remember the British Monopoly set from your childhood, is one of the more expensive places in London. The biggest brands, especially in the fashion and accessories business, all have their shops on Bond Street. Ferragamo has a shop and has just renewed its lease at a record Pounds Sterling 1000 per square foot per year. To my mind this is a staggering amount. Pounds Sterling 1000 is about Rs 80,000 per square foot per year which means it’s about Rs 6,600 per month per square foot. How much do the hottest commercial properties go for in India? Not much more than Rs 500 I would imagine. This is Rs 6,600 in recession. Boggles my mind. What does this mean? Buy commercial property in Mumbai as rents can rise to somewhere near this figure in future? London is a grossly inflated market? I don’t have an answer but, here is the link from the Financial Times.

3   More on recession and property rentals. A couple of years ago National Geographic, the magazine guys, opened a huge 2 level store on Regent Street. I once again want you to try and remember the British Monopoly set from your childhood. Regent Street is right next to Bond Street, both on the Monopoly board as well as in reality, and, is one of the more expensive places in London. I wondered what would be inside a National Geographic Store, besides the usual cafe? I never did go inside. Walking down Regent Street today, I noticed the store is gone and in its place is a Japanese clothing store Superdry. National Geographic has shifted with effect from 16th December 2011 to Brompton Road. What a colossal waste of money.

4     I had lamented that the famous HMV on Oxford Street had shut down. It has become a Desigual clothes store. Old times will recall the Tower Records store at Picadilly. Well that too shut down and has become the Sting, you guessed it, a clothers store. People have more money to spend on clothes which are a totally depreciating commodity than on a CD which can charm you for years and years. I mean even if you get fat you can still listen to your CD while your clothes are gone.

5.   The UK is getting ready to celebrate the Queens Jubilee. The real Queen of England that is. Many of the large streets have the Union Jack flying. The street does look quite attractive. In India we have no one who is a central leader for us. Pratibha Devi Singh? You must be joking! 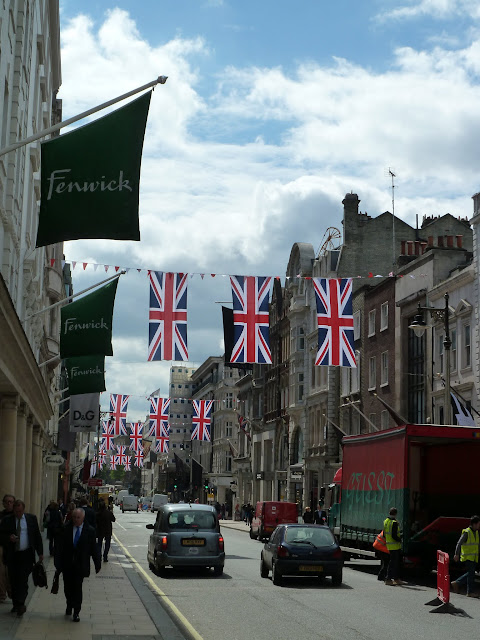 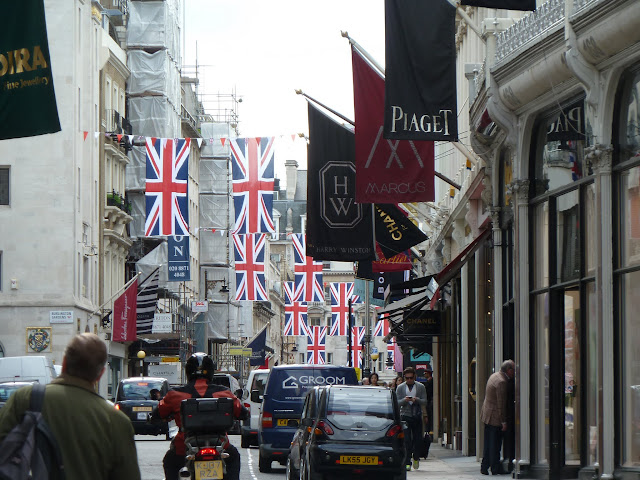 6.   A Blue Plaque is a permanent sign installed in a public place to commemorate a link between that location and a famous person or event, serving as an historical marker. The world's first blue plaques were erected in London in the nineteenth century to mark the homes and workplaces of famous people. Quite often when walking you see these Blue Plaques, and, for me, its often a thrill recognising some of the names and realising where they lived.  The rules for installation of the Plaques are clear and unambiguous. Here they are for you.

In order to be eligible for an English Heritage blue plaque in London the famous person concerned must:

have been dead for twenty years or have passed the centenary of their birth. Fictional characters are not eligible;

be considered eminent by a majority of members of their own profession; have made an outstanding contribution to human welfare or happiness;

have lived in that building in London for a significant period, in time or importance, within their life and work;

be recognisable to the well-informed passer-by, or deserve national recognition.

With regards to the location of a plaque:

Plaques can only be erected on the actual building inhabited by a figure, not the site where the building once stood (but in exceptional circumstances they may be put onto reconstructed buildings which have exactly the same façade on the identical site);

Plaques are not placed onto boundary walls, gate piers, educational or ecclesiastic buildings, or Inns of Court;

Buildings marked with plaques should be visible from the public highway;

These are two Plaques I pass quite often when walking. 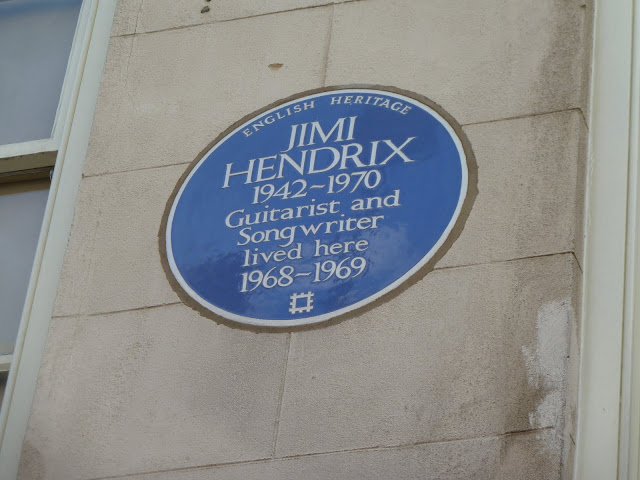 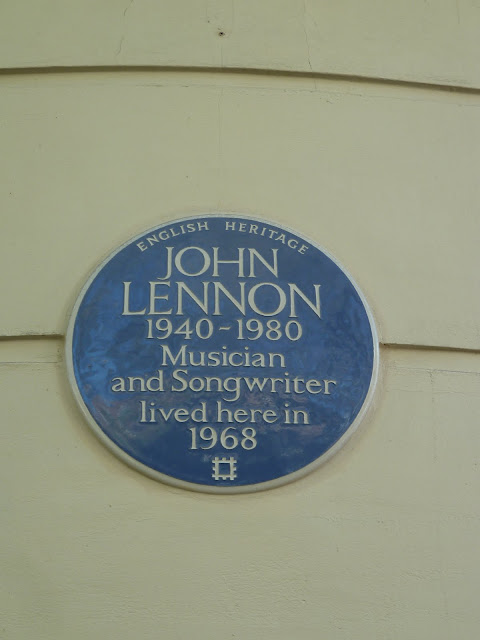 Posted by Stonethrowers Rants at 12:13 PM