Since I was in college, which was when book shops had some meaning, and, there was no Flipkart and it was not really feasible to order a book from Amazon, I spent a lot of time in the various book shops we had. Strand Book Stall, Crosswords, Landmark in Chennai [they did not open in Mumbai until much later] and the now defunct Fountainhead in Chennai, the nutty Higginbotham’s and Gangarams in Bangalore, Manneys in Pune were on my list whenever I was in those cities. Later as I started to travel out of the country a visit to a book shop and a music shop was the high point of my trip. I was, and still am quite passionate about western popular music. So when visiting these book shops, browsing thru the Music/Performing Arts sections was a must and over the years I acquired a sizeable collection of books on music.

Some 10 years ago, I bought a book called “What’d I Say” – The Atlantic Story. 50 Years of Music. This was written primarily by Ahmet Ertegun the founder of Atlantic Records one of the greatest record labels. The book was huge, heavy and cumbersome and it had some 900 photographs and 160,000 words. I read it over a few days and kept it away. It remained on a shelf for quite some time, right until this week when I took it down, dusted it, and started to browse thru it again.

From my later years of school my interest in western music developed and grew. I remember carrying Long Playing records i.e. LPs to school to exchange them with my classmates Cyrus, Kushroo, Uday and others. I remember going to Rhythm House at Kalaghoda and sitting in the booths they had, auditioning records before deciding to buy them. Of course you know that LPs are generally nonexistent now and the listening booths at Rhythm House are a distant memory.


All of us, initially, cut our teeth listening to the Beatles, who does not like them? Then, one morning on a Sunday, I went to Eros Cinema at Churchgate to watch Woodstock in what was known as a `morning show’ – 10 am at reduced rates. That one movie changed me forever. Here, on screen, in Technicolor, were musicians I had never heard nor seen. The music was absolutely electrifying and performances I had never dreamt possible. The images of the Who singing `Touch Me Feel Me Heal Me’ with Pete Townsends arm rotating violently playing the guitar, the image of the racially integrated, mixed gender Sly and the Family Stone singing `Dance to the Music’ with a sound so irresistibly funky. It has has never left me. Who can forget the images and sound of the Jimi Hendrix Experience play Star Spangled Banner? Suddenly, it was an awakening, I thought ‘what is this rubbish I am listening to?’, Please Please Me, Love Me Do, Help and other such favourites. I needed something more. From then on, it was goodbye Beatles, hello rock, funk, blues, R&B.

My tastes remained within the confines of these genres, rock, funk, blues, R&B. Most of my college friends had similar tastes though their favourite bands may have been different from my favourites. For us, Hindi film music was the worst type of music one could listen to. The absolute dregs. Anyone who listened to that was instantly branded a `Vernie’ [short for vernacular – meaning the person had studied in a non English, vernacular medium of instruction school]. One rung above Hindi film music was disco, which was all the rage in the 1980’s. A person who listened to disco was not necessarily a `Vernie’ but certainly someone who had to be seriously looked down upon. Slightly better than disco was pop music. This person had to be pitied. He was capable of making the jump to serious music. He needed persuasion and exposure. By the same token, someone who listened to the blues or jazz was to be admired. This was a man of class, knowledge and someone to admire, hang out with and borrow music from. Today some almost 30 years later I still cannot stand Hindi film music.

Then, last week I took down “What’d I Say” – The Atlantic Story. 50 Years of Music and another realisation swept over me. 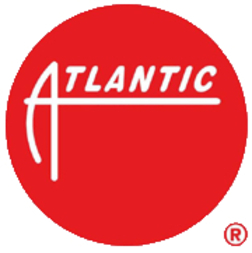 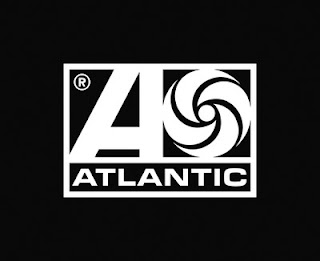 By way of background, Ahmet Ertegun and his brother Nesuhi were the sons of the Turkish Ambassador to Paris, London and then Washington. Both were deeply interested in music and in 1947, after borrowing USD 10,000 from their dentist Ahmet along with his friend, founded Atlantic Records. The first recordings by this fledgling company were in what was then considered the contemporary and cutting edge genre - Jazz. To cut to the chase, these earlier recordings were a huge success and Atlantic Records influence and fortunes grew in leaps and bounds. It still exists today.


The point I am getting at is something like this. Many of us have rather fixed notions of what we believe is ‘music worth listening to’. As I have written earlier, my tastes are somewhat Catholic, I do like many genres but draw the line at Hindi film music, gazals and classical music, both Western and Indian. These I will not listen to. Conversely, many others have no interest in anything except Indian Classical and so on and so forth. I have also said that we did look down on those who listened to music that we considered inferior or beneath us, like disco or pop. Our tastes are quite parochial and we are rigid in our likes. When I was reading “What’d I Say” – The Atlantic Story. 50 Years of Music, I realised how really narrow minded I was.

By the same token, how truly Catholic Ahmet Ertegun was in his music selection. As the boss and owner of the record label he had to be aware of investments the company was making in musicians, especially considering the costs of recordings, promotions, concerts and fees. This would especially be true of the larger star musicians. As a boss, would he have had to like the music if he wanted to invest company money in it? Or would he have been just a shrewd businessman who was convinced that the musician would reap huge profits for the company? I looked at some of the musicians that were signed up by Atlantic Records:

I will not burden you with selections from later years. But do you see the diverse musicians? Led Zeppelin and Abba on the same label? Boney M? Were they not really the worst, disco and pop and cartoons?

How does this work? Is it a genuine love for music; or, is it a realisation that the band will make money i.e. the pure mercenary attitude? Is it the product of a man without any likes but just an ability to recognise hit-makers? I really do not know. To my mind surely, to invest so much in a musician, you must like them. If the owner of a company has such an open mind in his choice, why are we as listeners so choosy? I have no answers. Am I going to listen to Hindi music? Nope.
Posted by Stonethrowers Rants at 1:51 PM