Airline food is everybody’s beta noire. The vegetarians hate it. Meals classified as Hindu Meal, or Asian Vegetarian, are a bit of a disaster what with salads containing decidedly suspect grilled artichokes or, horrors, mushrooms!! We Indians have this unique concept of alien food `looking non veg’ and therefore wholly suspicious. We have heard and read, ad naseuam about the complex processes each dish has to go thru before reaching the hapless passenger, which results in the food being dead on arrival. Furthermore, the altitude and dry air in the aircraft further detract from the taste. Frankly, the problem seems to be more than just the assault on the food by heat, altitude and dry air.

The first problem is that quite often, the airline presents you with food that is definitely strange, misbalanced and a nutritional disaster. For example, I have been on flights where you get a sandwich, a cutlet encased in potato and a pastry. This is a carb overload. An athlete undergoing heavy training would be pleased with such a selection but this is not something for normal souls. Poor menu selection.

The other reason why there is so much unhappiness, in my view, is that we as passengers are just unwilling to eat food that is out of our normal diet. No south Indian is going to be overjoyed eating a very North Indian Rajma or Paneer. Similarly, a Dravidian Bisi Bele Bhat is rather a tough call for a North Indian who views anything South India other than the bog standard Idli Dosa as non food. I have also noticed that despite airlines best intentions, Indians just do not like eating a cold sandwich. They want it toasted. A few days ago, I was on a flight and had the dubious privilege of having as co-passengers some of the lesser members of the vanquished Indian Cricket Team. Ravindra Jadeja is a promising all rounder, I believe. He can face the fastest bowlers hurling a cricket ball at him at speed more than 150kms with aplomb. But, I must say he was well and truly beaten when faced with a salad and a cheese sandwich. He asked the hostess if the sandwich could be heated or toasted in some way. He abandoned the sandwich and ate the salad with much reluctance after dousing it with dressing.

Then of course, we have problems with textures and viscosity of food. We love food with lots of liquid, be it a Daal or a gravy, we need the liquid. This is not something that can be catered for on board. Most `Conti’ food is decidedly dry by comparison and the vegetarian meals ordered are also very dry. So there is not much joy eating this.

It’s indeed ironic that it has now become politically correct to say that airline food is terrible and that you are better off eating before you board. To say that you like airline food means you are somebody with a diminished mental ability or someone with nonexistent taste buds.

The truth, as always, is somewhere in between. The food is normally quite decent and extremely palatable. You must have read my post on the Maharaja Thaali served on Kingfisher. That was the perfect food to serve as repeated heating does not affect Indian curries. Airlines do make a genuine effort I believe. There are times when the food is terribly affected by the repeat heat cycles resulting in dried out food and washed out overcooked vegetables. My question is that how can any food served by an airline be worse than eating ice cold stodgy Methi Theplas with pickle? Just be a little less fussy and eat your food for God’s sake.

Have a look at some of the better food served. 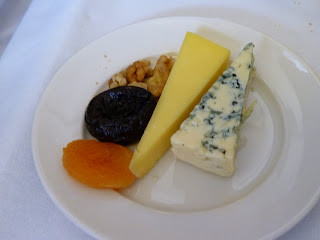 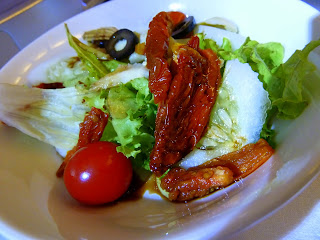 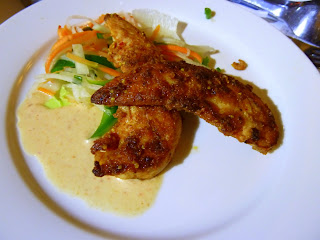 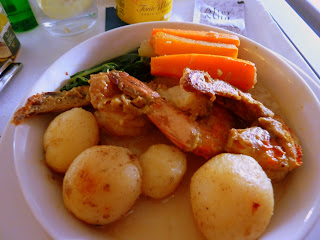 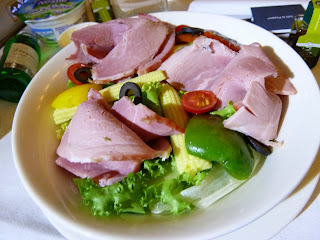 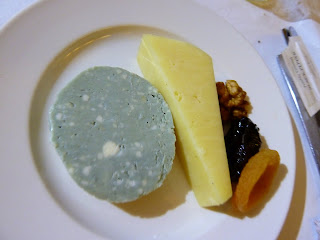 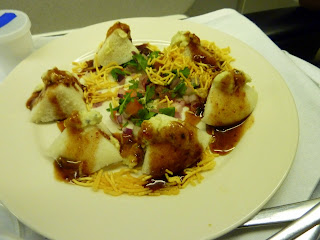 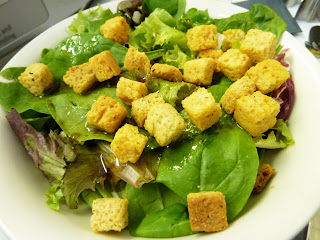 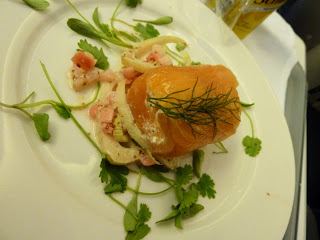 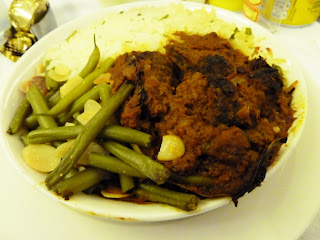 Posted by Stonethrowers Rants at 4:46 PM